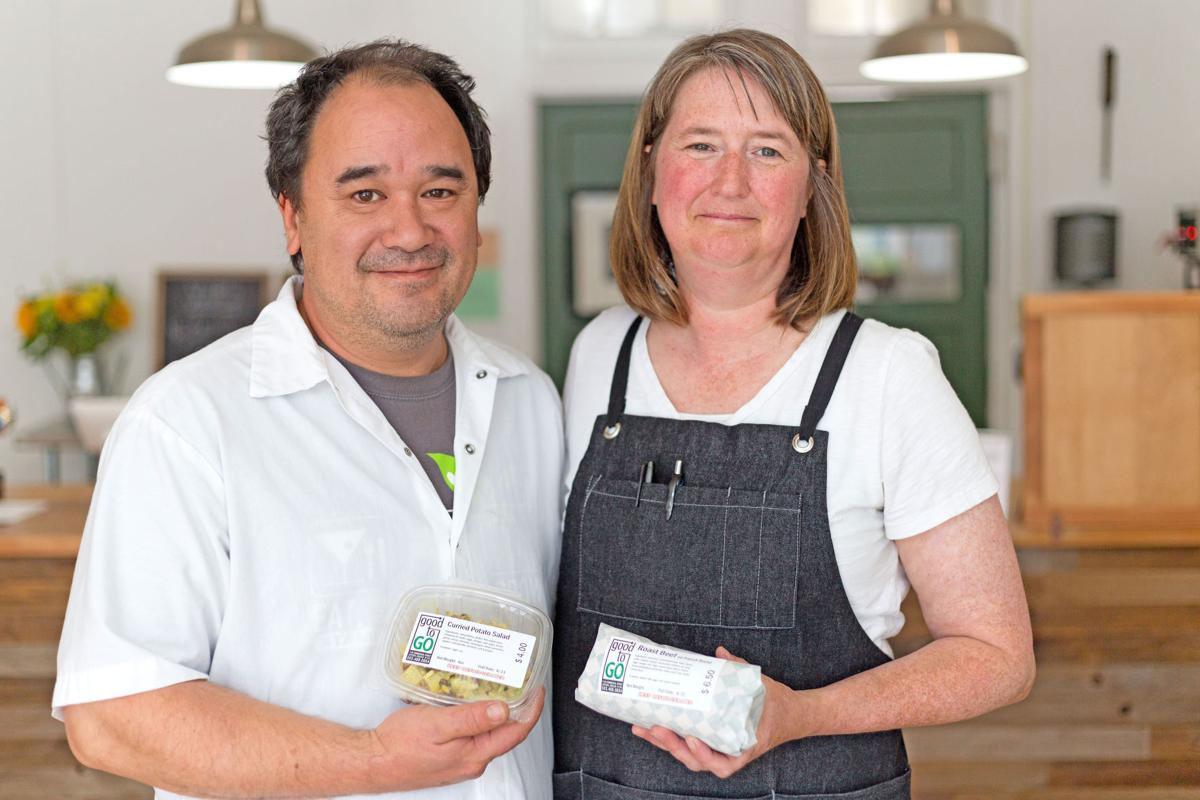 Daniel and Heidi Dlubac are the owners of Good to Go, a to-go soup, salad, sandwich and pastry shop at 1132 Commercial Street in Astoria. 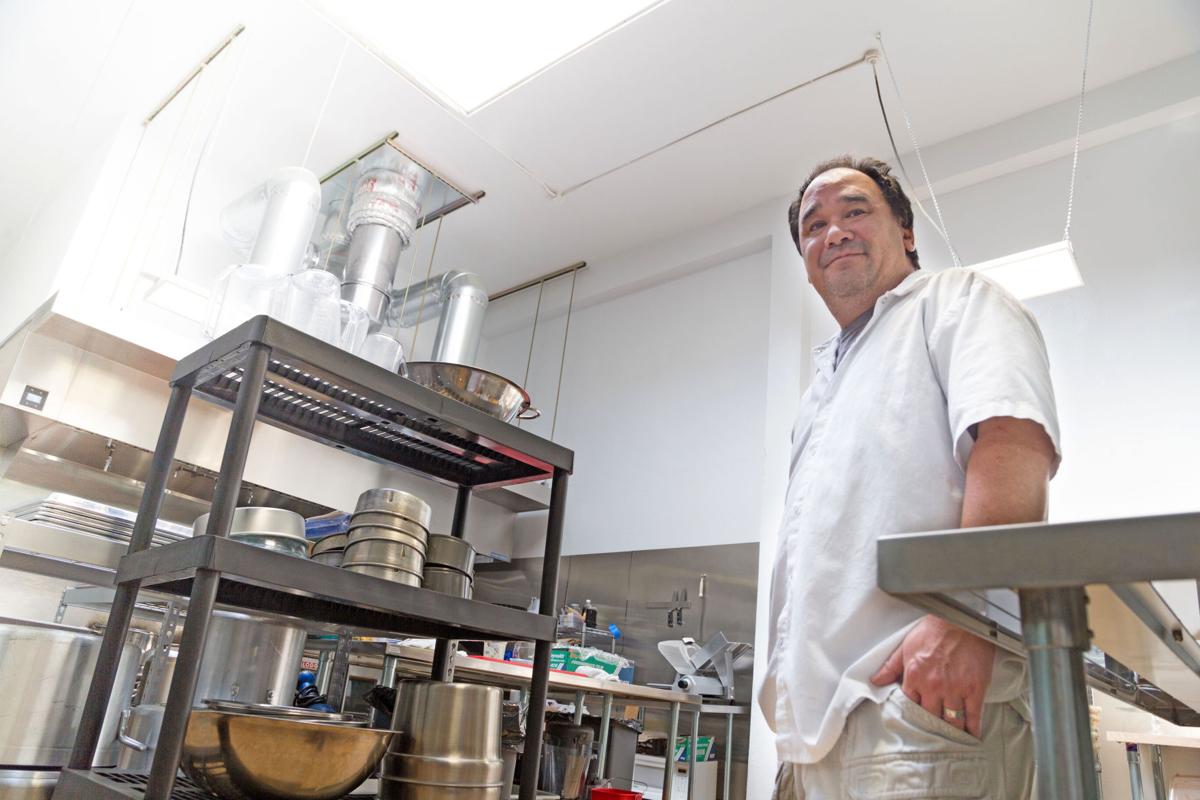 Daniel Dlubac is the chef and makes everything in house. “People can tell when you do something with love, it shows,” he said.

Daniel and Heidi Dlubac are the owners of Good to Go, a to-go soup, salad, sandwich and pastry shop at 1132 Commercial Street in Astoria.

Daniel Dlubac is the chef and makes everything in house. “People can tell when you do something with love, it shows,” he said.

ASTORIA — Daniel and Heidi Dlubac loved Astoria before they lived here. Each time they visited, they talked about one day opening their own business. The dream is now reality with Good to Go, a to-go soup, salad, sandwich and pastry shop at 1132 Commercial Street.

“We make everything in house, all our own stocks and bases for soups,” said Heidi.

“We roast our own meats for the sandwiches. We incorporate love into everything we do.”

Turkey, roast beef, caprese and roast vegetable sandwiches are made fresh daily along with salads from local producers.

“We wanted to have a good variety of sandwiches and include vegetarian and gluten-free options,” Heidi said. Much of the produce in the salads is locally sourced and will change with what’s in season. Blackberry Bog Farm and Preservation Farm in Knappa is among their local suppliers.

“The last order, we got beets and kale,” Heidi said. “It all depends on what they’re harvesting at the moment.”

Opening the business was a dream come true for the couple.

“I think it’s every chef’s dream to have their own place and coordinate what comes out of the kitchen,” Daniel said. They secured the space on March 1, and remodeling what was formerly Lindstrom’s Danish Maid Bakery began. Some cooling racks from the former bakery still remain, but little evidence of the former business persists today. All the surfaces were scrubbed clean and repainted. New flooring was installed.

“Everything in the kitchen has basically been replaced,” Heidi said. “The plumbing and electrical was upgraded as well. It’s an older building and one projects sparks five others.”

David called the undertaking “a labor of love.” The ample kitchen, with an expansive ceiling space, skylight and glistening walls, are now his favorite aspect about the space.

“I feel like I’m among the chosen few. I get to hangout in the kitchen, make good food and listen to my favorite band on the radio — a lot of The Grateful Dead,” he said. Seeing the feedback from satisfied customers is the most rewarding part for Daniel.

“Making good food makes people happy, and that’s the best part of my job,” he said.

Heidi and Daniel typically arrive at about 6 a.m. daily and prepare the day’s sandwiches shortly before opening. Heidi, whose previous work experience included urban planning and construction management at the University of Washington, crunches the numbers while Daniel focuses on the food.

“My only experience in the restaurant industry is being married to my husband for 20 years,” Heidi joked. Daniel attended at the Culinary Institute of America in Hyde Park, New York. The private culinary school specializes in culinary, baking and pastry arts education. Following graduation in 1990, he began working as a sous chef at “one of Chicago’s oldest French restaurants.” The couple moved to Seattle in 1997, where Daniel worked at several restaurants and facets in the industry from pastry to personal chef.

“I’ve been working in restaurants since I was 11,” Daniel, 49, said. “Over the course of my career, I’ve worked in just about every aspect of the kitchen.”

Heidi and David have been surprised by the strength of community support.

“We’ve had so much support, even before we opened,” Heidi said. “It’s been phenomenal.”

It was the community and the people they initially met who convinced them that Astoria was a perfect place to plant their business.

“We just liked the community, that was the biggest selling point,” Daniel said.