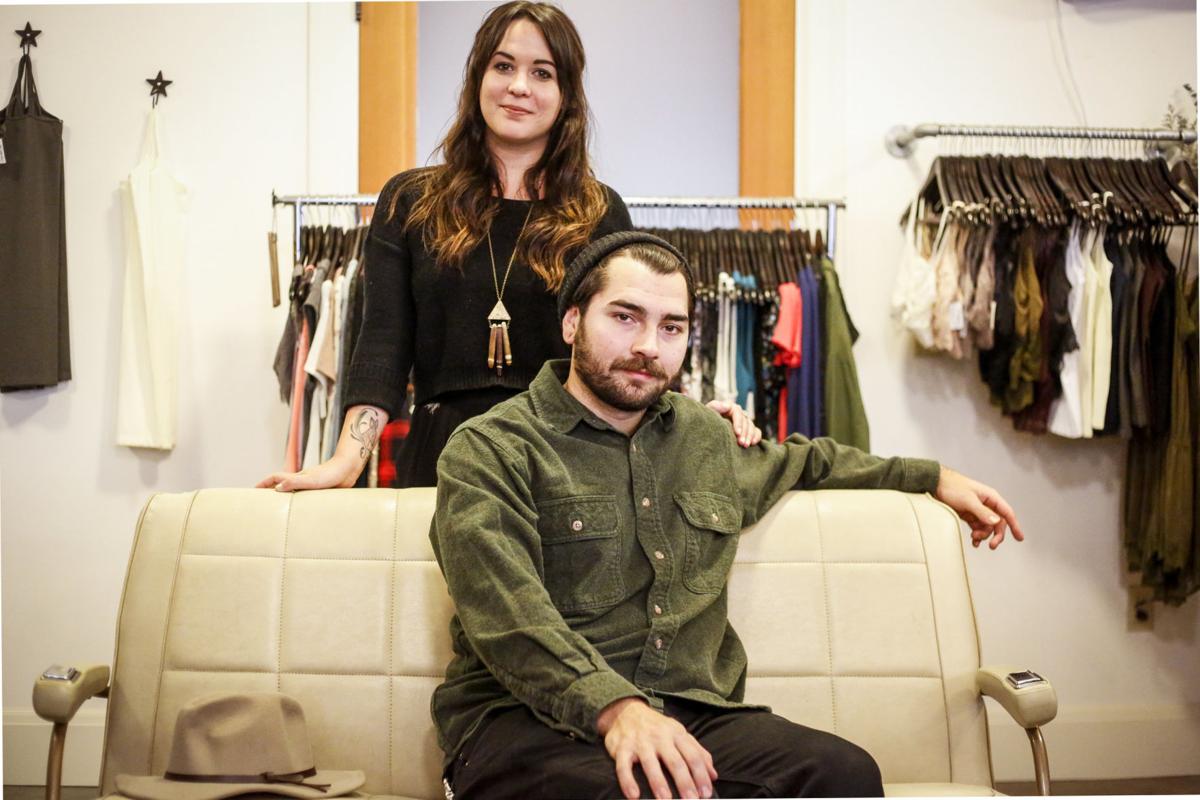 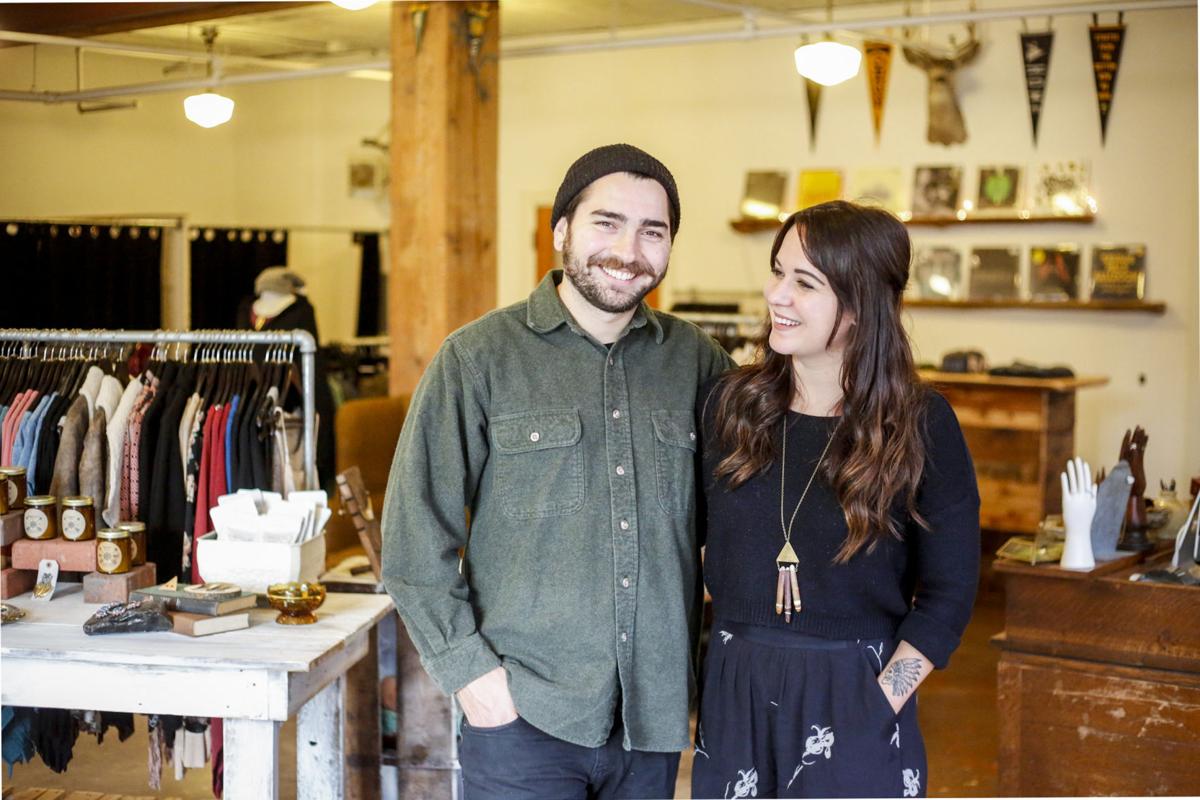 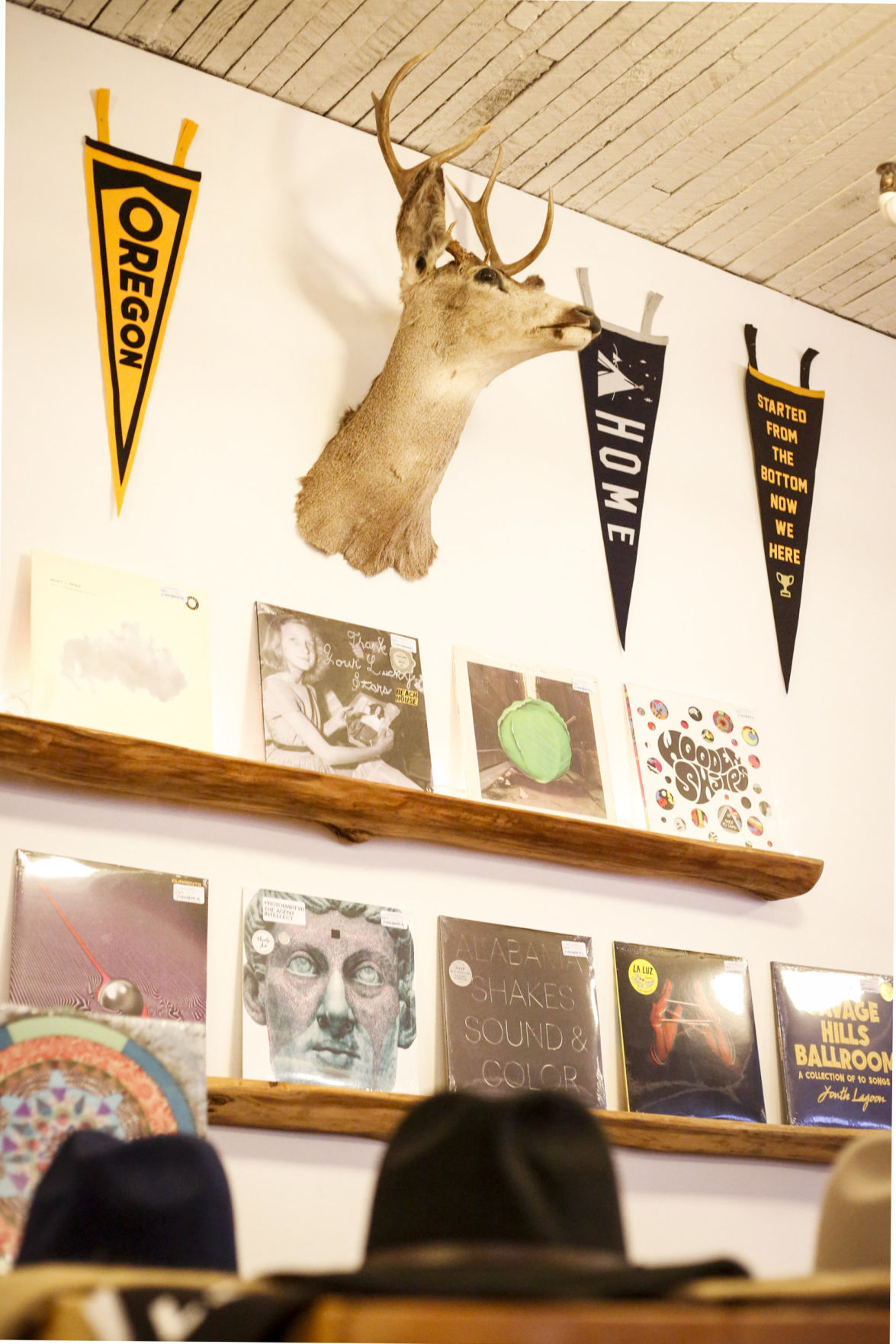 Hats and records are on display for sale at the back counter of the store. 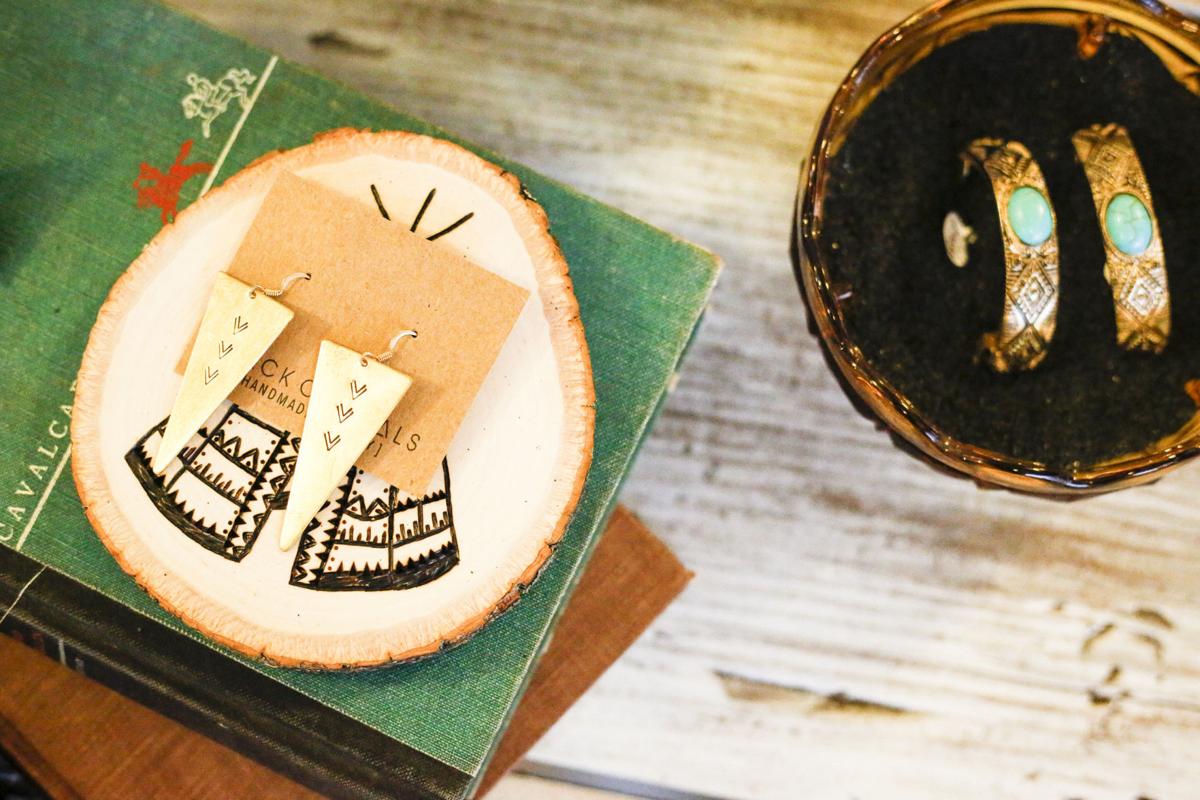 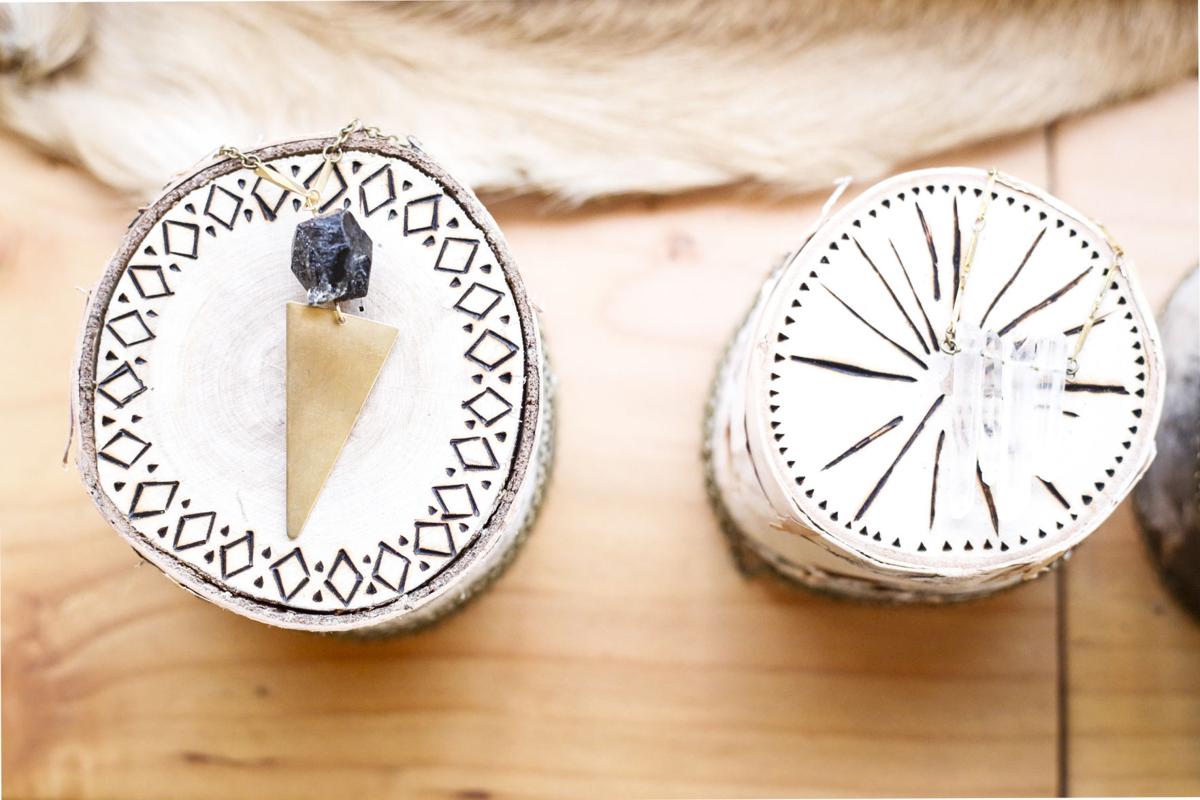 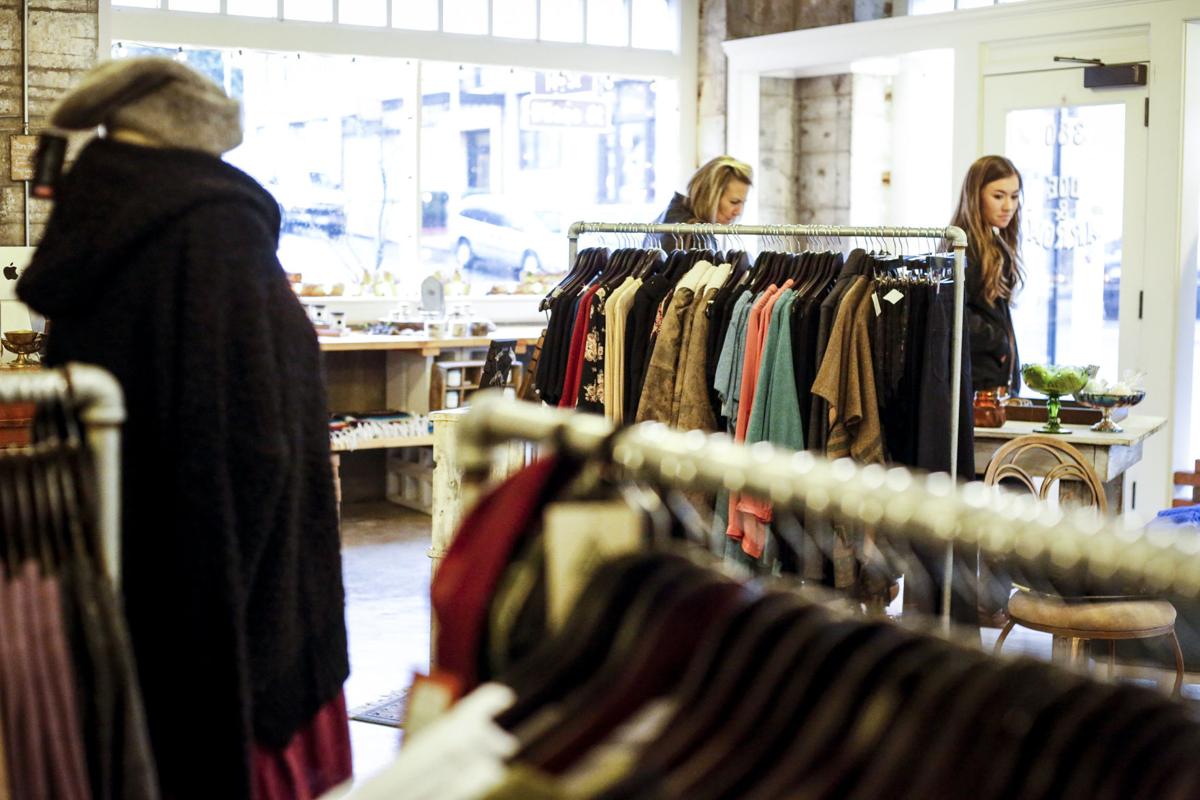 Shoppers look through the selection of clothing and jewelry at Doe and Arrow.

Hats and records are on display for sale at the back counter of the store.

Shoppers look through the selection of clothing and jewelry at Doe and Arrow.

Doe and Arrow in July with eye toward serving locals

ASTORIA — When they opened their shop in downtown Astoria, Portland transplants Chelsea Johnsen and Austen Conn were trying to fill a niche in the city’s shopping options.

Their store, Doe and Arrow, opened in July. Since then, the pair have been striving to create a store with a focus on locals shopping for fashionable clothing downtown.

Both Johnsen and Conn have pulled from their backgrounds to get the business off the ground.

Conn spent time working at a high-end camera store, a job that gave him experience working with customers who were particular about the products they bought, he said. His experience there and at Buoy Beer Company, where he works now, prepared him for some of the technical aspects of running the store, he added.

Johnsen started working in retail as a teenager, and moved through the corporate sides of companies including Nordstrom and Anthropologie before starting her work at smaller clothing boutiques, she said. It was her experience on the smaller end of the clothing business spectrum that made her realize that opening her own boutique was what she wanted to do.

About four years of planning later, Doe and Arrow opened its doors, and Johnsen said her experience at other fashion businesses has been a boon in everything from management and customer service skills to understanding how to reach customers to create a following.

“Even with distinguished businesses... the hardest thing to do is create a following and keep that following,” Johnsen said. “We are so fresh and new our goal is just to have a good, loyal, respected following and then treat them well.”

Johnsen and Conn have relied primarily on word-of-mouth advertising to build a customer base for Doe and Arrow, Conn said. He said their aim is to develop a relationship with their customers using a combination of word of mouth and social media.

“On the day to day I think that’s one of the most important things we do is just try to make little efforts to kind of get the word out and let at least one person know who might have not known yesterday,” Conn said.

The shop offers a selection of clothing, accessories and records, an inventory is selected with Johnsen’s vision for the business in mind, she said. That vision includes catering to a customer base that likely doesn’t have a large budget for luxury items, she said.

Johnsen restocks the store regularly and rarely reorders items, she said, an intentional move in a small-town market to keep inventory interesting for local shoppers.

The shop has already seen quick growth from when it opened its doors this summer, Johnsen said, but for now the focus is on keeping the store’s growth sustainable without overreaching what they are capable of handling, Conn said.

“I don’t feel this weird urgency to go out and try to make it — right now at least — bigger than what it is,” Johnsen said. “I feel like from day one of when we opened to now it’s already grown so much, which is great.”