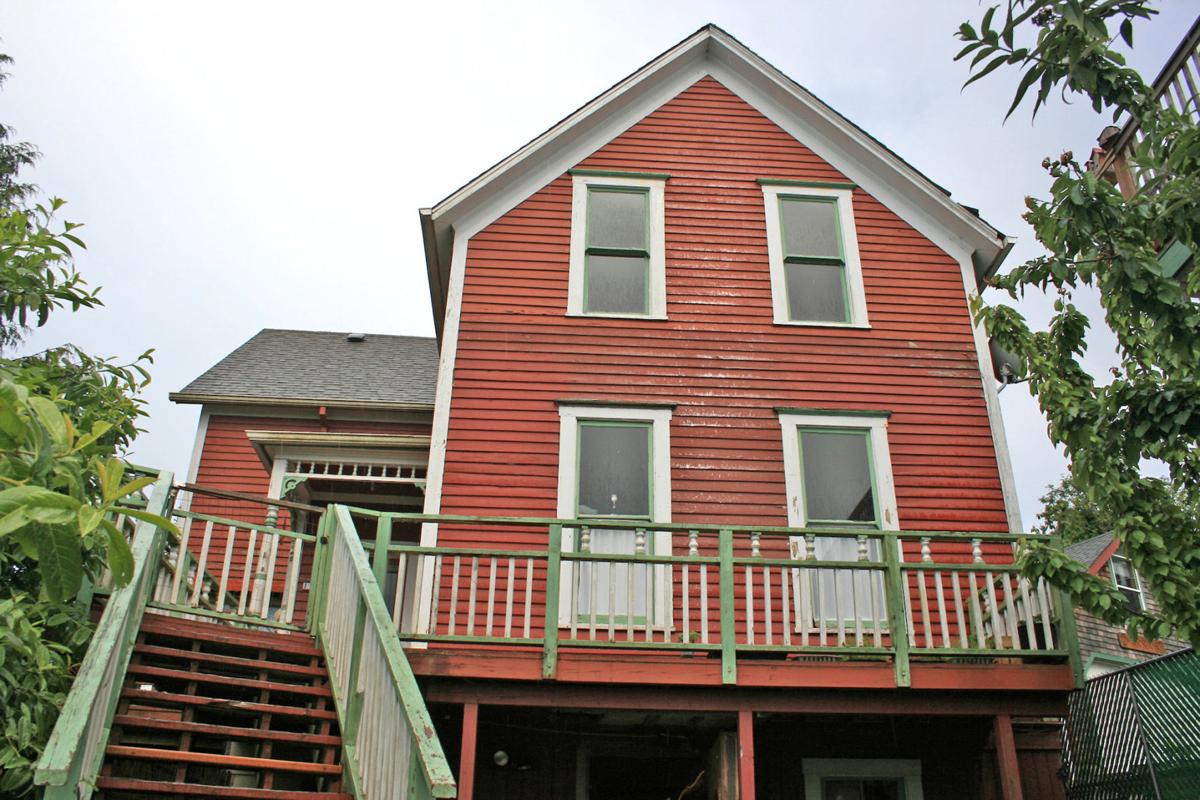 Middle: The Berg residence is a classic example of folk architecture. 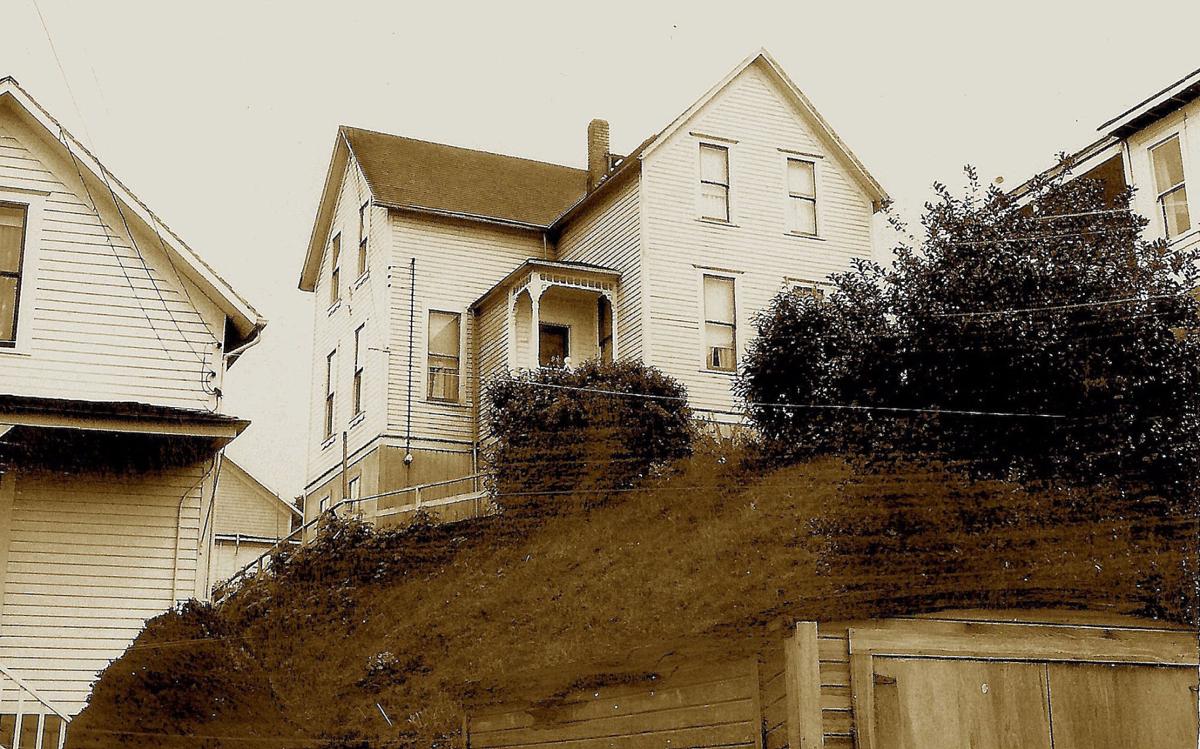 A photo from Clatsop County tax files shows the Berg residence as it was in about 1970. 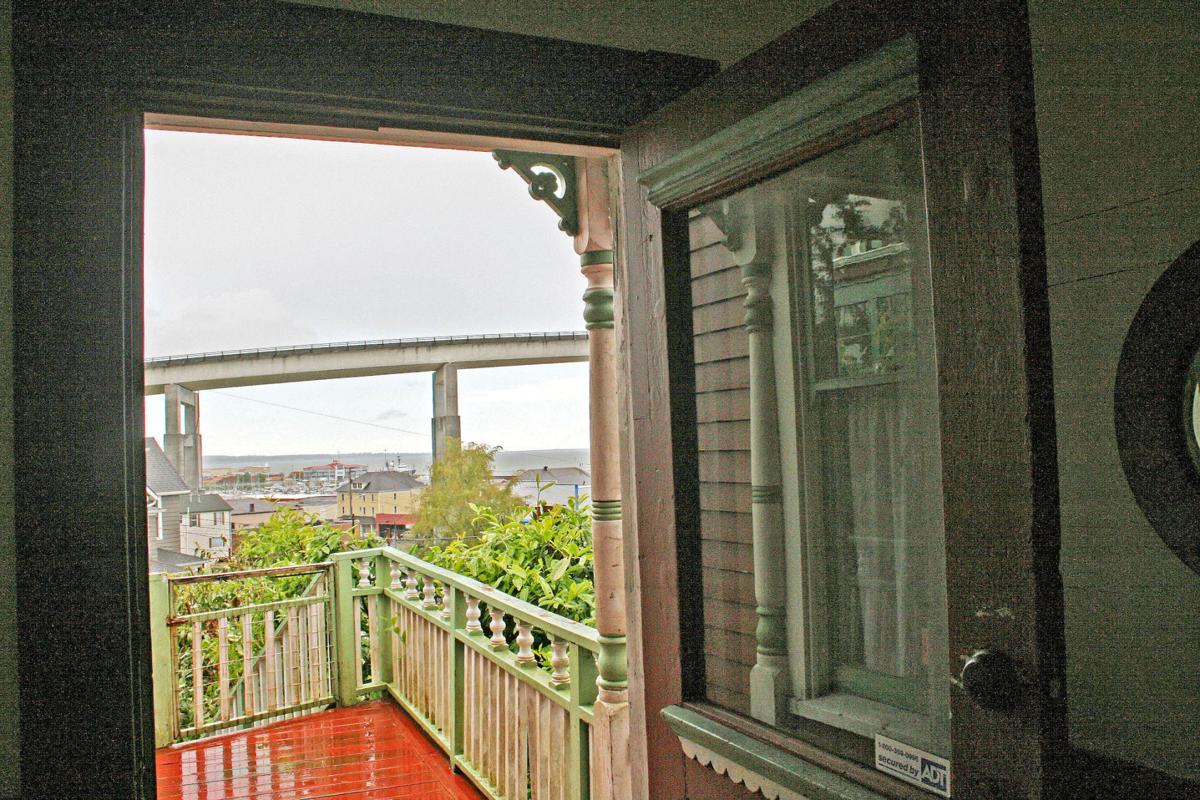 A view from the front door captures an evolving Uniontown. 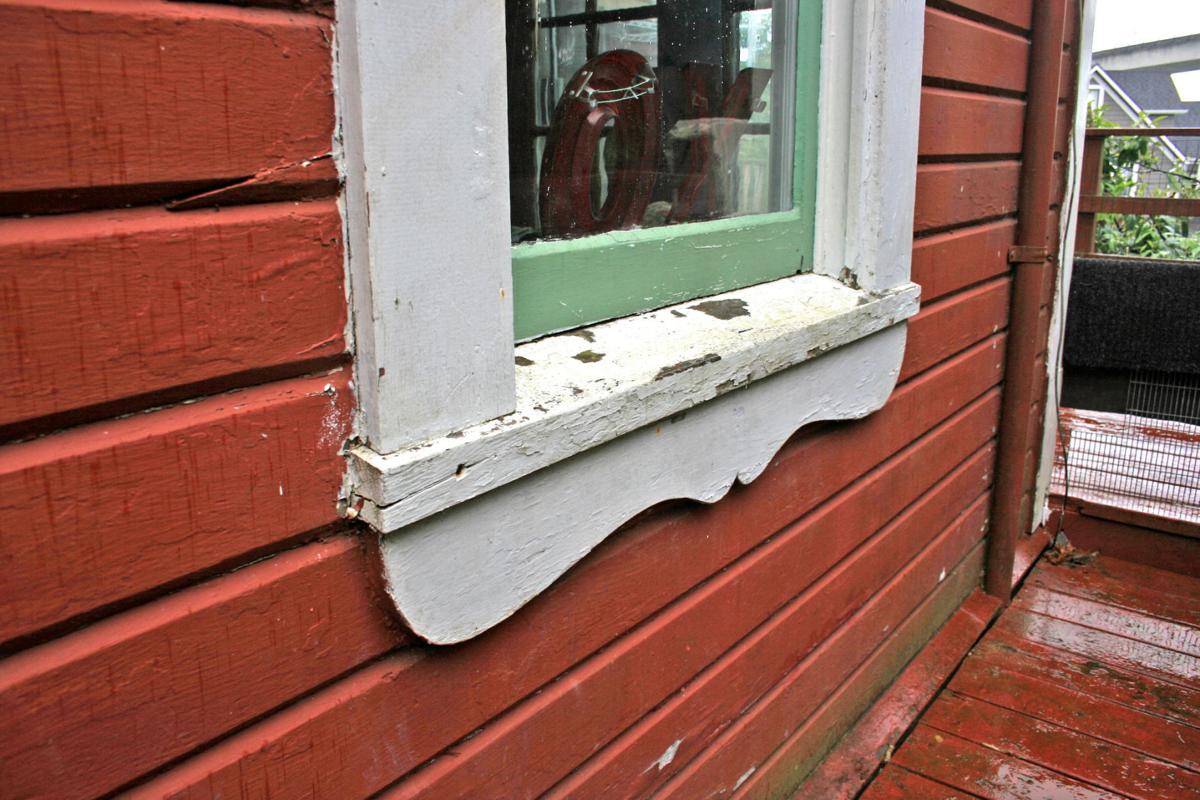 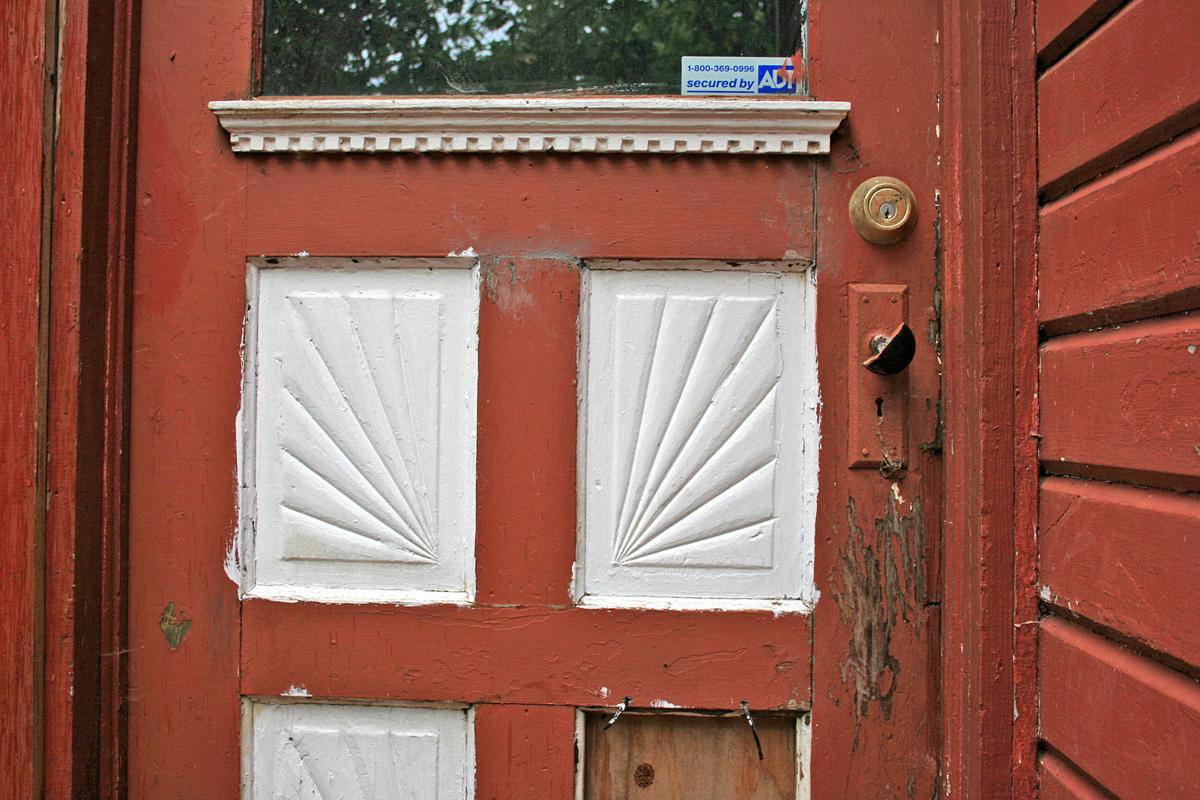 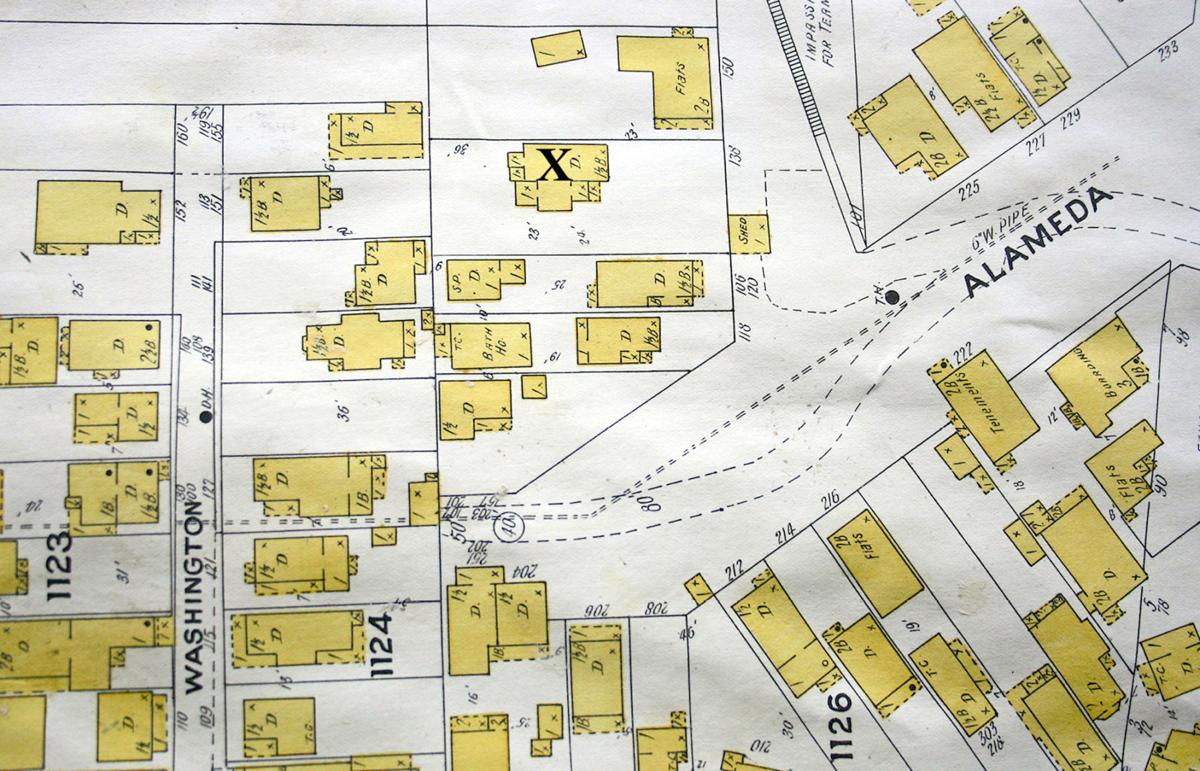 Left: A 1919 era map depicts a crowded neighborhood. The Berg house is marked with an “X.”

Middle: The Berg residence is a classic example of folk architecture.

A photo from Clatsop County tax files shows the Berg residence as it was in about 1970.

A view from the front door captures an evolving Uniontown.

Left: A 1919 era map depicts a crowded neighborhood. The Berg house is marked with an “X.”

ASTORIA — Steff Eiter and Lucy Barna were attracted to Astoria by its art scene. Barna is a jeweler who sells her work in the Riversea Gallery. Eiter is a student in Clatsop Community College’s Historic Preservation program. Both found Astoria’s size and its proximity to water appealing.

While searching for a home for their family, they found another house, one that was derelict and empty.

“It reminded me of an old fisherman’s house in Maine,” recalled Eiter.

Astoria’s first National Register Historic District encompasses much of Uniontown: a treasure trove of vernacular, or folk, architecture. The houses, sometimes referred to as “big Finn boxes,” are exceedingly simple. The most heavily ornamented houses limit their decoration to a gable end, a turned porch post or two, a handful of spindlework, and perhaps a special window. The houses have a timeless beauty in their austerity.

By 1902, Carl, John and Oscar Berg occupied just such a home on Lincoln Street. Carl and John were fisherman. Oscar constructed boats for the Tallant-Grant Packing Co. Their house stood in a tightly packed neighborhood (some lots were as narrow as 25-feet). Each house claimed a ledge on the terraced hillside. Below them, wooden streets spread over the water, connecting a seemingly endless view of fish canneries and net lofts.

“When I purchased the house,” recalled Eiter, “it was in such disarray it was hard to deal with…. the house was covered with a hodgepodge of additions.” Eiter admits he needed days and days to sort things out. “It took two days just to find the water cut-off,” he lamented.

Eiter started renovating the first floor four months ago, focusing on cosmetic work such as painting and refinishing the floors. However, he realized renovating the living space would have to wait. The basement and exterior needed immediate attention.

At some point, the basement was cobbled into living units. He discovered interior and exterior walls soaked with moisture in the barely finished space. “I started to demolish the basement (walls) just to allow air to flow through again,” said Eiter. This summer, he’ll further reduce moisture by tending to the uphill side of his house. There, the hillside slumped onto the building’s skirting. Eiter plans to remove the dirt, apply new skirting and install gravel drainage.

This year, the City of Astoria applied for, and received, $11,000 from Oregon’s State Historic Preservation Office. Designated as a “pass through” for residential façade improvement, the City is focusing on homes in the Uniontown-Alameda Historic District. City planner, Nancy Ferber, said there was an interest to help homeowners with costly preservation projects to “retain the character of our neighborhoods.”

Eiter and Barna were among four applicants who applied for and received the first-come, first-served, matching grant. Eiter will use the grant to purchase materials for a variety of exterior projects including the repair and restoration of siding, windows and doors. He will also reconstruct wooden stairs: 33 from the street to the front yard, and an additional 17 to the home’s first floor.

“I like doing the work,” said Eiter who appreciates the challenge ahead. “Part of my life change is trying to make this into a living…. it’s a lot of trial by fire,” he contends.

He is encouraged by the steady transformation of his historic building. “Just seeing the change… the house was empty and abused,” asserts Eiter. “.… it just needs TLC, somebody to care about it.”

“I don’t think this house is ready to fall apart,” he added.