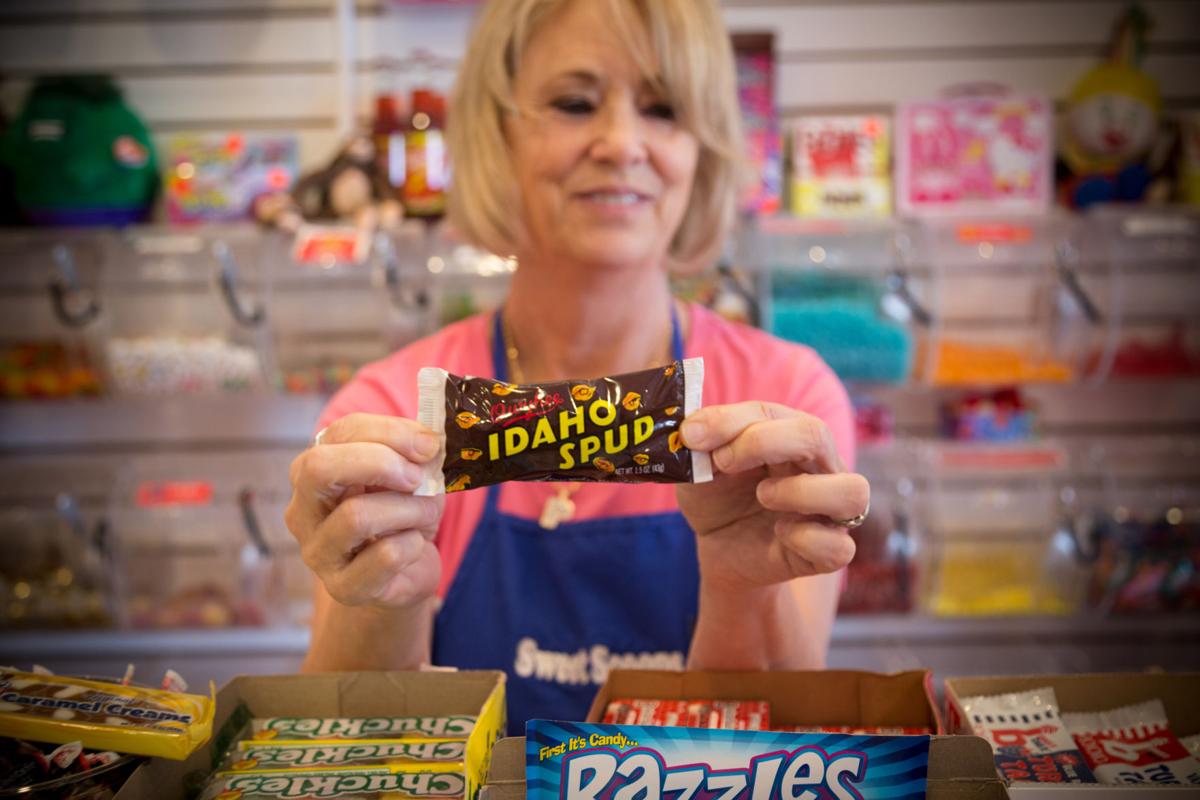 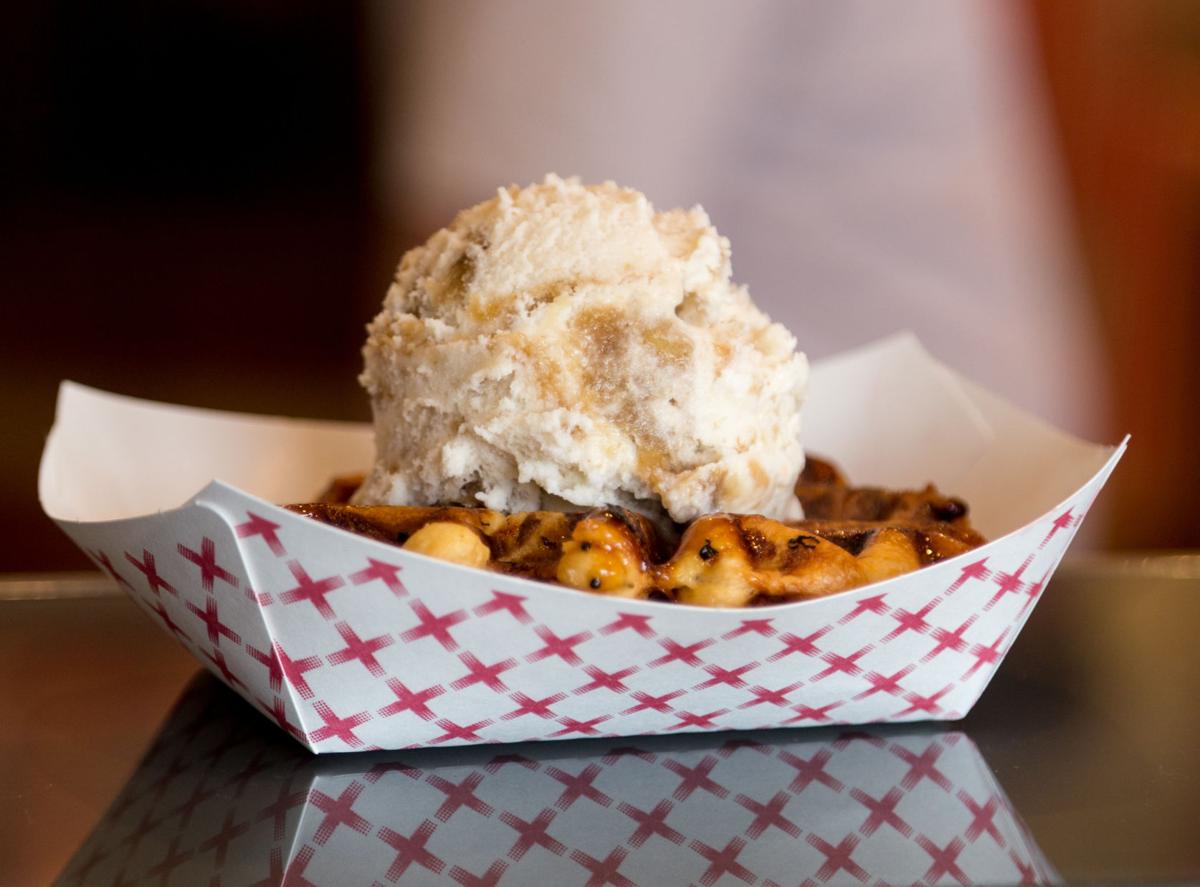 Liege waffles — the sweeter, chewier cousin of the more familiar Belgian waffle —have become a popular inclusion, particularly under a scoop of gelato. 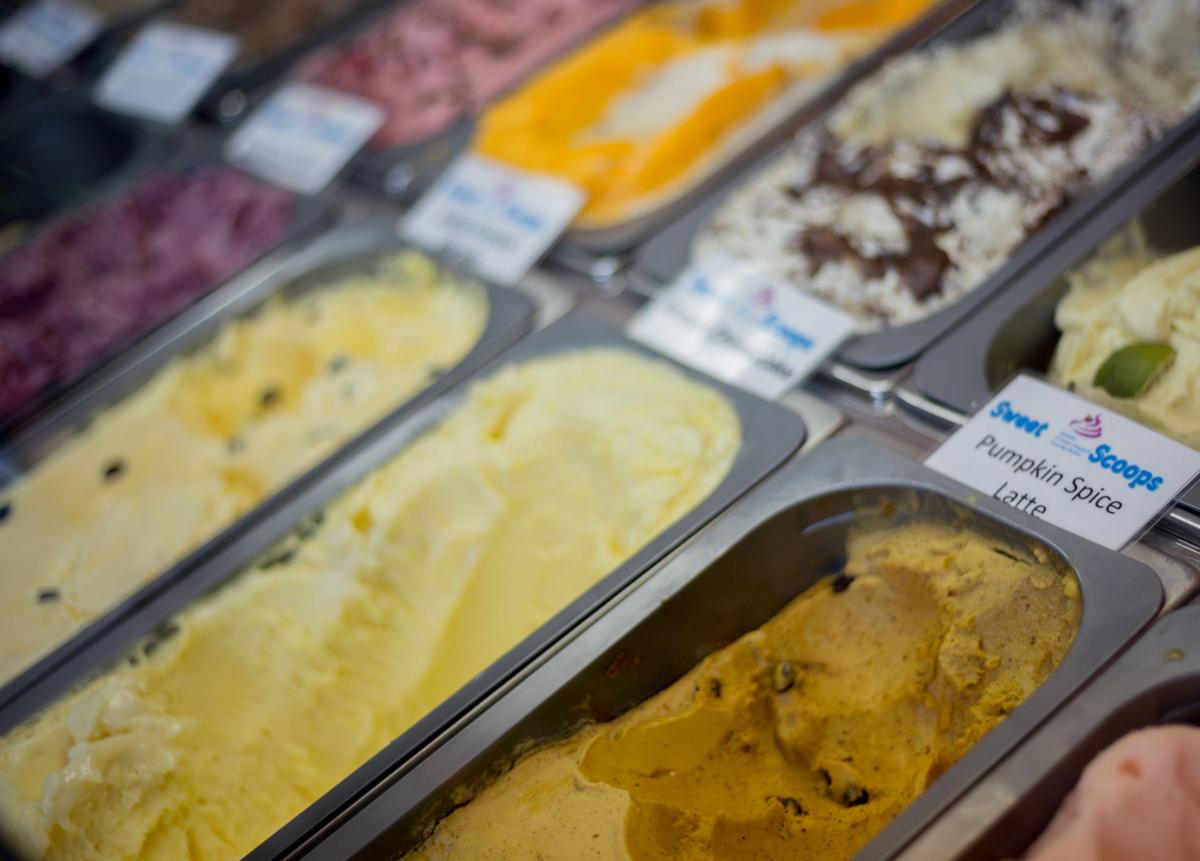 The recipe the Keuters use is an old-fashioned Italian style. Any given day 18 different flavors are available for customers to choose from. 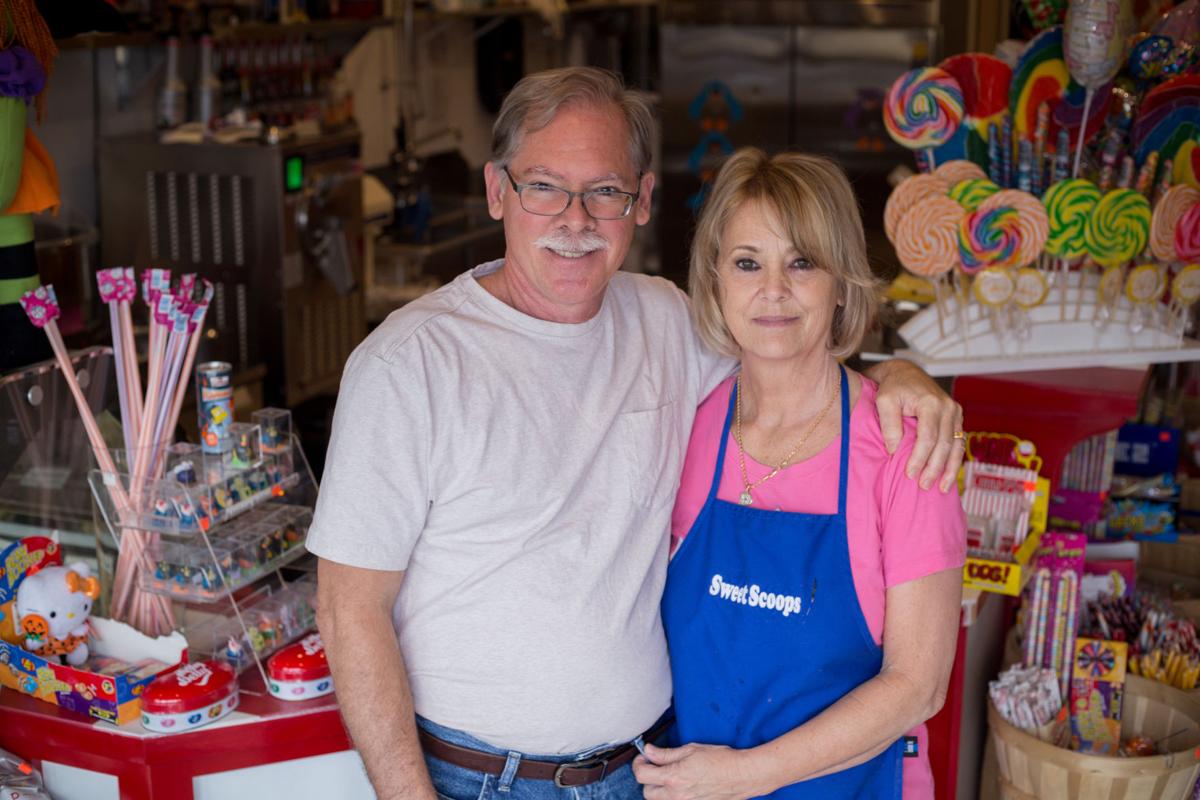 Phillip Keuter teaches 8th grade English and Pamela is the counselor at the Warrenton-Hammond School District. Since July, the Keuters have been running their Warrenton-based gelato business, Sweet Scoops.

Liege waffles — the sweeter, chewier cousin of the more familiar Belgian waffle —have become a popular inclusion, particularly under a scoop of gelato.

The recipe the Keuters use is an old-fashioned Italian style. Any given day 18 different flavors are available for customers to choose from.

Phillip Keuter teaches 8th grade English and Pamela is the counselor at the Warrenton-Hammond School District. Since July, the Keuters have been running their Warrenton-based gelato business, Sweet Scoops.

WARRENTON — During the day, Phillip and Pamela Keuter are public servants of the Warrenton-Hammond School District. Since July, the Keuters have been serving the public as the proprietors of Sweet Scoops, a gelato and candy business in the North Coast Plaza.

Phillip teaches 8th grade English and Pamela is the counselor at the Warrenton-Hammond School District. Juggling two jobs in vastly different industries has been the most challenging aspect for the couple since their summer start. The Keuters spent time in Arizona, California and southern Oregon before making their home in Hammond. “We came back up here for family,” Phillip said. “Nobody ever visited us when we went to Tucson,” he joked.

The idea for a gelato business began in California, but didn’t culminate until they came to the Oregon coast.

“We’ve always had the idea,” Phillip said. “And we knew moving back to Oregon that we would need to do something to supplement our retirement income.” The Keuters spent two years researching what the living and business situation was like in the area before setting up shop.

“We went shopping in the middle of December when it was pouring down rain in Astoria to see what the foot traffic was like,” Phillip said. “We saw heavy foot traffic in the summer, lots of tourism. We went to Seaside and it’s just swamped with people from Portland in the summer.” Initially they considered an opening at Young’s Bay Plaza near Starbucks, but soon discovered availability at the burgeoning North Coast Retail Center.

“We spent a year and a half figuring out where we were going to put our business,” Phillip said. “We liked Warrenton better than anywhere else.” The shopping and recreational attractions foster steady traffic making Warrenton the perfect place.

“When I lived in Astoria, I always drove over for shopping and recreation,” Phillip said. “When we decided to build the business, we knew this was the place.” The location is near Costco, Taco Bell and The Human Bean, and those customers often stop for gelato afterward.

“Everybody in Warrenton either had to go to Astoria or Seaside to find a treat, but now this is it,” Phillip said.

The Kueters purchased the property in October 2015 and were hopeful to be open the following spring, but construction delays prohibited them from opening until July 5.

“When we built our business we weren’t relying on tourist traffic,” Phillip said. “We knew we had to build up our clientele from the local population.” The middle-of-summer start meant a brisk start for the business.

“It was nonstop from 11 in the morning until 9 at night,” Phillip said. In the beginning, Phillip thought he would be able to make the gelato Saturday mornings. But because business has been so brisk, he’s had to make it daily to keep up with demand. Each batch is small, only five liters of gelato is per pan. The small quantities allows for the Keuters to focus on quality while experimenting with flavors.

“I’ve sold so much that it turns out that I need to spend a couple hours making it each day,” Phillip said. “It’s a daily routine and it’s one of the ways can make it all natural.” Customers have found their favorites, but can bank on something new with each visit.

“We have nothing but return customers,” Phillip said. “Once they taste it, I have them for good.”

Gelato, the more-dense but lighter-in-fat cousin of ice cream, has long been a popular treat in Italy, and is beginning to become more familiar at parlors and grocery stores domestically. The recipe the Keuters use is an old-fashioned Italian style.

“I make a tiramisu, panna cotta and a zabaione marsala,” Phillip said rattling off a couple classic Italian flavors. “I even have a natural licorice.” Any given day 18 different flavors are available for customers to choose from. Sampling several is welcomed (and often necessary to get a scope of the flavors). Classic American flavors including the “Oreo Cookie Malted Milkshake,” “Butterfinger,” “Brownie Batter,” and the “Skinny Elvis,” which features peanut butter, banana and chocolate. Seasonal flavors include “Apple Pie,” “Eggnog” and “Spiced Pumpkin.” Lemon cheesecake and blackberry are among the top sellers.

“I sell more blackberry than anything else,” Phillip said. Dairy-free sorbet with an array of fruit flavors from pink grapefruit to mint chip, is also available. The inspiration for flavors often comes from customer requests, and sometimes students.

“I have a kid in class who just loves to dip pretzels in ice cream at home,” Phillip said. Soon Phillips concocted a “chocolate salted pretzel” gelato. The “Rocky Road”, “Creamsicle” and “Licorice” flavors all resulted from customer requests.

The gelato the Keuters handcraft is all-natural with no artificial colors, stabilizers or emulsifiers. Gelato is more dense than traditional ice cream, because there is less air mixed in during the process.

“Commercial ice cream has lots of air,” Phillip said. “The more air the cheaper the ice cream is. Gelato is dense and intense compared to fat and fluffy.” Because gelato is made with almost all milk — and just a little bit of cream — the fat content and cholesterol is much lower according to Phillip. “It’s a heart healthy treat,” he said.

“People have a misconception that ice cream has more flavor if it has more cream, that’s not true,” Phillip said. “It’s like eating Italian spaghetti alfresco, with fresh basil and tomatoes, garlic and olive oil — the flavor just explodes in your mouth. The gelato is the same thing, you put in only natural ingredients such as whole milk, strawberries and sugar and the flavor is just outstanding.”

With cooler temperatures coming, the Keuters have been adding new items to diversify and bolster their business ahead of the offseason. Liege waffles — the sweeter, chewier cousin of the more familiar Belgian waffle —have become a popular inclusion, particularly under a scoop of gelato. The waffles are made fresh with yeasted bread dough infused with pearl sugar.

“It’s a sweet bread — not a batter like regular waffles,” Pamela said. “It kind of caramelizes in the waffle iron.” Fresh fudge, candy bouquets, and rare, retro candies are also available. For more information, visit www.warrentonsweetscoops.com