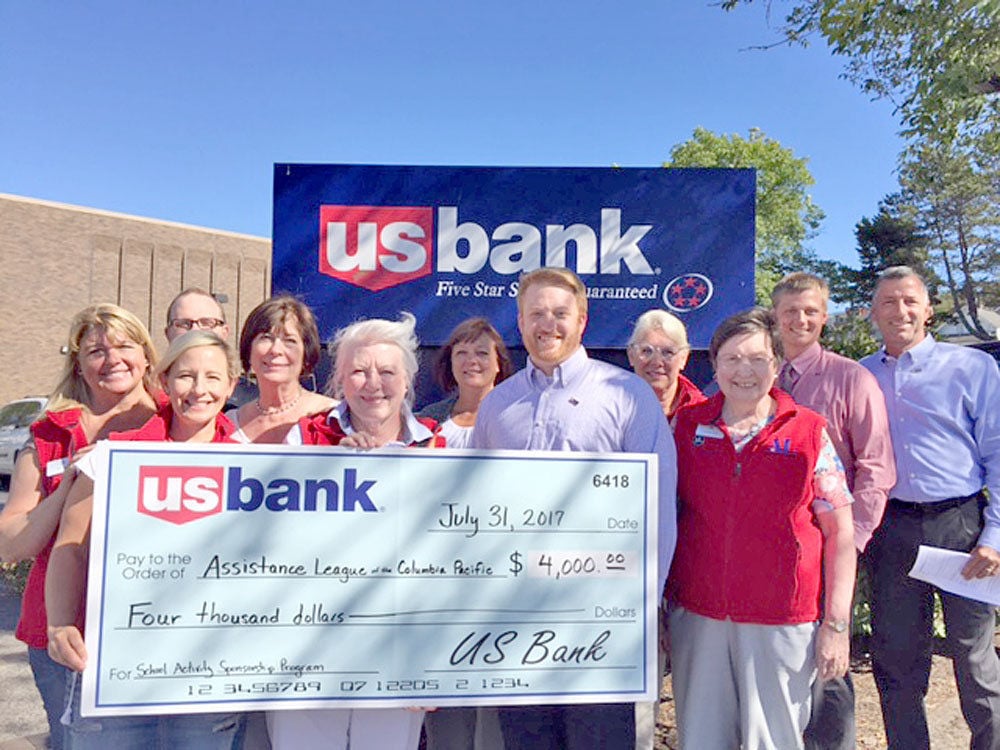 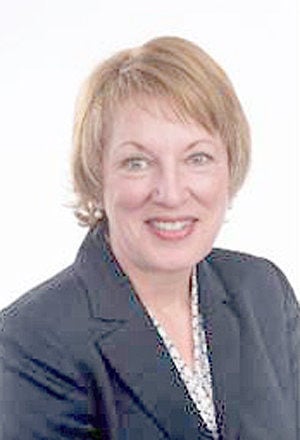 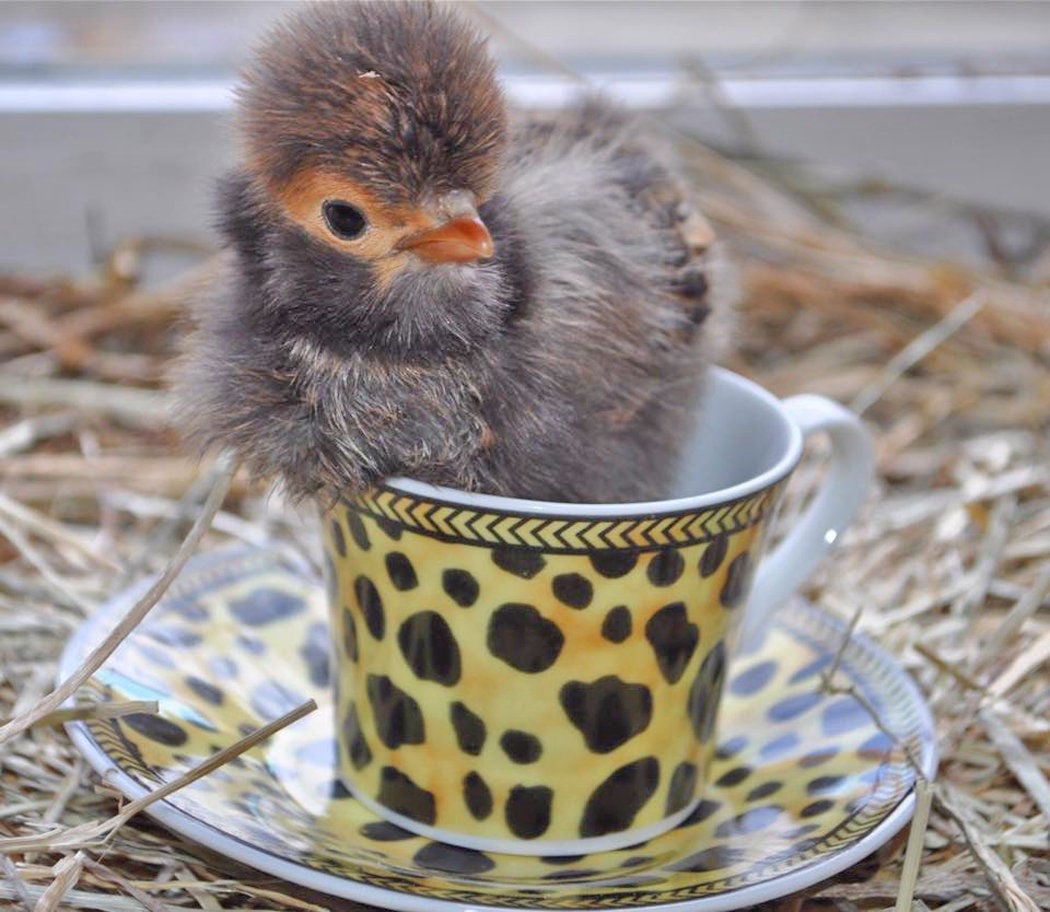 Christy Fetzer of Naselle raised the “Cutist Chick in America” in a contest sponsored earlier this summer by Purina Poultry.

Christy Fetzer of Naselle raised the “Cutist Chick in America” in a contest sponsored earlier this summer by Purina Poultry.

NASELLE — Purina Poultry announced that a local chick raised by Christy Fetzer of Naselle, Washington has recently been honored as Cutest Chick in America!

“To celebrate the joy of backyard flock beginnings during Purina® Chick Days this spring, the Cutest Chick in America contest was recently hosted on the Purina Poultry Facebook page,” the company said in a press release. Fans from across the country submitted photos and videos of their most adorable baby chicks.

Christy and her son Jacob submitted a photo of their Golden Polish chick who is named Baby Tea. Baby Tea is a member of the family’s backyard flock, which they call “The Breakfast Club.” The family named many of the birds after fun breakfast foods, built a new coop for the flock together and credit the flock as a family happy place.

During the multi-week contest, the Naselle community and Jacob’s elementary school rallied behind Baby Tea, helping her first be named a finalist and then secure the crown. She was selected by popular vote to win the top honor of Purina’s Cutest Chick in America from a field of more than 1,100 chicks and will receive a year’s supply of Purina Organic chicken feed.

Cowden selected for national board

ASTORIA — Penny Cowden, executive director of the Columbia Memorial Hospital Foundation, was named in August to the National Association of Nonprofit Organizations and Executives’ 2018 Board of Governors.

In this role, Cowden has been asked to refine, improve and strengthen “New Guidelines for Tomorrow’s Nonprofit (Second Edition),” a new set of governing guidelines that are supposed to “supercharge nonprofit capacity-building,” NANOE said in a press release.

“Penny has joined a working group that will peer-review a new set of capacity-building guidelines rooted in principles of moral agency, stewardship, freedom of speech, freedom of peaceful assembly, ethical practice, and transparency that supercharge charity. Penny is one of society’s guardians who use their expertise to ensure everyone experiences a life worth living,” NANOE National Director Tracy Ebarb said.

Planning a trip to Holland?

ASTORIA — As tourist season 2017 enters its final weeks on Oregon’s North Coast and Washington’s Outer Coast, local thoughts may be turning to our own overdue vacations.

In early August, the New York Times published an interesting analysis of what foreign nations the citizens from each state are unusually likely to visit. The data comes from Facebook, which since 2012 has tracked from where its users “check in” when they’re traveling. There is a surprising amount of variability between different states.

“The results don’t necessarily reflect the most popular destinations outside the United States — those are overwhelmingly Mexico and Canada — but instead show which locations are unusually popular with people in a given state, compared with where most Americans travel during the summer,” the Times reported.

Canada is the top foreign vacation destination for Oregonians and Washingtonians. But they differ completely after that.

Oregon’s most distinctive choices after Canada are the Netherlands, Britain, France and Norway. Washington’s are Taiwan, Vietnam, American Samoa and Japan.

The plant processes cranberries growth on the Long Beach Peninsula in Pacific County and the Grayland area that straddles the Pacific-Grays Harbor county line. It produced about 800,000 cases of sauce annually in recent years, but will now focus on the co-op’s Craisin dried-cranberry products.

“Making these changes will allow the Markham facility to focus on its core product, dried cranberries, as well as allowing for investment and expansion in other areas of innovation,” Kellyanne Dignan, Ocean Spray director of global cooperative communications, told the newspaper. “Today this facility produces Craisins — dried cranberries that are sold as far away as Australia and in growth markets like China, making it a very important part of our manufacturing network.”

Clatsop County’s July jobless rate was 3.8 percent on a seasonally adjusted basis, about the same as in June but better than the 5.0 percent estimate in July 2016. The Oregon Employment Department was retail employment was somewhat weaker than expected.

Oregon July jobless rate was 3.8 percent. As in recent months, this basically meets the economic definition of full employment, with everyone who want to work being able to find a job with little down time.

SEASIDE — On Aug. 11 for the first time since opening its doors, Clatsop Community Bank surpassed $90 million in assets and $80 million in deposits.

“This is a major milestone for us, and one that we celebrate in partnership with the communities we serve,” said Joe Schulte, the bank’s president and CEO. “We obviously could not achieve this level of growth without the support of local businesses and community members,” he added.

Clatsop Community Bank opened its Seaside branch in the spring of 2008, and added its Astoria branch less than a year later. It is the only bank locally owned in Clatsop County.

“We’re pleased with our growth over the nine years we’ve been open,” Schulte said. “We adhere to sound lending principles, increase our market share at a sustainable rate, and observe policies that support healthy growth for the long term. We feel that’s in the best interest of our customers, our shareholders and the community,” he added.

In separate news, the bank announced hiring Rebecca “Becky” Buck as vice-president and business development officer based at the Seaside branch.

In her new position, Becky will be responsible for developing commercial loan business as well as managing a portion of the Bank’s current loan portfolio.

“I’ve worked with people from Clatsop Community Bank before — it’s a good group,” Buck said. “And because it’s a smaller bank, I feel like we can actually get things done for customers,” she added.

SEAVIEW — The Sou’wester Lodge, 3728 J Place in Seaview, has opened a new art gallery in a classic 1960s Aloha travel trailer made in Aloha, Oregon.

It was rescued from a neglected RV park in the northern part of the Long Beach Peninsula.

“After lots of TLC, it has transformed into a bright and beautiful open space to reflect a traditional gallery. It is now part of our Artist Residency Program and the new non-profit organization, Sou’wester Arts,” the untraditional seaside resort said in a press release.

Sou’wester is looking for a muralist “to give the exterior of the gallery some love.” Submissions will be accepted through Sept. 9. Email souwesterlodge@gmail.com.