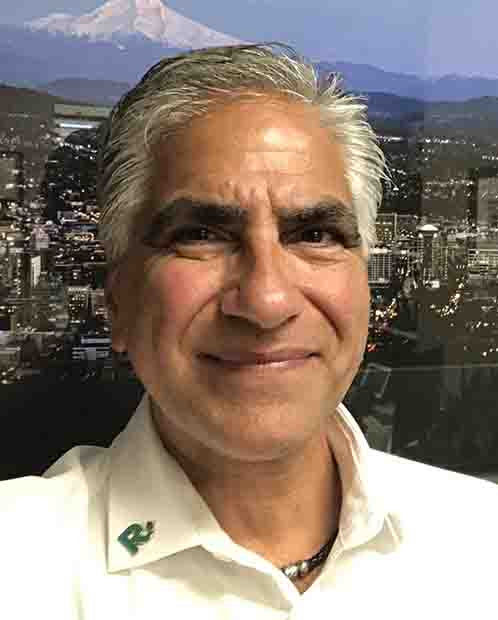 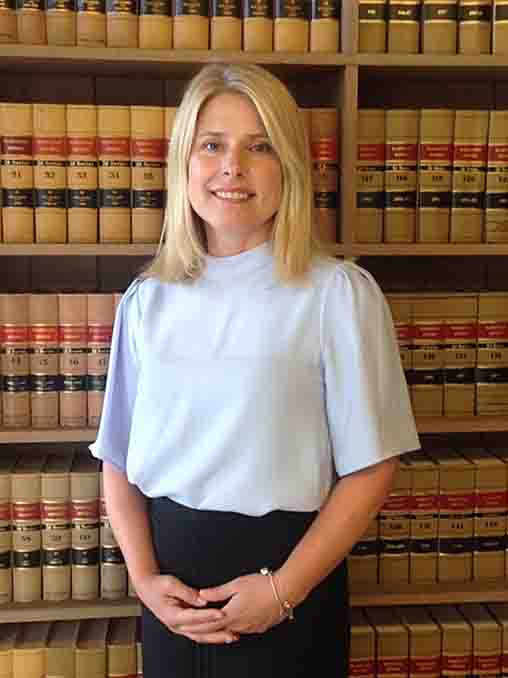 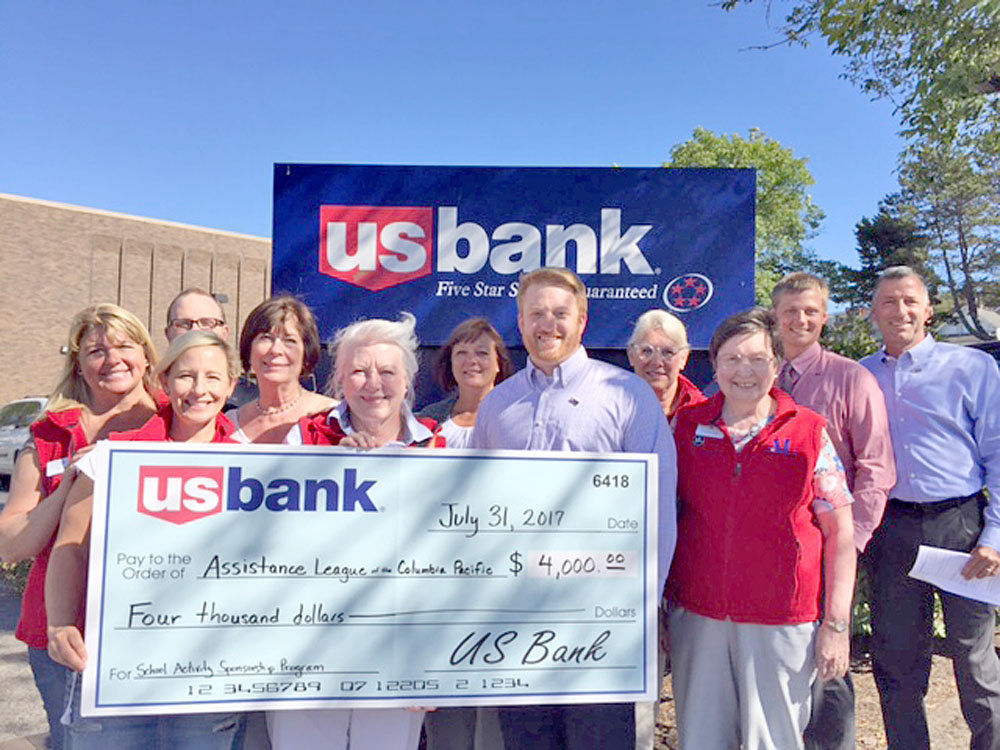 WWARRENTON — LEKTRO Inc. said in September its AP8950SDB-AL-200 Towbarless Towing Vehicle (TLTV) has been certified to tow the Boeing 737 MAX. It is the first TLTV approved to handle the new Boeing aircraft. Due to the versatility of LEKTRO’s proprietary automatic aircraft recognition system, this also means that the company’s larger AP8950SDB-AL-250 is certified for use on the B737 MAX.

Capable of towing aircraft up to 210,000 pounds, the AP8950SDB-AL-200 was introduced in 2013 paving the way for LEKTRO to break in to the narrowbody airline market. Not long after announcing the new tug, LEKTRO began an aggressive certification process with Airbus, ATR, Boeing, Bombardier and Embraer to ensure the new tug’s success. The larger AP8950SDB-AL-250 is capable of towing up to 280,000 pounds and was introduced in 2016 to serve the complete narrowbody and regional airline industry. With a range from turboprops to the Boeing 757, LEKTRO’s -250 model is the most versatile tug available on the market.

“Beyond our legendary reliability and smooth operation, LEKTRO has more OEM certifications than any other towbarless tug,” Henry Balensifer, LEKTRO’s communications manager, said in a press release. “Being first to be certified only proves that we lead the industry in delivering results and capabilities for our customers.”

Carl Peters, an 18-year Recology “employee owner veteran,” is the new general manager in Clatsop County, and also has responsibility for compost facilities located in McMinnville, Aumsville, and North Plains.

“With over 30 years of experience in the waste and recycling industry, his focus will be to continue to identify and execute opportunities to improve services and create greater diversion programs,” Recology Group Manager Derek Ruckman said.

Haatanen is a graduate of Pepperdine University and Southwestern School of Law. She has worked in both the Grays Harbor County and the King County Prosecuting Attorneys’ Offices. She was admitted to the Washington Bar in 1995, and the Texas Bar in 2013. She was most recently employed by Brewer Attorneys & Counselors, a commercial litigation firm in Dallas, Texas, which represents Fortune 500 companies.

Haatanen will engage in the general practice of law in Pacific and Grays Harbor counties ad is based in Montesano. She may be contacted at 360-249-4800.

The Hispanic population in the American West more than tripled, increasing by 15 million, between 1980 and 2015, according to Montana-based Headwaters Economics, an independent, nonprofit research group.

“Hispanic populations are growing across the West, and the United States hit a tipping point in 2015 in its racial and ethnic make-up: more toddlers under the age of five are now minorities than non-Hispanic whites. Hispanics are the fastest-growing demographic group, and the youngest. Today, one in four kindergarteners nationally is Hispanic. … Today, Hispanic people account for roughly one in four westerners and one in six rural westerners,” the group said in a Sept. 15 report.

ASTORIA — Clatsop County was ranked in September as “the most paycheck friendly” of Oregon’s 36 counties, according to SmartAsset (https://smartasset.com), a financial technology company.

Comparing average pay, local expenses and other factors, SmartAsset figures Clatsop County residents have seen income growth of about 3.2 percent in the past year, compared to 3 percent in second-place Curry County. Multnomah County was in 11th place.

LONG BEACH — Pacific County’s jobless rate was 6.2 percent in August, unchanged from July but down from 7.3 percent in August 2016, according to the Washington Employment Security Department. It was lowest rate for August since the pre-recession boom year of 2007, when the August rate was 6.1 percent.

Clatsop County’s August jobless rate was a seasonally adjusted 4.1 percent, up a little from 3.8 percent in July but still good compared to 5 percent in August 2016.

SALEM — Oregon employers will see a key portion of their workers’ compensation costs drop by an average of 14 percent in 2018, the Department of Consumer and Business Services (DCBS) announced on Sept. 11. This marks the fifth year in a row that businesses will experience an average decrease in the “pure premium.” Altogether, the rate has declined by an average of 33 percent since 2013.

Next year’s average decrease in pure premium — the portion of the premium employers pay insurers to cover claims costs for job-related injuries and deaths — is part of a package of rates designed to maintain workplace safety and health programs while preserving historically low costs.

The other rate proposals include:

• An increase in the premium assessment, which funds state costs of running workers’ compensation and workplace safety and health programs, from 6.8 percent to 7.4 percent. The increase is needed to support worker protection and related programs to keep pace with an expanding economy.

• No change in the payroll assessment, which supports the Workers’ Benefit Fund. The fund pays for highly successful return-to-work and other special injured-worker programs. The assessment will remain unchanged at 2.8 cents per hour worked.

OLYMPIA — The Washington Department of Fish and Wildlife has authorized Cooke Aquaculture to transport about 1 million juvenile Atlantic salmon from the company’s hatchery in Rochester, Wash., to an existing net-pen facility in Puget Sound, WDFW said in early October.

Eric Kinne, manager of WDFW’s hatchery division, said the transport permit is not related to the company’s Cypress Island net-pen facility near the San Juan Islands, where one of Cooke’s pens collapsed on Aug. 19 and released tens of thousands of Atlantic salmon into Puget Sound and nearby waters. The spill created a major concern for the fisheries industry, which fears Atlantic salmon could become an invasive species competing with native salmon and possibly spreading disease.

Following the net pen collapse, Gov. Jay Inslee directed that no permits be issued for new aquaculture net pens while the incident was being investigated. However, current laws and administrative rules do not give state regulators the authority to deny Cooke’s permit to move healthy fish into an existing net pen. The Governor’s Office asked Cooke to withdraw its permit application and expressed disappointment that the company chose to proceed while thousands of escaped Atlantic salmon remain unrecovered.

Cooke, which operates net pens at eight locations in Puget Sound, applied in late August for permission to move about 1 million 2-year-old smolts from the hatchery to its Rich Passage facility in south Puget Sound. The move is expected to take place through the fall.

WDFW issued the fish transport permit late Monday, Oct. 2, after working to ensure the company’s facilities at Rich Passage met structural, water quality, and fish health requirements. Staff from WDFW and the departments of Natural Resources and Ecology visited the net-pen site last week. Ecology staff inspected the facility and did not find violations of the current water quality permit. Divers hired by DNR examined the net pens and support structures below the surface at Clam Bay along Rich Passage. The inspection did not yield grounds to deny the permit.

The Cypress Island incident remains under investigation, and efforts continue to recover the fish that escaped. About half of the 305,000 fish from the collapsed pen are thought to have escaped.

OLYMPIA — Two additional Amtrak Cascades daily roundtrips between Seattle and Portland will begin operating Monday, Dec. 18. Extra morning and evening trains will run in both directions, for a total of 12 trains every day.

This permanent change to the Amtrak Cascades schedule means travel time between the two cities will be reduced by 10 minutes to 3 hours and 20 minutes, thanks to the rerouting of trains between Tacoma and Olympia and the upgrading of tracks and signal systems. The new route takes trains on an inland corridor parallel to Interstate 5 through Tacoma, Lakewood, Joint Base Lewis-McChord, and DuPont. It eliminates a major chokepoint for passenger trains near Point Defiance in Tacoma and separates them from freight trains that will continue to use the old waterfront route. The results are shorter travel times and greater on-time reliability.

The new schedule will see trains, pulled by WSDOT’s new Charger locomotives, leaving both Portland and Seattle every two to three hours. The first trains will depart Seattle at 6 a.m. and Portland at 6:20 a.m. The latest trains between the two cities will leave at 7:25 p.m. from Portland and 7:45 p.m. from Seattle. Station stops between the two cities include Tukwila, Tacoma, Olympia/Lacey, Centralia, Kelso, and Vancouver, Washington. Many Clatsop and Pacific county residents ctach the train in Kelso.

Tickets for the newly added trains now are available for sale at AmtrakCascades.com.

“People are healthier when their physical, mental and oral health works together,” said Debbie Morrow, board chair for Columbia Pacific CCO and community organizer in Clatsop County. “Integrating care has meant changing the way communities work together. We listen to members and providers for ideas and make local investments to help make these changes. We do this by focusing on coordinating care, encouraging innovation, improving community health and promoting healthy choices — these choices allow our communities to shine.”

The CCO works closely with schools and other organizations to expand health across the community.

“Preventive care is the focus, such as reminding pregnant women to visit their providers and making sure that babies get fully vaccinated,” said Safina Koreishi, MD and medical director for Columbia Pacific CCO.

“Columbia Pacific CCO also has funded equipment, care teams and clinical education to foster innovation and create better care for all clinic patients, not just our members,” said Koreishi. “This effort has included an investment in recruitment to attract providers to our area.”

Established in September 2012, Columbia Pacific CCO coordinates health services for more than 23,000 Oregon Health Plan members in the three counties. For more information, see colpachhealth.org and on Facebook at @ColumbiaPacificCCO.