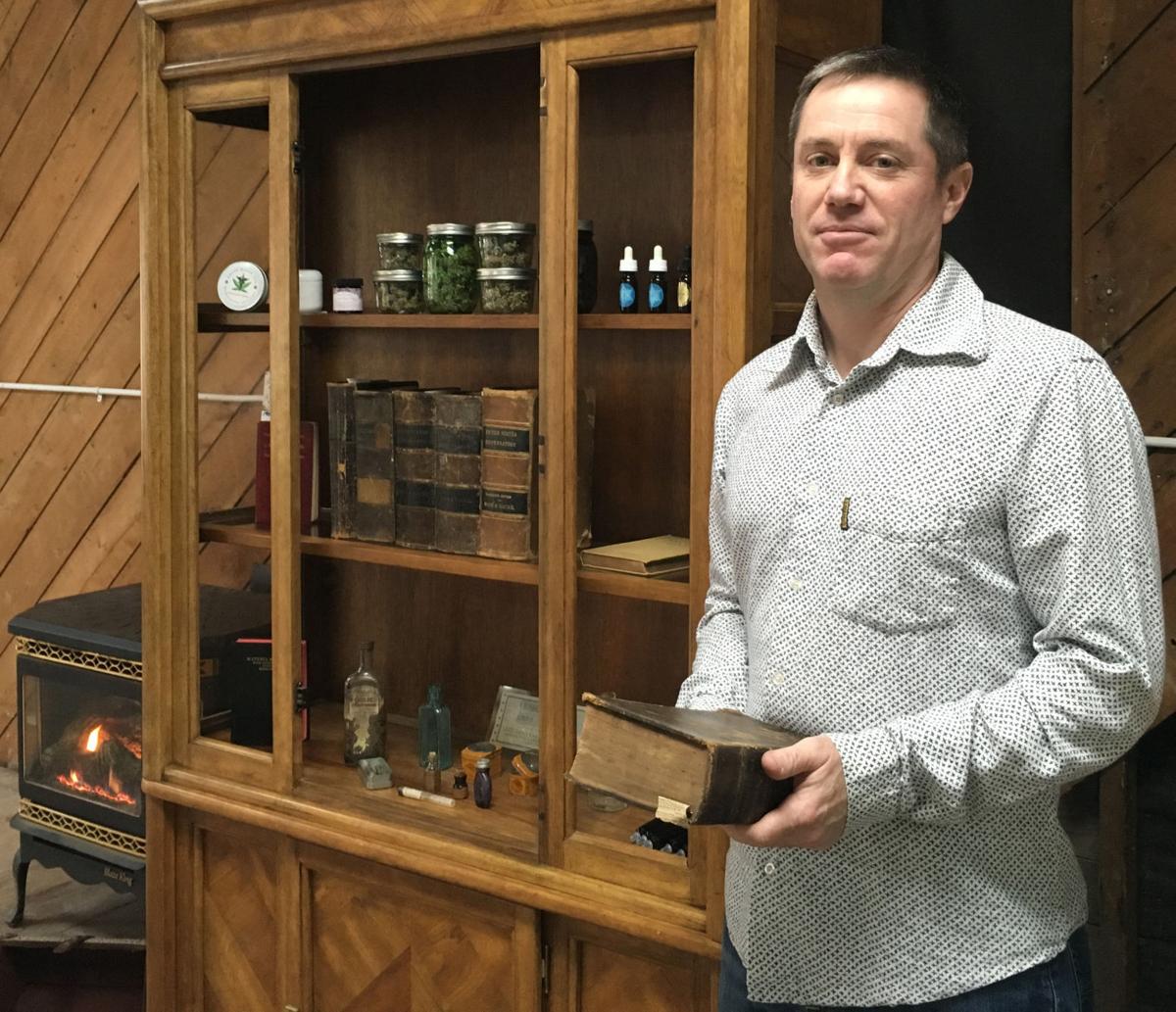 CYNTHIA WASHICKO PHOTOS Jon Marsh, founder of The Cannabis Consultants, plans to open a marijuana business in Chinook on April 1. 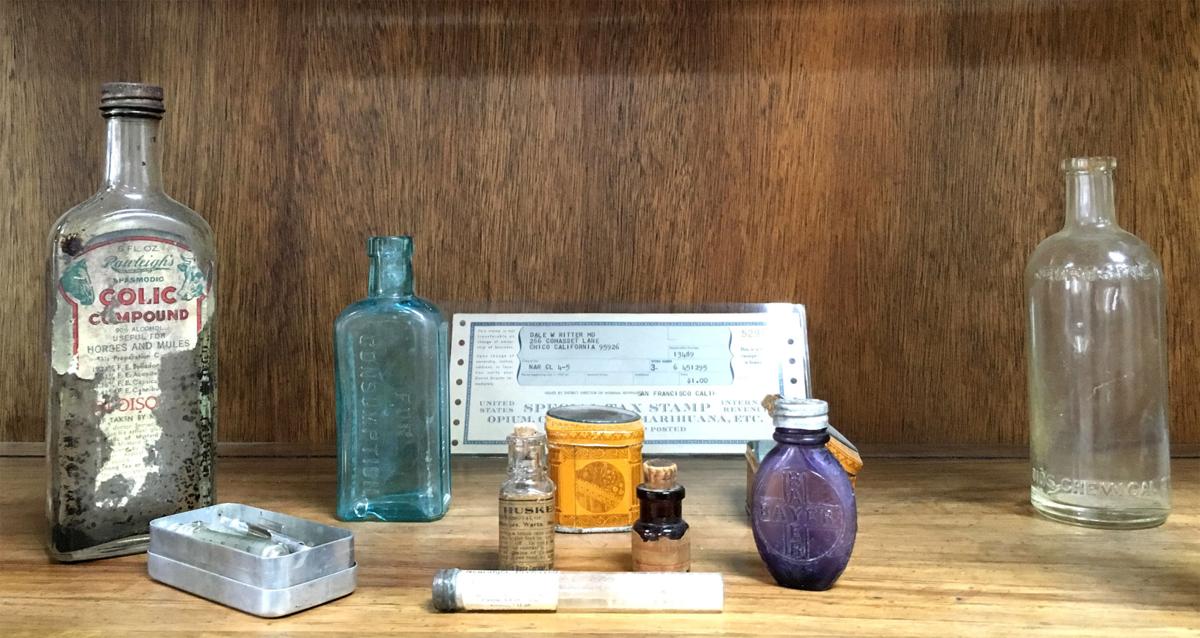 A display of historical artifacts relating to health care adds visual interest in a new Chinook business that will sell marijuana products. 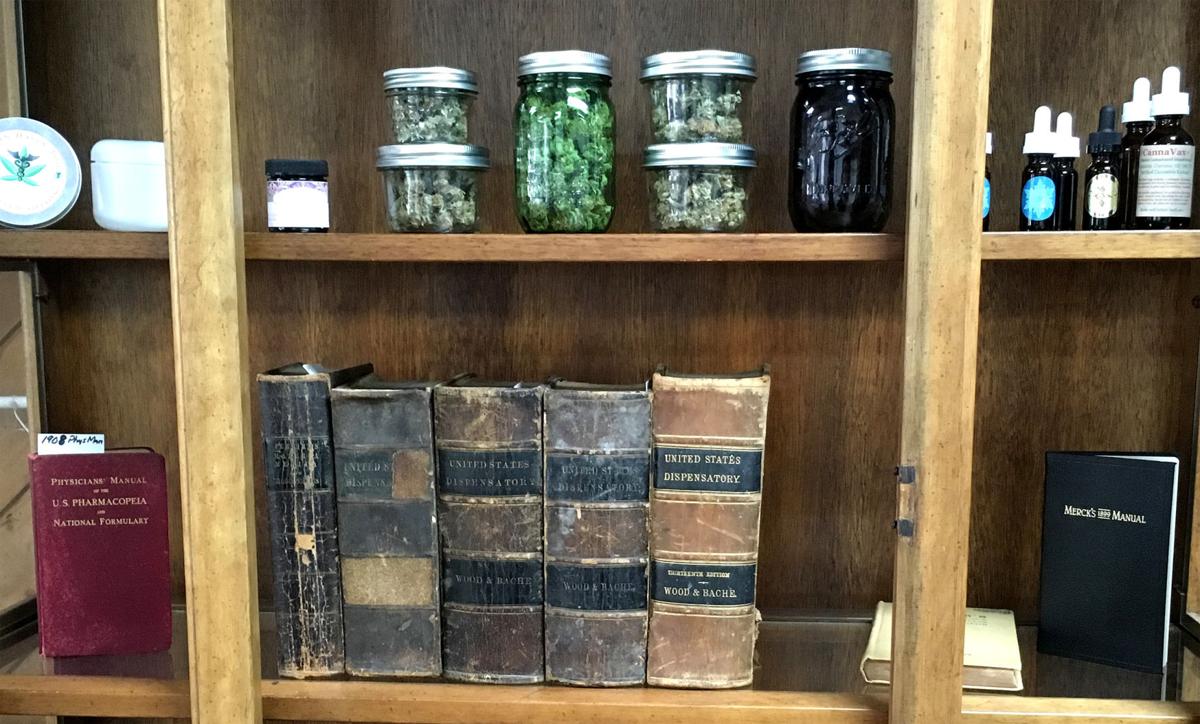 South Pacific County has been without a retail marijuana outlet since cannabis was legalized by Washington voters. That may be about to change, with Jon Marsh planning to open a store in Chinook.

CYNTHIA WASHICKO PHOTOS Jon Marsh, founder of The Cannabis Consultants, plans to open a marijuana business in Chinook on April 1.

A display of historical artifacts relating to health care adds visual interest in a new Chinook business that will sell marijuana products.

South Pacific County has been without a retail marijuana outlet since cannabis was legalized by Washington voters. That may be about to change, with Jon Marsh planning to open a store in Chinook.

A cannabis store will be coming to Chinook — even if it’s owner can’t get a license to sell marijuana by the time it opens.

Jon Marsh, self-styled cannabis advocate and founder of The Cannabis Consultants, has plans to open his cannabis-based business along Highway 101 in Chinook on April 1. Marsh is still in the process of applying for his retail license, but said he plans to launch his business even if he doesn’t have the license by his projected opening date.

“I’ve been to the Vancouver meeting they had three or four months ago and just been kind of waiting because (state officials) keep flip-flopping and I don’t know what to do, compliance-wise,” Marsh said.

If he can’t get his retail license he intends to offer a variety of hemp products to his customers, he said, including hemp sunscreen and oil. Marsh also boasts a collection of antique cannabis and hemp products.

Marsh falls under the last of three priority levels set by the Washington State Liquor and Cannabis Board for retail marijuana license applications. The first two tiers are offered to business owners who applied for a retail license before July 1, 2014, among other qualifications.

Originally, he had plans to open cannabis clinics along the Oregon and Washington coasts, but changed his plans in response to state regulations.

Marsh also plans on selling an appliance used to extract oils from marijuana plants, he said. He described the machine as similar to a slow cooker, and he uses it to make marijuana products, he said.

Eventually Marsh plans to offer a variety of marijuana products at his shop, including flowers, oils and tinctures. Despite the fact that he will be running a retail store, he said his focus will be on the medical applications of cannabis.

“I’m going to sell a lot, but I want to focus on tinctures and topicals. I don’t really want to sell flowers,” Marsh said.

He already has experience making tinctures and topical products using cannabis, he said, and has supplied products to upward of 30 people in the area. He added that while he wants to comply with state regulations, he doesn’t intend to let those rules stop him from giving medical cannabis products to people who he thinks need them.

After he receives a retail license, Marsh also plans to bring in a doctor at regular intervals to take scheduled appointments and sign off on medical marijuana prescription cards.

He chose Chinook as the location for his store specifically because it falls in the unincorporated area of Pacific County, unlike Long Beach and Ilwaco, which have taken measures to limit the ability of marijuana businesses to open within city limits. In fiscal year 2015, Pacific County received more than $1.2 million in excise taxes from marijuana businesses, mostly from producer/processors at the Port of Willapa Harbor.

Marsh has personal experience using marijuana, after he turned to cannabis following an illness after he left the army. Since then he’s founded The Cannabis Consultants, a website he describes as a LinkedIn for the cannabis industry.