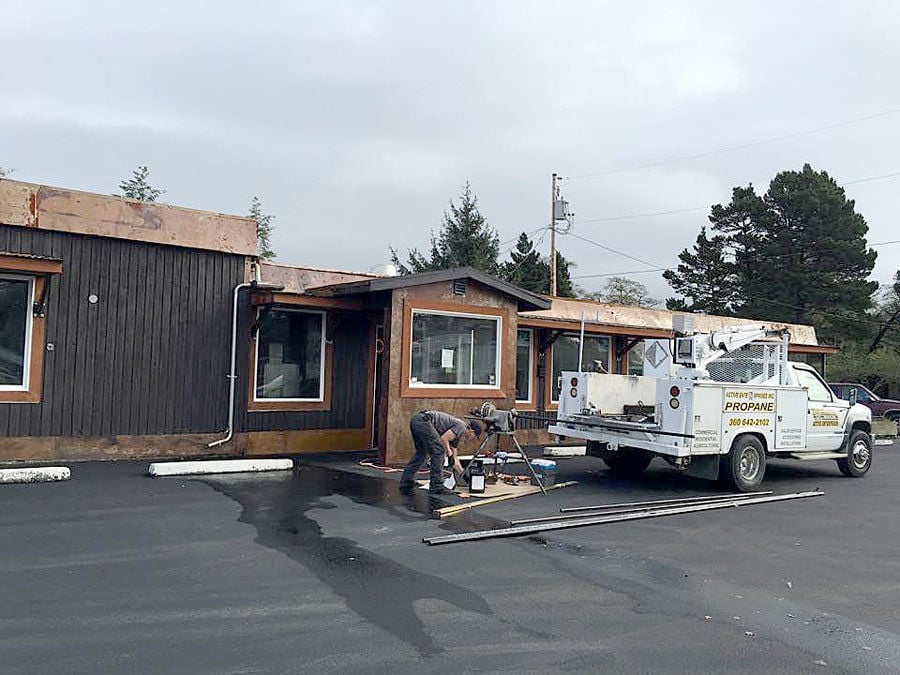 A propane supply is laid in at the Columbia River Roadhouse, a dining place nearing completion in Chinook. 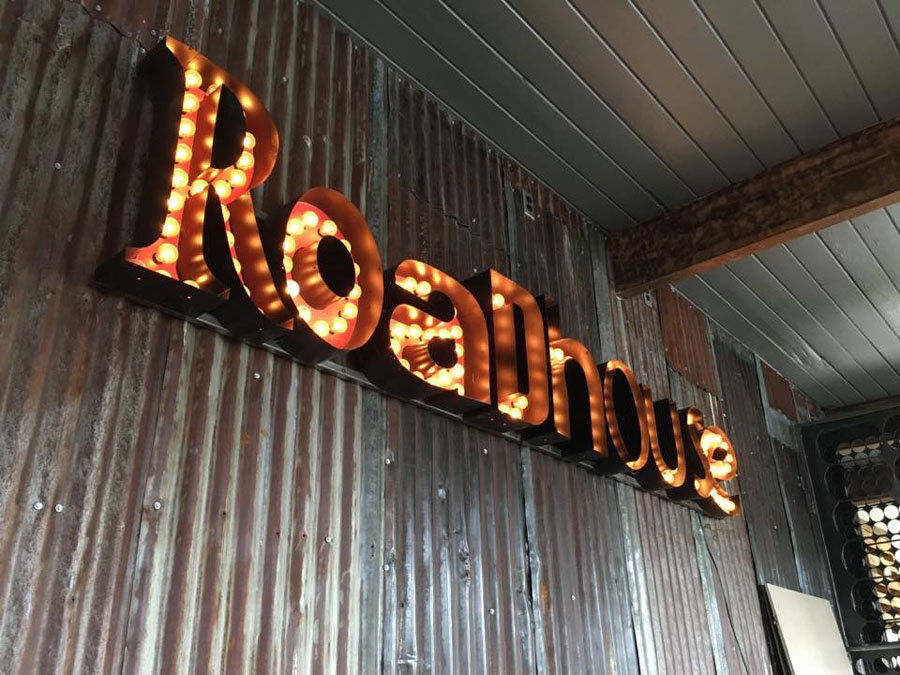 An illuminated sign was designed to be in keeping with an antique riverside vibe. 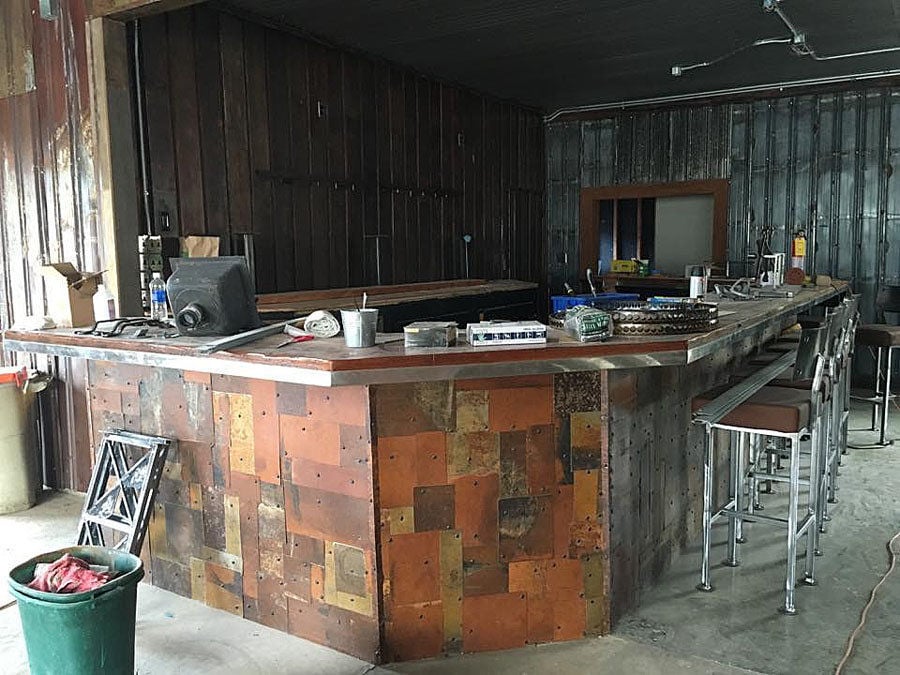 The counter/bar of the Roadhouse was nearly ready for business when this photo was taken earlier this fall.

A propane supply is laid in at the Columbia River Roadhouse, a dining place nearing completion in Chinook.

An illuminated sign was designed to be in keeping with an antique riverside vibe.

The counter/bar of the Roadhouse was nearly ready for business when this photo was taken earlier this fall.

CHINOOK — More than a year after they began remodeling what was formerly the Chinook Restaurant & Lounge, two entrepreneurs are closing in on an opening date for their newest restaurant, the Columbia River Roadhouse.

There’s no set date yet for the Roadhouse’s opening, but it will happen sometime after New Year’s, said Russell Maize, who co-owns the restaurant with Chris Summerer. Maize and Summerer own several other businesses along the Long Beach Peninsula, including Stormin’ Norman’s, Beachcombers and Castaways.

Renovation on the Roadhouse, located on Highway 101 in Chinook, began in early October of 2014. Building issues, including trouble with electrical and plumbing systems for the restaurant, set the renovation back, however.

“Because the building was originally in three different segments, all of the mechanics that attached each building had to be completely redone,” Maize said.

The way the building is designed, Maize said, redoing one system in one portion of the building meant extra work to connect it back to the two other portions. Additional renovations to make the building compliant with the Americans with Disabilities Act added extra time to the remodel as well, Maize said.

The project was complicated further when it proved difficult to find workers who could do certain specialized tasks, such as refinishing the restaurant’s concrete floors, Maize said.

Once it became clear that the Roadhouse wouldn’t open in time to take advantage of the summer tourist rush, there was less pressure to finish the remodel quickly Maize said. When Memorial Day, the Fourth of July and finally Labor day passed, whether the restaurant opened during Fall or Spring became less of an issue, he added.

“All we know is that we’re not going to do it until it’s right, so I think that kind of set the precedent,” he said.

When the restaurant does open its doors there will be something to celebrate its first days, Maize said, but there’s still too much coordinating to do to say exactly what that event will be.

Maize and Summerer weren’t originally looking to buy the location, but when the opportunity presented itself they chose to take it, Maize said. He hopes the restaurant will be a draw for tourists and locals alike, and, ideally, to bring customers over from Astoria too.

Despite the delay, Maize says his vision for the Roadhouse hasn’t changed. When the space does open it will host a restaurant, bar and gift shop, with outside seating when weather permits, he added.

The decor will include elements from the community, including wallboard in the dining room salvaged during the renovation of a local hotel Maize said. The restaurant will have an industrial, re-purposed feel, he added, with handcrafted chairs and tables throughout.