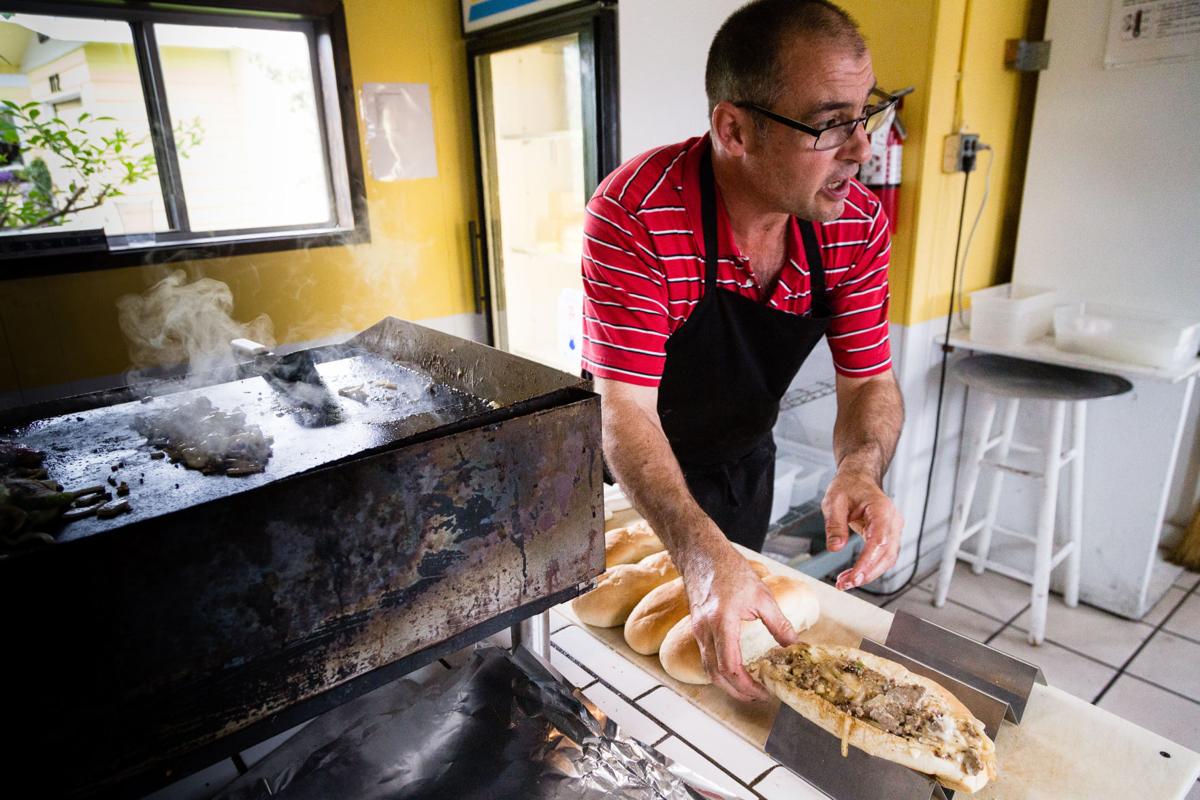 “I simply try to make a cheesesteak I would love to eat,” Steel said. 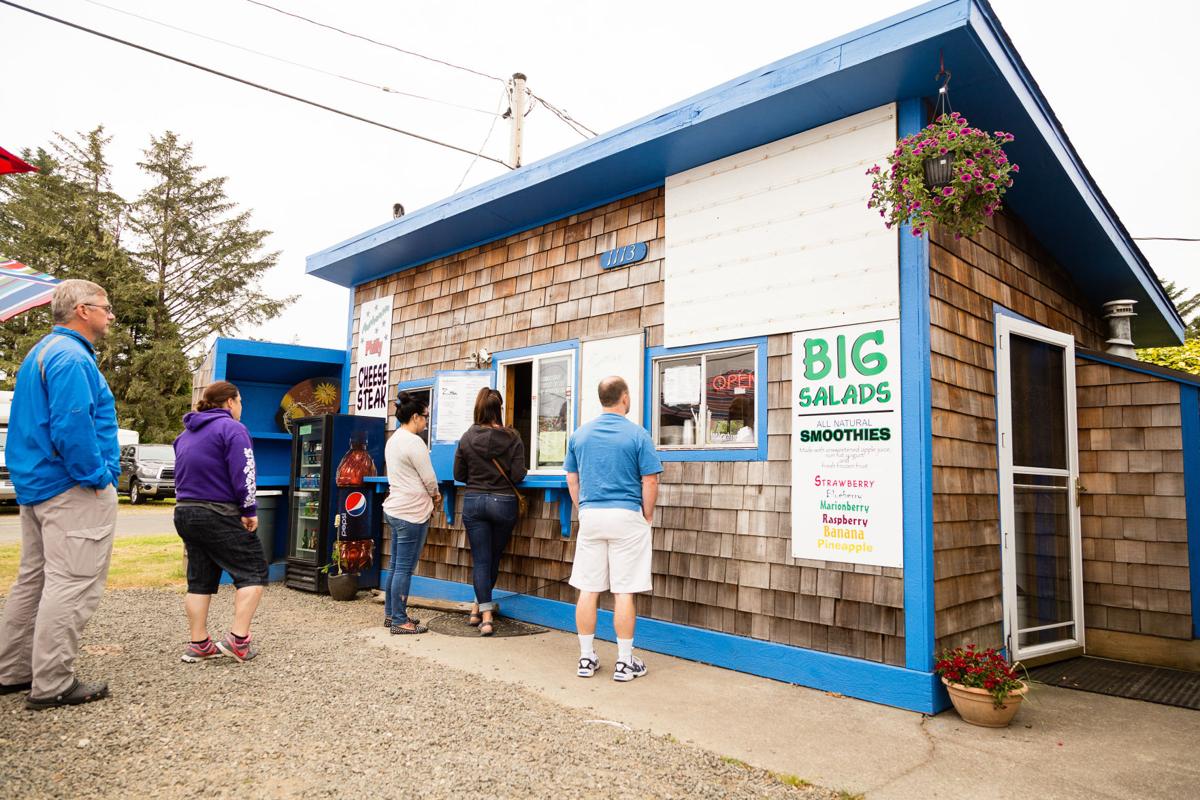 Surfer Sands, located at 1113 Pacific Ave. in Long Beach, has developed a devout following. The stand is open daily from 11 a.m. until 4 p.m., unless they sell out early. 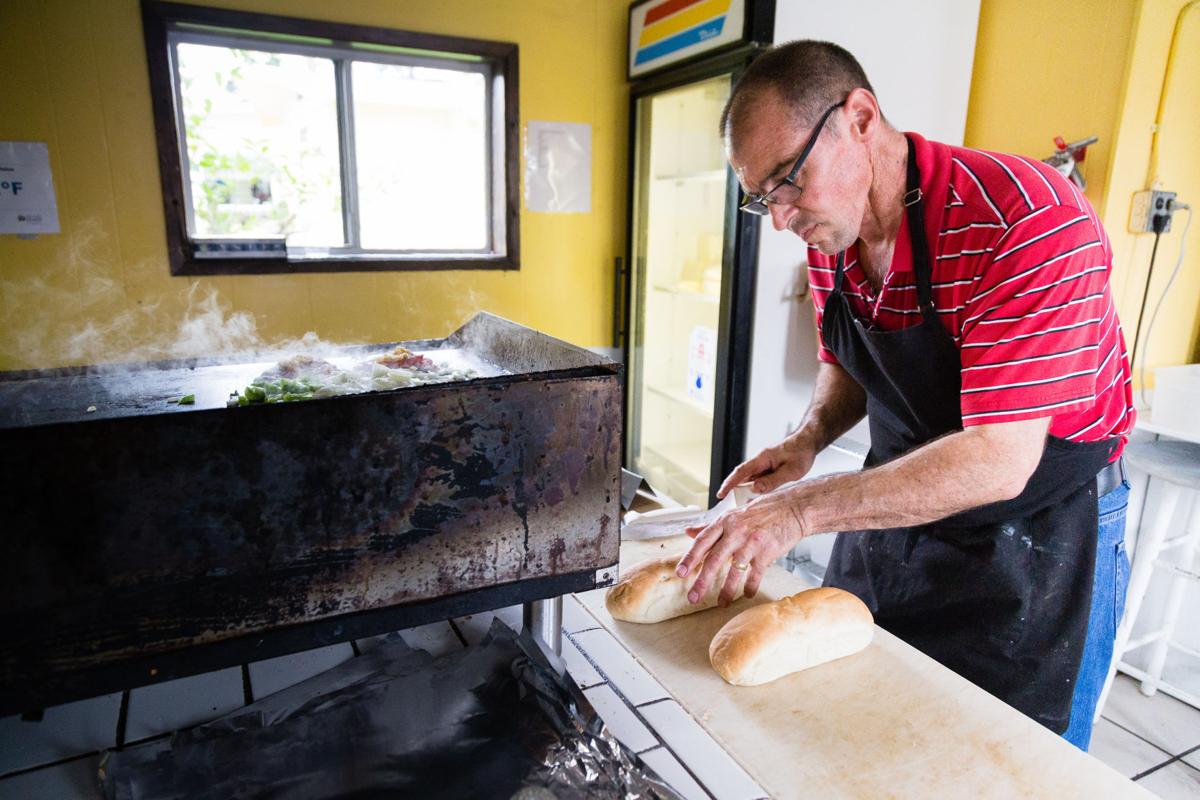 Surfer Sands owner Jon Steel, 57, worked is the computer field as a network technician before retiring to run a sandwich stand. “It was time to get out of the high pressure IT business and do something I really loved,” Steel said.”

“I simply try to make a cheesesteak I would love to eat,” Steel said.

Surfer Sands, located at 1113 Pacific Ave. in Long Beach, has developed a devout following. The stand is open daily from 11 a.m. until 4 p.m., unless they sell out early.

Surfer Sands owner Jon Steel, 57, worked is the computer field as a network technician before retiring to run a sandwich stand. “It was time to get out of the high pressure IT business and do something I really loved,” Steel said.”

LONG BEACH — For years, Jon Steel, 57, labored in the high-speed, high-tech and high-stress world of computers. Steady and lucrative, it was the perfect career to provide for his growing family.

In April, Steel started a new career that was decidedly less complex, one that focused solely on a sandwich:the Philadelphia cheesesteak.

Steel’s commitment to making an authentic “Philly” cheesesteak could satisfy even the most demanding foodie. His approach is simple but effective.

“I simply try to make a cheesesteak that I would love to eat,” Steel said standing next to his lot of small buildings at 113 Pacific Ave. in Long Beach.

“When somebody gets the cheesesteak and opens up the tinfoil they say, ‘Whoa, now that’s a sandwich.’”

Steel’s path to owning the corner sandwich stand was one that started decades earlier.

‘It was time to do something I really loved’

Although Steel’s recent work history wasn’t in the restaurant industry, it has been a dream he’s harbored for years while raising a family.

“Thirty-five years ago I was in the restaurant business,” said Steel. For more than a decade, Steel worked different jobs in the industry.

“I started out as a prep cook and worked my way up through management,” he said. Steel was working as the general manager of several restaurants when he decided to switch to a more stable career in computers. He worked as a technical writer for a computer equipment manufacturer before becoming a network technician with Hewlett-Packard in Boise. Steel left the restaurant industry to provide a more secure future for his children, who are now grown.

“So I decided it was time to go do something I really loved and get out of the high-pressure IT business,” he said. Steel bought Surfer Sands on April 7.

Steel is the third owner of the business that local surfer Steve Chamberlain started.

While the original owner was still running the business, Steel sometimes stopped for sandwiches. He never imagined that he would someday own it.

He bought the business from Jason Thorne, who showed Steel the ropes in April.

Thorne owned Surfer Sands for six years. Learning to run the stand was the easy part for Steel. Rules and red tape have been his hang-up so far.

“The biggest challenge of taking over a business is the bureaucracy,” Steel said.

Food and culture have long been intertwined. Whether it’s pizza, chowder or sandwiches, certain foods have a discerning following, particularly those that originate from a peculiar time or place that encapsulate a culture. New Yorkers like their pizza big and thin. Meanwhile, Chicago residents insist the city’s signature deep dish is the proper pizza. Philadelphia made famous its cheesesteak sandwich, the “Philly” cheesesteak. Hot dog vendor Pat Olivieri reportedly started the city’s tasty tradition when he sautéed some thinly sliced ribeye with onions and stuffed it into an Italian roll on a whim. A cab driver and a regular customer told Olivieri to forget hot dogs and focus on the steak sandwiches. Cheese became a popular addition later and the rest was culinary history.

Steel knows his business came with a well-established following and he has no plans to change the beloved cheesesteaks.

“I’m sticking to the original menu, definitely not removing anything,” he said.

Steel has added new sandwiches, such as “The Godzilla,” which is the “Big Kahuna” with double meat, double cheese and bacon.

Four sandwiches make up the vegetarian menu. The “Goofy Foot” has cream cheese, pineapple, cashews, raisins, onion, provolone cheese, apple and mixed greens. “It’s imperative that you have good, fresh ingredients,” Steel said. “We bake our own French bread fresh every morning. If you come at 11 in the morning, they’ve only been out of the oven long enough to cool down.”

Steel bakes two large loaves for cold sandwiches and about 40 hoagie-sized rolls for cheesesteaks daily. He usually serves about 50 sandwiches on weekdays and twice as many on weekends.

“That’s the toughest challenge I have, staying ahead on the bread,” Steel said.

It takes about two hours to make each batch so Steel is thinking about buying a bigger oven to make it easier to keep up with demand. Steel has two part-time employees to help.