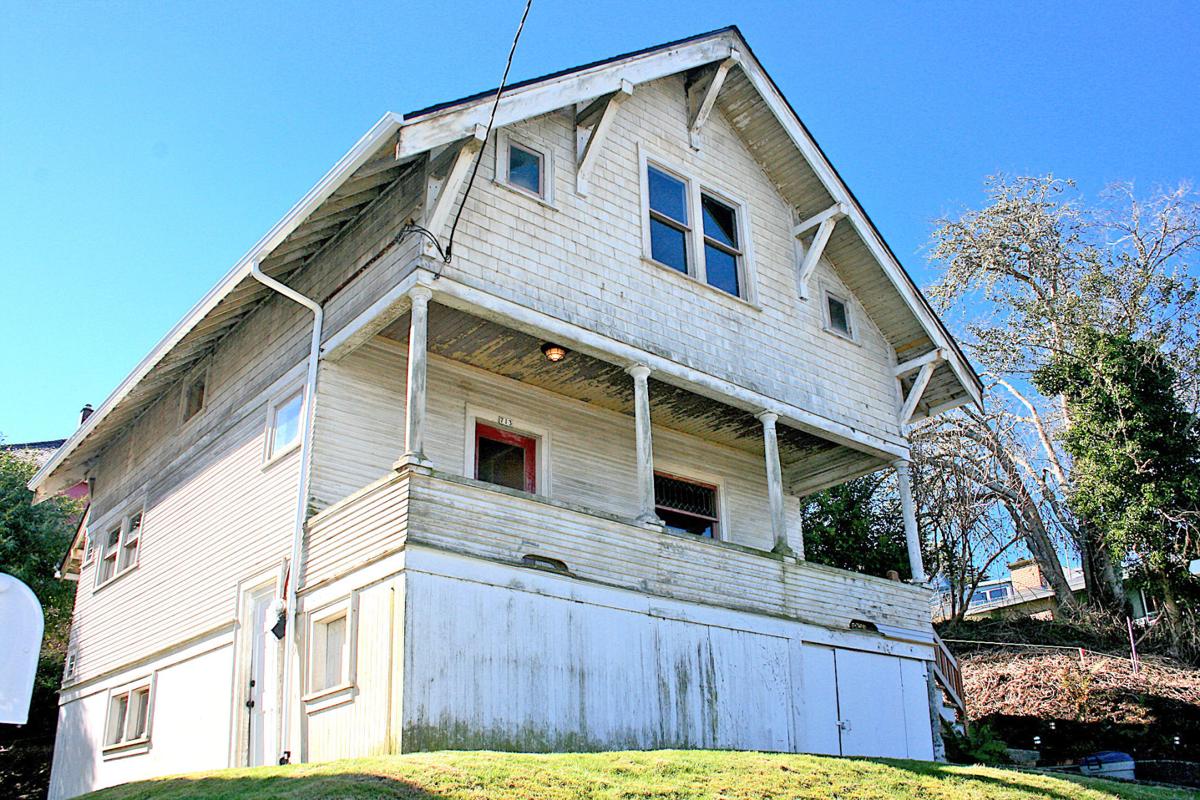 The James and Mary Johnson residence, a formerly derelict structure, is now under restoration. 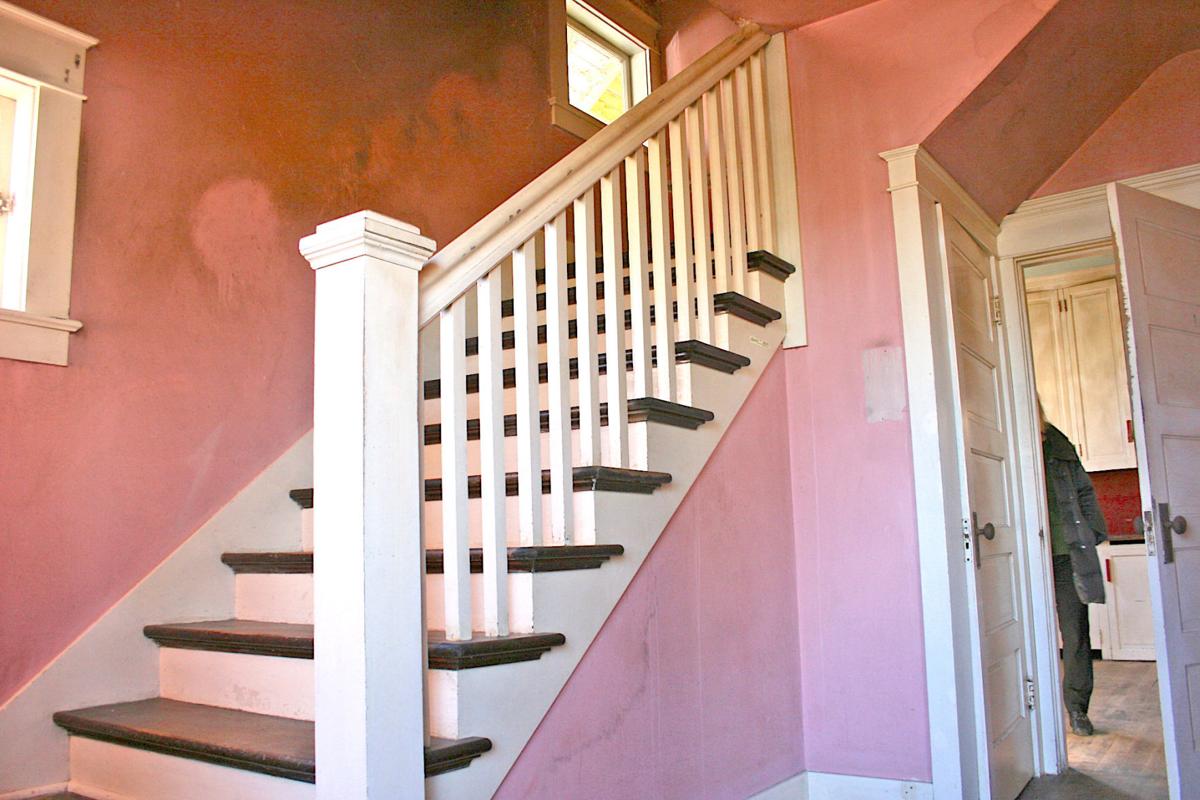 Stairs lead from the front hallway to the second floor. 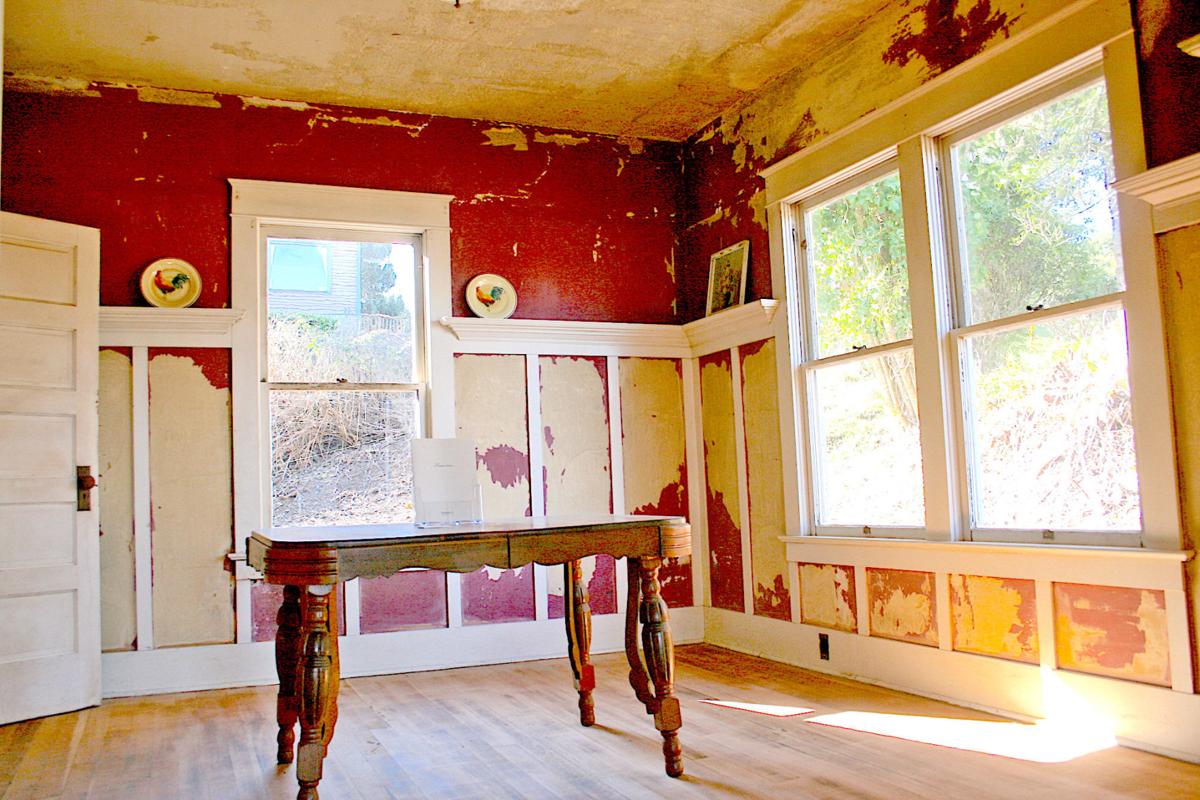 The dining room is wrapped in wainscoting. 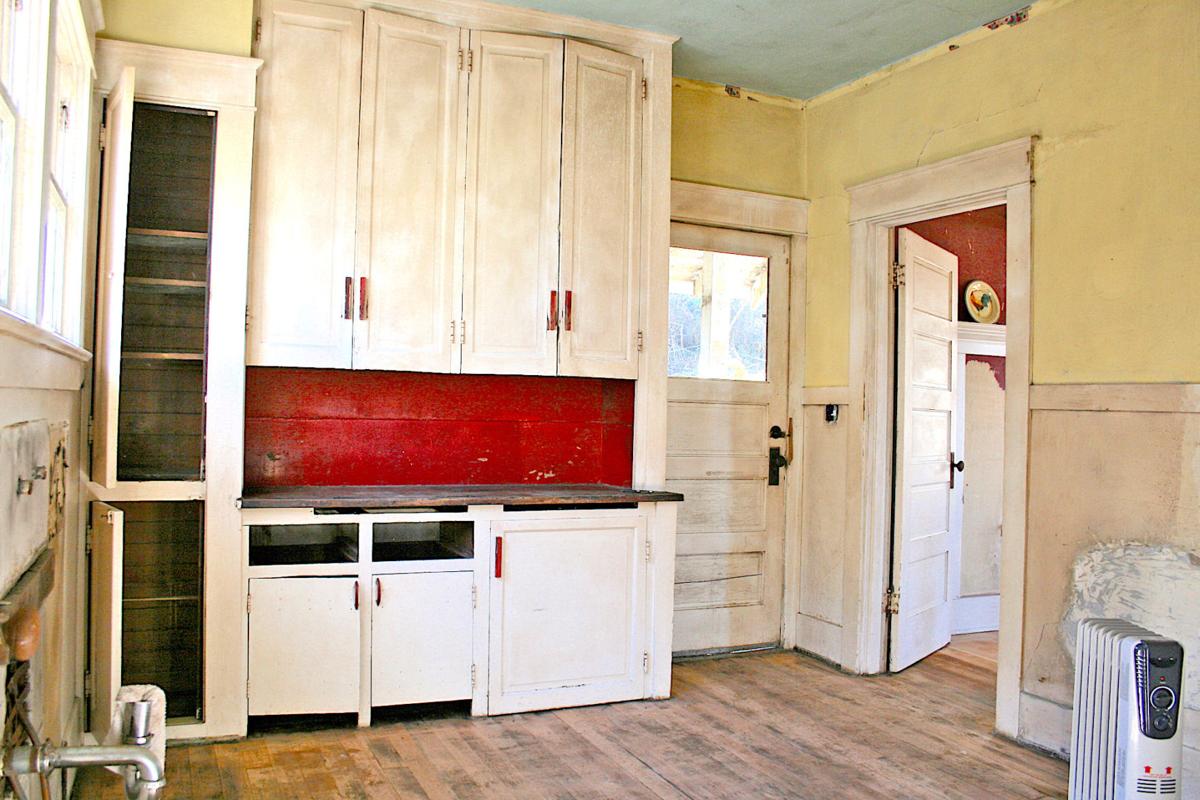 The kitchen has original cabinetry including a California cooler. 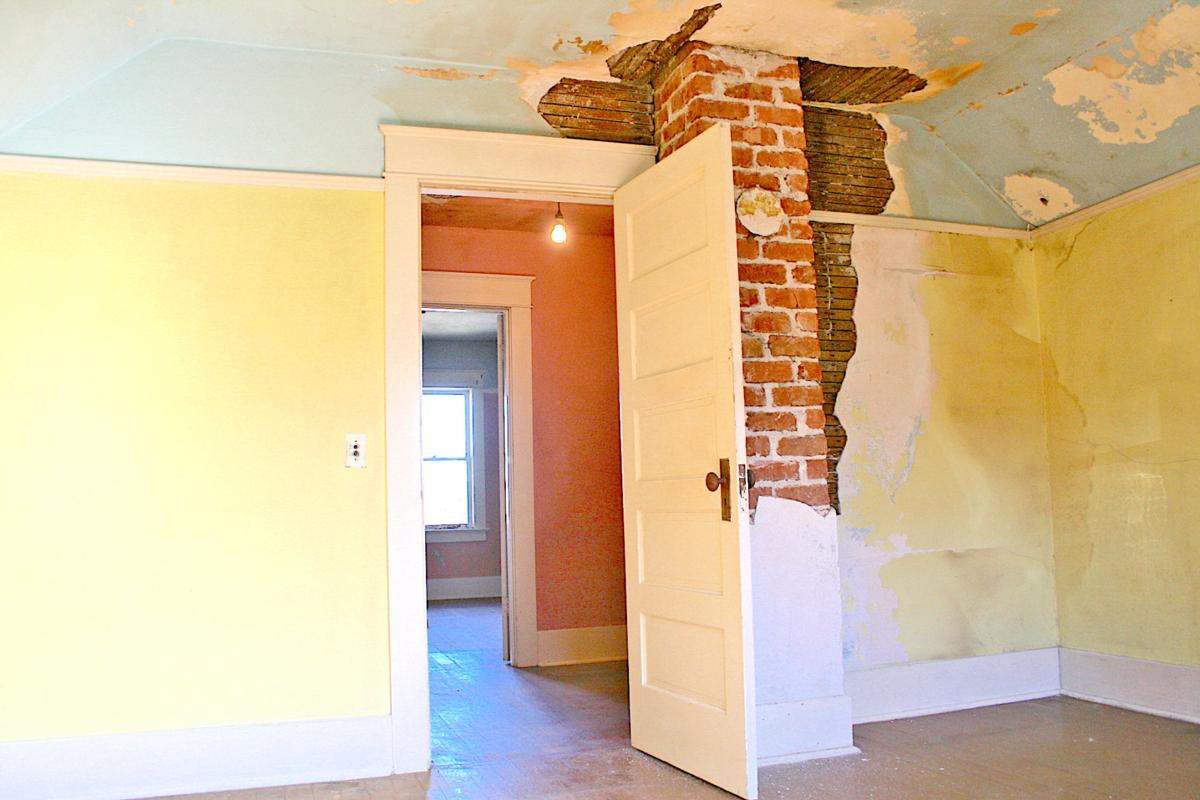 Rain once poured into the house and damaged interior plaster.

The James and Mary Johnson residence, a formerly derelict structure, is now under restoration.

Stairs lead from the front hallway to the second floor.

The dining room is wrapped in wainscoting.

The kitchen has original cabinetry including a California cooler.

Rain once poured into the house and damaged interior plaster.

ASTORIA — Kathy Laughman graduated from Astoria High School, got a degree from University of Oregon, and eventually made her way to Seattle. Now retired, she’s returned to Astoria. “I was attracted to the overwhelming beauty of the place,” she said.

While looking for a house to purchase, she and her brother Jon, a contractor, visited a house on Irving Avenue. Her brother pointed to the house next door and said, “You’re looking at the wrong house.” Both she and her brother were struck by the character of the adjacent, dilapidated, house… much of it covered by blackberry vines.

They learned the house was owned by the State of Oregon for back taxes. One year later, Laughman outbid six offers and purchased the house.

The house appears on Sanborn Maps by 1921. James and Mary Johnson are its earliest known residents. James was one of the incorporators of Zapf Furniture and Hardware in 1908. However, he held several jobs over the years. By 1918, he was an agent for The Oregonian. In 1921, neither he or his wife were known to have a job, but by 1925 Mary was a saleswoman at Fellman’s Department Store. Later, James became a watchman for the Port of Astoria.

Garfield and Helen Peterson purchased the house in the mid-1940s. He was a laborer for the Columbia River Salmon Co.’s cold storage plant. By 1955, he was an employee for the Pillsbury Flouring Mill. His son, Gerald, worked there, too, as a lift driver. Gerald lived in the house until his death a few years ago.

“The roof was in poor condition,” recalled Laughman. “It must have rained in the house for years.” Her brother and nephews replaced the roof after they “hacked their way into the house.” The building was “laden with junk” and home to raccoons and other creatures. “My brother trucked away loads of stuff,” she said.

Laughman says she has done lots of cleaning. The kitchen stove did not have proper ventilation and “there was grease all over the walls.” Now, however, the building’s original qualities are beginning to shine through.

And, thanks to other local contractors, the house is taking shape. French’s Gutters and Sheetmetal replaced the roof gutters; Terry’s Plumbing cleared out the sewer line; and Wadsworth Electric reworked enough of the electrical to safely “turn some lights on and off.”

Laughman’s love for the home’s historic details is infectious. Whether it be exterior details like knee braces beneath the eaves, Tuscan columns on the front porch, leaded glass windows, or an original Craftsman-style front door, she is quick to point out their inherent beauty.

Inside, the kitchen is a real find. It’s not often that original cabinetry remains after more than 100 years. In addition to an intact California cooler — an early refrigerator that uses outside air to keep contents cold — an adjoining countertop is made from one single piece of wood. Then, there is an original cast iron sink. “The quality and materials… they just didn’t stop,” she said.

“This house is a neglected beauty. It’s a part of Astoria’s history,” said Laughman. “My roots are in Astoria. Having moved back, I can’t believe how much I feel at home here.”