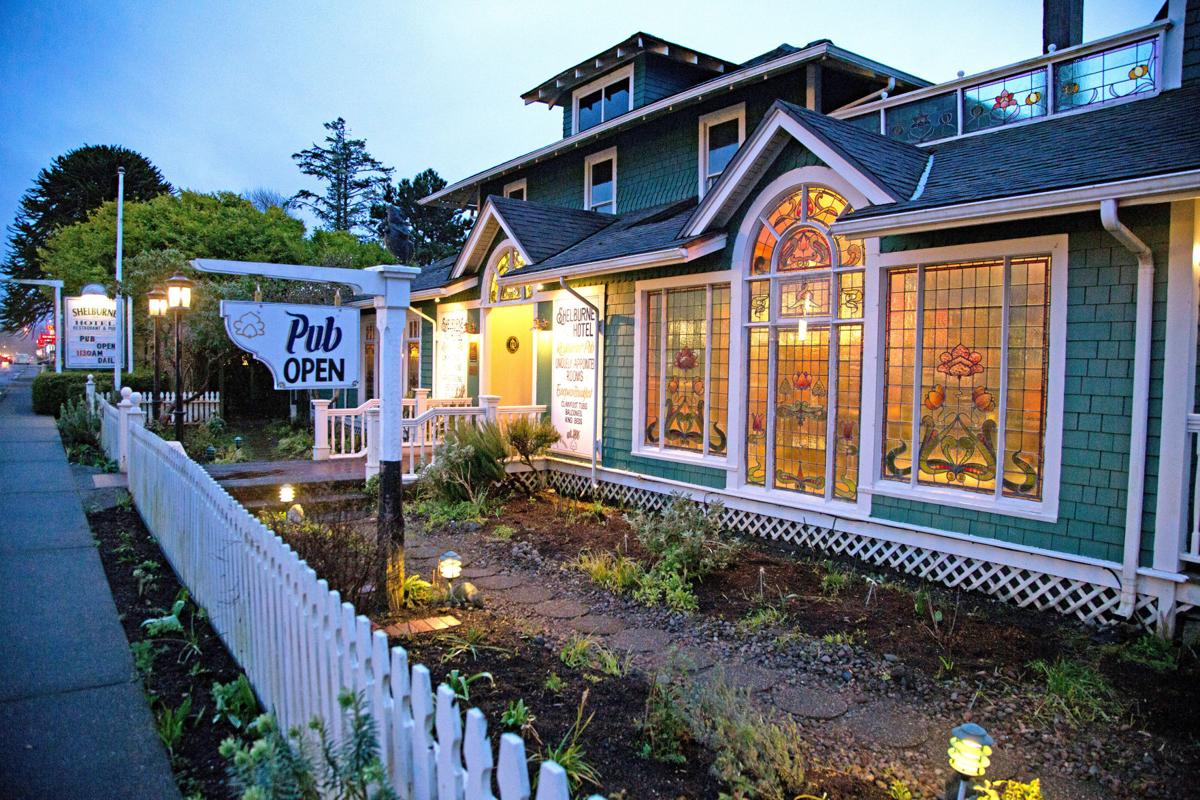 The lights are back on at the Shelburne Hotel following recent renovations. 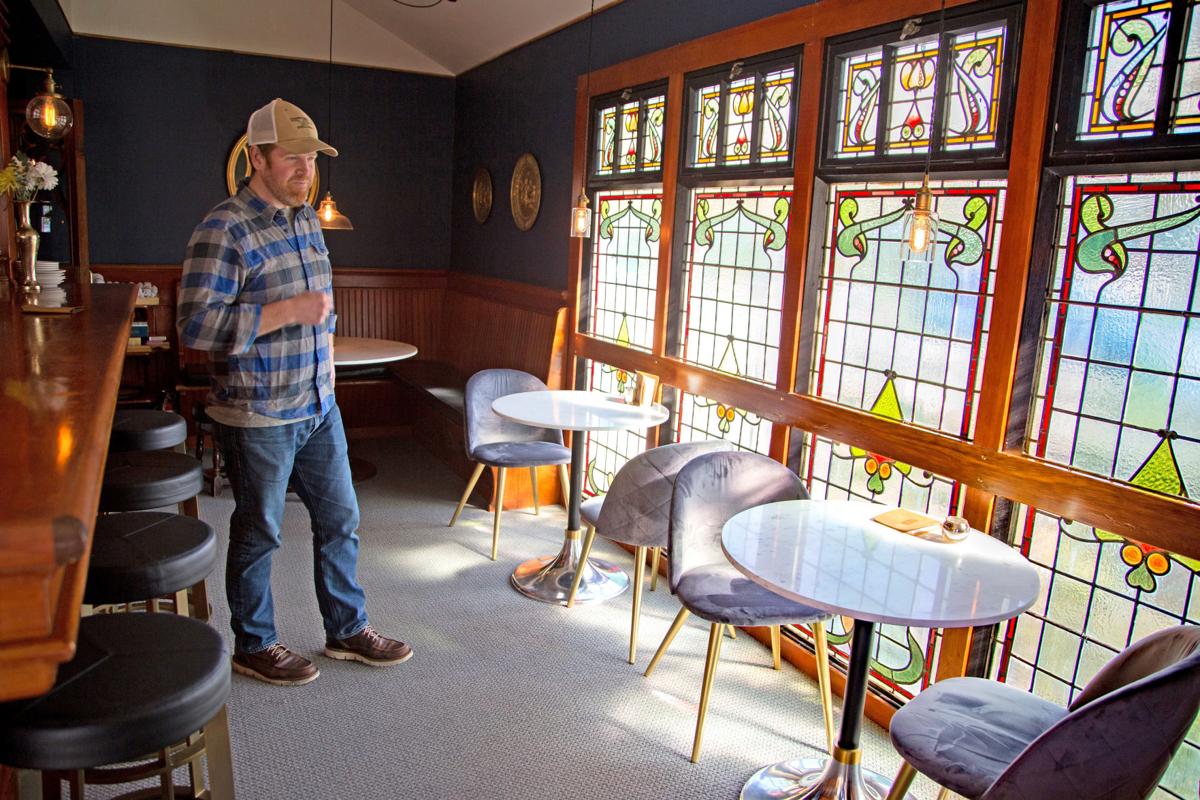 Recent renovations to the interior dining and pub area opened up the space while retaining the features and feel that made it unique. 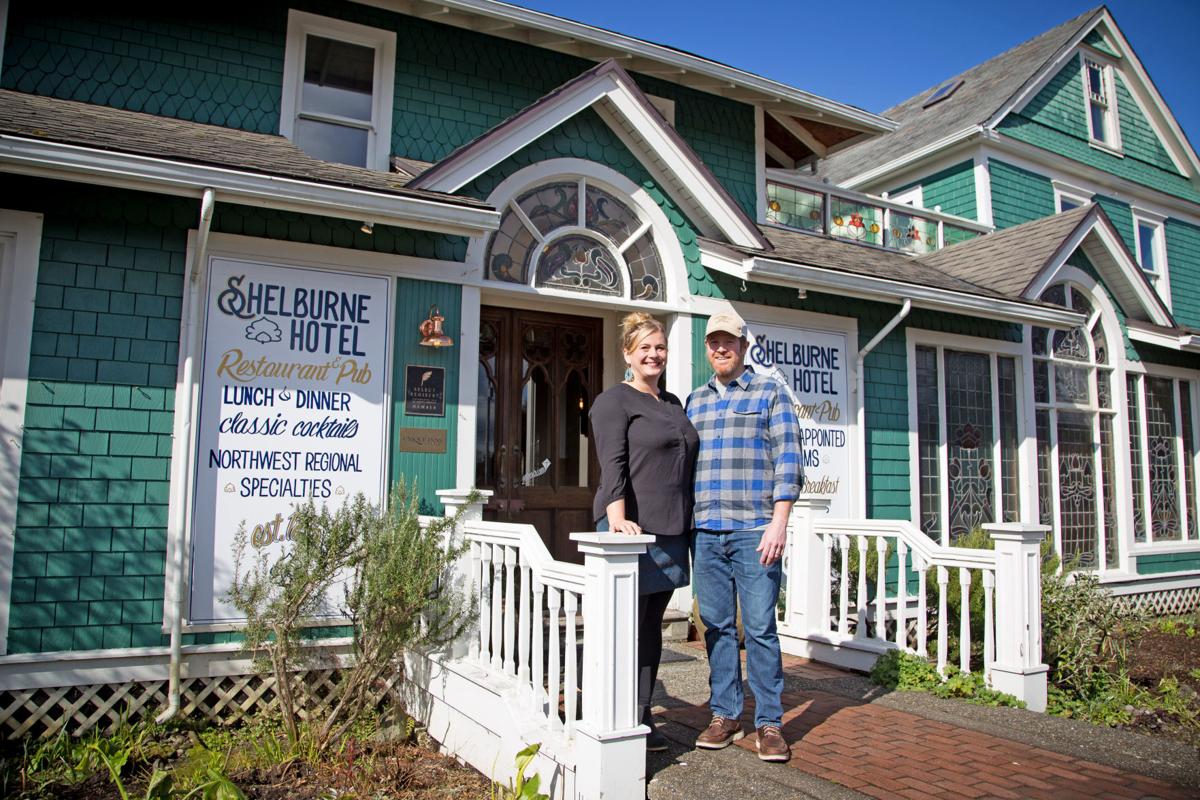 Tiffany and Brady Turner are the new operators of the Shelburne Hotel. The historic hotel first opened in 1896. 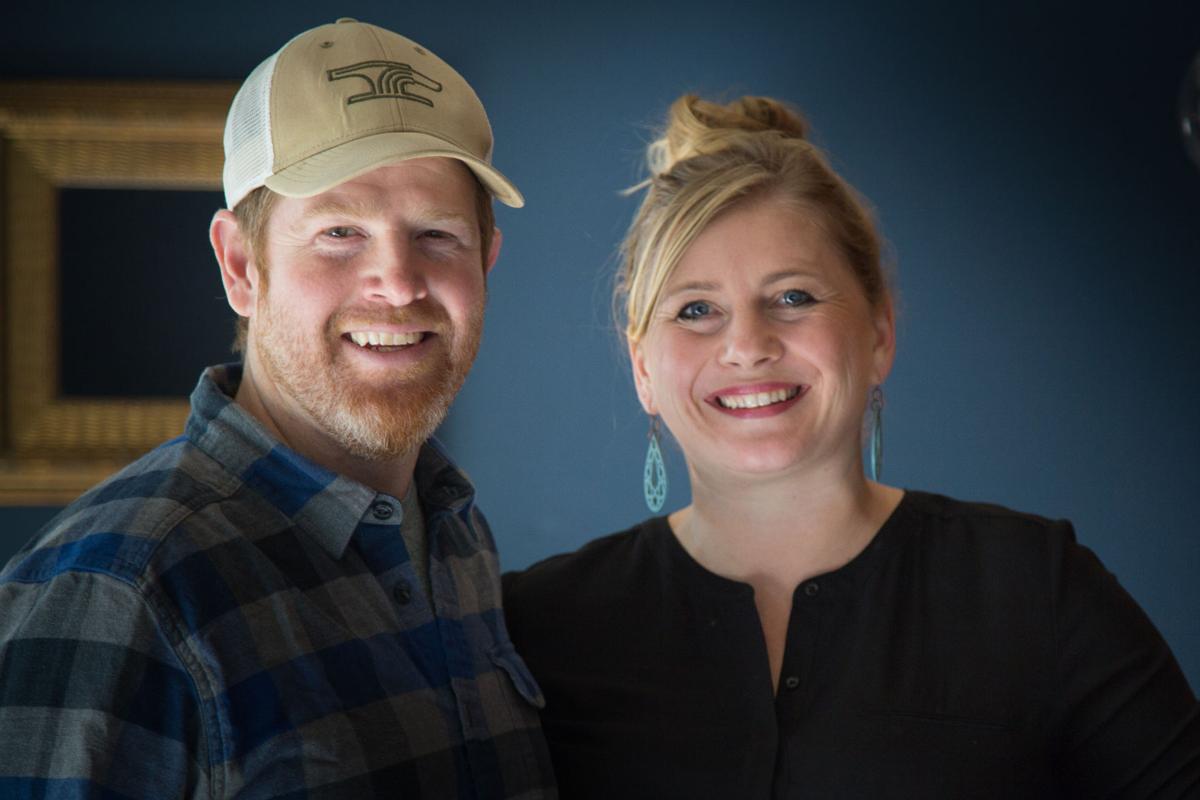 Brady and Tiffany Turner have a unique history with the Shelburne Hotel. “We got married there,” Tiffany said. “It's always been a fun place for us to go.”

The lights are back on at the Shelburne Hotel following recent renovations.

Recent renovations to the interior dining and pub area opened up the space while retaining the features and feel that made it unique.

Tiffany and Brady Turner are the new operators of the Shelburne Hotel. The historic hotel first opened in 1896.

Brady and Tiffany Turner have a unique history with the Shelburne Hotel. “We got married there,” Tiffany said. “It's always been a fun place for us to go.”

EDITOR’S NOTE: Tiffany and Brady Turner of The Adrift Hotel in Long Beach are adding a new role at the Shelburne Hotel in Seaview, taking over from long-time owners David Campiche and Laurie Anderson. A previous deal covered by Coast River Business Journal to sell the Shelburne to someone else in 2016 fell through. The Turners, who also own The Ashore Hotel in Seaside and a new distillery in Long Beach, have reopened the Shelburne’s popular pub and are bringing the rest of the Seaview operation online this spring. Tiffany spoke to CRBJ about their plans.

What three words come to mind when you think of the Shelburne?

How did this come about?

“David prodding (ha-ha). We’ve always had a good relationship with David and Laurie. We got married there and we live in Seaview, it’s always been a fun place for us to go. It may be a little bit harder (to go) now that it’s ours, that’s the worst part of buying it. It came about because one time David’s prodding stuck and we went home and thought about it, ran some numbers and scenarios. After five years of him trying to get us to bite — we bit.”

When did he first approach you?

“Every time we came into the pub (ha-ha), but it was in a very gentle, loving way.”

What made now the right time?

“I think for us we’re definitely realizing we’ve positioned ourselves for growth. We have an incredible team of people who want to grow and we have two teenage boys so our scope geographically is limited because we would like to watch basketball games at 4 p.m. in the afternoon when our kids are playing. This gives us the opportunity to grow while still staying here. We don’t feel like this is blank slate, it has a history and a soul, so it’s a unique challenge for us, which we like. We also have a love for David and Laurie and would like them to be able to enjoy retirement. We know the yoke that a business can be.”

What will the arrangements be?

“We’re leasing for three years and then we will purchase it after three years. We’re putting money down each year for the option to purchase. We’re putting a significant investment into it. I wouldn’t call them renovations — we’re not tearing down any walls — but a refresh of the rooms.”

What will your role be?

“For Brady and I, our roles will stay the same. I’m CEO and he’s the creative business development director. We’ll dive in right now and get it all set, then we’ll have a team of people operating it.”

Will it be different from what you’re doing now?

“It will look and feel a lot different, but it will be operated under the same umbrella. The diversification is important. This (Shelburne) is not a property that will look and feel like Adrift although there may be underlying themes you may uncover that are similar when it comes to service style, commitment to local foods and the environment.”

Is there any concerns or any aspects that make you nervous?

“The challenge is preservation while recreating something more relevant for today’s traveler; it’s going to be a difficult dance. But I think it’s doing the building and the history of it justice. We’re really working hard to not do any irreparable damage. In our remodel and reinvention process we’re going to be sure to preserve everything.”

Will there be any new hires or changes to the current Shelburne staff?

How long has he been the executive chef?

Will there be any specific changes to the menu?

“From a restaurant perspective there’s going to be two different operations, the pub and the restaurant. It will feel a little more separate than it does now. We’re going to open up the pub. The three frosted glass windows that open to the lobby are going to go away. The lobby will feel like it’s part of the pub and we’re going to have parlor and board games so that people can feel like they can come grab a beer, play a game or bring their family. Right now kids can’t go in the pub and that’s basically due to the liquor regulations and the way it’s built. The little inglenook area, currently where they have a piano and couches, we’re going to put a pool table and shuffleboard. It will feel bigger. We’re trying to make the pub menu very approachable. We’ve talked to Nanci, David and Laurie about trying to find some of their signature dishes from when they were at the Shelburne. The fine dining restaurant will only be open two days a week (Friday and Saturday) to start, and then three to four days a week in the summer. It will be a step up from anything we’ve done or seen on the Peninsula recently. We’re still conceptualizing but we’re talking table-side cocktails and a cheese cart. It will be a true experience and the seasonal menu will change monthly.”

What prompted the name change from Shelburne Inn to Shelburne Hotel?

“We wanted to take it back in history from a name change perspective. We feel like hotel is a more relevant term for travel trends right now. It fits with our brand a bit better.”

Will it be operated like a traditional bed and breakfast?

“We’re not sure on the breakfast part yet. There will be some sort of breakfast. The pub and restaurant won’t be open for breakfast — it’s too expensive operationally. There will be some sort of breakfast served to guests. Katie Witherbee, who used to run the kitchen at The Ark, is running our bakery. The entire bakery operation will be operated out of the Shelburne kitchen by Witherbee. She was trained by Nanci and Jimella and we’re really lucky to have her.”

You mentioned ‘modernizing’ the rooms, how so?

“I don’t think modernizing is a word that will scare everybody. We’re trying to take them a little bit out of the Victorian era, which actually wasn’t when the building was built, and bring them to the early ‘20s. We’re still trying to make it feel historic.”

How do you plan to market the Shelburne Hotel?

Do you plan to market to certain crowd or demographic?

“It will be a little bit of a different traveler than who we currently market to for Adrift, but we have nuances for who we market to for the Inn (at Discovery Coast), which is why we love online advertising. It really gives you the ability to narrow it to a demographic. David and Laurie are sharing their email list so we’ll definitely reach out to their past clients and market to them. It will be a multi-faceted marketing strategy.

How do you find balance with your work and family life?

“I run and walk on the beach… play with my dogs. I probably work less than most people think, but I’m always working, if that makes sense. I think that’s the joy of a business. Sometimes I wish there was more downtime but we just took 10 days off in Hawaii, so we get vacations. Work hard, play hard.”

Did you ever envision any of this?

“I never envisioned any of this. My degree is in elementary education. All of it has been very organic.”