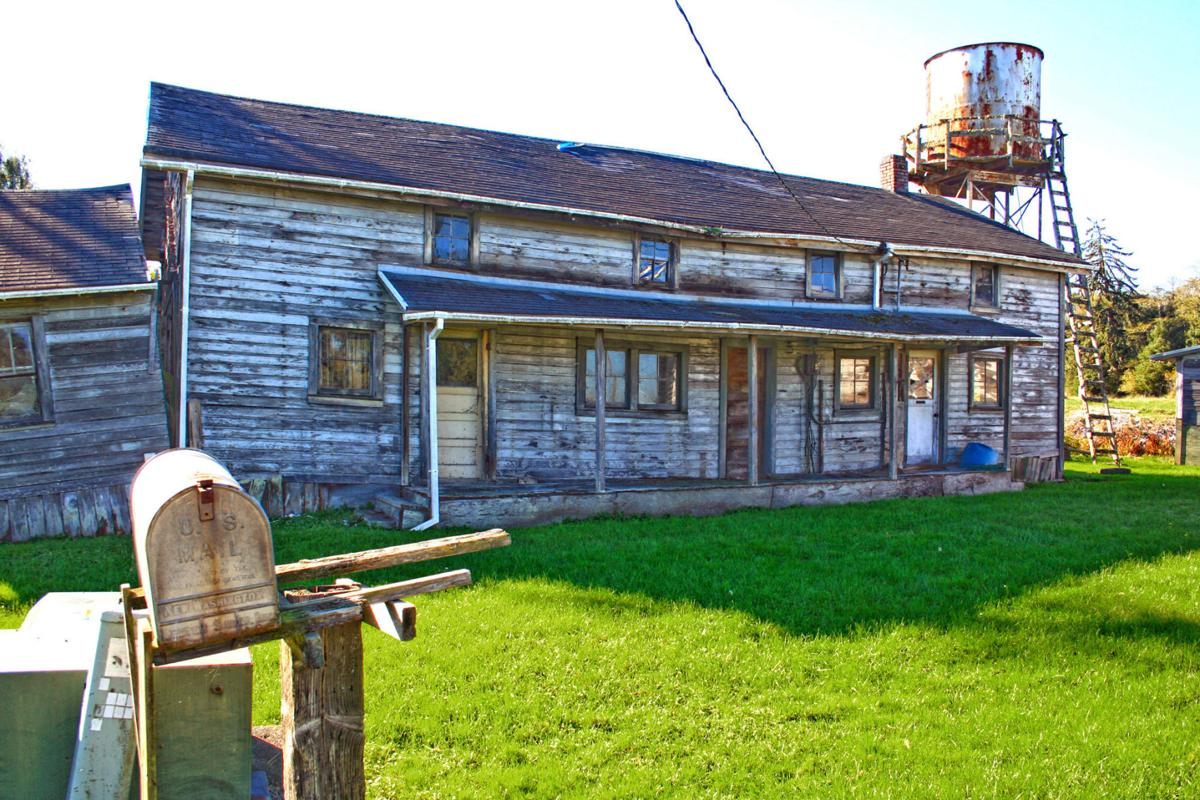 A former bunkhouse stands near the old cannery. 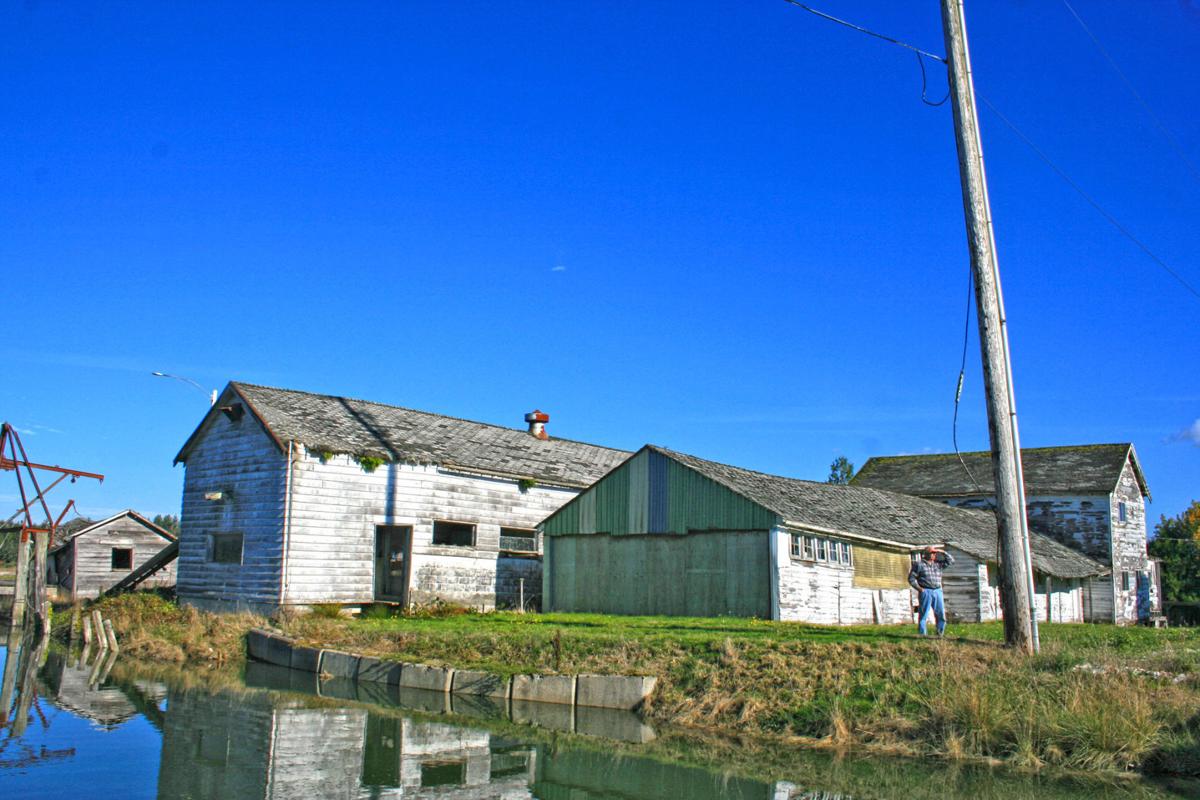 The remains of the New Washington Cannery are located at the mouth of the Middle Nemah River. 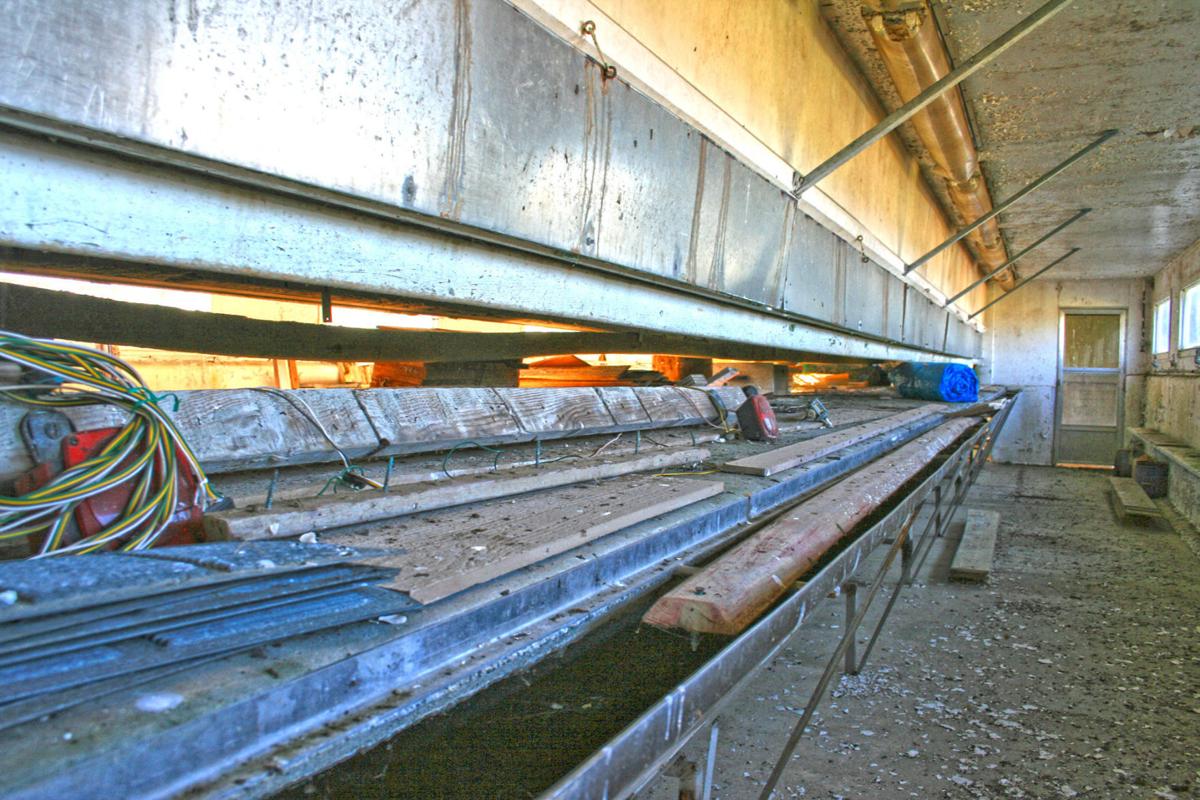 The opening room was once filled with workers removing oysters from their shells. 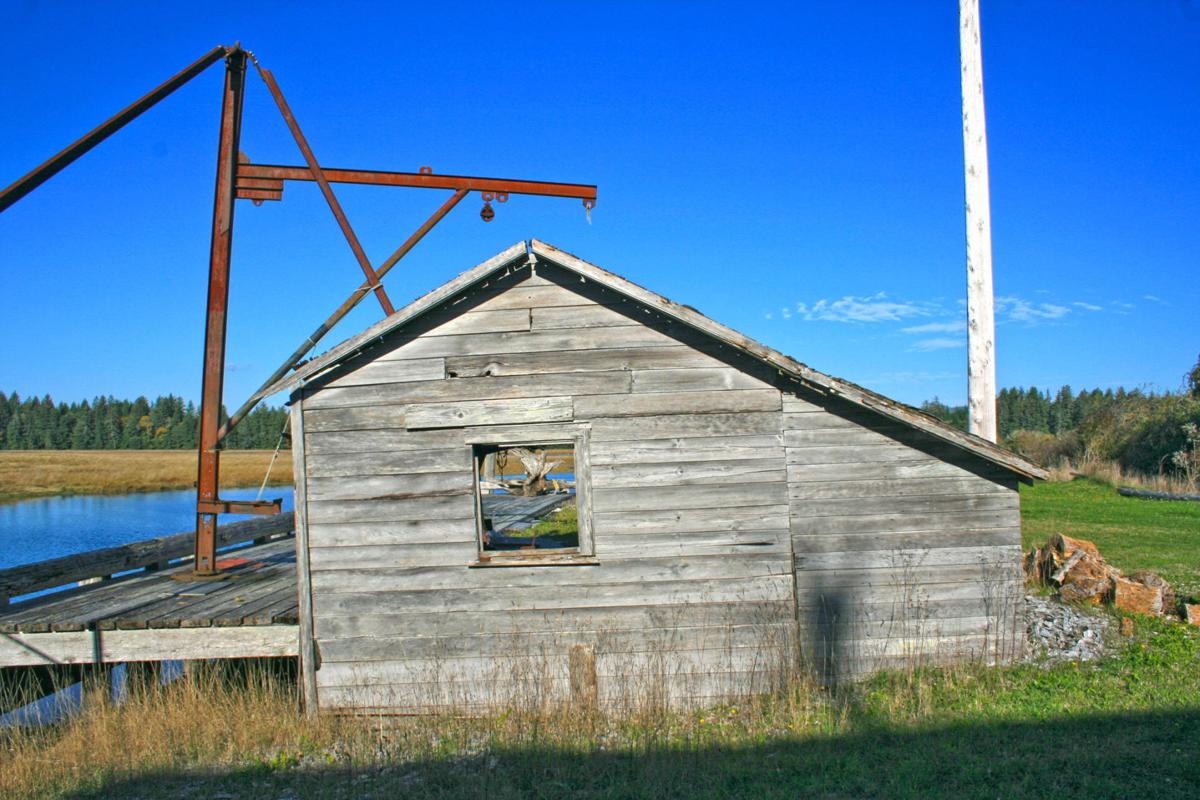 Oysters were hoisted from boats to this former receiving station. 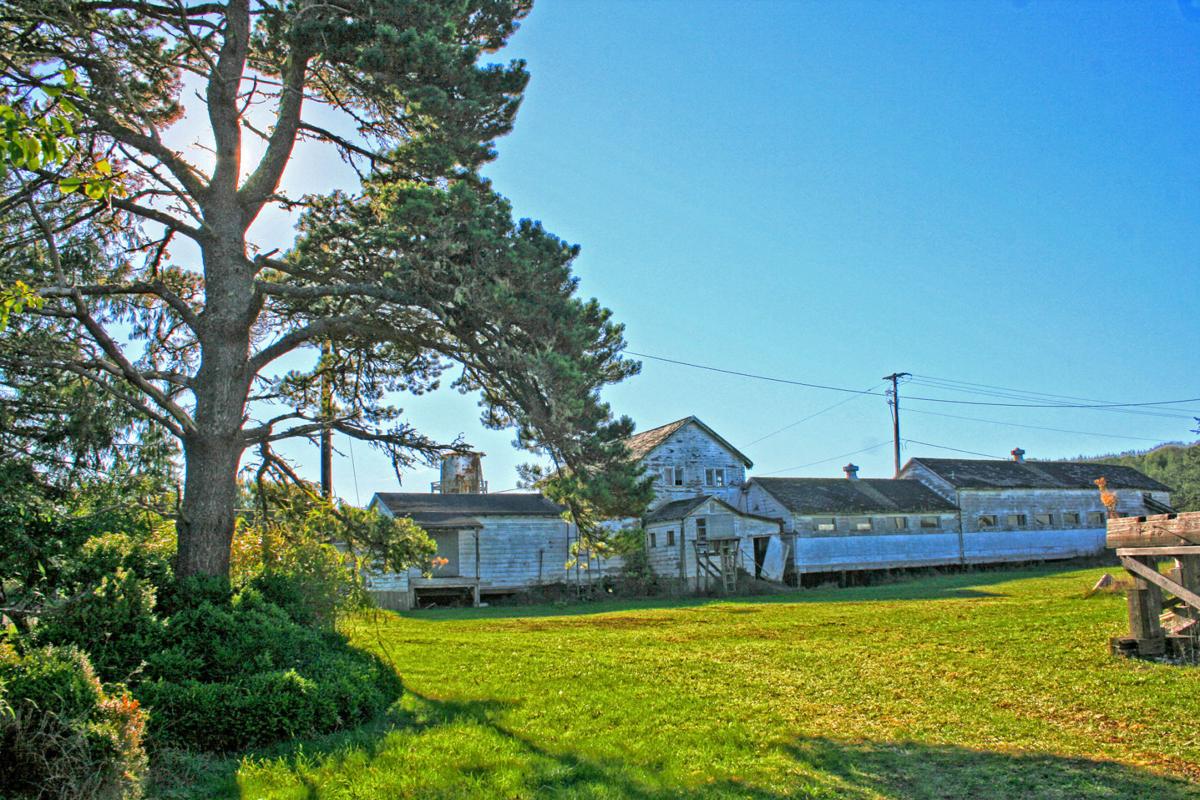 A shore pine marks the spot where Taitaro Nakao's house and gardens once stood. 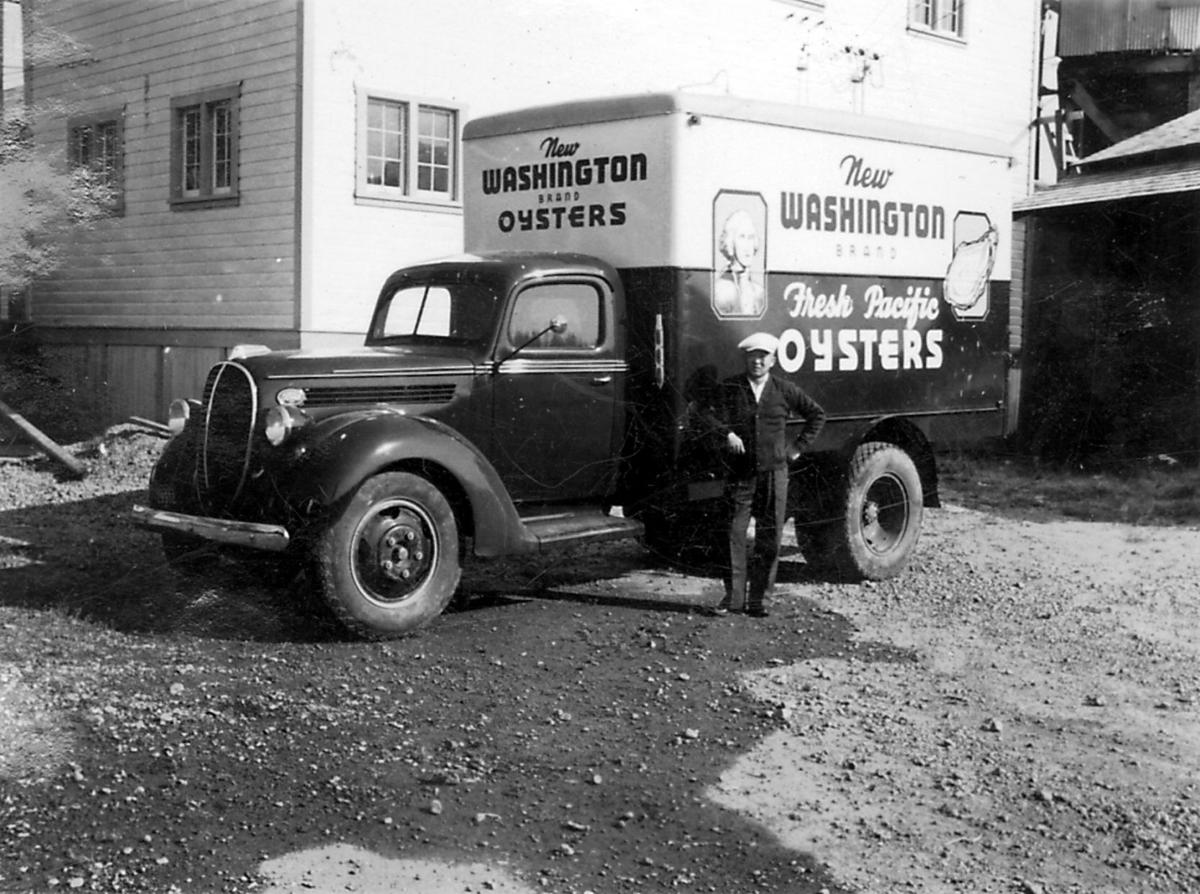 Bob Nakao posed with the New Washington delivery truck at the cannery on the shore of Willapa Bay.

A former bunkhouse stands near the old cannery.

The remains of the New Washington Cannery are located at the mouth of the Middle Nemah River.

The opening room was once filled with workers removing oysters from their shells.

Oysters were hoisted from boats to this former receiving station.

A shore pine marks the spot where Taitaro Nakao's house and gardens once stood.

Bob Nakao posed with the New Washington delivery truck at the cannery on the shore of Willapa Bay.

WILLAPA BAY — ”The incarceration of the people that were there is one of the darkest periods of our history,” said Dick Wilson, recalling the treatment of local oystermen during World War II. “They were Americans. They were industrious, hardworking… and they yanked them out of here.” They were also of Japanese descent.

Their facility, the New Washington Oyster Co., was purchased by Wilson in the early 1980s. His firm, Bay Center Mariculture Co., maintained operations there for as many as 10 years. Today, the cannery is deteriorated. Yet, it marks a site where Japanese oystermen succeeded in spite of extreme prejudice.

In 1931, the New Washington Oyster Co. was formed by Kinmatsu Kanazawa, Sentara “Charles” Murakami, Rikimatsu “Harry” Hatate, Fred Yoshioka and Moritari “George” Yanagimachi. All were Japanese immigrants, some of whom emigrated from Nimoshima Island near Hiroshima.

Here, they constructed a cluster of simple buildings near the mouth of the Middle Nemah River on Willapa Bay. Their oyster plant, which in the beginning also canned salmon, included a wood-framed building to process the oysters, a boiler house, bunk house and a receiving dock. Houses for the owners were constructed nearby.

In 1939, the cannery sought summer help. One of the individuals who applied for work was Giro Nakagawa, a graduate of Kent High School and a member of its championship football team. One of 11 children in his family, he left his parents’ truck farm to work in the oyster fields. During this time, he exhibited a trait seen throughout his life, that of an unquestioned work ethic.

Nakagawa returned home to Kent in the spring of 1942. There, he attempted to join the military, but was ttold by the recruiter that Japanese-Americans were not welcome in the armed services. Soon thereafter, he, his family and others like him, were rounded up, placed on trains, and delivered to desolate internment camps. He was sent to Pinedale, near Fresno, California. His family was sent to Tule Lake.

When given the chance, Nakagawa left the camp with other prisoners to stack bags of sugar beets for Amalgamated Sugar in Napa, Idaho. He was freed from his labor in 1944 when he was drafted by the military. After serving the remainder of the war in the Blue Ridge Mountains of Maryland, Nakagawa was trained in counter-intelligence. He ultimately reached the rank of sergeant and was sent to Seoul, Korea. In 2012, he and other members of the 442nd Regimental Combat Team, received the Congressional Gold Medal… the highest award granted by the U.S. Congress.

Once discharged, Nakagawa returned to the New Washington Cannery. He and his friend Kuni Sasaki (also a U.S. veteran) were the first to arrive. They found the oyster beds depleted. According to Wilson, the plant was “robbed.” Local men took over the farm and cannery after the owners were interned, then stripped the fields of mature oysters.

The effects of the war, financial hardship and the initial prejudice against those of Japanese heritage caused some of the partners to sever their ties with the cannery. Although the history of all the partners is not clear, it is known Hatate left feeling betrayed by one of the owners. Murakami returned to Japan in search of his daughter who was in Osaka at the time of its bombing. He sold his shares to Yanagimachi and members of the Nakao families. Of Yanagimachi’s four sons (three of whom were U.S. veterans) only two, George and Harry, remained for any length of time.

The Nakao family remained with the cannery. Taitaro “Grandpa” Nakao began working there in the 1930s. He returned after the war and helped rebuild the oyster fields.

Nakao lived in a house on site and was said to have maintained a Japanese garden around it. His house is now collapsed, entwined in vegetation, but a lone shore pine — once trimmed in the cloud-pruning fashion — stands like a sentinel over the site.

Nakagawa also remained at the cannery. He started as a part-time manager and gradually purchased shares in the operation. By the 1970s, he was a major stockholder with the Nakaos, Yanagimachis and Frank Kawashima.

Nakagawa made an indelible impression on those who worked around him. Wilson’s children worked under Nakagawa. He expected his workers “to get their butt in gear.” Rather than feeling intimidated, Wilson’s children felt a “fondness” for him.

So, too, did Ron Stackhouse who worked for Nakagawa in the 1960s. He recalled the hard work, but also Nakagawa’s willingness to stop work early and take him hunting or fishing. Stackhouse’s son, Jim, grew up at the plant and started work there as a teenager. He said Nakagawa and his partners were, “always there for you, whatever would happen to you.”

The cannery closed about 25 years ago. Jim Stackhouse still keeps an eye on the property and trims the lawn out of respect for the Nakagawa family. Wilson says he is in no hurry to re-adapt the property. Nakagawa’s wife, Miyoko, still lives on site. At 92, she is revered by the men. “We won’t move on it until she makes a decision,” said Wilson.