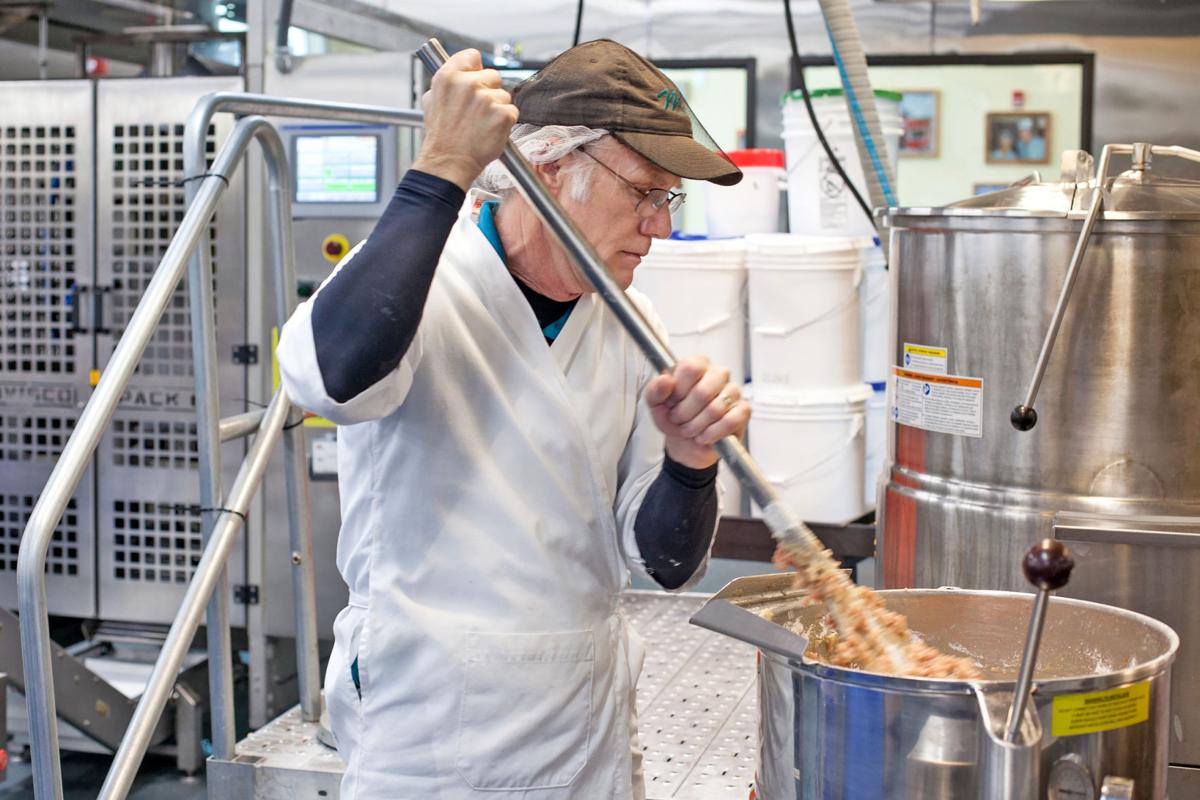 Mo's Chowder Vault manager Mike Marshall stirs a new batch of the restaurant's famous clam chowder. The facility, which is located inside the Astoria Mo's location, produces a few thousand pounds of the soup daily. 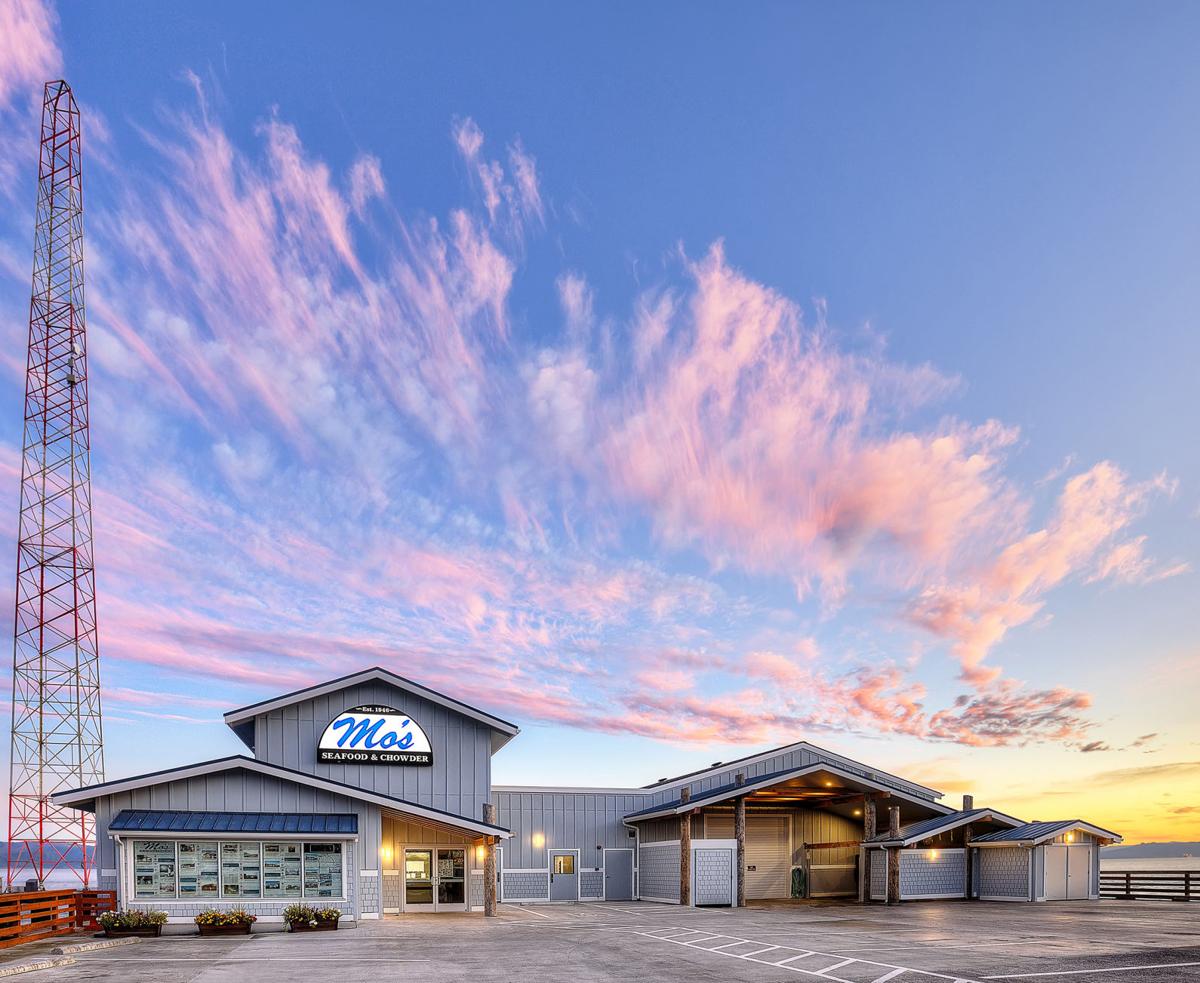 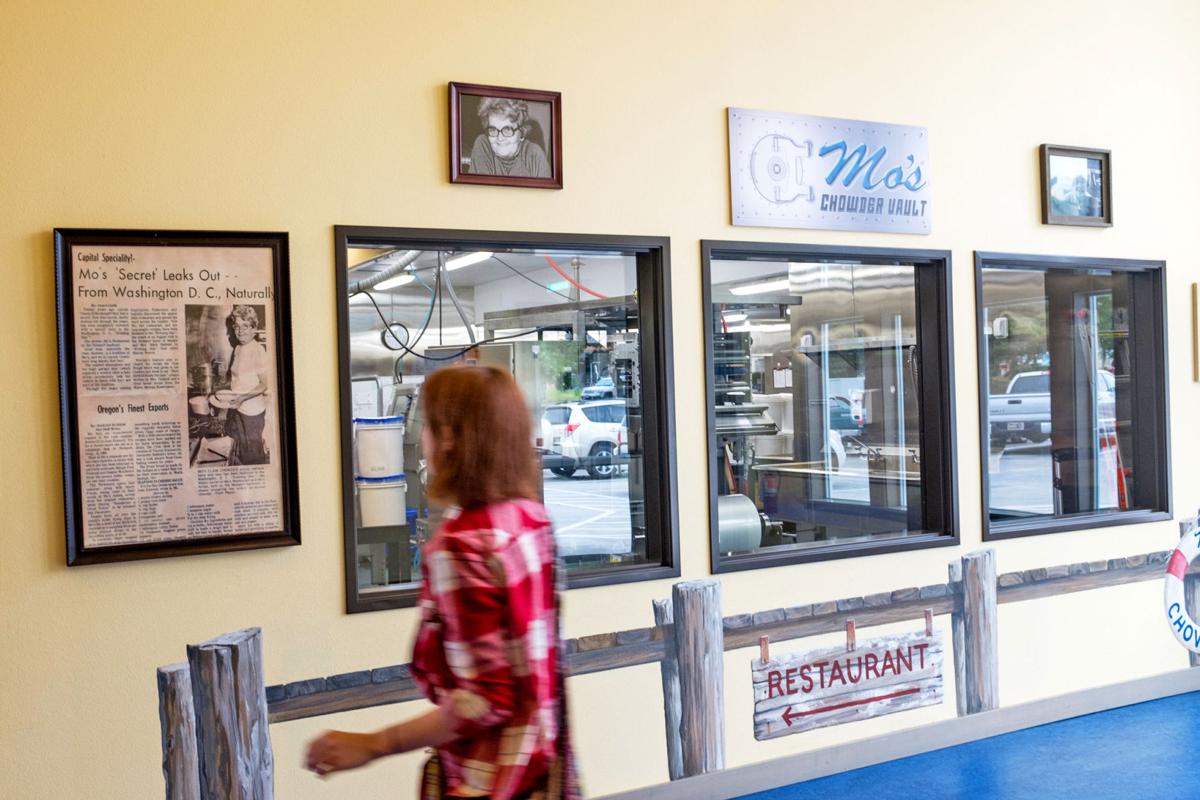 The wall outside the “chowder vault” at the Astoria Mo's restaurant honors its history and its founder, Mohava “Mo” Niemi. 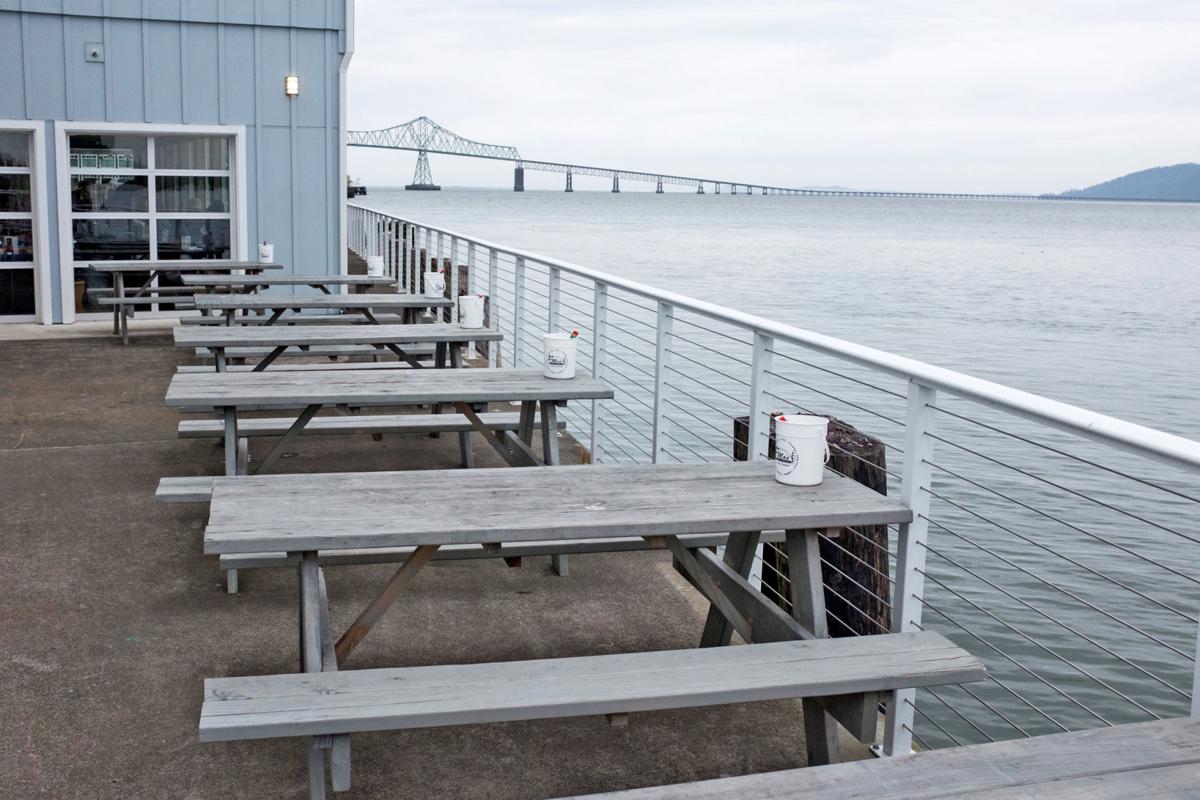 The deck seating area at the Astoria Mo's offers a panorama of the Columbia River.

Mo's Chowder Vault manager Mike Marshall stirs a new batch of the restaurant's famous clam chowder. The facility, which is located inside the Astoria Mo's location, produces a few thousand pounds of the soup daily.

The wall outside the “chowder vault” at the Astoria Mo's restaurant honors its history and its founder, Mohava “Mo” Niemi.

The deck seating area at the Astoria Mo's offers a panorama of the Columbia River.

ASTORIA — With several decades of seafood success, it should come as no surprise that the first year at Mo’s Chowder and Seafood location in Astoria was a good one.

“Since we have been around for over 70 years, I think we have a slight advantage when opening up a restaurant on the Oregon coast, because people are familiar with our brand,” said company President Jolee Bancroft. “It doesn’t really feel like we have had many challenges.”

The Astoria location, which opened June 22, 2017, is the eighth Mo’s restaurant, in a chain that goes up the Oregon coast from Florence, as well as a site at the Portland International Airport.

“Really, the first year in Astoria has been uneventful, which in my opinion, is a good problem to have,” said Bancroft. “Since we went through opening our PDX location just two years prior to Astoria, we were able to apply what we had learned.”

Store manager Kimberly Bolin agreed, “It’s been fantastic. Everybody loves Mo’s, so it’s been wonderful. It’s our first year, so we were learning and dialing it in,” she said.

Bancroft said the Astoria location served nearly 200,000 customers in its first year. And while Mo’s sees a lot of business from tourists and other visitors to the area, Bolin, who grew up in Astoria, said she was happy to see locals becoming regular customers too.

“I’ve been in the hospitality business for a long time, so I recognize faces, even if they just come back once,” she said. “You start to see some faces once or twice a week. There is a generous amount of people who come back that I’m figuring out are locals.”

And the view doesn’t hurt either.

“I know the waterfront location adds to the appeal of the restaurant,” said Bancroft, “The view is absolutely breathtaking.”

Bolin agreed, noting that while other Mo’s locations have views of the ocean or a bay, the panoramic view of the Columbia River and Astoria-Megler Bridge is special.

“The view is unique, in the sense that it’s a river view. All of [the other locations] have beautiful views,” Bolin said.

The more than 12,000-square-foot facility features the restaurant and gift shop, as well as their “Chowder Vault,” which produces the chowder for all of the Mo’s restaurants. Before opening in Astoria, the chowder production was based out of their Newport location. Chowder Vault manager Mike Marshall said they produce upward of 3,000 pounds of the famous chowder a day. And both Marshall and Bancroft pointed out that they have room to expand in that area.

“It is working exactly how we expected and we are currently working to get our final approval from the USDA to then take our fresh clam chowder base to supermarkets around the Pacific Northwest,” Bancroft said.

The Astoria Mo’s boasts 60-plus employees, many of whom, according to Bolin, helped prep the location before it opened last year.

“We did a lot of the internal stuff like painting, decorating,” she said “Everybody was hands-on involved. It felt good to have these people involved in the excitement of opening such an amazing place.”

And with the successful openings of the PDX and Astoria locations of the last couple years, Bancroft said they may look to expand further.

“The first year in Astoria has been an exciting adventure. Getting to know the ins and outs of our community, the busy and slow times of the year and the desires of our guests and staff, has kept us on our toes,” she said. “We are always looking for the perfect location for further expansion.”