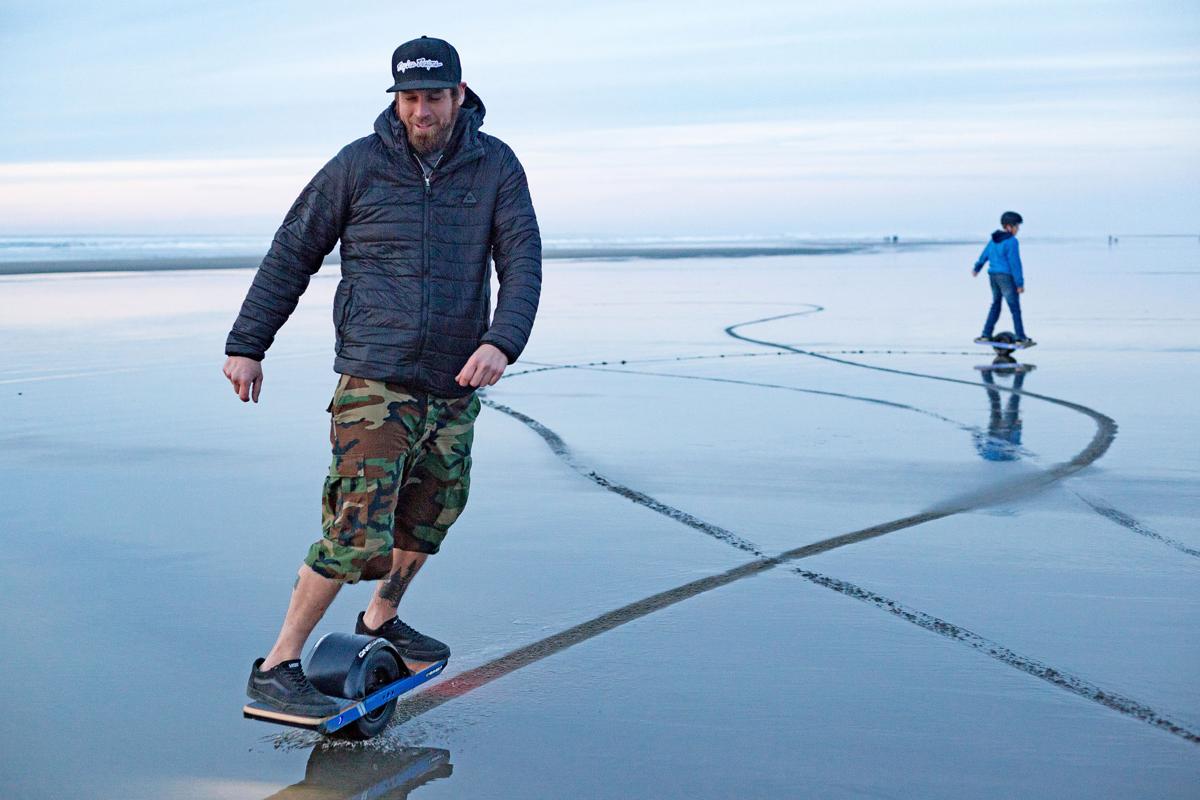 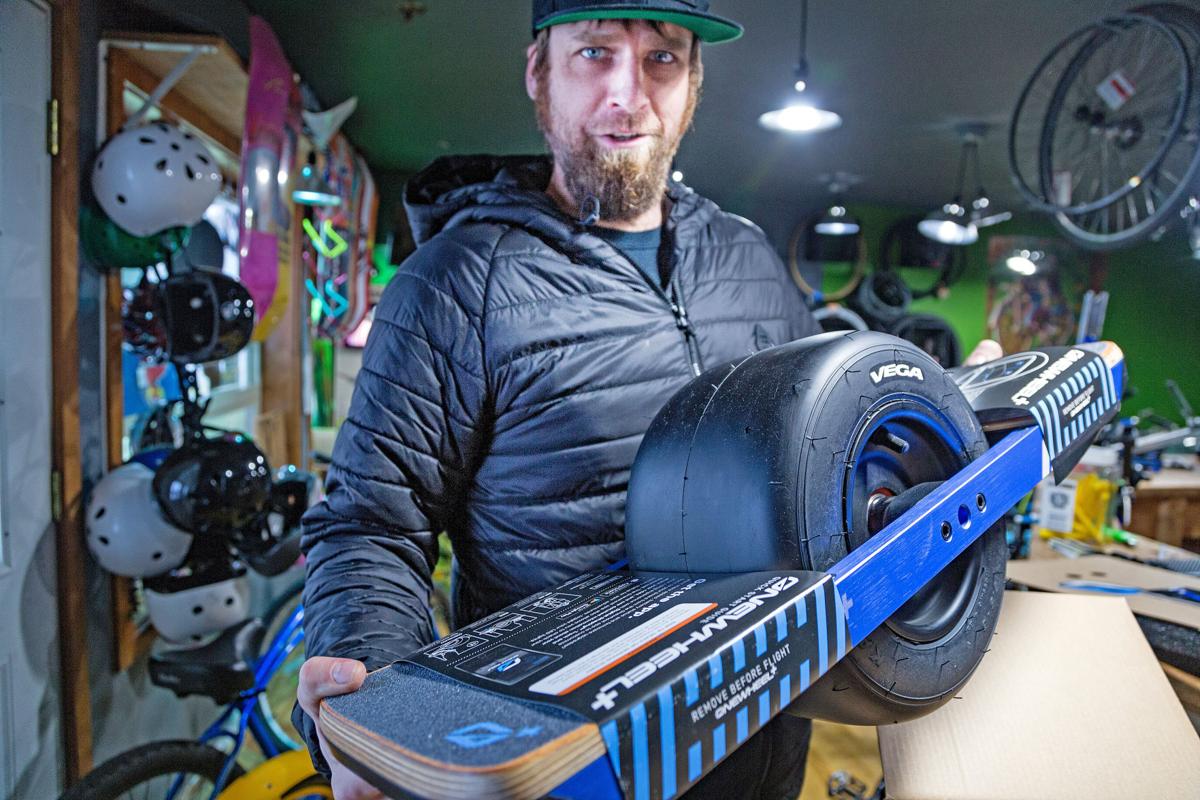 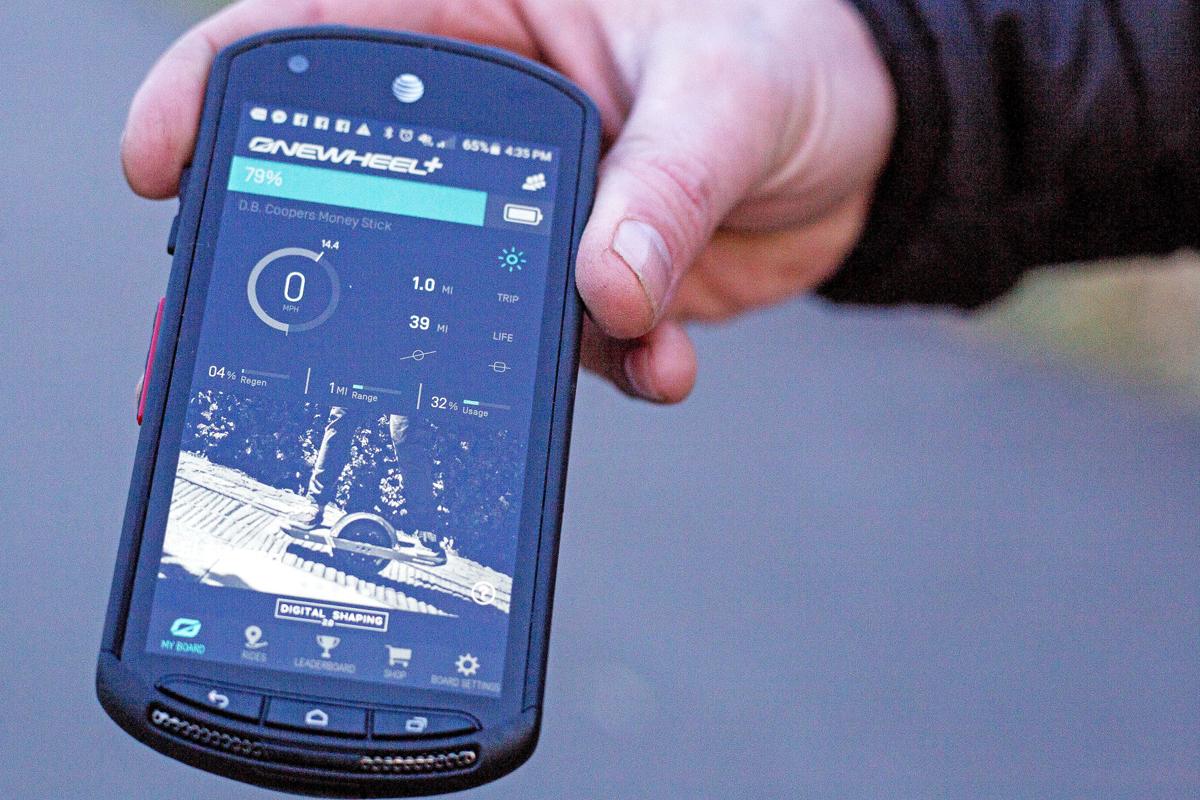 A custom app allows users to connect and “digitally shape,” or customize ride and performance characteristics of their Onewheel. 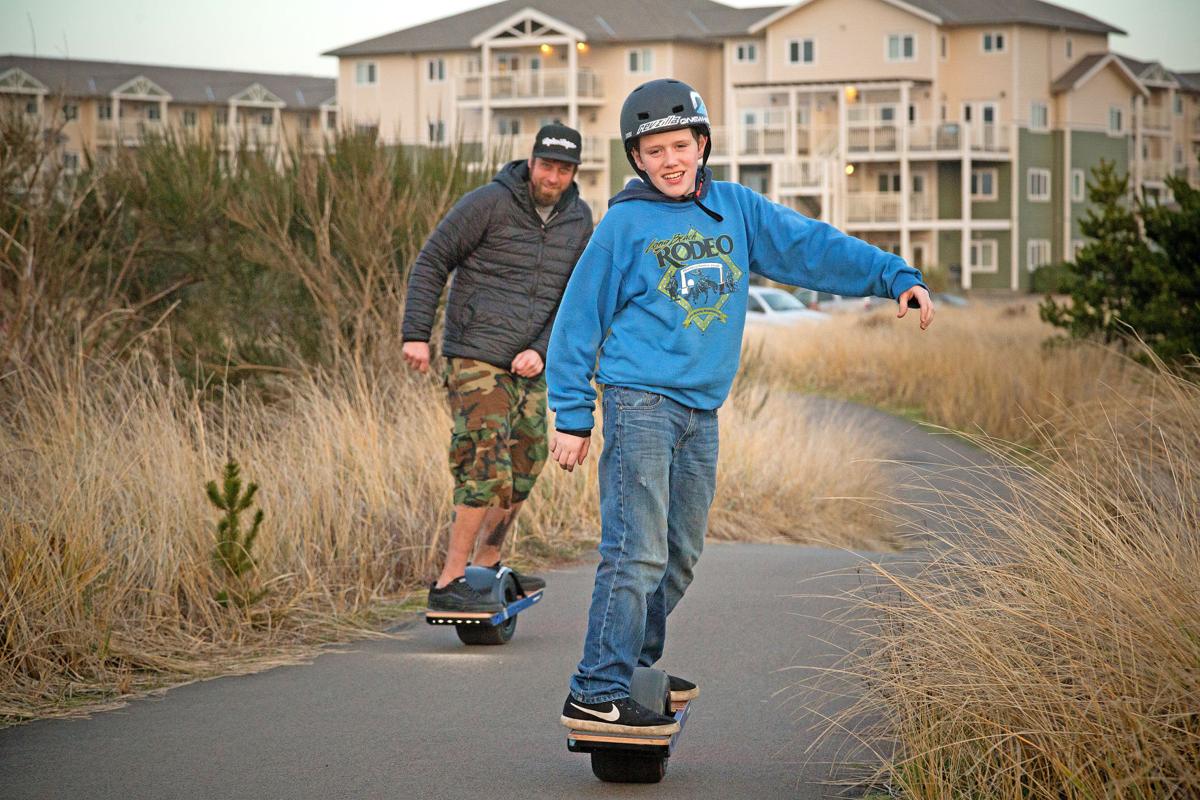 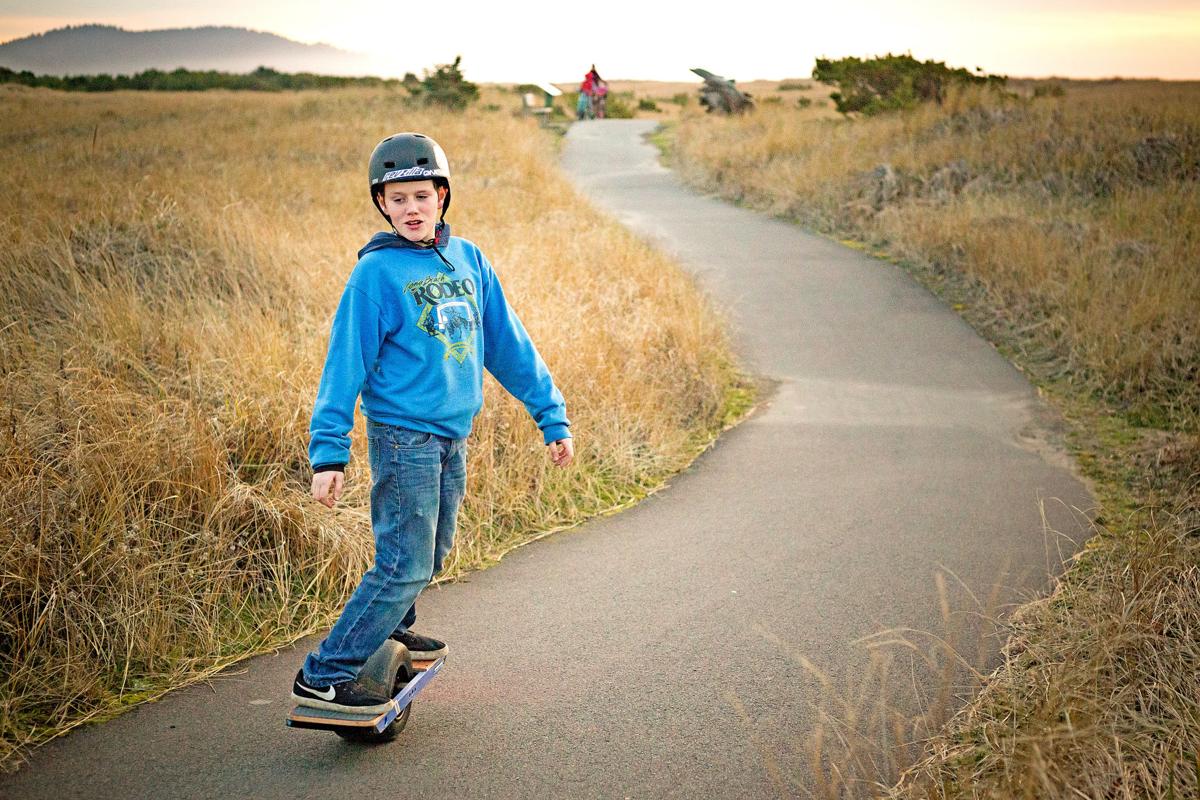 Cody Huff, 14, routinely rides a Onewheel along Discovery Trail in Long Beach. Huff also commuted to his first day of class on one of the self-balancing, electric skateboards.

A custom app allows users to connect and “digitally shape,” or customize ride and performance characteristics of their Onewheel.

Cody Huff, 14, routinely rides a Onewheel along Discovery Trail in Long Beach. Huff also commuted to his first day of class on one of the self-balancing, electric skateboards.

LONG BEACH — It was a typical early summer day in downtown Long Beach for Cody Huff, until the 14-year-old spotted a man riding a mysterious board-like object south on Pacific Avenue.

Absorbed by the sight, Huff chased the man and the unknown object that resembled a skateboard without wheels. Unaware of Huff, he disappeared in the distance, never once stopping or lifting a foot from the mysterious board. Perplexed by the experience, Huff turned to the Internet for answers. In a YouTube video he found it: what he witnessed was a self-balancing electric skateboard, also known as a Onewheel.

Six months later, the once-mysterious board has become a mainstay at Discovery Ride Shop, where owner Pat McCash is embracing the latest line of self-balancing electric skateboards as new way to ride, explore and play on the Peninsula.

In September, Huff insisted McCash should order a Onewheel for the store as a demo model. Shortly after it arrived, Huff rode it to the first day of class at Ilwaco High School, generating some buzz among students. Early in the fall, McCash placed more orders for Onewheels. But supply was limited at first, and the boards trickled in. In December however, a shipping error resulted in an abundance of the boards arriving unexpectedly and a bonanza ensued among customers who realized that McCash had a stash of the rare and coveted electric skateboards.

“They shipped us a massive shipment by accident,” McCash said. “During Christmas we were the only people that had them in stock. We were getting calls from Lynnwood, Washington — one guy came from Bend, Oregon and got one.”

So far, McCash has sold 15 of the $1,500 boards, but gladly gives free demonstrations and opportunities to anyone interested in experiencing a self-balancing skateboard firsthand.

McCash regularly rides his personal Onewheel on the trails around Black Lake, a path he formerly frequented on a bike. He equates the experience as unlike any other, a combination of surfing and snowboarding. Intuitive footpads are used to direct the board.

“If you lean forward it goes forward, if you lean back it goes back,” McCash said. He compared the balancing technology in the board to that currently being used in drones.

“It sends a signal 14,000 times a second to tell you where you’re at,” McCash said. The durability of the boards makes them particularly appealing because of the harsh environments of the Pacific Northwest.

“You can ride them through the rain and snow in the dirt or sand,” McCash said.

First introduced in 2014 by Kyle Doerksen, the Onewheel is marketed as “motorized euphoria” and called “the closest thing to year-around snowboarding ever envisioned,” according the website (onewheel.com). It has a top speed of 19 mph, a 7-mile range and weighs about 20 pounds. An app allows the board to connect iPhones or Android devices for “digital shaping,” a customizable way adjust the ride and performance characteristics.