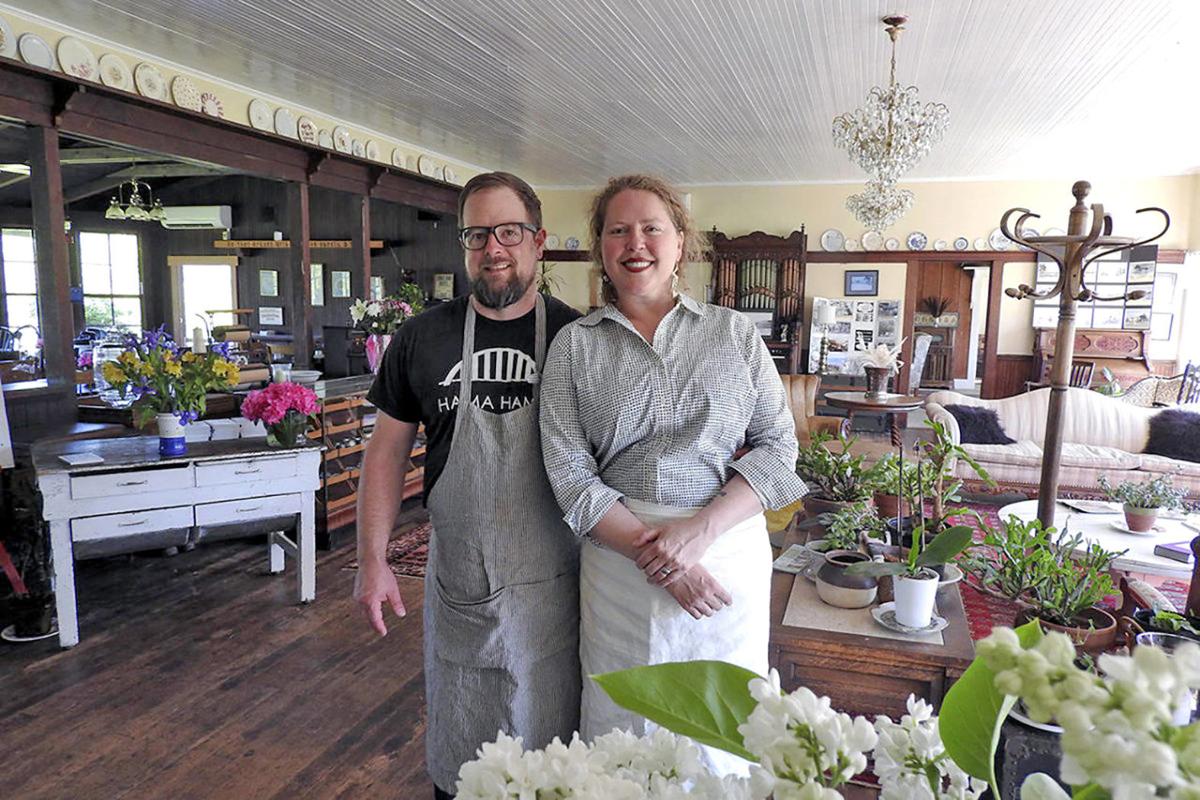 Zac Young and Heather Earnhardt are looking to preserve the historic ambience of the hotel and restaurant while expanding the services. 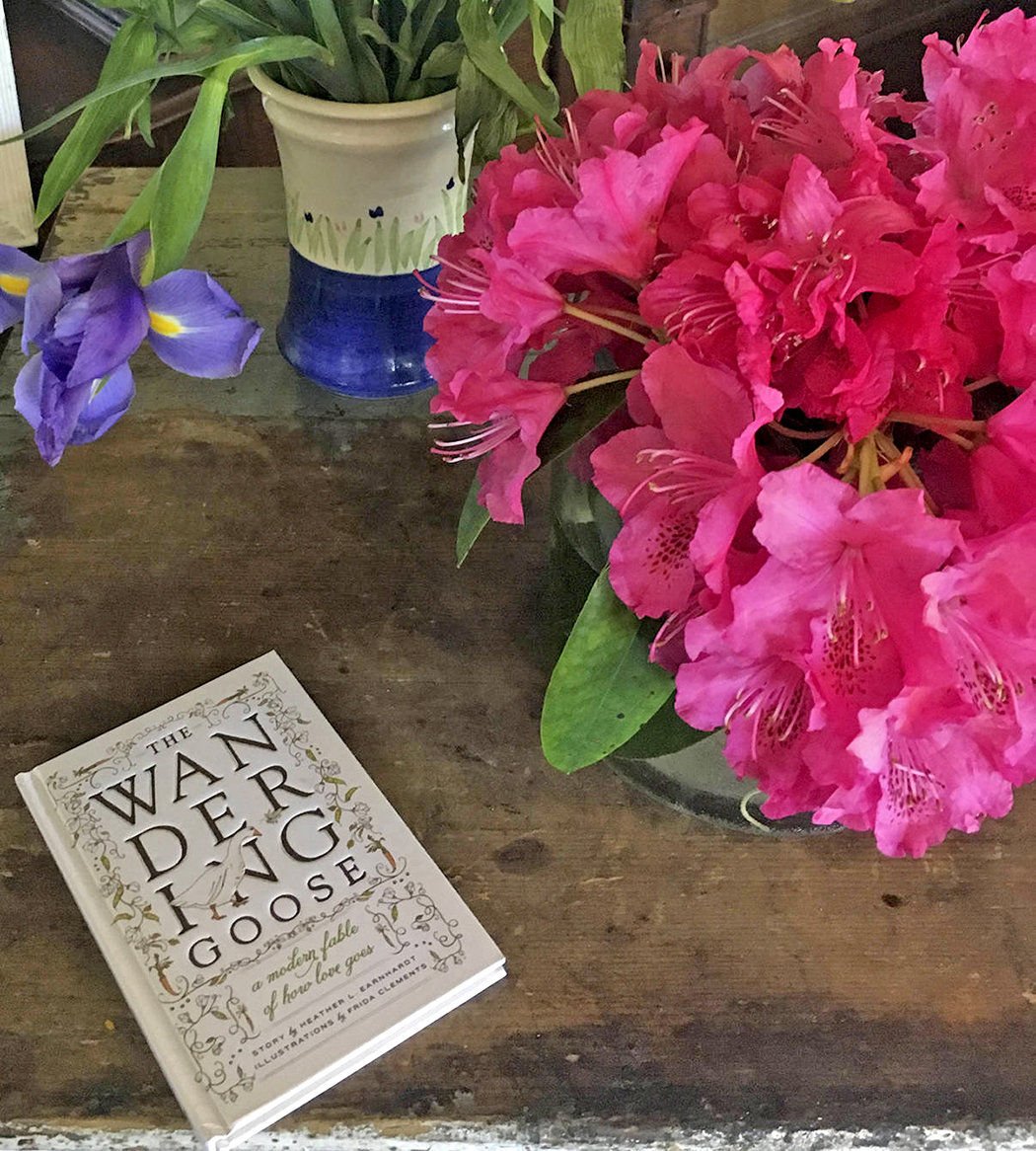 Kat Bryant/The Daily World “The Wandering Goose,” a children's book by Heather Earnhardt, also is the name of her Seattle restaurant. 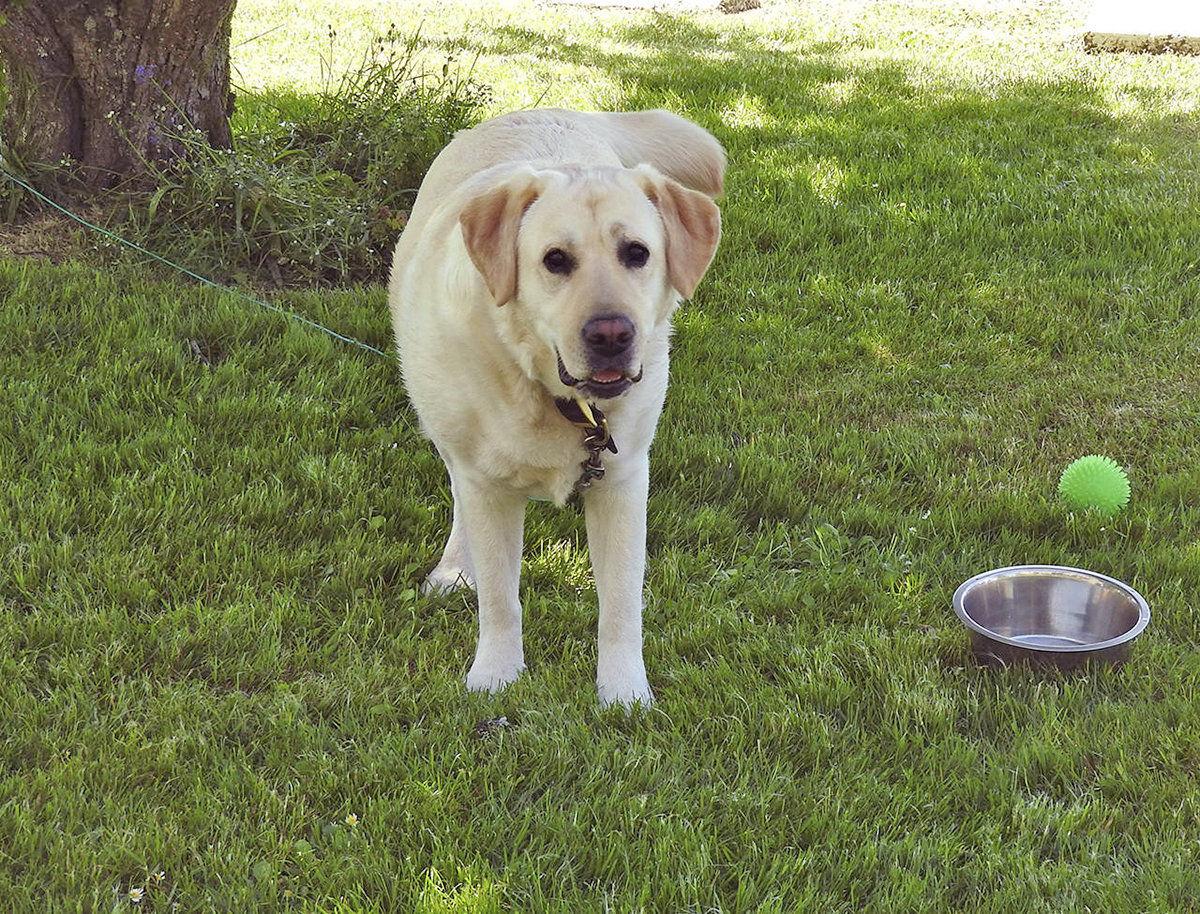 Zac Young and Heather Earnhardt are looking to preserve the historic ambience of the hotel and restaurant while expanding the services.

Kat Bryant/The Daily World “The Wandering Goose,” a children's book by Heather Earnhardt, also is the name of her Seattle restaurant.

TOKELAND — Four years ago, Heather Earnhardt, Zac Young and their combined family spent a weekend at the Tokeland Hotel and were smitten.

“It was February. It was really dark and rainy, and we just fell in love with it,” said Earnhardt. “We couldn’t stop thinking about it.”

Then, late last year, Young’s father — a Grayland resident — mentioned that the hotel’s owner, Katherine White, was thinking about selling the property so she could retire. The couple pounced on the opportunity: Within a week, they had placed an offer on it.

“It has great bones and good energy,” said Earnhardt. “We just want to keep this tradition going.”

The sale closed April 13, and they’ve been commuting from Seattle with their kids each weekend since then to handle operations here. This summer, they plan to be in Tokeland full time.

“We’ve been in Seattle 22 years, and it’s changed a lot, especially in the past five years,” said Earnhardt. “We’re really looking forward to being out in the country.”

She’s a chef, and he’s a contractor. They’ve been together for six years. Between them, they have five children ranging from 8 to 18 from previous marriages, plus an affable yellow Lab named Gus.

Earnhardt also operates the Wandering Goose, a 30-seat cafe in Seattle’s Capitol Hill district. “We’ll see what happens [with that],” she said, noting that she has a good crew running it for now. “I’m kind of open for anything. I just want to focus on the Tokeland Hotel right now and make this a priority.”

During a record-setting Mother’s Day brunch (they had to turn people away toward the end), Young and his 17-year-old son Oscar helped out in the kitchen. Also working were several longtime hotel/restaurant employees who have stayed on, plus one who had just been hired the previous day.

Exhausted after the deluge, the couple sat down to talk about their plans for the iconic property.

First on the agenda is expanding the restaurant’s hours. Right now, they’re only officially serving breakfast from 8 a.m. to noon on the weekends — but recently, they’ve started staying open beyond those hours selling pastries and coffee because so many people kept showing up.

“They’d walk up and see a ‘closed’ sign, and we didn’t want that,” said Young.

Sometime in June, they’ll add dinner on Saturday and Sunday; later, they’ll start serving dinner on Friday as well. Eventually, they may also add meals on Mondays and Thursdays to accommodate folks staying for extended weekends.

They’ll eventually offer picnic lunches for hotel guests looking to spend a day at the beach, too.

Longtime patrons will notice some menu changes based on Earnhardt’s culinary expertise.

“My food is like Southern comfort food,” she said. “So we’ll do things like fried chicken, collard greens, mac and cheese, shrimp and grits, pulled pork, gumbo.”

Some of the other plans include:

• A back bar with local and Seattle beers on tap

• An old-school espresso machine and a juicer

• An herb and vegetable garden

• Hiring several more people to staff the restaurant and hotel

As for the hotel, they’re going to remodel the guest rooms and turn a few of them into suites with private bathrooms. They’ve ordered queen beds with Tuft & Needle mattresses and organic cotton sheets.

They also are enhancing the property’s overall historic decor. They mounted some antique chandeliers in the lobby area, with more period pieces yet to come.

Young is most enthusiastic about one more modern addition: Next to the kitchen, they’re planning to build a large cinder barbecue. “We’ve already talked to a local pig farmer, and we’re going to do whole-hog barbecues,” he said.

But perhaps the couple’s most ambitious goal is to take advantage of the artesian spring below the hotel. A couple of years down the road, they hope to build saunas and a mineral bath — “like a Japanese-style soaking tub” — for guests to enjoy.

Joelle Springer, owner of the German Store in South Bend, was among the brunch customers on Sunday. She and her son have been spending Mother’s Day there every year since he was 5. (Jayden is 14 now.) She is relieved that the property was sold to people who intend to preserve the friendly and historic atmosphere.

“This place is very dear to us,” she said. “Not fancy, but dear. It’s a place where we can reconnect with what’s real.”

And that’s exactly the vibe the new owners want to sustain.

“We’re super excited to be part of this community,” said Earnhardt. “Everyone we’ve met is just so helpful and supportive and really positive, and that’s a breath of fresh air coming from Seattle.”