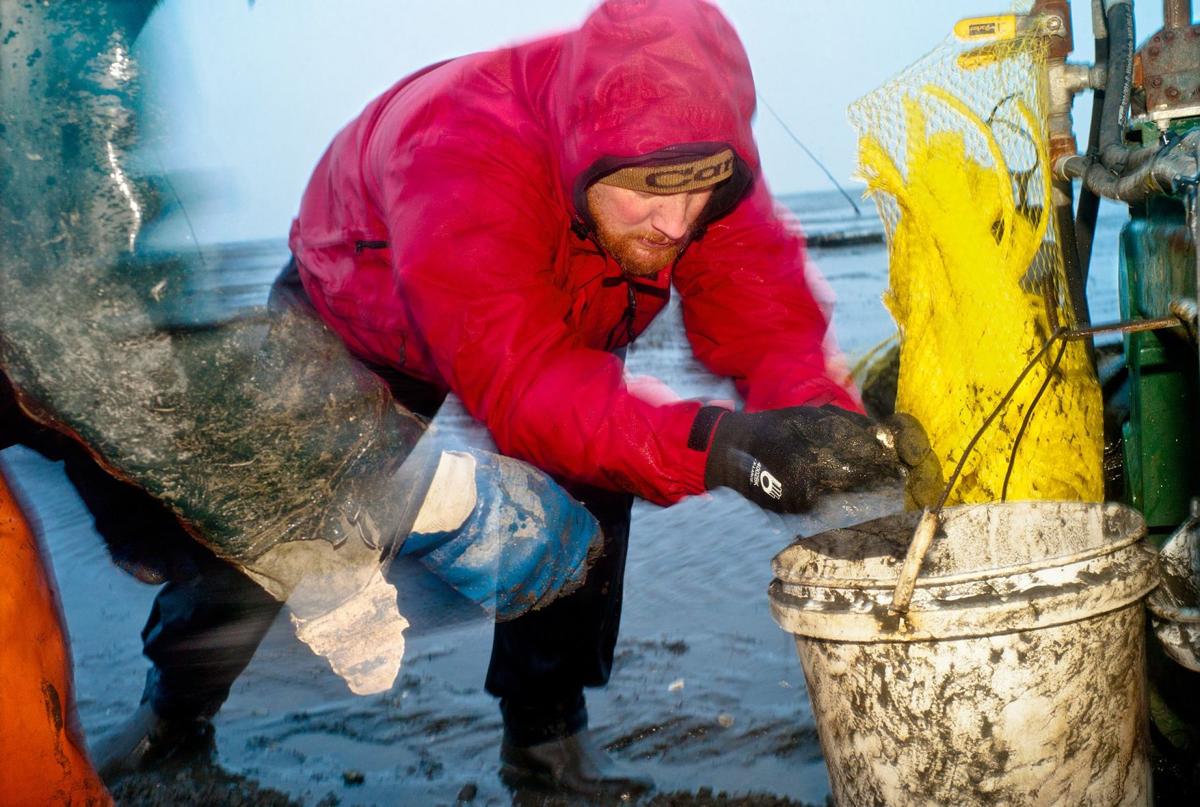 Mike Stamp harvests clams dug up by a mechanical digger. Stamp and his brother Phil manage farms for Taylor Shellfish. 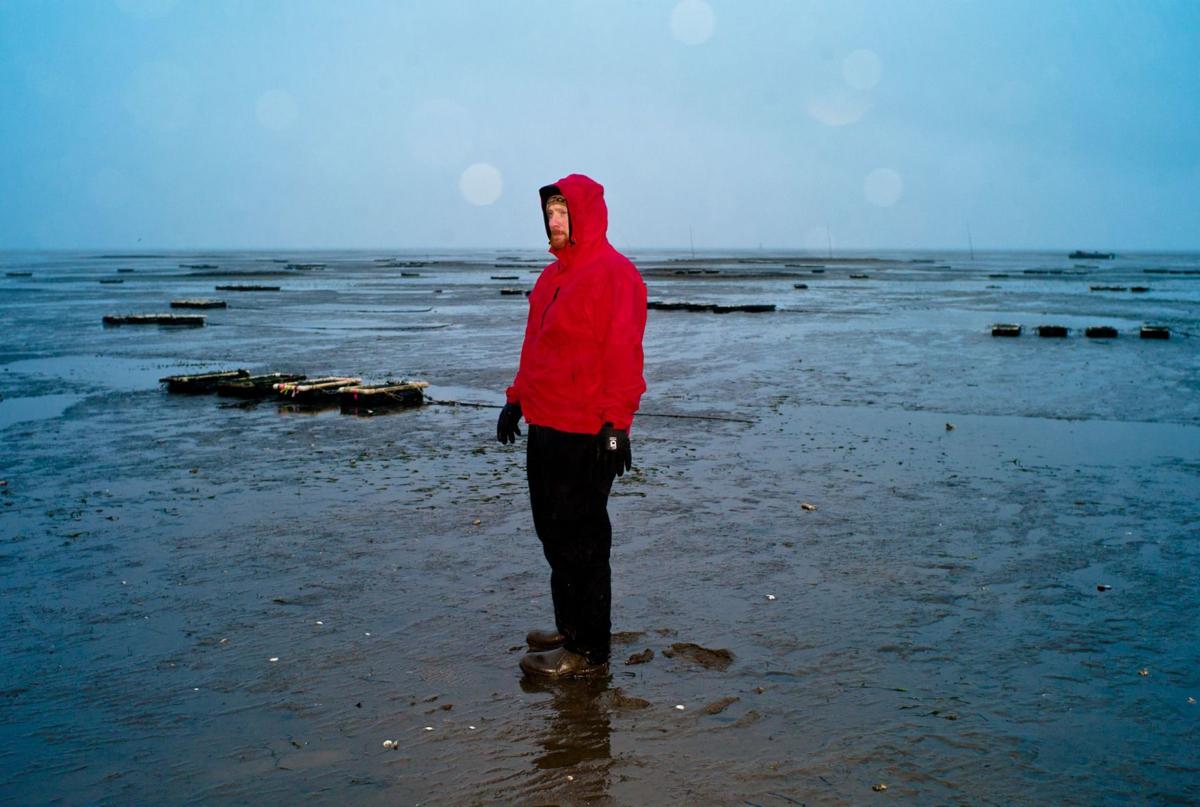 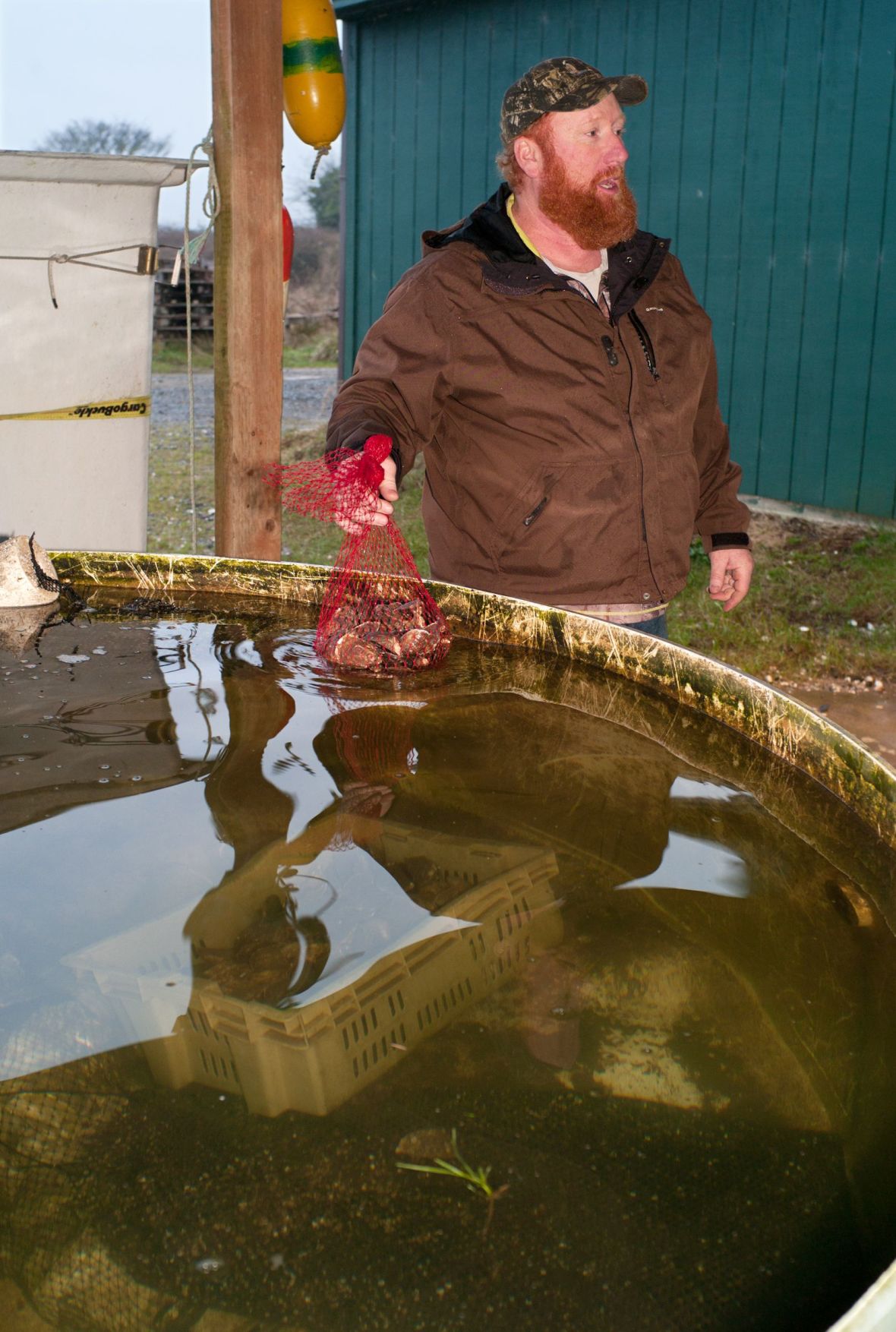 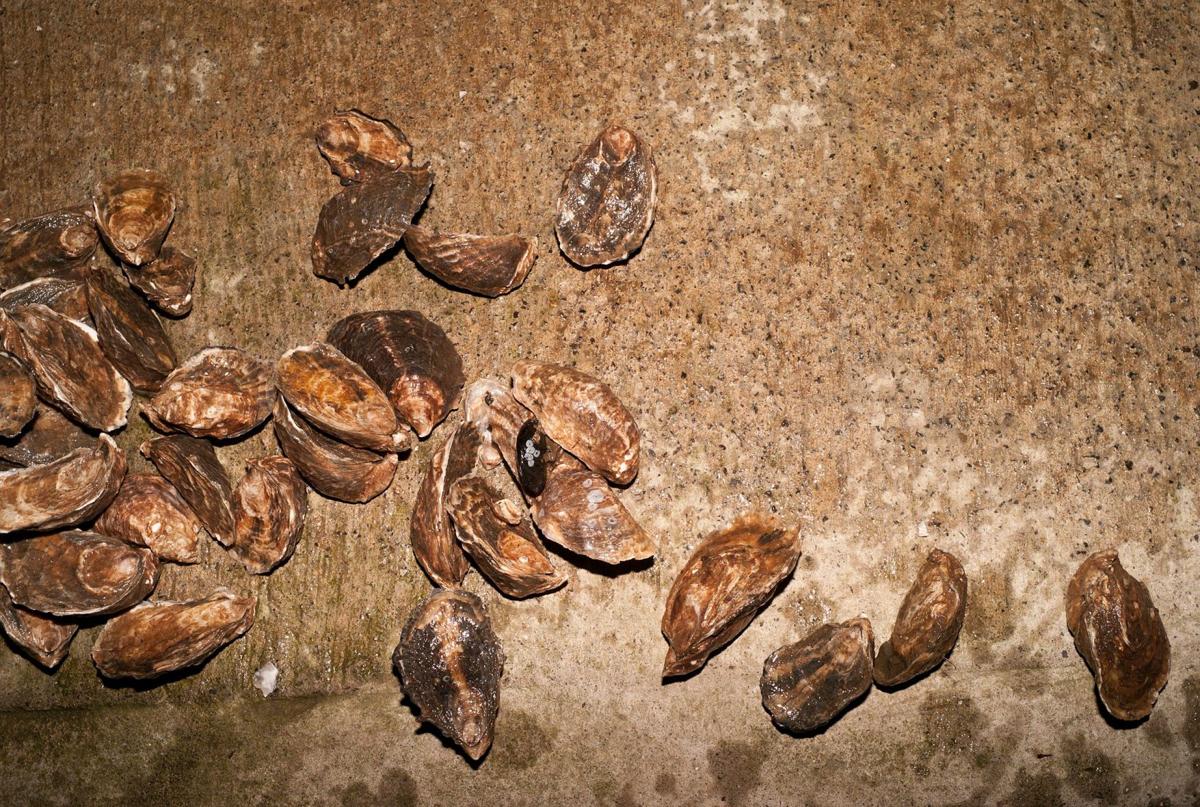 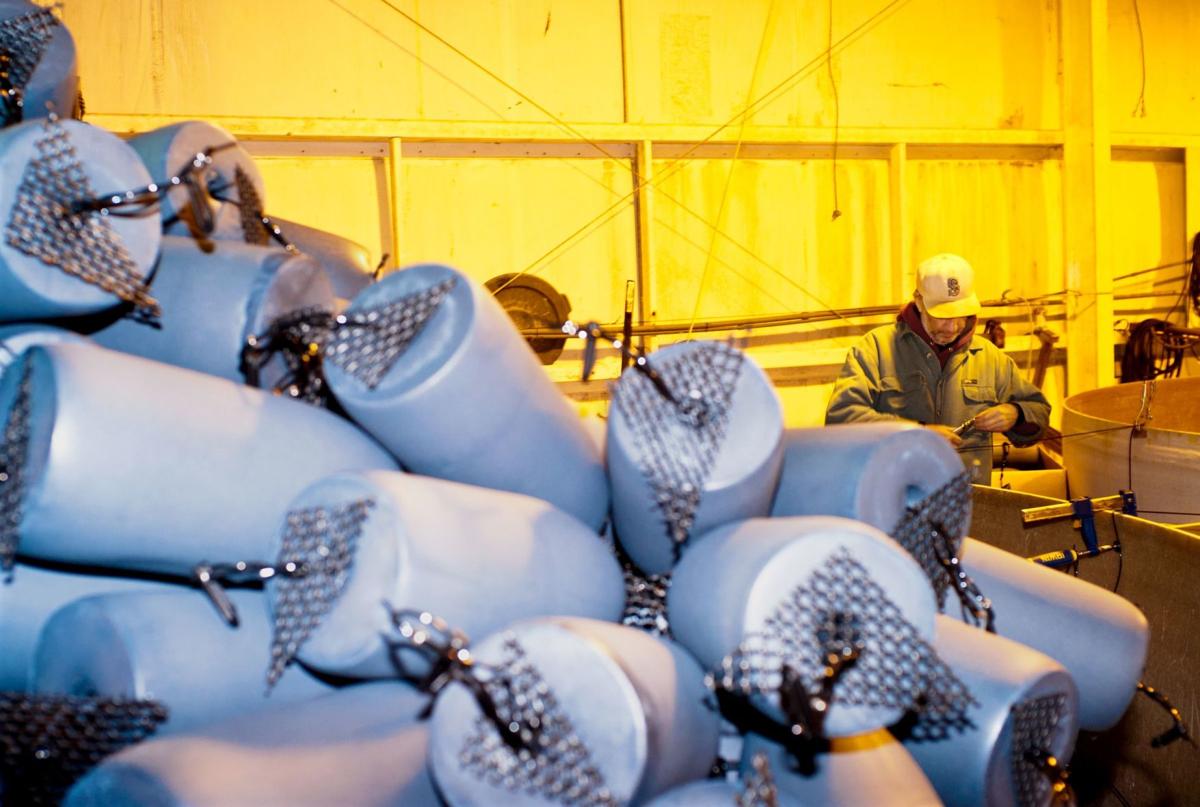 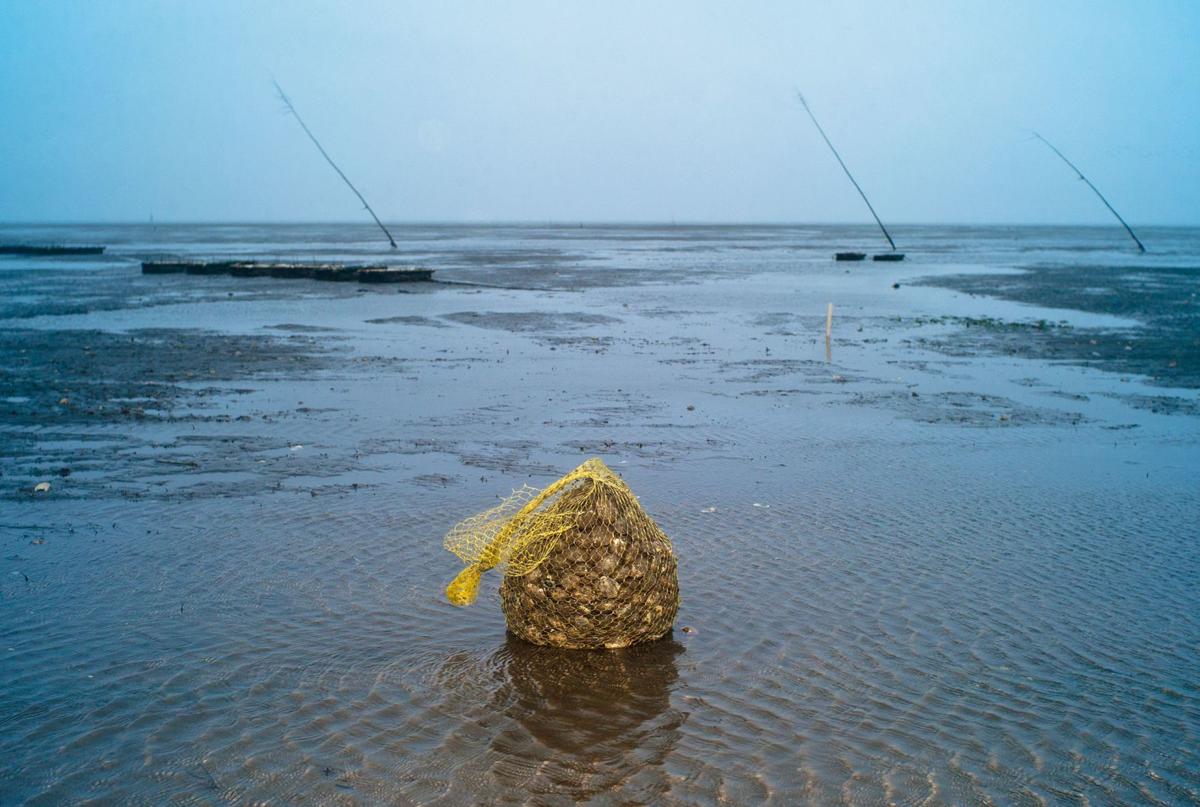 Harvested clams are ready to be picked up and processed.

Mike Stamp harvests clams dug up by a mechanical digger. Stamp and his brother Phil manage farms for Taylor Shellfish.

Harvested clams are ready to be picked up and processed.

The president of Taylor Shellfish says the industry remains strong in Willapa Bay despite changing ocean conditions and other challenges.

Bill Taylor, president of the company, said, in general sales and production are going up in Washington.

Taylor Shellfish has about 6,300 acres of tideland in Willapa Bay and up to 11,000 acres in the state. The company employs 30 to 40 locally and about 500 statewide.

“The number has gone up, and we anticipate that number to continue to increase in the years coming,” Taylor said.

The company will hire more for setting up farms, feeding, harvesting. That will also mean more jobs at the Shelton processing facility, he said.

Hiring hasn’t been really a problem on Willapa Bay, although there are exceptions.

“It’s always challenging to find people that want to go out, particularly in the wintertime … and it’s odd hours, but in general, it hasn’t been a significant problem,” he said. “It hasn’t curtailed our production at all.”

Taylor operates three oyster bars in Seattle and distributes to 140 restaurants in the Puget Sound region.

Most is sold through distributors with Willapa Bay shellfish and other Taylor products ending up on dinner plates in metropolitan areas from New York to Los Angeles.

About 35 to 40 percent goes to international markets, Taylor said.

The company is expanding its Shigoku oyster production in Willapa Bay, said Phil Stamp, Taylor’s Nahcotta oyster and clam farm manager. Taylor is putting in at least another 400 lines of Shigokus in addition to its 1,000 lines already in production.

Each line has 39 bags of oysters in production. The bags allow the oysters to tumble in the waves, forming deep cups.

The new lines are keeping 10 to 12 workers busy full time, he said, and others are helping out when they can. It will cost the company several hundred thousand dollars, but the production value is double that and will produce oysters for 10 to 15 years.

The industry has had its challenges, Taylor said. Part of the seed supply comes from natural oyster sets.

“For a number of years we had low reproduction of oysters in the bay,” Taylor said. “It’s been spotty the last couple of years.”

Seed production in the bay has been problematic for the past five or six years, he said.

Ocean acidification has made hatchery seed production a little hit and miss over that same period as well, he added.

“The Oyster seed side of the business, at least for us, hasn’t been as consistent as we would like to have, but we do have oysters on the bay and we’re busy harvesting,” he said. “Growing conditions, if you do have the seed, seem to have been really good.”

There’s still debate over the effects of ocean acidification in Willapa Bay.

“I don’t know if they’ve drawn a correlation in the bay itself,” he said. “We’re suspicious that there’s some correlation between the ocean acidification and what we’re seeing at the hatcheries. We suspect there’s an issue in reseeding in the bay there. There’s a lot of different factors when you get into a natural system like that.”

The changing ph of the ocean is just one of the challenges facing shellfish farmers.

Burrowing shrimp can turn tideland into mush that Taylor described as quicksand.

“The bottom is very soft, and the oysters just sink in and suffocate, so it’s devastating for the crops.”

The shrimp tend to come and go in cycles, he said. There hasn’t been a serious problem in 10 years, but a resurgence in the past two years is sounding alarms.

Farmers used Carbaryl for 50 years to control outbreaks, but it’s been phased out. Imidacloprid is in testing now and shows promise for controlling burrowing shrimp. Taylor’s hoping to have permits in place to use the product by spring.

The plant takes over the shellfish beds, they argue, making them unusable for farming. Wildlife advocates say the plant provides food for migrating ducks and coverage for young salmon.

The Department of Ecology issued permits to use Imazamox in 2014.

Taylor recently invested in machinery to make digging clams more efficient. The company modified machines used in Europe to harvest tulip bulbs. They creep along the tide flats raking up the clams, shaking the sand off them and sending them out the back.

It can do the work of five or six people in half the time, Stamp said.

The company just started modifying the machines in 2014. Stamp has had them digging clams since the spring.

He’s pleased with their performance so far. There was a learning curve at the beginning, such as not overlapping tracks to avoid getting stuck.

Stamp would like to add a conveyor to the back of the machine to further speed bagging clams.

The mechanical digger won’t work in all areas though. It’s made for open flats. Some places are too soft or full of oyster shells and still require hand digging, Stamp said.

The machines also didn’t cost any jobs, he said. That was one of his concerns. He was able to shift many of the diggers to other jobs in the company.

“A lot of the guys who were digging clams are now working on oysters,” he said.

Taylor said there’s been an uptick in shellfish production, particularly oysters. Demand is strong not just for shucked oysters, the primary product coming out of Willapa Bay, but for oysters sold for the half-shell markets.

“In general, we’ve definitely got our challenges, but markets are strong, there’s additional markets that we have access to, and … I’m optimistic that we’re going to find solutions to those challenges and have market share for the products we farm.”