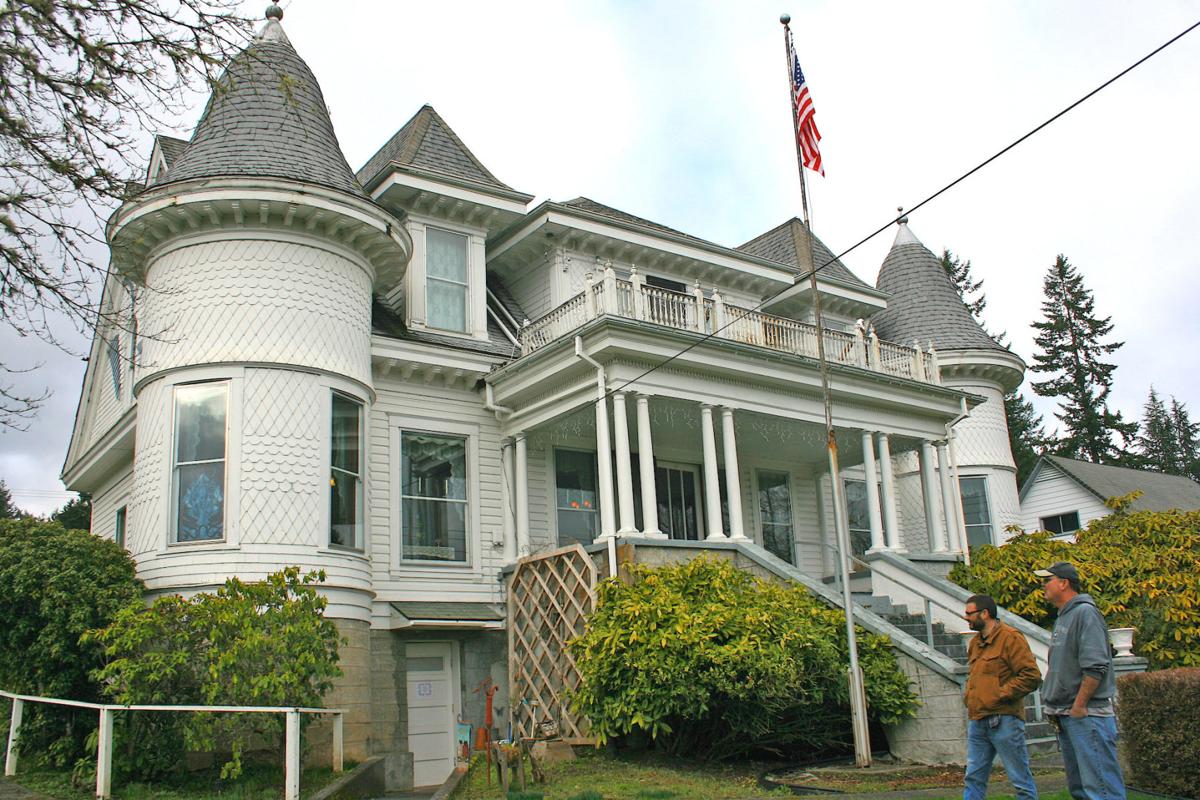 Constructed in 1898, the Thomas and Florence Flippen residence is nicknamed “The Castle” for its unusual Victorian design. 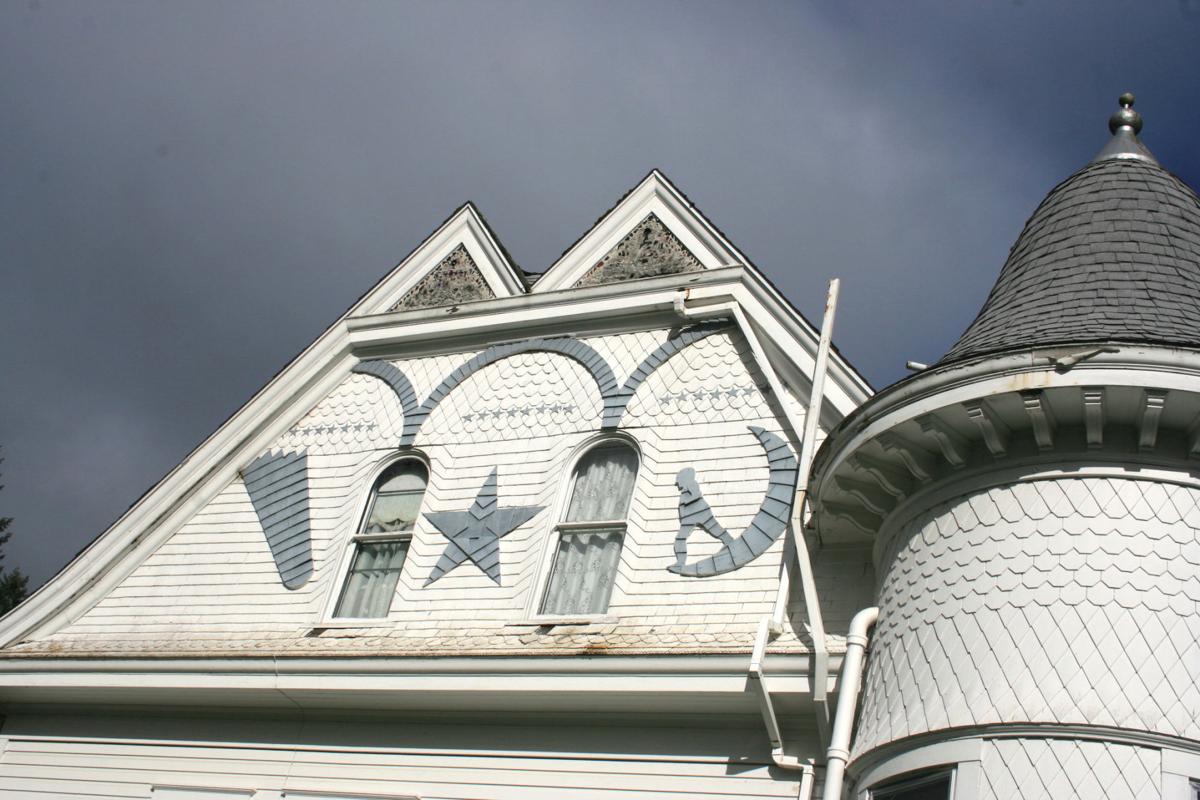 Thomas Flippen's brother, William, created a unique shingle design on the side of the house. The images include a comet, star and a man on a moon. 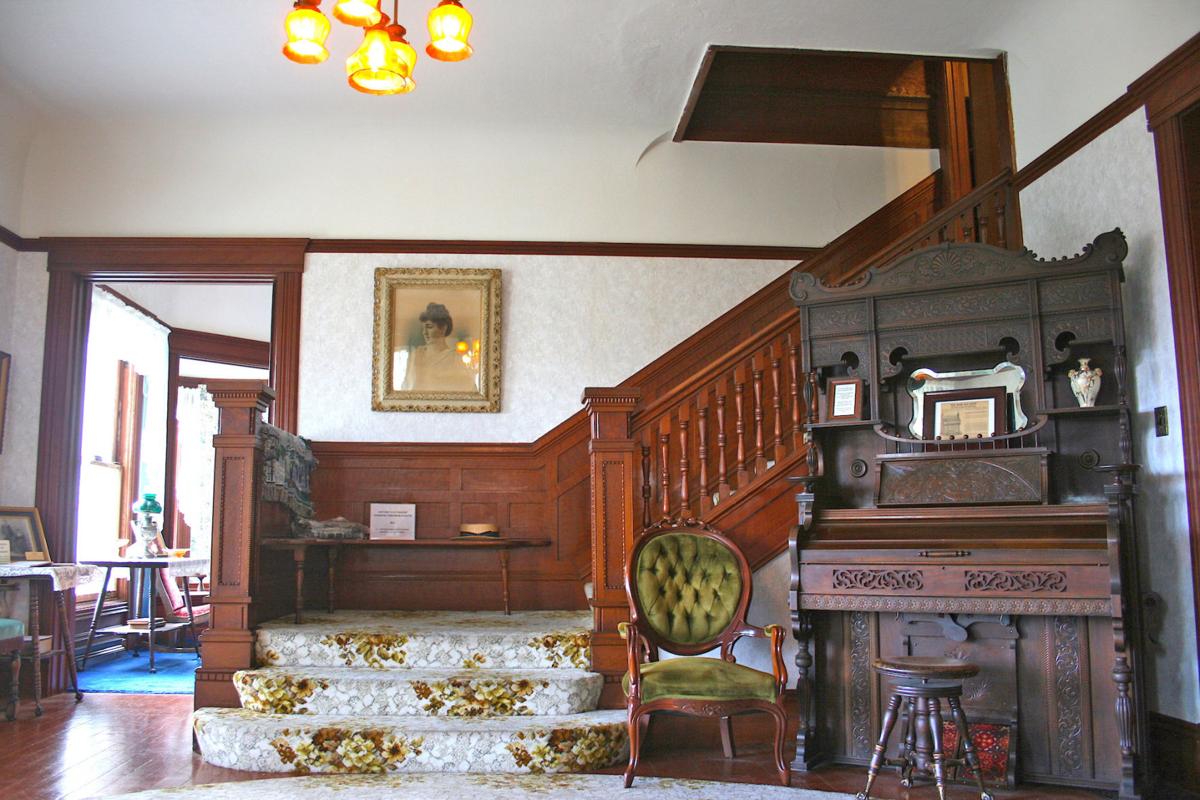 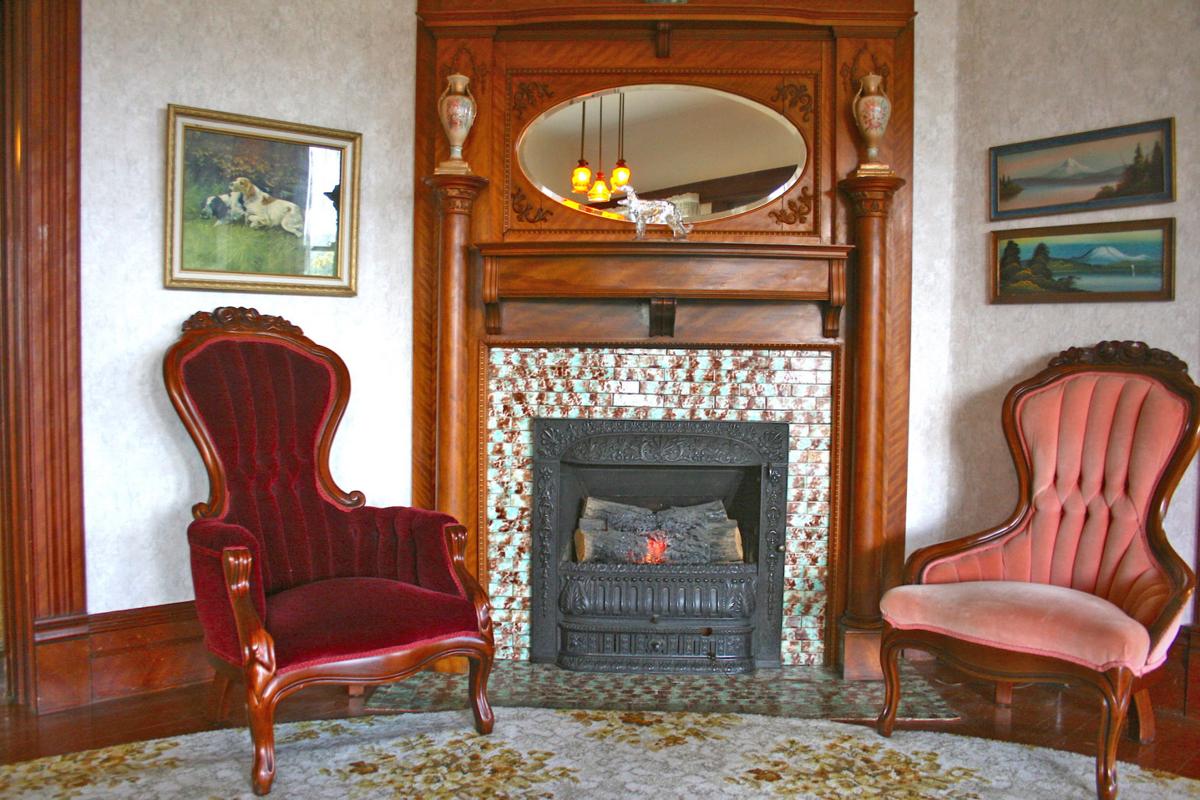 Far left: A fireplace with a Cherrywood surround was imported from London. 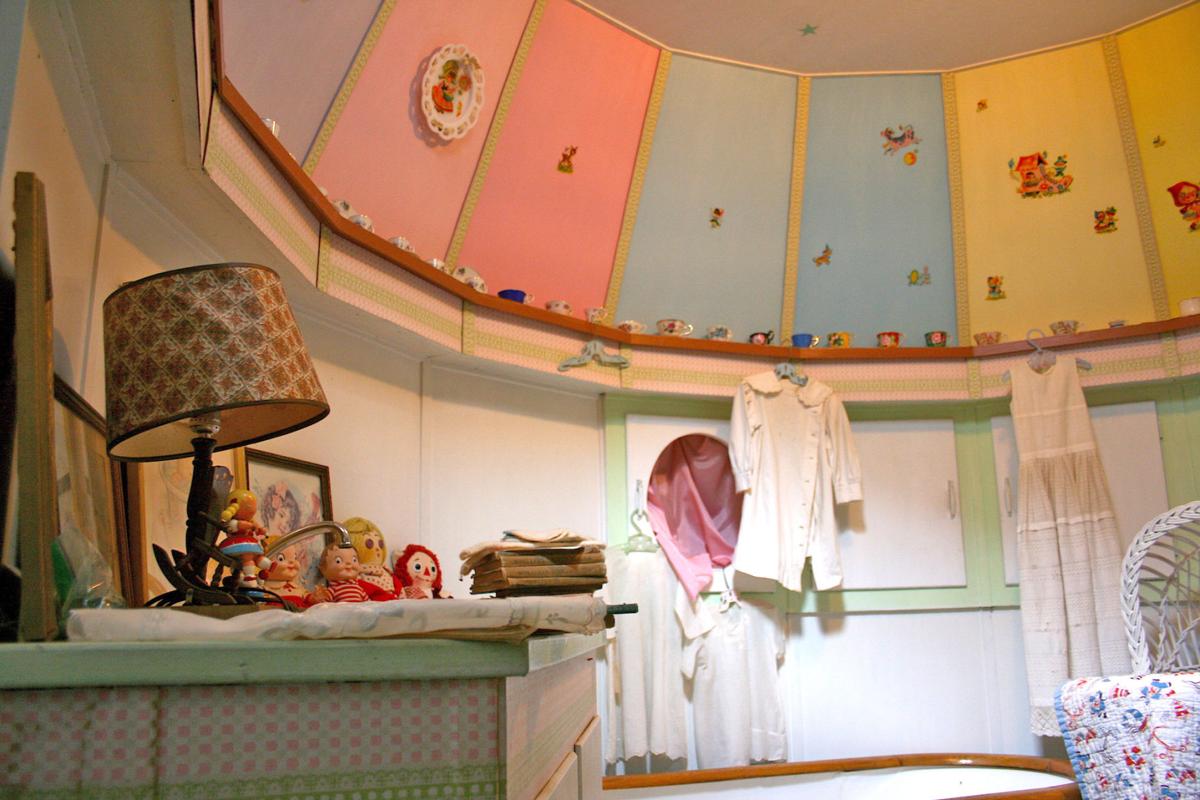 Left: One of the turrets was converted to a fairy tale themed nursery. 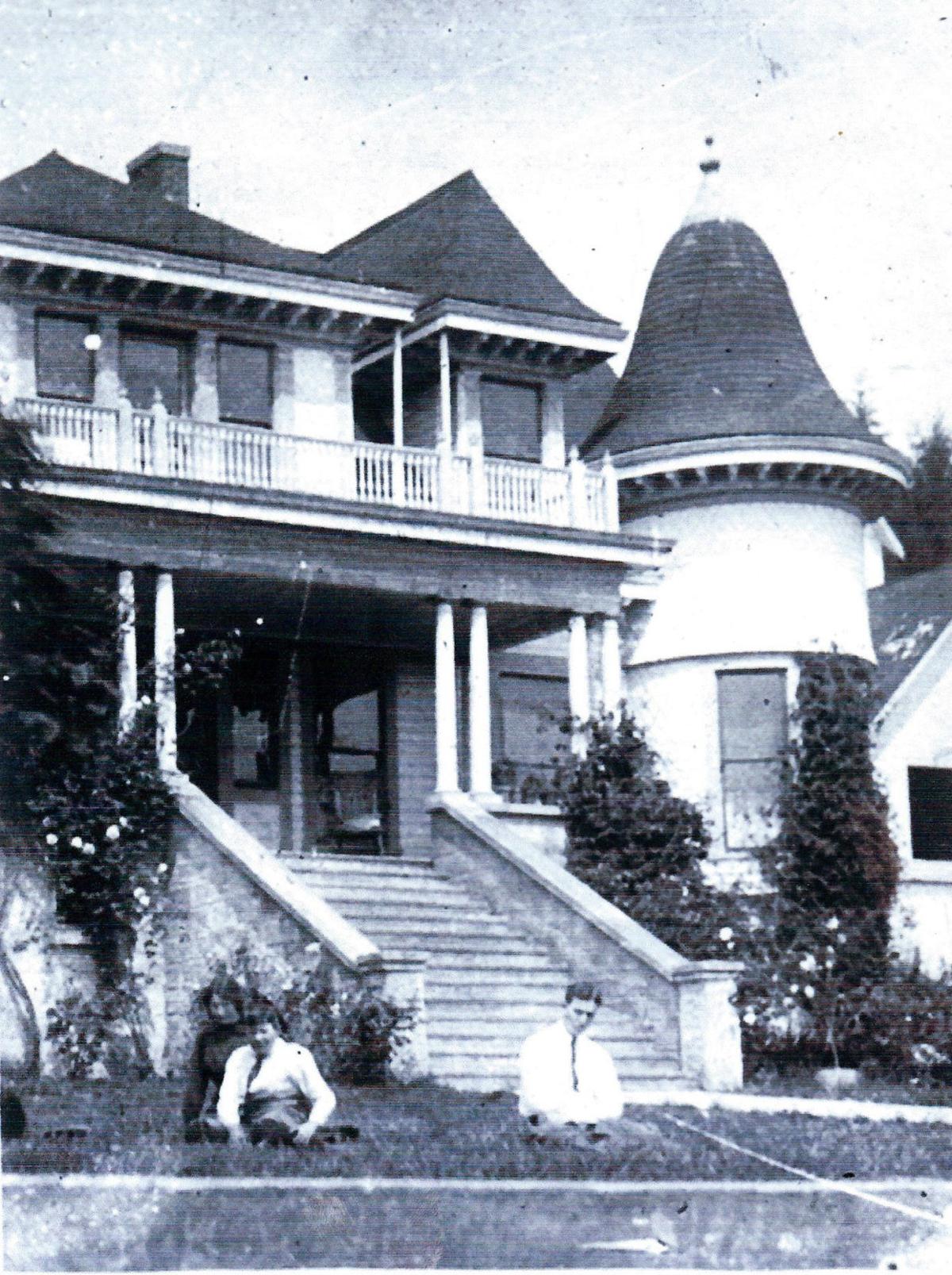 An early photo of the Flippin Residence.

Constructed in 1898, the Thomas and Florence Flippen residence is nicknamed “The Castle” for its unusual Victorian design.

Thomas Flippen's brother, William, created a unique shingle design on the side of the house. The images include a comet, star and a man on a moon.

Far left: A fireplace with a Cherrywood surround was imported from London.

Left: One of the turrets was converted to a fairy tale themed nursery.

An early photo of the Flippin Residence.

Clatskanie — Thomas Flippin and Florence Elliot were married in 1891. He was a skid greaser on a bull team logging operation; she worked within the logging camp as a saw filer and also ran the cookhouse. The couple filed adjoining 160-acre land claims and established the West Oregon Lumber Mill. Although they may seem a well-suited couple, their dreams were very different.

Flippin dreamt of living in a castle. He set aside his mill’s best lumber in anticipation of constructing a lavish house. In 1898, he hired Markwell & Sons to construct an eclectic Victorian home, one that combined elements of the Queen Anne and Colonial Revival on a Chateauesque, double-turret form. Sitting on top of the hill, overlooking the Clatskanie valley, the house did indeed look like a castle.

The family, which included two boys, moved into the house before it was finished. But, Elliott never felt at home. She had no desire to entertain company and be the “Lady of the House.” Instead, she pined for the logging camp.

A few years later, the couple divorced and sold the house. Flippin moved to Rainier where he owned a sawmill and later became mayor. Elliot, moved to California and remarried. It is unknown if she worked in a logging camp.

In the ensuing years, the residence had multiple owners. At one point it even served as a rooming house. Now it is owned by Clatskanie Senior Citizens Inc. They purchased it in 1979 and converted the basement to a dining room and kitchen where seniors are served lunch three days a week. They also use the house for quilt shows, teas, parties, small weddings and other rentals.

Last August, the Clatskanie Historical Society became a tenant. The organization runs a house museum on the first floor and displays artifacts of local interest on the second floor. However, the venerable house needs additional income to meet rising utilities and a growing list of restoration projects.

Last fall, Deborah Hazen, president of the Historical Society, arranged a strategic planning session for The Castle. Facilitated by Brian Little of The Ford Family Foundation, members of the Senior Center and Historical Society plotted a two-pronged course of action.

First, both groups need to broaden their volunteer base and expand their offering of events.

Second, they need to prioritize, then fund the following projects: repair the roof, windows and exterior stucco; re-paint the exterior; re-work the sidewalks to be ADA compliant; replace an electric furnace with one that is natural gas fired; repair interior plaster; refinish wood floors; and purchase period-appropriate floor coverings.

“It’s difficult to break even on the expenses. But, we need to repair the building if we are going to expand our options,” said Hazen. “Our next step is to start fundraising.”

“We are at a turning point,” said Hazen. She believes if The Castle is going to thrive, they need to build upon community enthusiasm for and awareness of the project.

Recently, the Georgia Pacific Corp. stepped up to the plate and granted $4,000 to the Senior Center.

“The Castle is one of the most iconic buildings in Clatskanie,” explained Hazen. In addition to its unique design, the house is intimately tied to the community’s history. “It was built by a man who worked his way up through logging. This is a logging town,” she continued. “This is the American Dream story of Clatskanie.”