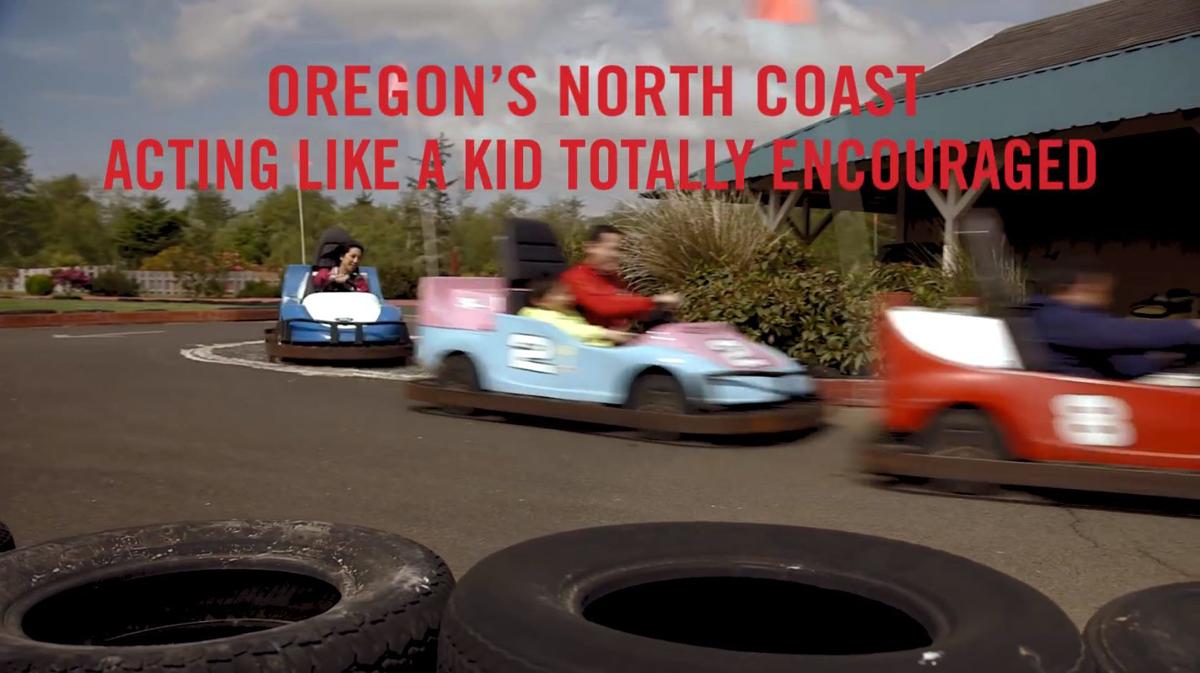 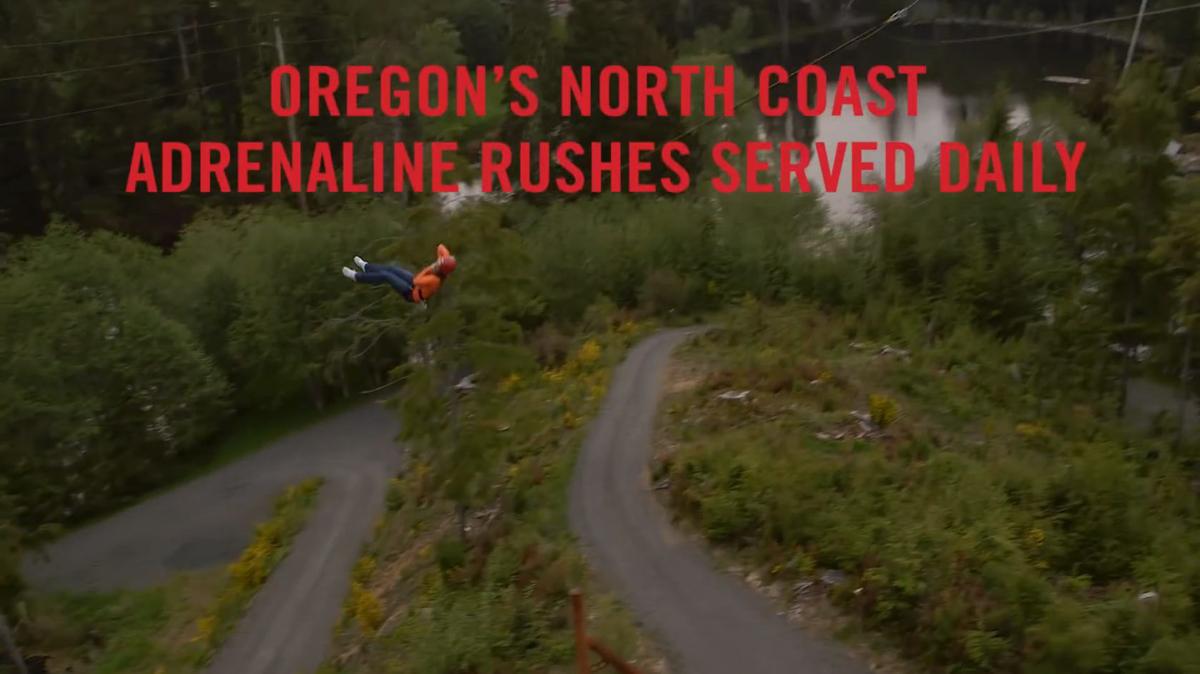 Screen shot from the Adventure video. 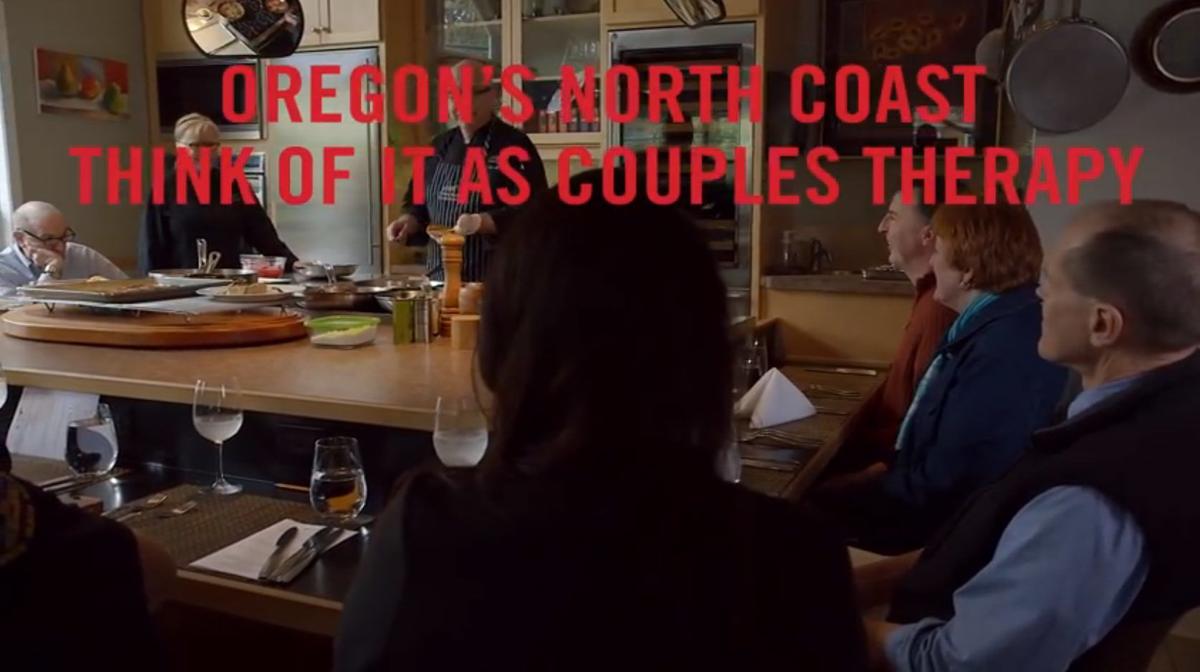 Screen shot from the Romance video.

Screen shot from the Adventure video.

Screen shot from the Romance video.

Oregon’s North Coast tourism coalition is taking its advertising to the next level with a campaign targeting Portland, Seattle and Vancouver, B.C.

Jon Rahl, director of tourism marketing for the City of Seaside, said advertising in the past has directly targeted the Portland market with TV, radio and web ads, and other markets indirectly through Travel Oregon, the state’s tourism promotion bureau and website, Visit The Oregon Coast website and other public relations efforts.

The group, which includes Astoria-Warrenton, Seaside and Cannon Beach, decided to forgo a campaign this year.

“In lieu of a traditional campaign (the group did promote the videos on social channels), we spent the money on video development,” Rahl said. “So in the past we’ve done television advertising, but we’ve done it using still photography, which was more affordable …. This past spring we developed three [live action] videos focused on adventure, family fun and romance and relaxation.”

The videos were designed to show that you can have that in each community, he said.

Visitors don’t care about boundaries, he said. They just want a good experience. The North Coast’s varied communities offer a wide range of experiences relatively close to each other.

The videos are available on Facebook and You Tube; they’re about 45 seconds long. They’re fine tuning them into 15-second spots for TV advertising in a campaign that starts in October.

The campaign will run ads on KGW TV and the online Oregon Live Network.

“Our targets, largely because of the digital Oregon Live Network, 55 percent will be focused on Portland, 35 percent on the Seattle market, and an additional 10 percent on the Vancouver, B.C., market,” he said. “Now, for the first time, we’re expanding our reach into markets that are really important to us but have not been able to be touched because of our limited funds.”

It kicks off in October and runs into November. It backs off in December and resumes in January, February and April.

It’s designed to pick up the shoulder- and off-seasons, Rahl said.

The new campaign ensures each city gets its money’s worth by the design of the videos.

“We have three videos,” he said. “Though each video represents the entire North Coast, it will have a focus that’s stronger on one community than the other two,” he said.

The spots are rotated so that each gets 33 percent play.

The group started in 2011 when the Seaside Visitor’s Bureau and the Astoria-Warrenton Chamber of Commerce applied for a grant from Travel Oregon. They were awarded $10,000 in matching funds.

Seaside and Astoria-Warrenton each kicked in $5,000.

The goal was to develop a brand for the North Coast. Rather than start from scratch, they built on efforts of the website, visittheoregoncoast.com.

“We didn’t reinvent the wheel; we used an existing logo, which was the People’s Coast logo,” Rahl said. “We knew there was some awareness with that brand already.”

The coalition added North to the logo to establish the geographic element. They developed the tagline, “Come on, let’s go play.”

Each community has a representative. Astoria-Warrenton has two because it involves the chamber and the Lower Columbia Tourism Commission.

The group will have spent close to $200,000 in promoting tourism since the coalition began. Contests help measure the success of the campaigns.

The first campaign they ran a photo contest through KGW. About 1,000 photos were submitted and 3,000 votes were cast. It was KGW’s most successful photo contest at that time. It delivered four million impressions (ad views), he said.

The coalition got brewers from the three communities to brew a beer together and asked visitors to name it.

“We were able to measure, again, some type of reach and some type of success based on the number of entries,” he said.

The coalition goes beyond pooling money, Rahl said. It’s also a cooperative effort among the coalition members. Each has a visitors center, and each offers information about other communities as well as their own, he said.

“In the end, it’s about getting people to stay here longer,” he said. “If they’re in just one community and all we’re doing is focusing on just on community’s things to do, then they might only stay two days. Let’s get them to stay three or four days or get them to realize there’s so much to do here that they want to come back for another visit.”