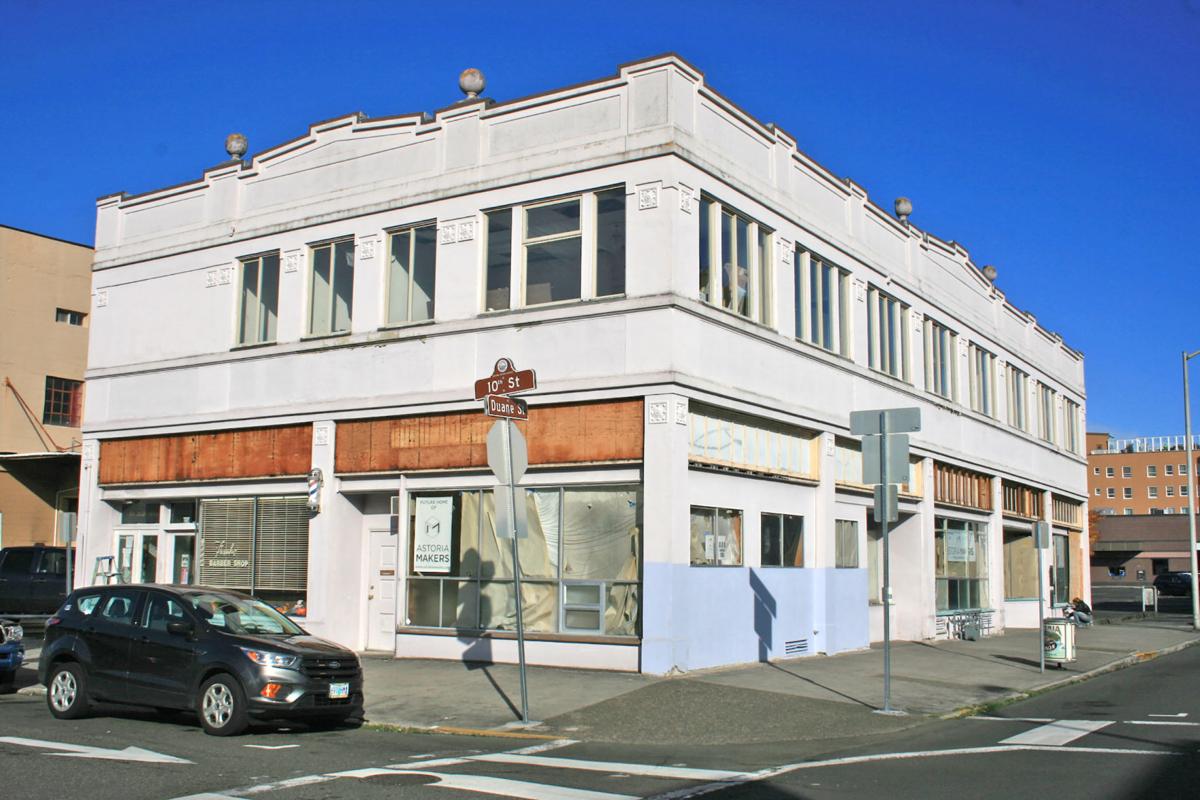 The Van Dusen Building is being converted to house artists and craftspeople. 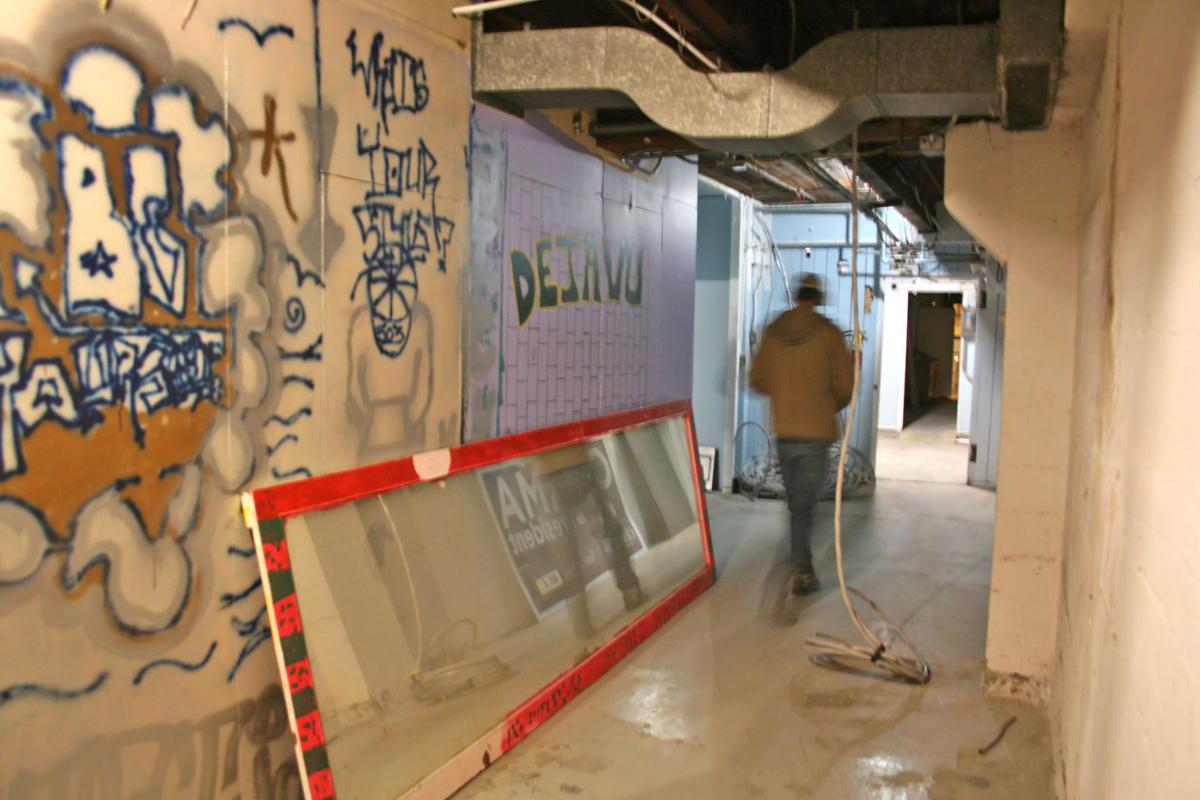 The basement, filled with small rooms, will be converted to workshop space. 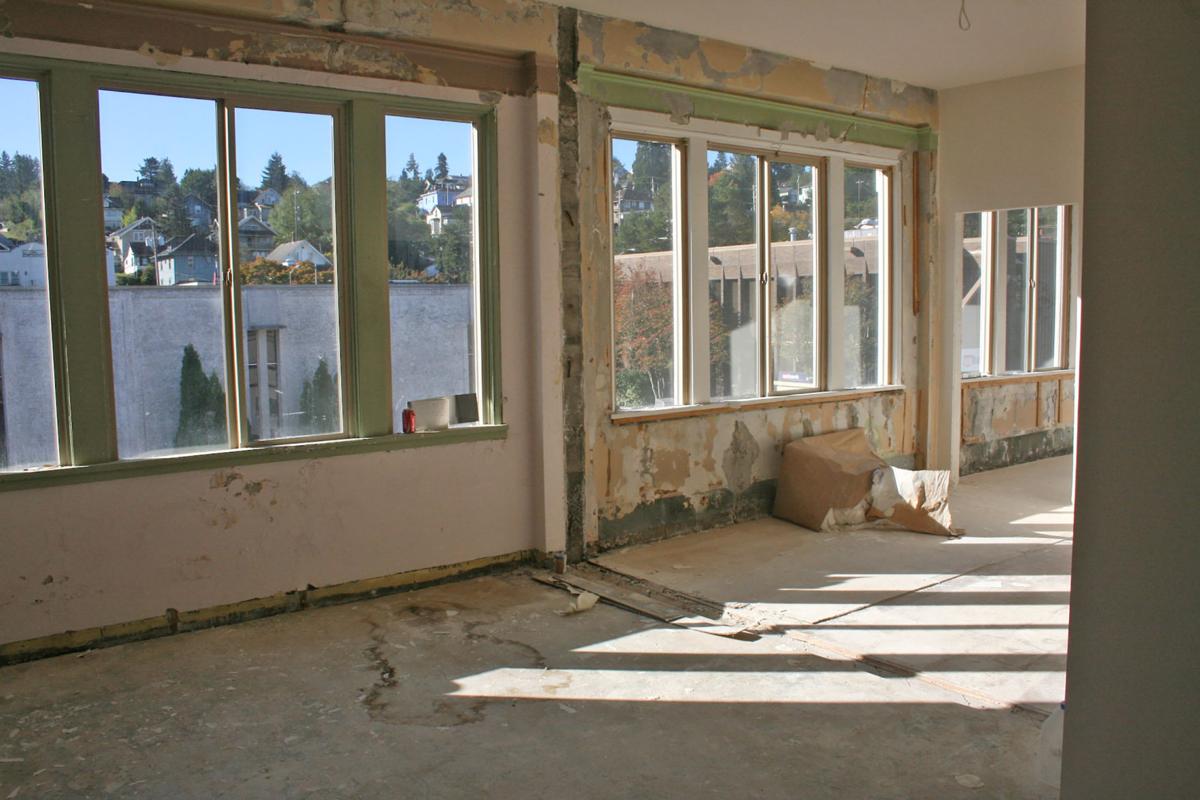 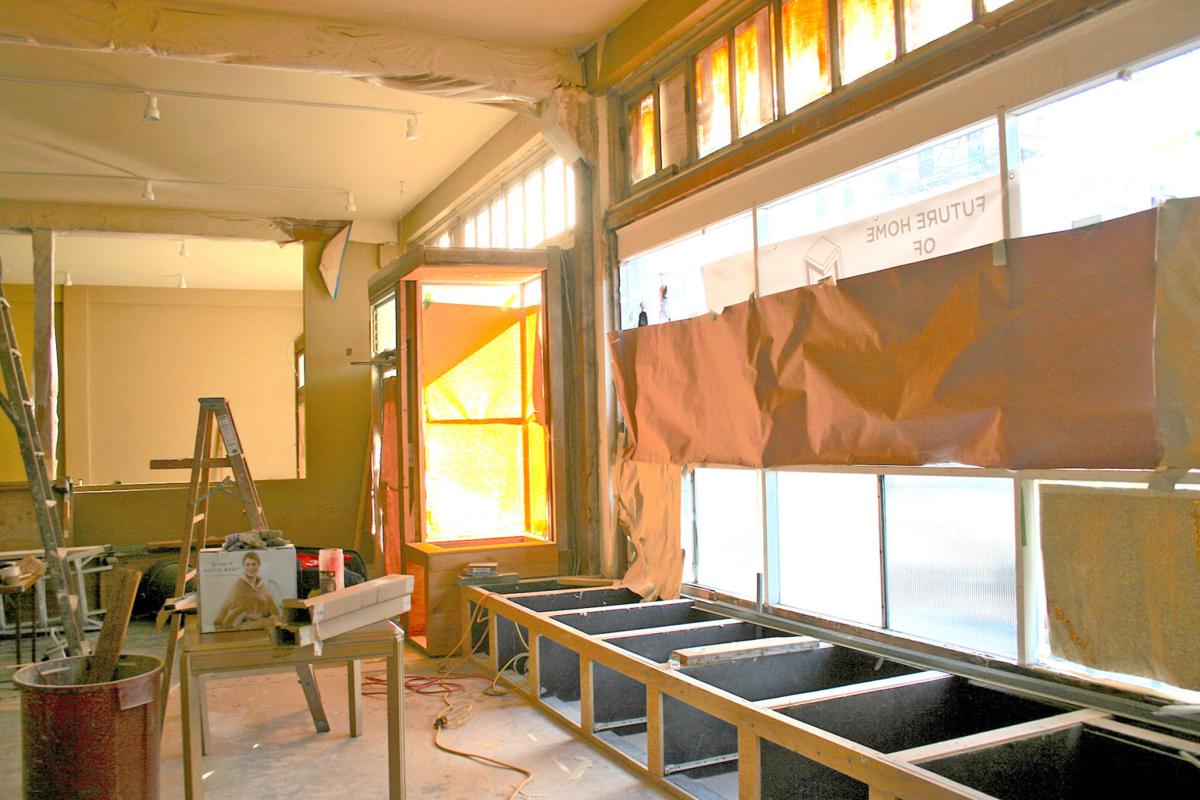 Currently covered in paper, when exposed, the first floor will be flooded with light.

The Van Dusen Building as seen shortly after construction in 1924.

The Van Dusen Building is being converted to house artists and craftspeople.

The basement, filled with small rooms, will be converted to workshop space.

Currently covered in paper, when exposed, the first floor will be flooded with light.

The Van Dusen Building as seen shortly after construction in 1924.

ASTORIA — Glen Herman and his team found what they thought was the perfect building at Miles Crossing, just south of Astoria. Then, they realized if they were going to involve large groups of people, they would need to move.

Their concept, Astoria Makers, hinges on professional artists and traditional craftspeople mixing with large swaths of the community: a place for studios, business incubation, instruction and community collaborative efforts.

“We made a wish list and this building had all the criteria,” recalled Lucy Barna, a professional artist and project collaborator. “The arts groups… everything happens downtown. We want to help revitalize this part of downtown. It has the library, food carts and Astoria Arts & Movement Center.”

After the Great Fire of 1922, which devastated the entire downtown, the commercial district housed basic goods and services, but also car sales, car repair and light industry such as dairies. Many of the auto related businesses were located on Duane Street, also called “Automobile Row.”

Since then, those businesses that once occupied massive square footage, are no longer within the district — leaving gaping storefronts in their wake. And without a population growth, Astoria is forever trying fill those gaps with specialty stores and the like. Over the years, a number of solutions have been proposed. Ideas have ranged from converting empty spaces to housing to bringing light industry — through craftspeople — back into downtown.

The Van Dusen Building never housed cars, dairies or light industry. Instead, it was constructed for Van Dusen & Co., an insurance and realty firm. The building housed five storefronts with numerous professional offices above.

Jay Raskin, a Portland architect assisting with the project, sees the building’s renovation as a reflection of an agile downtown. “Astoria’s commercial district was constructed with a different economic reality,” he said. “We’re seeing the Van Dusen building adapt to a new economy similar to the way the Ft. George Brewery adapted its building.”

The basement is a large collection of small rooms. The challenge will be to convert the area into useable studio space. “We don’t have to do too much to change the building,” assured Steff Eiter, an investor in the project. “It has concrete floors in the basement and solid (crib) flooring upstairs. All we have to do is open it up.”

“We’ll do seismic upgrades, too, tying the floors, walls and beams together,” added Herman.

Astoria Makers is taking a proposal before the city’s Historic Landmarks Commission to install a roll-up garage door along Duane Street. Without the door, Herman says it will be difficult to move in large equipment such as a computer numerical control router.

Eiter says the large door has another benefit: it enhances their ability to interact with the public. “We want people to feel welcome to come in,” he said. “When the door is up, people may be more likely to walk into the space and see what is going on.”

Visitors to the space will find woodworking, jewelry making, sewing, a 3-D printer and members’ gallery.

Dedicated studio spaces, where artists can run the business aspect of their craft, are planned for the second floor. So, too, are a lounge, kitchen and community room. “We hope to have it open for Saturday Art Walks,” said Barna.

Raskin is addressing egress issues to make this dream a reality. Currently, only one set of stairs serves the second floor and renovation of an existing, historic, elevator is cost prohibitive. Raskin will design an additional set of stairs to increase the floor’s occupancy load.

Astoria Makers is ideally situated in an evolving hub. When the city committed to the rehabilitation of the nearby Astor Public Library, it made the area more attractive to building investors. The Merwyn Hotel, adjacent to the library, is now on track to provide 40 workforce housing units. The Odd Fellows Building, around the corner, may find new owners. All projects will undoubtedly bring new collaborative opportunities.

“We’re looking to form partnerships and have already started conversations with our neighbors,” explained Herman.