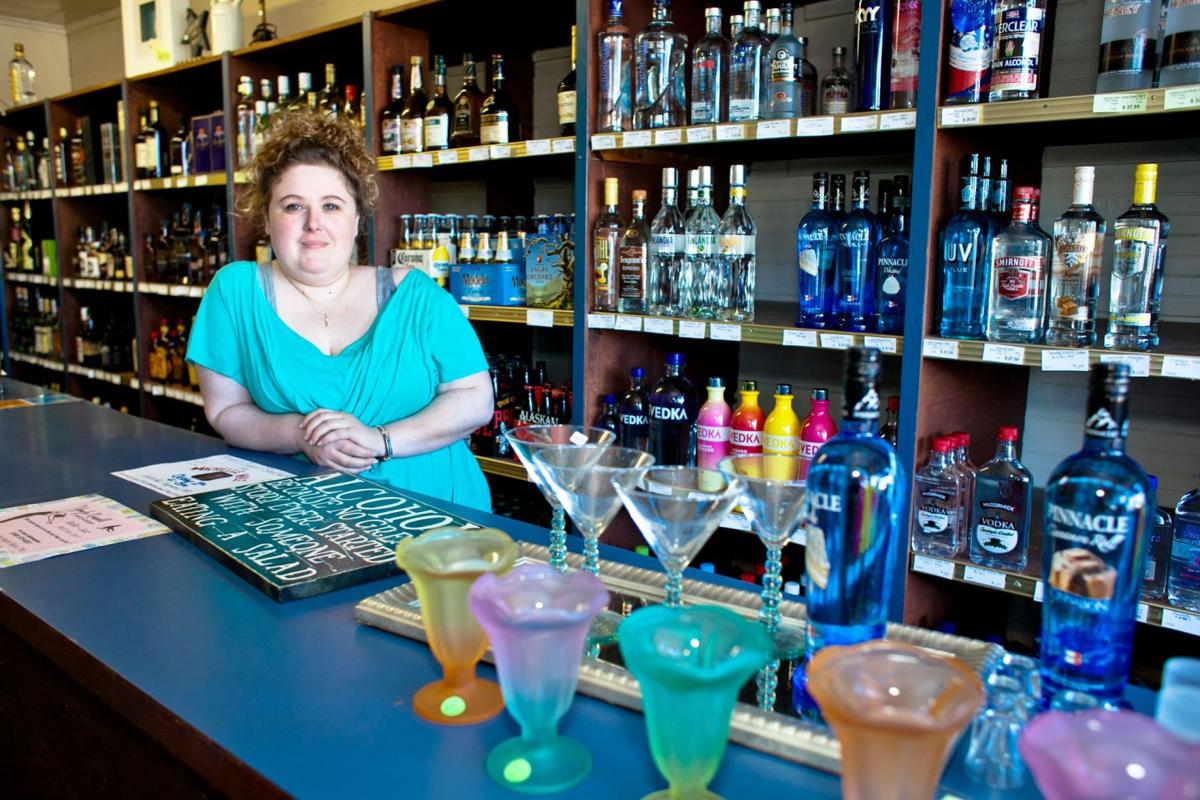 Dawn Williams survived the switch from state contract liquor store to private business, but it's been a rough two years since Washington got out of the booze business. 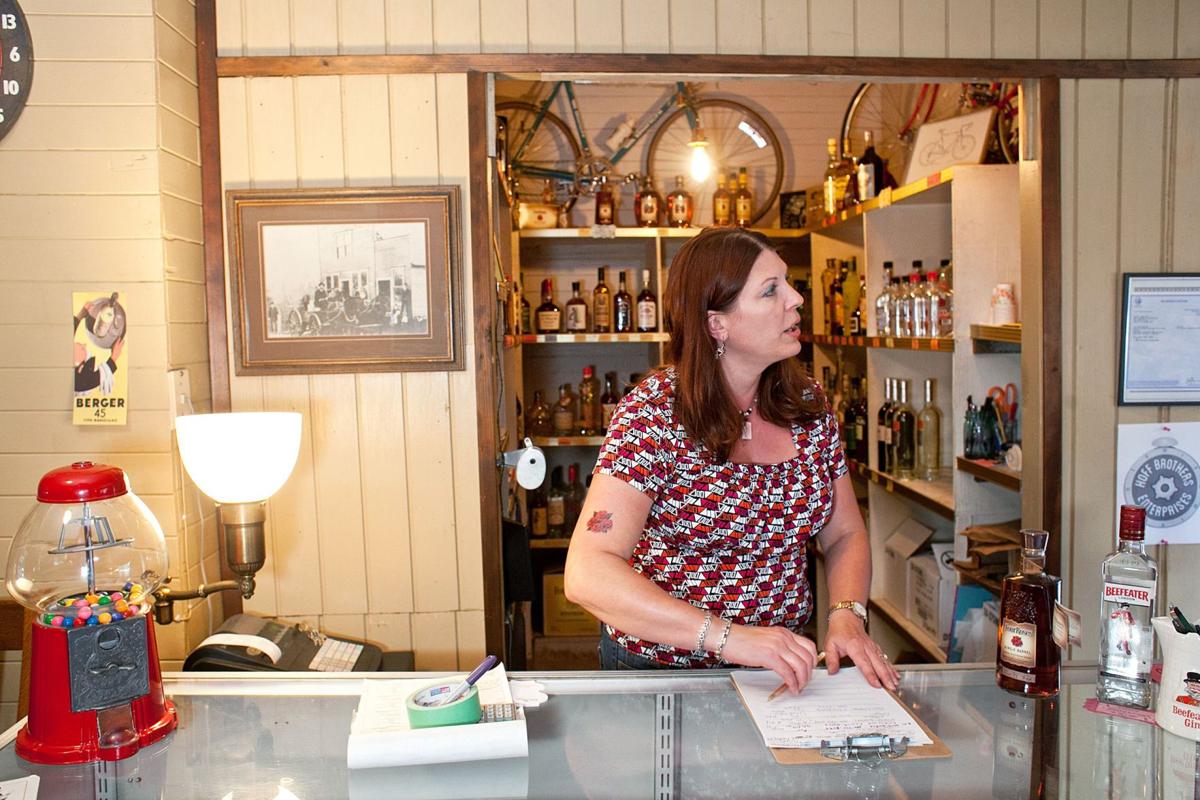 Dawn Williams survived the switch from state contract liquor store to private business, but it's been a rough two years since Washington got out of the booze business.

When Washington privatized liquor sales it opened up opportunities for businesses, but it left consumers and some former contract store operators with a bad hangover.

Prices increased in rural counties, including Pacific, despite the anticipation of increased competition and lower prices. Contract store operators, especially those in small communities with smaller stores, found themselves on their own, unable to buy in volume to compete with larger grocery store chains.

Her costs and the state’s tax structure drove her prices up.

Many people don’t understand the taxes, she said.

Mikhail Carpenter, spokesperson for the Washington Liquor Control Board, said the taxes remained the same, but I-1183, the initiative that created privatization, placed a 10 percent fee on distributors and a 17 percent fee on retailers.

Whatever the case, it sent prices through the roof.

Williams tried to buy in volume during the first six months of privatization. She anticipated maintaining 80 percent of her customer base.

Customer traffic seemed to hold steady during that period.

Many customers drive to Oregon to buy cheaper spirits, she said.

Williams is right about that. Oregon liquor stores noticed an increase in Washington customers after privatization.

“Oh my god, yeah,” said Sally Jorgenson, manager of the Astoria Liquor Store. “It started in June two years ago and it’s just increased since,” she said.

She estimates the number of customers crossing the bridge for booze has doubled — at least.

They’re easy to spot, she added.

“You know they’re from Washington when they come in,” she said. “They grab a grocery cart.”

Often they’re stocking up, not just for themselves, but for friends and neighbors as well, Jorgenson said.

While that’s great for the Oregon stores it’s bad news in Pacific County.

Williams pays C.O.D. for her orders, another change under privatization. She’s not able to carry the variety she used to have, and she doesn’t order the quantities she was accustomed to. The high-end liquors in particular.

“I used to order a case of Crown [Royal],” she said. “Now it’s a couple of bottles of Crown. The higher-end whiskeys, brandies. … It’s just a whole different ballgame.”

Nicole Hoff reopened the Naselle liquor store in May. The previous owner closed just before privatization began in 2012.

The local community has welcomed the return of the store and the attached cold storage facility.

“The state letting go of the liquor business just created a whole opportunity for all these people who could never run a business like this before,” she said.

She and husband Randall were in the restaurant business for many years and had worked with wine and beer. Nicole worked in craft cocktail bars just before privatization and was familiar with the scene. Both also work at the Shelburne Inn in Seaview in addition to running the store and cold storage locker.

A bartender friend who also works for a distributor introduced her to specialty spirits including Geranium Gin. It’s available only in New York and Washington thanks to his connections.

It’s found in restaurants in Seattle, Portland and now the Peninsula because of the Hoffs and their connection to the Shelburne and the liquor store.

They’ve created a niche for their store carrying unusual brands. Nicole knew she’d need something to set the store apart.

The store stocks Washington products as well. Eau de Vie Apple brandy from Bellewood Distilling in Lynden and liqueurs from Dry County Distillery in Marysville are on the menu.

It’s part of the Hoffs’ philosophy, From Near and Far.

She sells liquor to restaurants. It’s not as profitable as retail, Nicole said, but introducing potential customers to the specialty spirits is worth the lower profit margin.

The restaurant angle may be one many liquor stores don’t pursue, she said. That’s the cutting edge of the cocktail industry and that’s what people are going to buy off the shelf.

Sid’s Market in Seaview is now the only place to buy spirits on the Long Beach Peninsula. The store started selling liquor on June 1, 2012.

It’s profitable, but it hasn’t been a game changer by any means, Sid Snyder Jr. said.

Like Williams in South Bend, he’s getting tired of people telling him how expensive it is. That’s because the taxes are so high, he said.

LCB’s Carpenter said the state Office of Fiscal Management’s analysis of the initiative before the 2011 election indicated that privatization would likely cause prices to increase.

“There was a belief among voters that prices would go down,” he said.

Oregonians may be asked to decide on privatization or the issue could go before the Legislature.

An Oregon privatization campaign came to a halt in June over wording on the initiative. Oregonians for Competition said it would push for privatization again in 2015.

The Daily Astorian and other newspapers pointed to Washington’s experience as a reason for caution in considering proposals to get the state out of the liquor business.