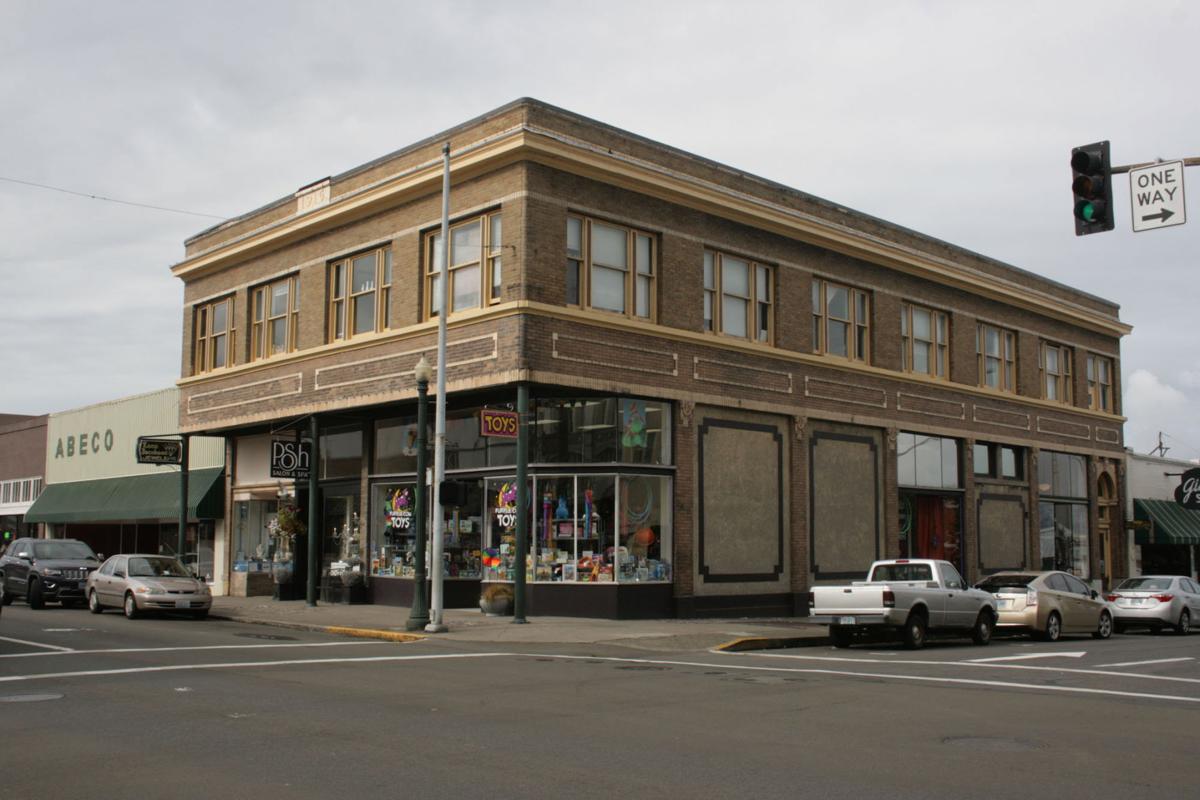 The Young Building has stood on the corner of 14th and Commercial for 100 years. 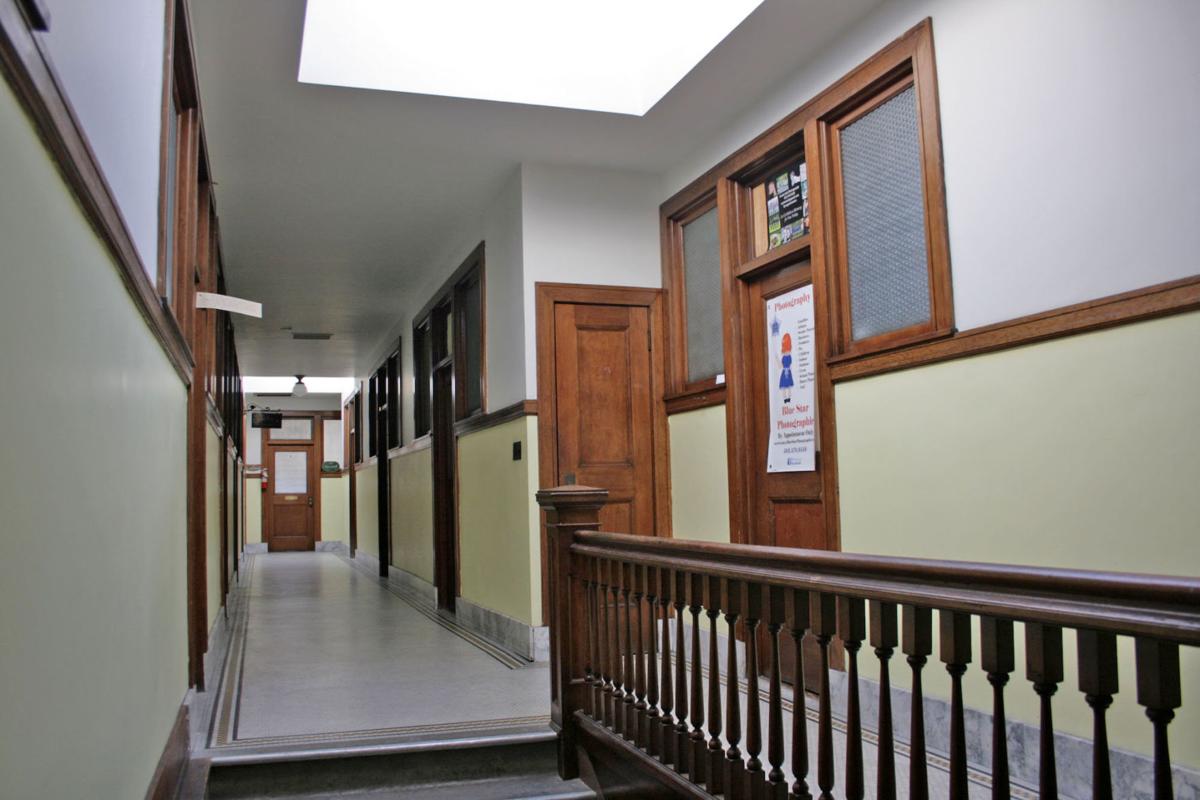 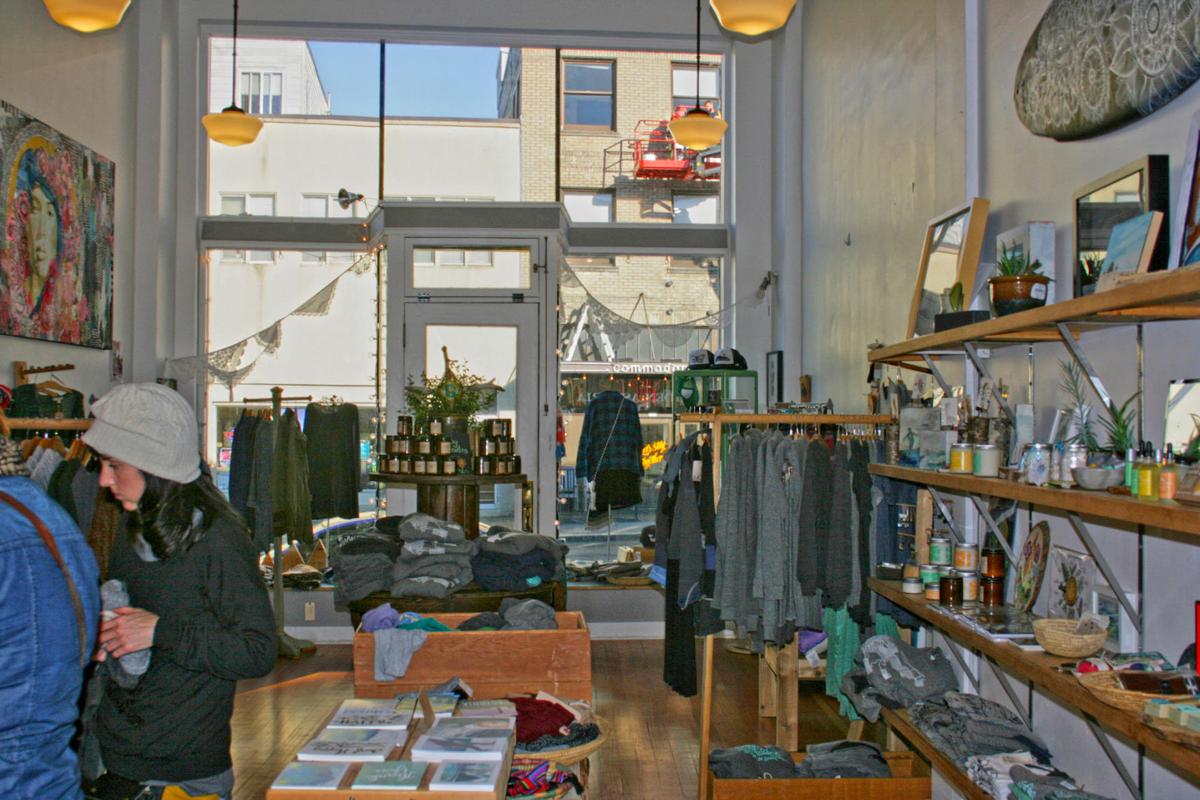 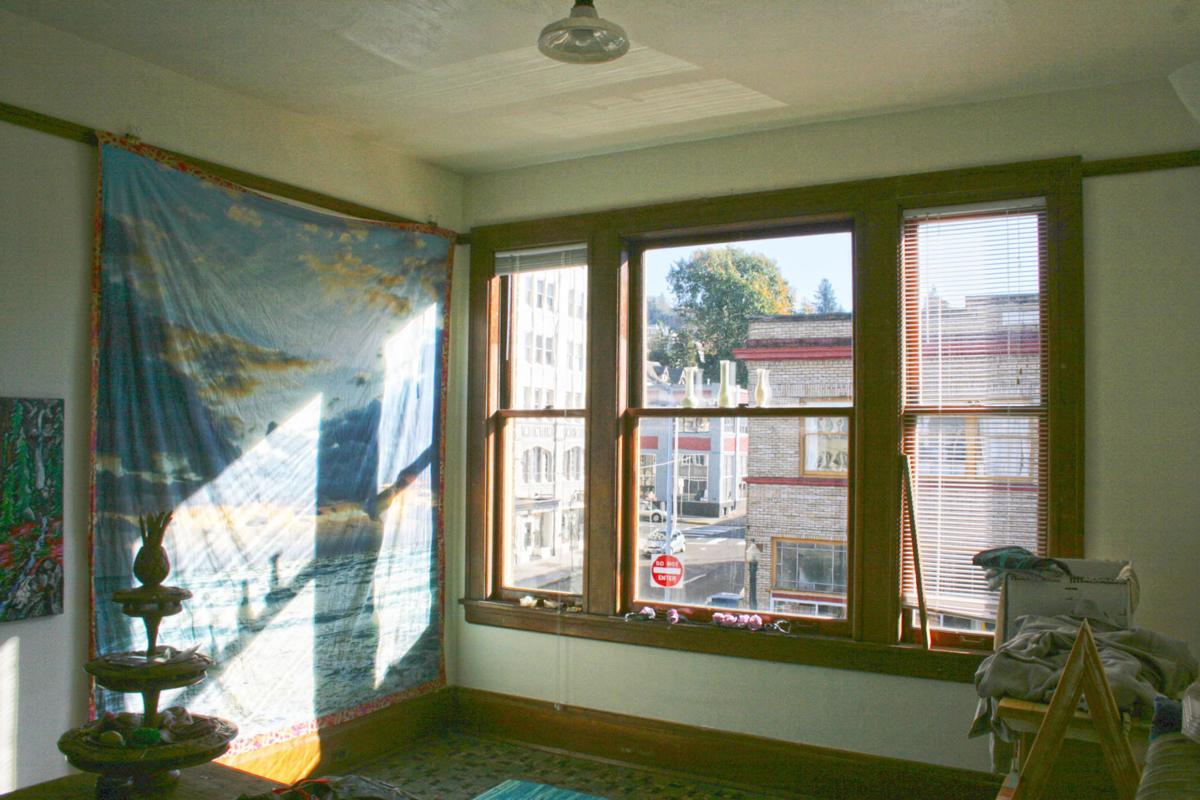 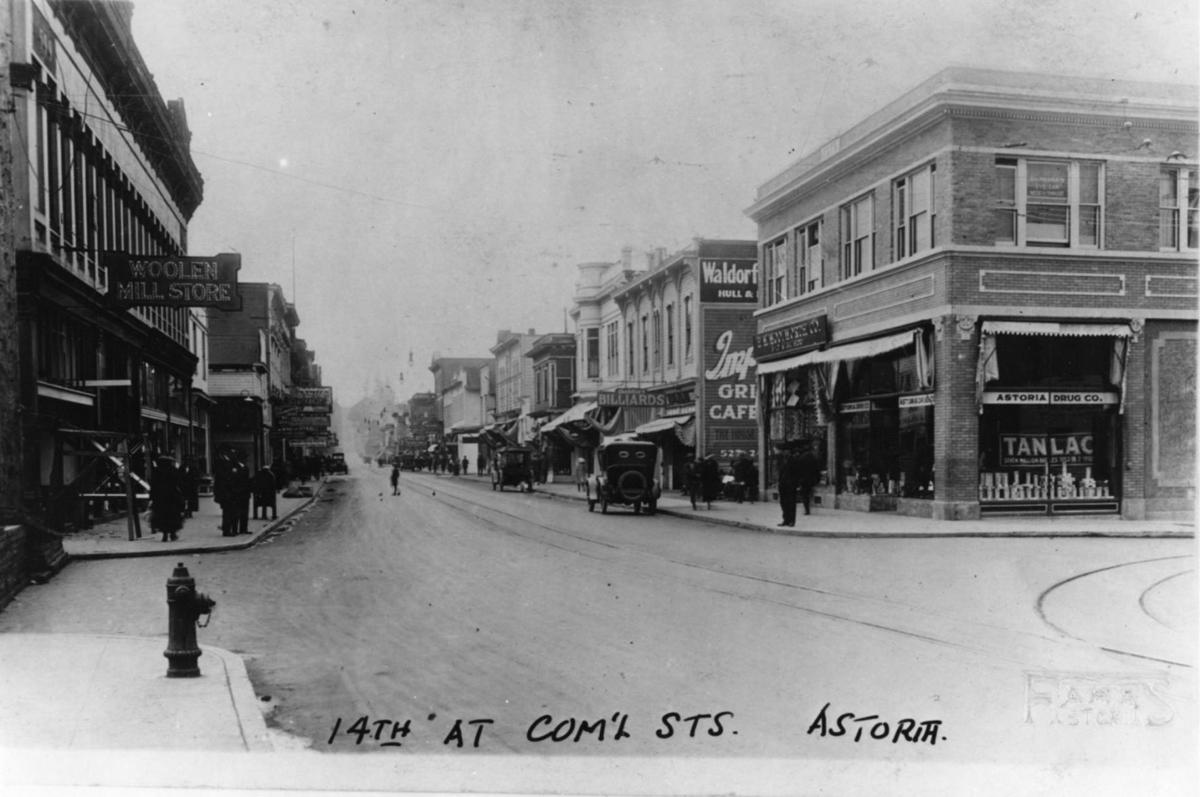 The Young Building, shortly after its construction in 1916. 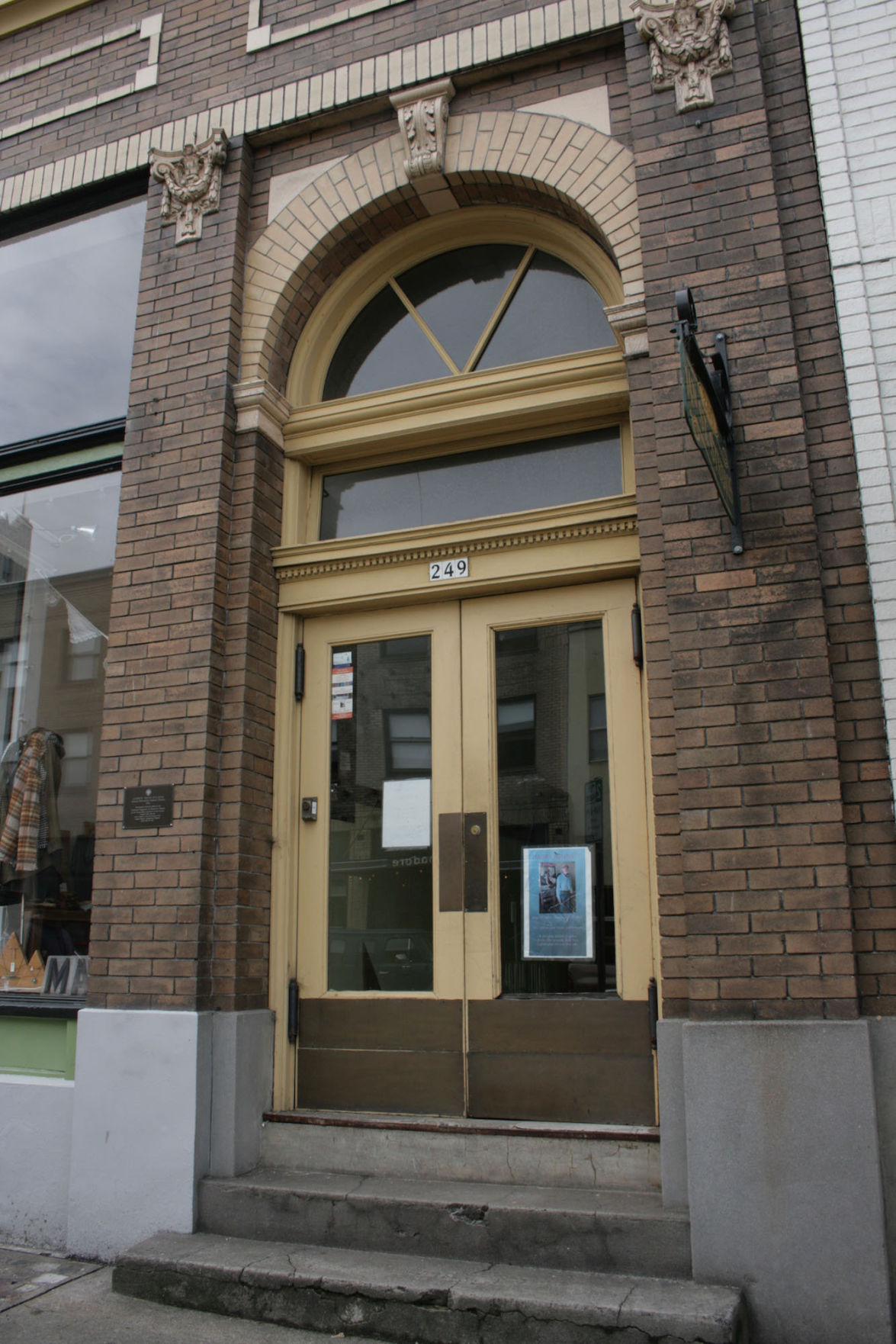 A side entry features a terra cotta details.

The Young Building has stood on the corner of 14th and Commercial for 100 years.

The Young Building, shortly after its construction in 1916.

A side entry features a terra cotta details.

ASTORIA — Andrew Young, brother of well-known Benjamin Young, really knew how to leave his mark on Astoria. Born in Sweden, he and his brother organized fish packing companies in Astoria, British Columbia and Alaska. In 1916, he hired John E. Wicks to design a masonry structure in Astoria.

The elegant building includes terra cotta — used sparingly but effectively — above a side entry and on pilaster capitals. The understated building is a survivor, too. It is one of a few downtown commercial structures to remain after the Great Fire of 1922.

Around 20 years ago, Paul Larson, and his wife Cheryl, purchased the Young Building. Rainwater dripped through the roof and skylights, onto the second floor, then to the floor below. Along the way, plaster cracked, woodwork was stained, and tile floors were loosened. “Skylights leaked so badly,” recalled Larson, they “wore out” the linoleum on the building’s stairwell. Deferred maintenance was catching up with the old structure.

Larson did two things: he replaced the skylights and hired Dwayne Jarvis to install a torch-down roof. After the rain was abated, he installed drywall where crumbled lath and plaster once spread.

Larson said he refurbishes the commercial and studio spaces as tenants move out. Purple Cow Toys, for instance, is a long-time tenant. Larson credits owner Katie Murray for her “eye” in revitalizing the space when they moved in. More recently, Larson renovated a space now occupied by The Poshe Salon and another space by Maiden Astoria.

The Maiden Astoria space is nearly unrecognizable from its former state. Larson removed a mezzanine and uncovered transom windows. He also restored the floor with the help of J & J Hardwood. “There was thick linoleum over it,” explained Larson. “Three of us used wide chisels to remove the tile and mastic. We had to take it down a ways for the sander to do its job.” The result, is a floor that looks as good as the day it was installed.

“I re-did this space a year ago,” he said pointing to an artist studio that looks unchanged in its restored simplicity. “I tried to save the linoleum.” Original flooring, unpainted woodwork, skylights, patterned obscured glass, and rooms flooded with natural light are a part of what makes the second floor so appealing to artists.

When he purchased the building, his plan for the second floor was unclear. Then, he met the artists who work there daily. “I’ve grown to realize what a great bunch of people they are,” he said. “It is an easy group of people to rent to….They’ve grown to be my friends.”

Two years ago, Larson restored all the second floor, double-hung windows. He pulled out six windows at a time, covered the openings with plywood panels, then reworked and rebuilt the windows at home. “My dad was a shipwright,” he explained, while downplaying his own skills. “I could stumble through it.”

He retained as much original material as possible. When the sash was too rotten, he replaced it with old-growth lumber. Larson purchased wood salvaged from the de-constructed, Union Fisherman’s Coop Packing Co. net loft in Uniontown. The full-dimensioned wood was invaluable in replicating the 1 1/2” wide sashes. He had enough wood to do the entire second floor.

Larson said he initially thought masonry buildings were maintenance free, “but they’re not.” He completely restored the upper-half of the Commercial Street facade. The 50-foot long lintel iron, supporting the brick above the first floor overhang, was in need of replacement. The horizontal portion of the 3 x 3 angle iron was pulling away from the brick. Pioneer Masonry of Portland re-created an angle iron, then re-worked the masonry above.

All brickwork was re-pointed and re-secured to the front facade. The soldier course brickwork (brick laid vertically for extra support) was replaced. Matching the bricks was not easy, however old brick from a Portland brickyard and re-used here. As the masons moved up the facade, they installed new lintel irons above all of the second story windows.

Finally, the corroded tin cornice was replaced by a custom-made, precisely matched, steel cornice. Larson’s facade work was recognized with a Dr. Harvey Award for excellence in preservation.

Larson said he and his wife are “caretakers.”

“We try to keep it as pristine as we can,” he said. “It’s nice to be one of the people making a little bit of difference in town. And I appreciate that the building is appreciated by others.”