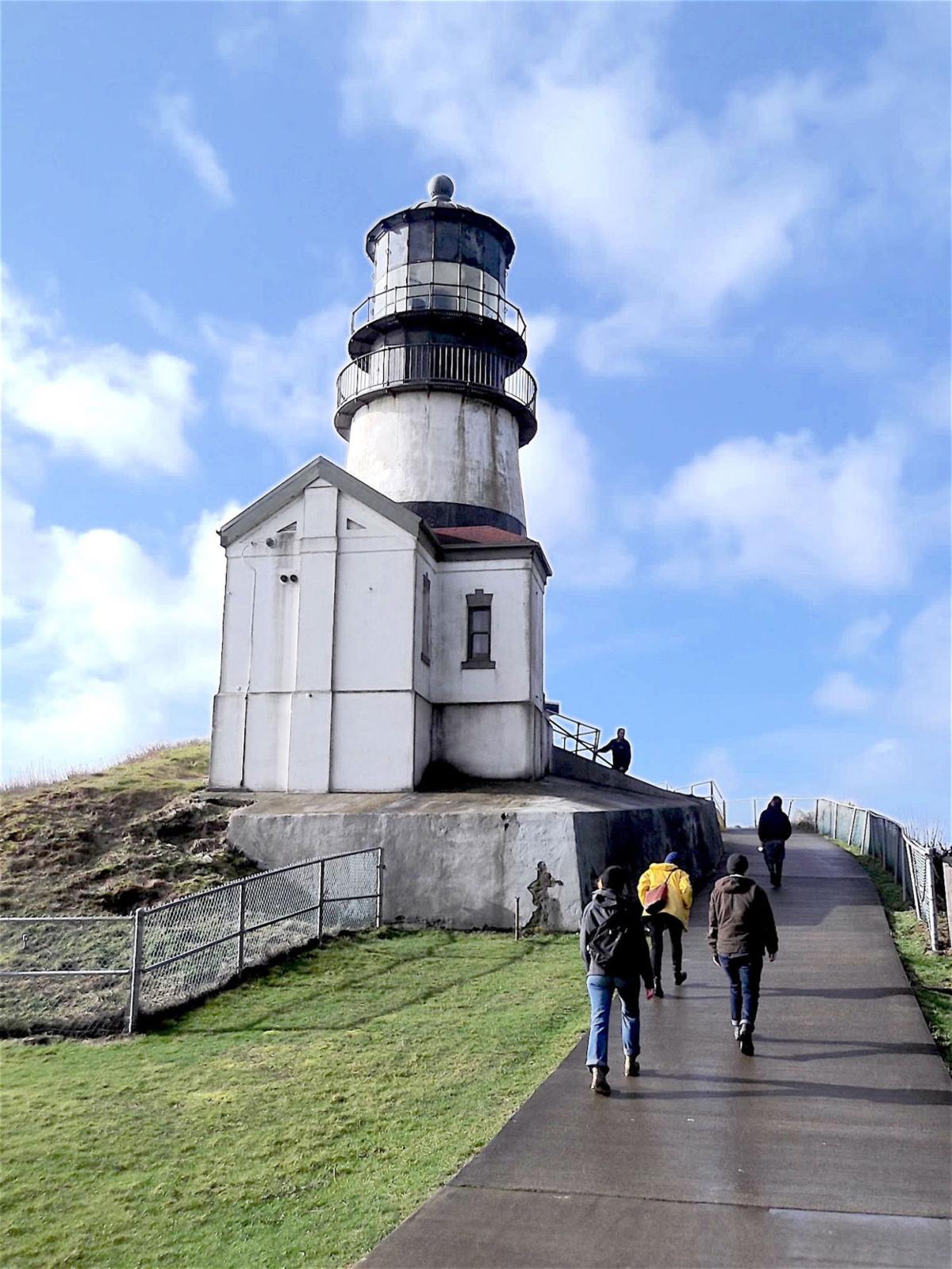 Cape Disappointment Lighthouse is the oldest lighthouse in continuous use on the West Coast. 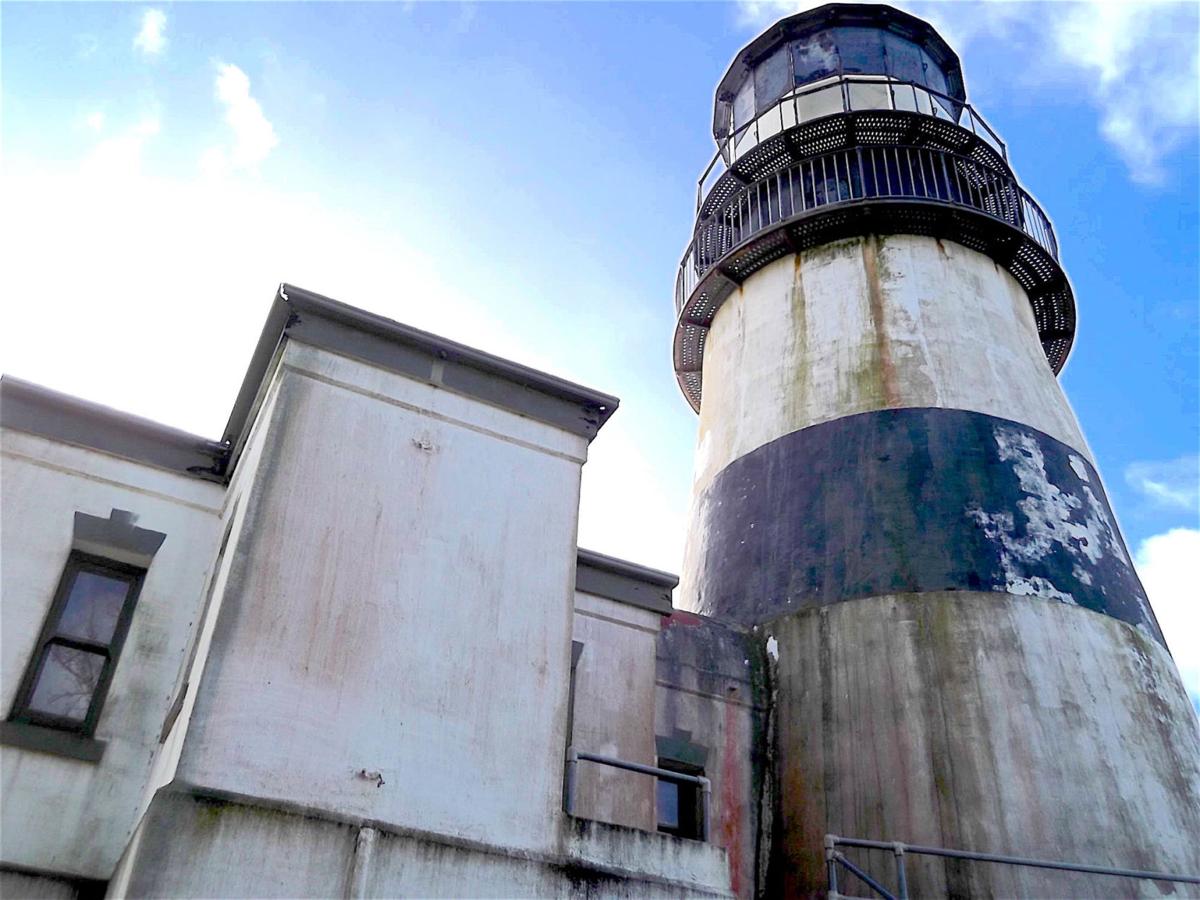 The landmark lighthouse takes a beating from harsh coastal weather. 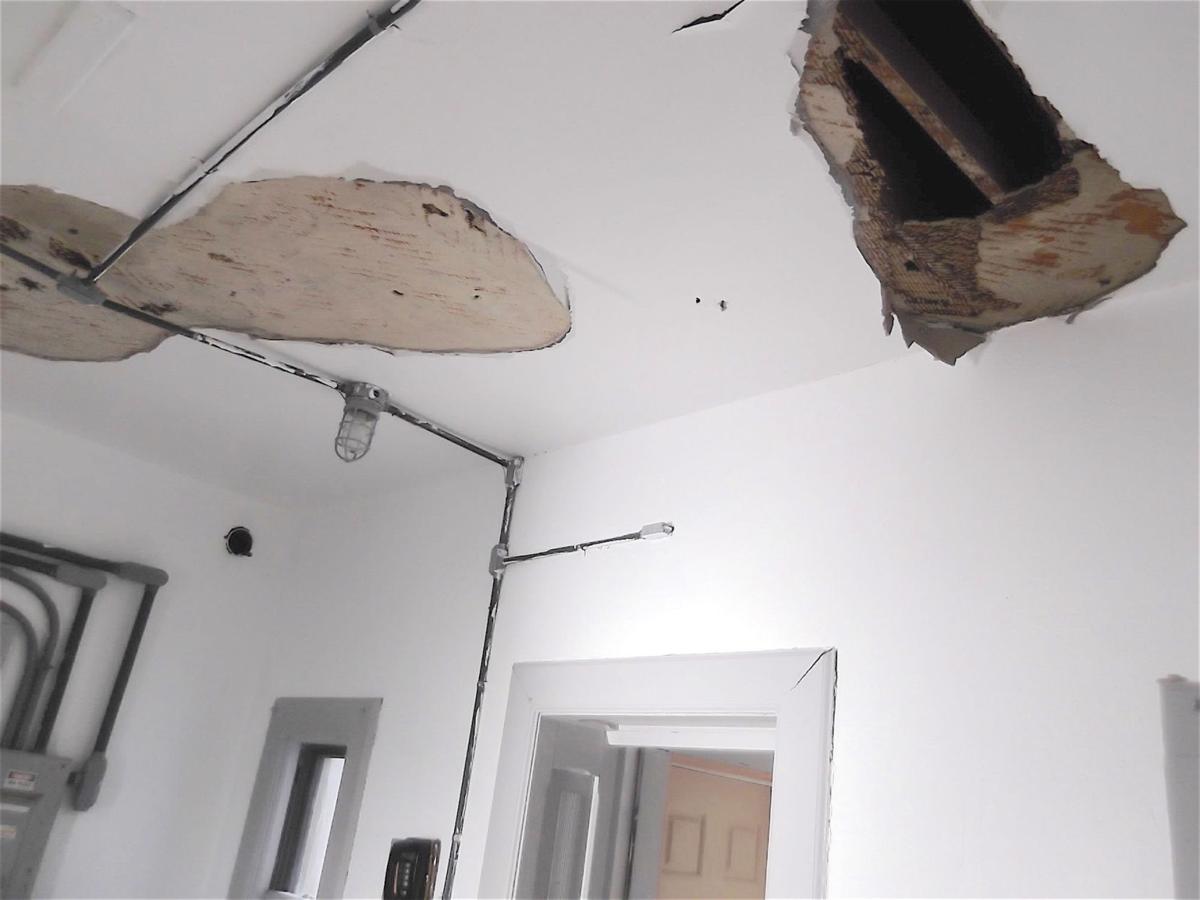 Plaster is dislodging from the ceiling in the lighthouse keeper's office. 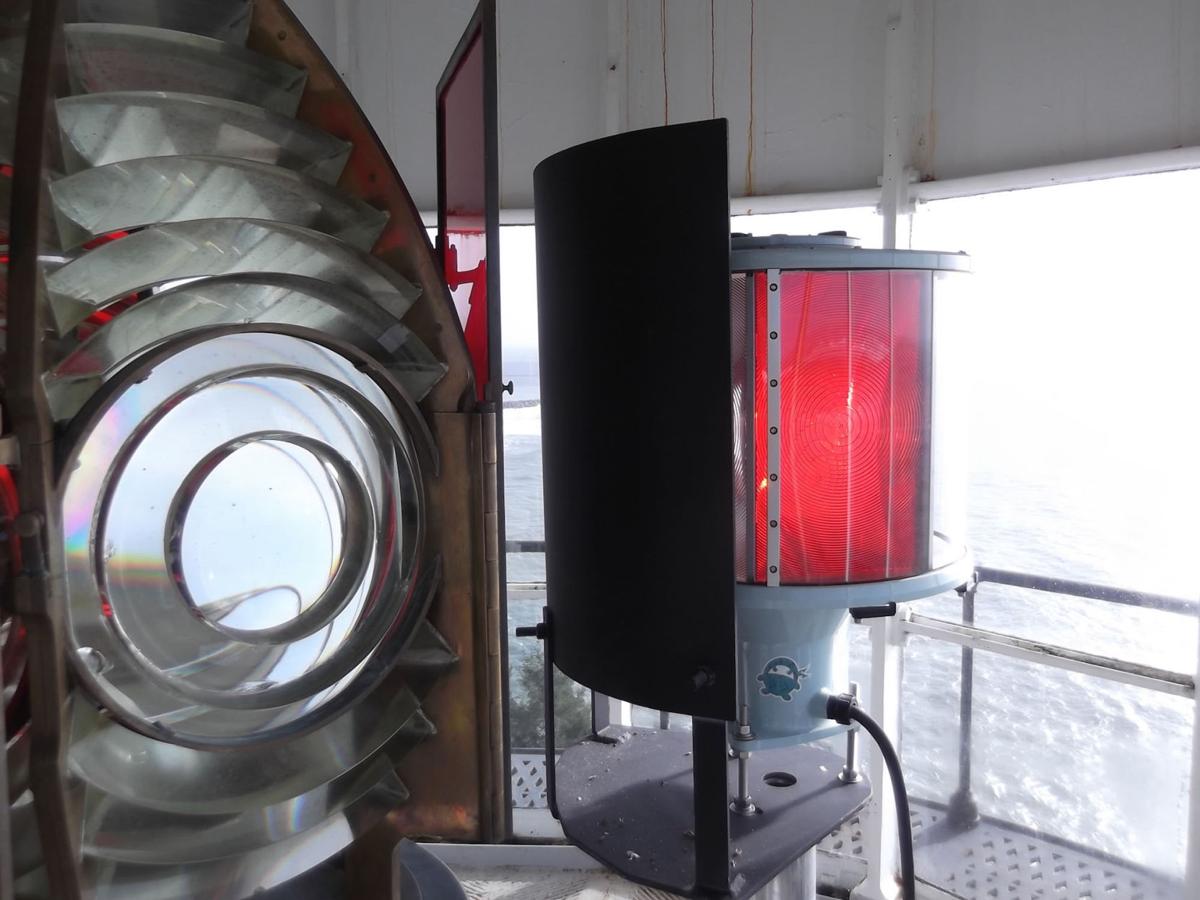 The fourth-order, Barbier & Benard Fresnel lens, manufactured in 1896, left, was replaced by an automated light, right, in 1973. 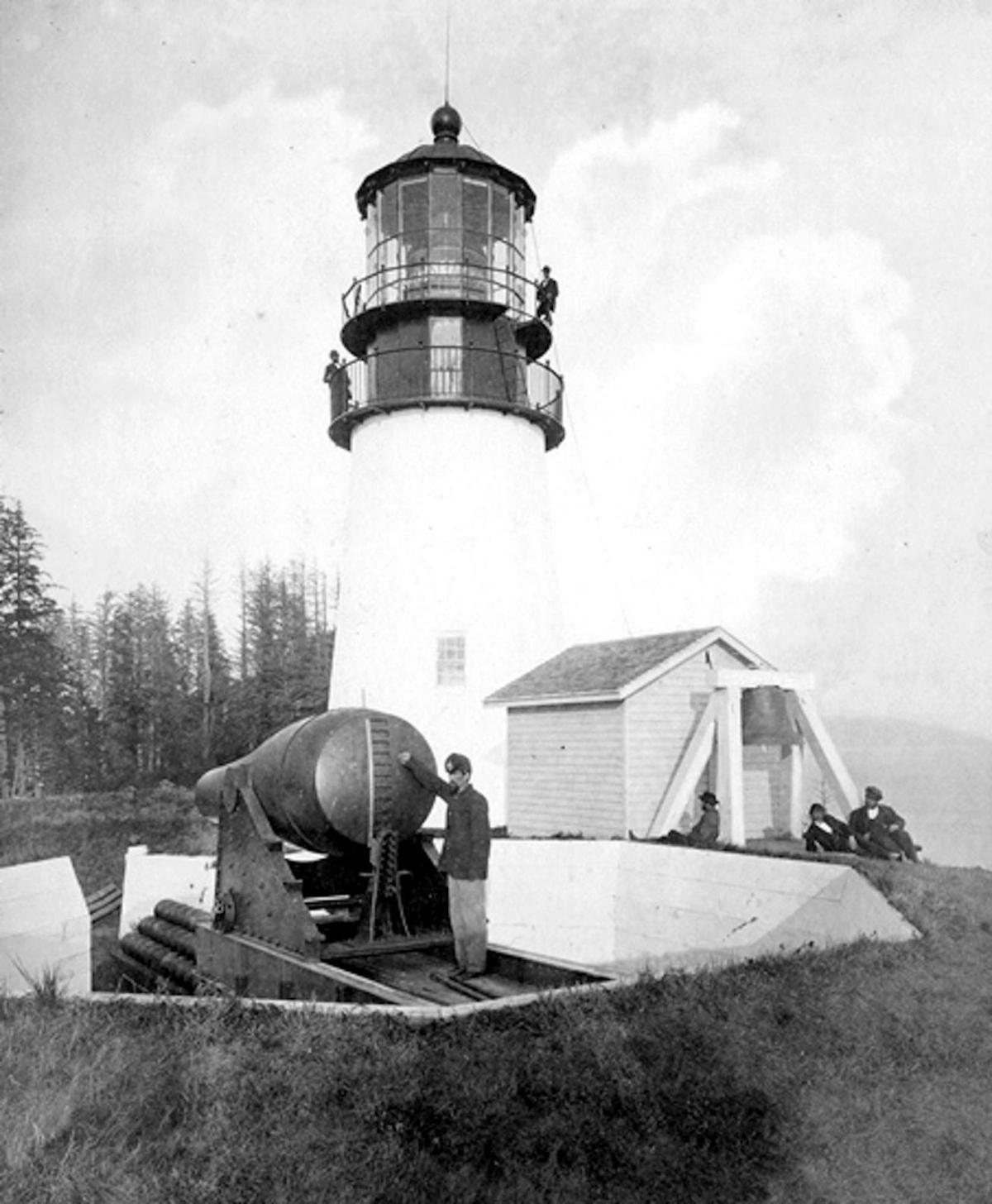 “Betsy,” a 15-inch Rodman gun, was mounted outside the lighthouse during the Civil War. 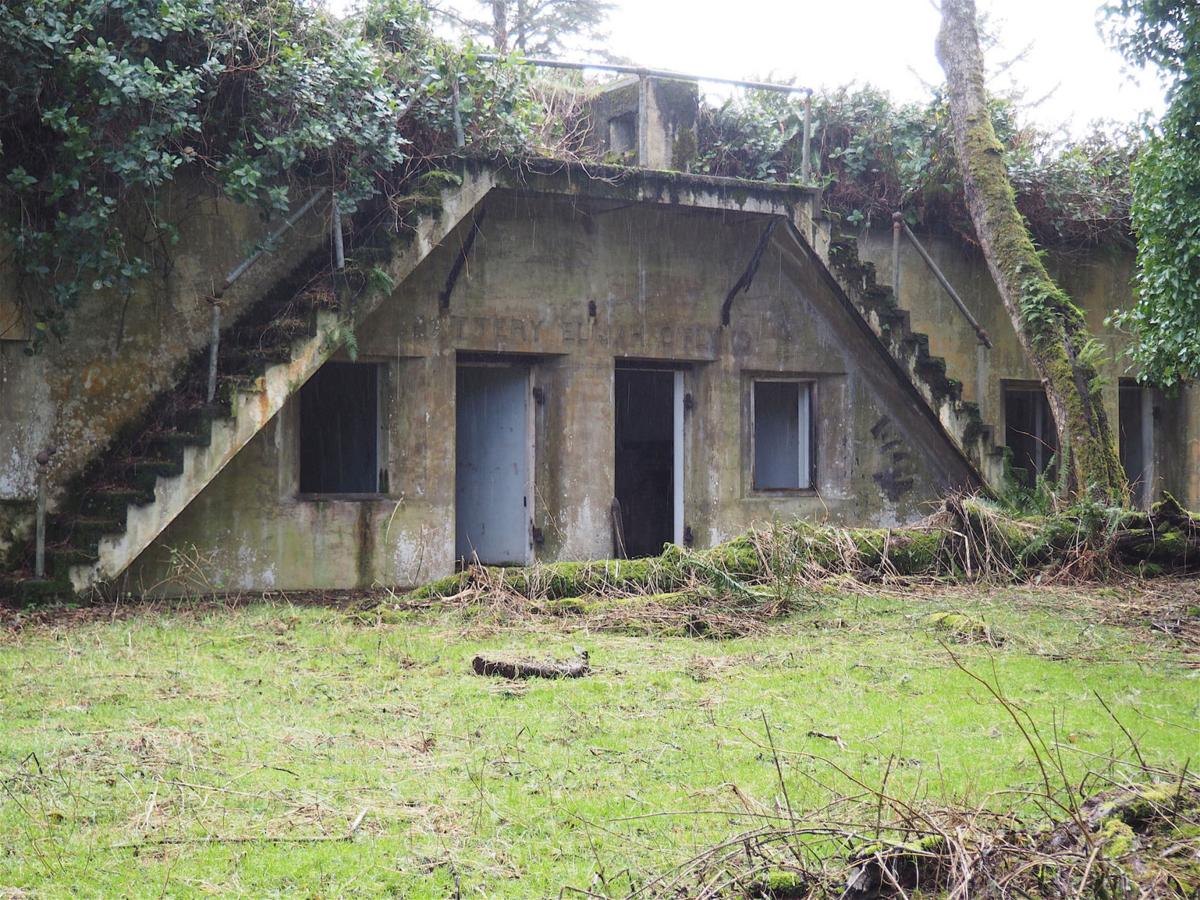 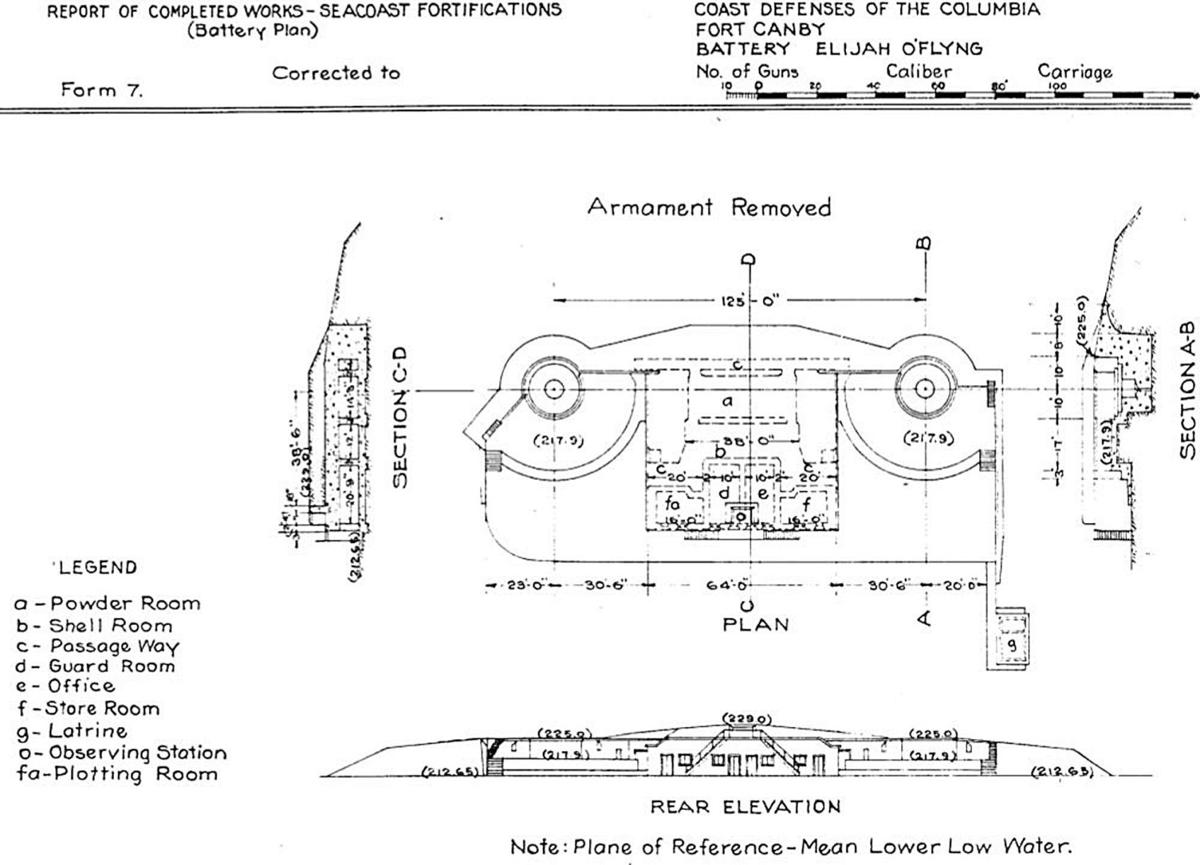 Cape Disappointment Lighthouse is the oldest lighthouse in continuous use on the West Coast.

The landmark lighthouse takes a beating from harsh coastal weather.

Plaster is dislodging from the ceiling in the lighthouse keeper's office.

The fourth-order, Barbier & Benard Fresnel lens, manufactured in 1896, left, was replaced by an automated light, right, in 1973.

“Betsy,” a 15-inch Rodman gun, was mounted outside the lighthouse during the Civil War.

ILWACO — A 16-year Coast Guard veteran, DCI Jason Billings arrived at Cape Disappointment a year ago in July. His work — literally damage control — was cut out for him. Billings is responsible for 35 buildings, most of which are contemporary structures.

However, like so many military bases, there is layer upon layer of history within its confines. Set on an inlet at the base of a steep, forested peninsula, “Station Cape D” was the home to the Chinook tribe, Civil War fortifications, an early lifesaving station and the West Coast’s oldest operating lighthouse. “I like to walk where our ancestors walked — where history was made,” Billings said.

Seeing the base for the first time, Billings’ curiosity was piqued. He asked the other officers, “What’s up this hill?” “A bear,” they told him. “Don’t go up there.” When he climbed the hill, he saw Battery Elijah O’Flyng: vines wrapped the concrete structure with their roots, thick moss carpeted whatever was not smothered beneath the underbrush. “I was awestruck,” he recalled.

Named “Kah’eese” by the Chinook people, Cape Disappointment was renamed by a disillusioned Capt. John Meares, who failed to locate the Columbia River’s entrance. Long afterward, the cape and its surrounds captured the imagination of many. In 1863, George Davidson of the US Coast Survey team wrote, “… we have sometimes experienced a dense fog…enveloping everything below… that must be felt to be appreciated.” Apparently, he experienced it 35 days in a row.

If ever there were a place in need of a lighthouse, this was it. The 53-foot tall Cape Disappointment Lighthouse was completed in 1856. It was among the first eight lighthouses on the West Coast.

The headland was ideal for military defense, too. Ft. Cape Disappointment, later called Ft. Canby, was established on the peninsula in 1863. Gun installations were constructed adjacent to the lighthouse. When a 15-inch Rodman gun, called “Betsy,” was discharged in 1865, the concussion broke eleven panes of glass in the tower’s lantern room. In 1905, the fort was expanded to include batteries Elijah O’Flyng and Harvey Allen. Both batteries served until 1918.

The site also served as home to the US. Life Saving Service. Established in 1877, it merged with the Revenue Marine Cutter Service in 1915 to form the US Coast Guard.

In 1975, all of these historical facets were deemed worthy of recognition and protection. The base was designated a National Register Historic District.

The Battery O’Flyng is in remarkably good condition, in spite of the temperate rainforest enveloping it. Few interior cracks are visible. “Stuff back then was built to last 100 years,” Billings said. He does his best to trim back the undergrowth and rid the batteries of birds’ nests. The guano is corrosive and will damage the structure.

Other than minor maintenance, not much can be done to preserve the battery. As he goes about his work, Billings keeps a log of everything he does. He wants the next person in his role to be able to carry his work forward and understand the history — both recent and distant — involved with the structure.

Billings said he would love to see O’Flyng returned to the condition of nearby Battery Harvey Allen. But there is no such plan. The property encompassing the Coast Guard base is owned by the Army Corps of Engineers. There is no money to truly restore and maintain the property. He is not aware of a Master Plan for the base, either, but his log could supply relevant information if that plan were developed.

While O’Flyng is abandoned, Cape Disappointment Lighthouse — the oldest structure on base — still functions. The original light was supplanted by an automated device in 1973. Billings inspects the lighthouse weekly. As he enters it, he notes plaster dislodged from the ceiling. The structure needs a new roof. The interior needs to be lead abated, re-plastered and repainted.

Billings is required to proceed through a chain of command before repairing the landmark. Everything he does is first approved by the Coast Guard’s legal office as well as its historian in Seattle or Washington D.C. And like the battery, there isn’t a lot of money available for the work. Nevertheless, Billings remains committed and his enthusiasm for his work is palpable. “I maintain it because otherwise we’re losing history,” he asserted.

In spite of the lack of restoration funds — and the practical appeal of replacing the structure with a low-maintenance, mono-pole light — Billings is certain the lighthouse will be retained. “The Coast Guard’s goal is to keep navigation safe. The lighthouse is there for a reason,” he said. “I don’t see the light being decommissioned any time soon.”

For more information about renovating an old home or commercial building, visit the Lower Columbia Preservation Society website at www.lcpsweb.org.