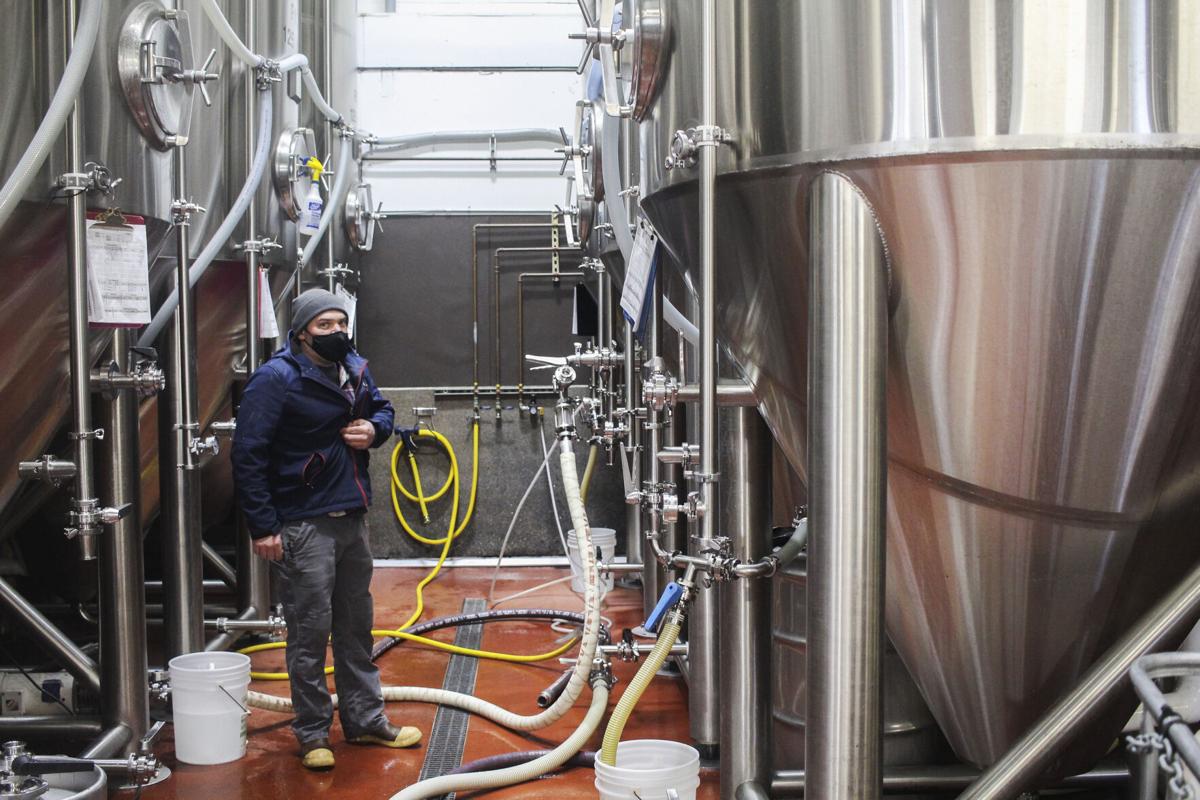 Michael Baron, lead brewer at Buoy Beer Co., said an 80-barrel batch of India pale ale can yield around 130 pounds of carbon dioxide gas, which the brewery captures and reuses. 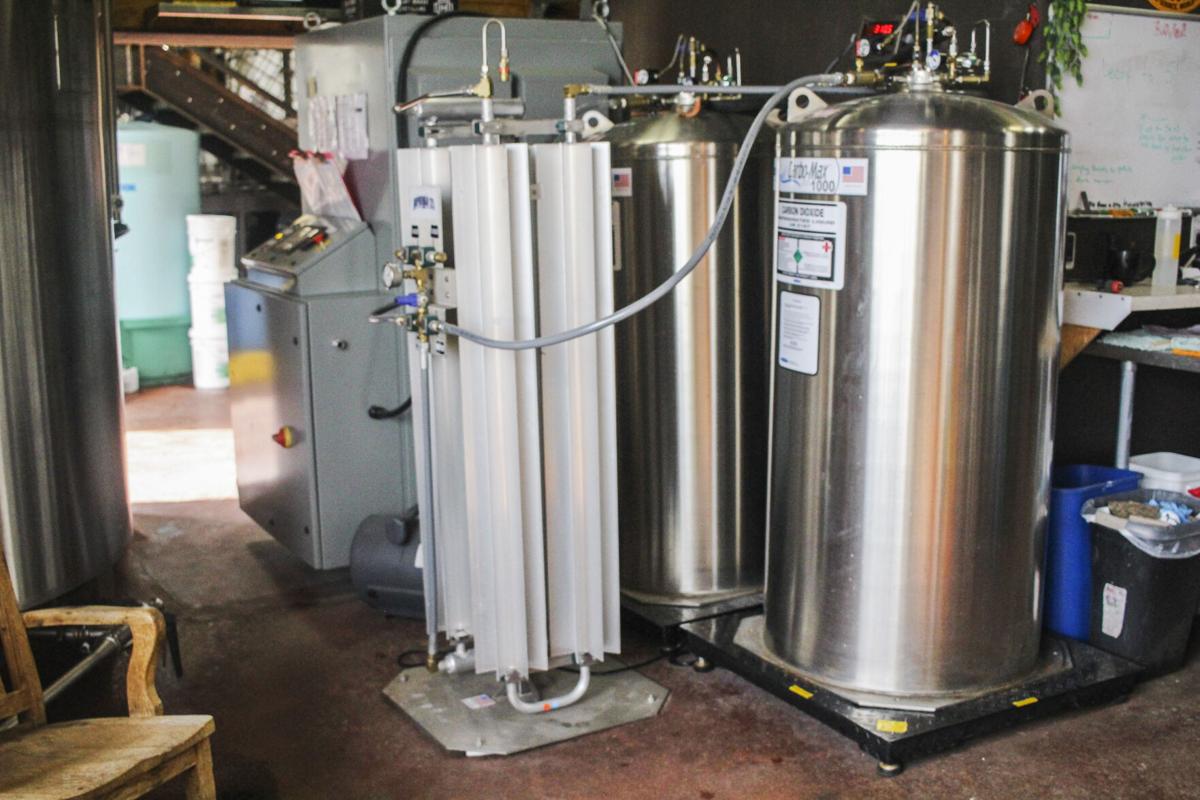 Buoy Beer Co. recently installed a fridge-sized machine known as CiCi to recycle carbon dioxide, along with a vaporizer to make it ready for carbonating and canning beer.

Michael Baron, lead brewer at Buoy Beer Co., said an 80-barrel batch of India pale ale can yield around 130 pounds of carbon dioxide gas, which the brewery captures and reuses.

Buoy Beer Co. recently installed a fridge-sized machine known as CiCi to recycle carbon dioxide, along with a vaporizer to make it ready for carbonating and canning beer.

Carbon dioxide, the gas that gives beer its fizz, is a precious commodity breweries spend large sums to buy, despite producing tons of it during fermentation.

When the coronavirus pandemic temporarily closed ethanol refineries and doubled the price per pound of the gas, Buoy Beer Co. joined a small but growing number of breweries capturing and recycling their carbon dioxide, increasing sustainability and cutting costs.

CiCi, a fridge-sized machine shorthand for carbon capture, cost Buoy Beer around $100,000 to install this summer. Rather than releasing it into the atmosphere, brewers pipe carbon dioxide from fermentation tanks to CiCi, which scrubs the gas clean and turns it into liquid for more efficient storage. A vaporizer turns the liquid back into gas that can be used for carbonating and canning beer.

Kevin Shaw, director of brewery operations at Buoy Beer, remembers hearing about carbon capture more than 20 years ago, when Alaskan Brewing Co. in Juneau became one of the first in the U.S. to install a system for reusing the gas. The far-flung brewery faces higher costs to ship carbon dioxide from Seattle, making capture and reuse all the more financially appealing.

“It was always something that really interested me,” Shaw said. “It seemed to make perfect sense, when you’re off-gassing this product, and it’s something that we purchase. If you’re able to reuse that, that would be obviously ideal.”

In 2016, Amy George founded a benefit corporation named Earthly Labs with a goal to remove 1 billion metric tons of carbon dioxide from the atmosphere, equal to the capture of about 26 billion trees. The company sought to scale down large, costly carbon capture machines for craft breweries and other small businesses.

“My vision was to create technology that allowed a small business owner, and someday homeowners, to capture and reuse CO2 and keep it out of the atmosphere,” George said. “I started on the craft beer market solution in 2017 and launched it officially after prototyping it with brewers here in Austin, Texas.”

By the end of May, George estimates about four dozen breweries in the U.S. will have Earthly Labs’ carbon capture technology. Buoy Beer, the first in Oregon to use Earthly Labs’ units, was set to install the technology in early 2020 before coronavirus put most capital projects on hold. Then the skyrocketing price of carbon dioxide amid the pandemic gave them the financial incentive to move quicker and cut the amount of imported gas.

“Most of our customers expect to see a payback in two to three years,” George said. “In some cases, it’s much faster. Again, with the rising prices (of carbon dioxide), we’ve seen that go to a year. We’ve seen prices go up 30% to 300%.”

Michael Baron, the lead brewer at Buoy Beer, said the brewery can collect about 150 pounds of carbon dioxide from an 80-barrel batch of Buoy India pale ale.

“The purification process strips out all of the volatile compounds,” Baron said, touting the scrubbed gas as cleaner than what the brewery imports from the byproduct of ethanol production.

CiCi is designed to service breweries producing up to 20,000 barrels a year. Shaw expects the technology to become all the more prevalent when Buoy Beer expands its brewery into the former Video Horizons building on Astor Street this summer, dramatically increasing its capacity in the coming years. CiCi will never provide all the brewery’s carbon dioxide, Shaw said, but the machine will help the brewery become more self-sufficient when supply for carbon dioxide tightens.

“We’re basically dead in the water without CO2,” he said. “We basically can’t operate as a brewery.”