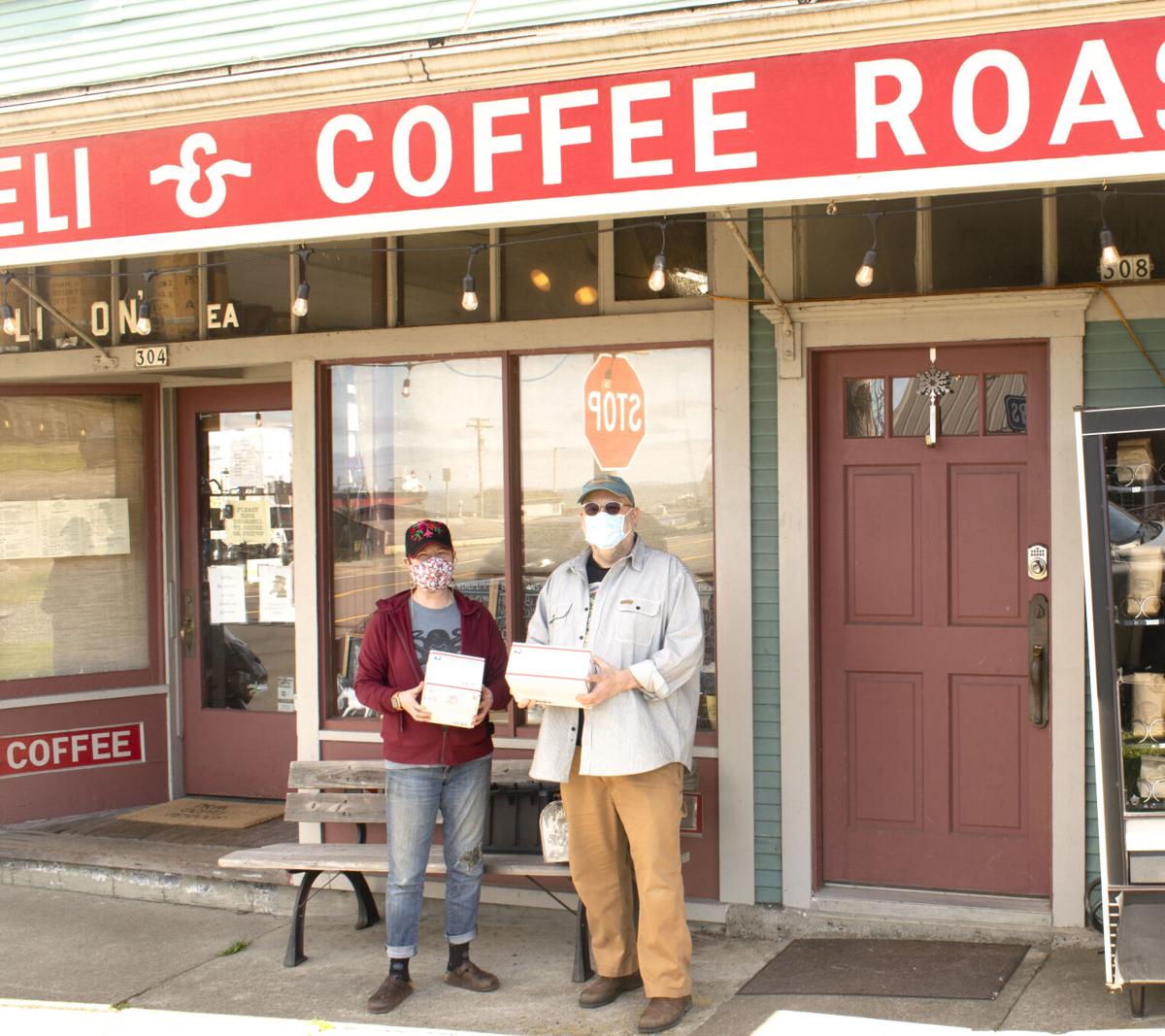 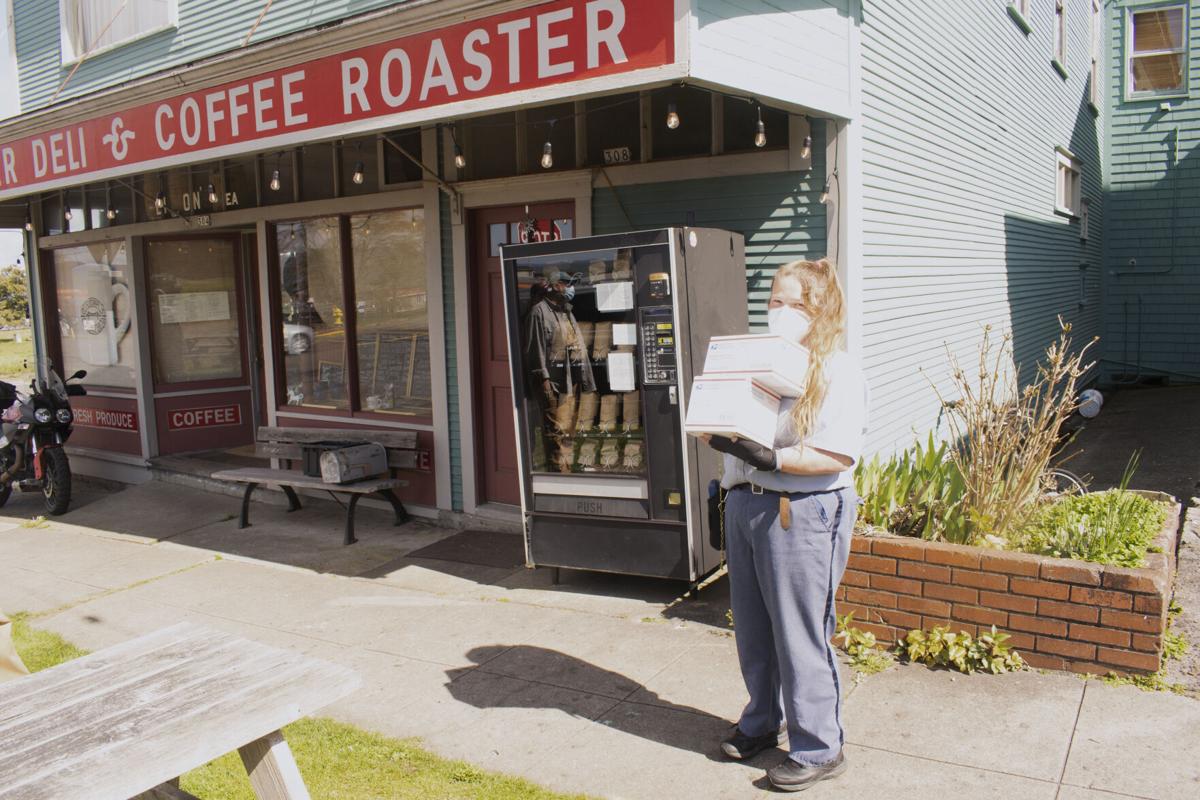 A postal carrier picks up mail orders from Astoria Coffee Company in March. 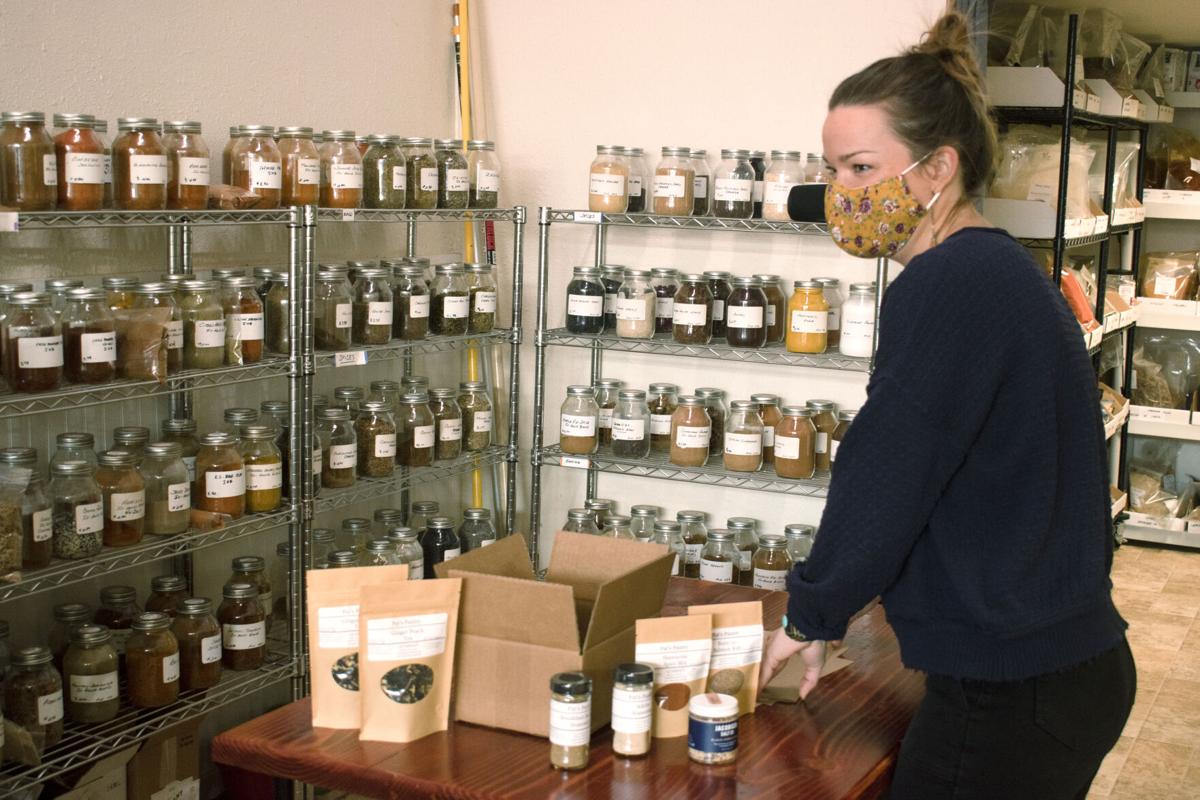 Savannah Thomas prepares a box full of spices and teas at Pat’s Pantry.

A postal carrier picks up mail orders from Astoria Coffee Company in March.

Savannah Thomas prepares a box full of spices and teas at Pat’s Pantry.

Privately-owned businesses in Astoria are essential for the local economy and ensuring that dollars spent here stay here. But some businesses go beyond the Columbia-Pacific region to reach a wider market through shipping products online, through mail order or to other companies.

Steve Fick, owner of Fishhawk Fisheries, has been shipping sturgeon, salmon, crab, shrimp and tuna nationally since he started the company in 1985.

“Ours is pretty simple, we have truck companies that come here weekly and we ship products out of here,” Fick said. “It goes throughout the country, clear to the East Coast, down to California and Texas, and also the Midwest.”

Fishhawk Fisheries also sells through mail order as well as locally, and people can come into the plant and buy products directly.

Meanwhile, the new owners of brick-and-mortar stores Pat’s Pantry and Astoria Coffee Company are all continuing and building upon the mail order and online markets the original owners had established.

Father-and-daughter team Dennis and Savannah Thomas said about 20 to 25% of their business has been from online sales since they bought Pat’s Pantry from Pat Milliman and Tom Leiner in December.

“Tom and Pat established an online business 18 months ago and it’s grown considerably since,” Dennis Thomas said. As of March, the digital point-of-sale program Pat’s Pantry uses to keep track of online orders has 2,800 customers in its database. “It still boggles my mind, we ship stuff all over the United States.”

He added his business even ships salts, peppers and herbs to people who can find similar products in their own local stores, but perhaps they discovered Pat’s Pantry while on vacation and wanted to become loyal customers.

“We also have consistent Coast Guard customers who were stationed here and then moved away, so we’re pretty fortunate,” he said. “We have online customers who repeat orders but also first time customers, so that’s growing the business as well.”

“Before their shop was open they walked around and got to know local business owners, and they walked in here and saw it was a spice shop,” Dennis Thomas said. “It’s been a nice shot in the arm for our business and gives us some diversity in our customer base too.”

Thomas, who also runs Thomas & Son Woodworks, created a large redwood slab table for Gaetano’s to use as the centerpiece of its shop.

Pete Aiken and Sara Moot, who bought Astoria Coffee Company from the original owner, Rick Murray, in October, said they’re interested in roasting coffee for Gaetano’s in the future too.

“We feel fortunate to land in Astoria, where there are so many loyal fans who are really glad somebody else is taking on Rick’s legacy and we’re always happy to see them,” Aiken said.

Aiken estimated about 20 to 30% of his business is from shipping and online orders for locals as well as consumers across the U.S. In addition to its website, Astoria Coffee Company also gets sales from its social media accounts.

“I love being able to ship, it’s great,” Aiken said. “And it’s one of the areas most likely to see greater expansion.”