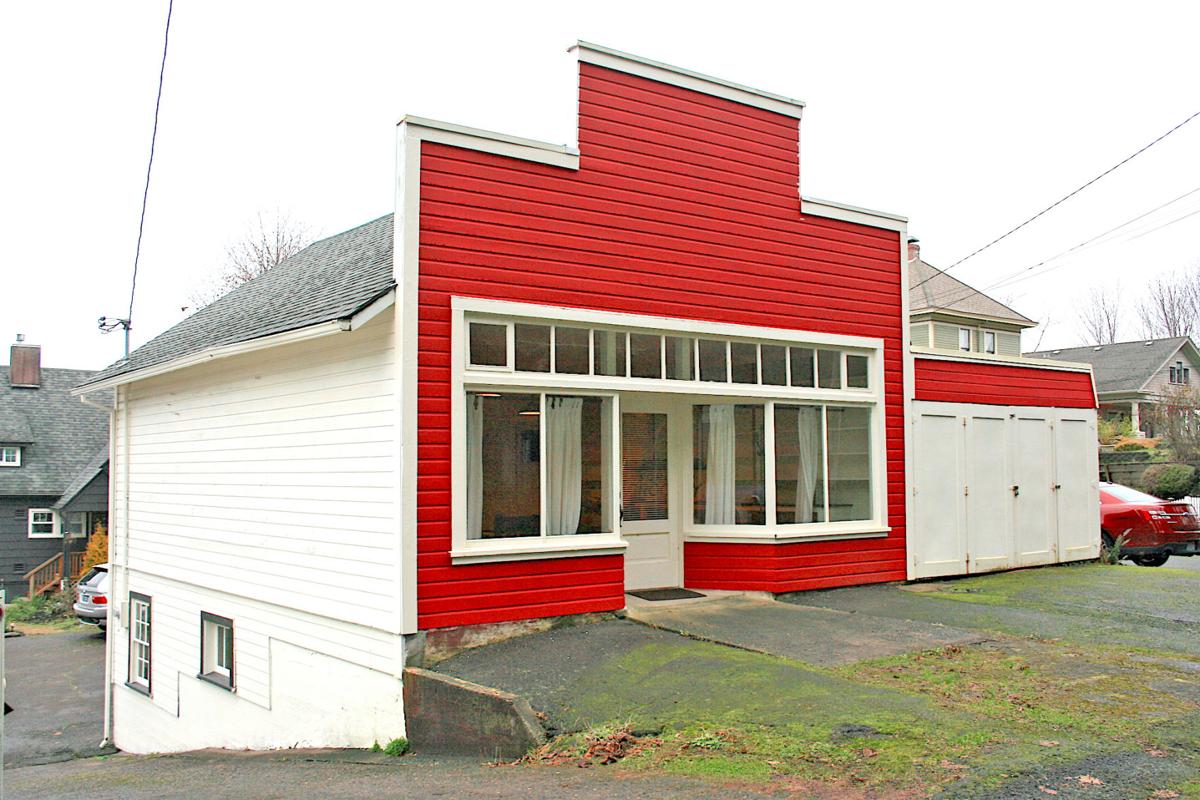 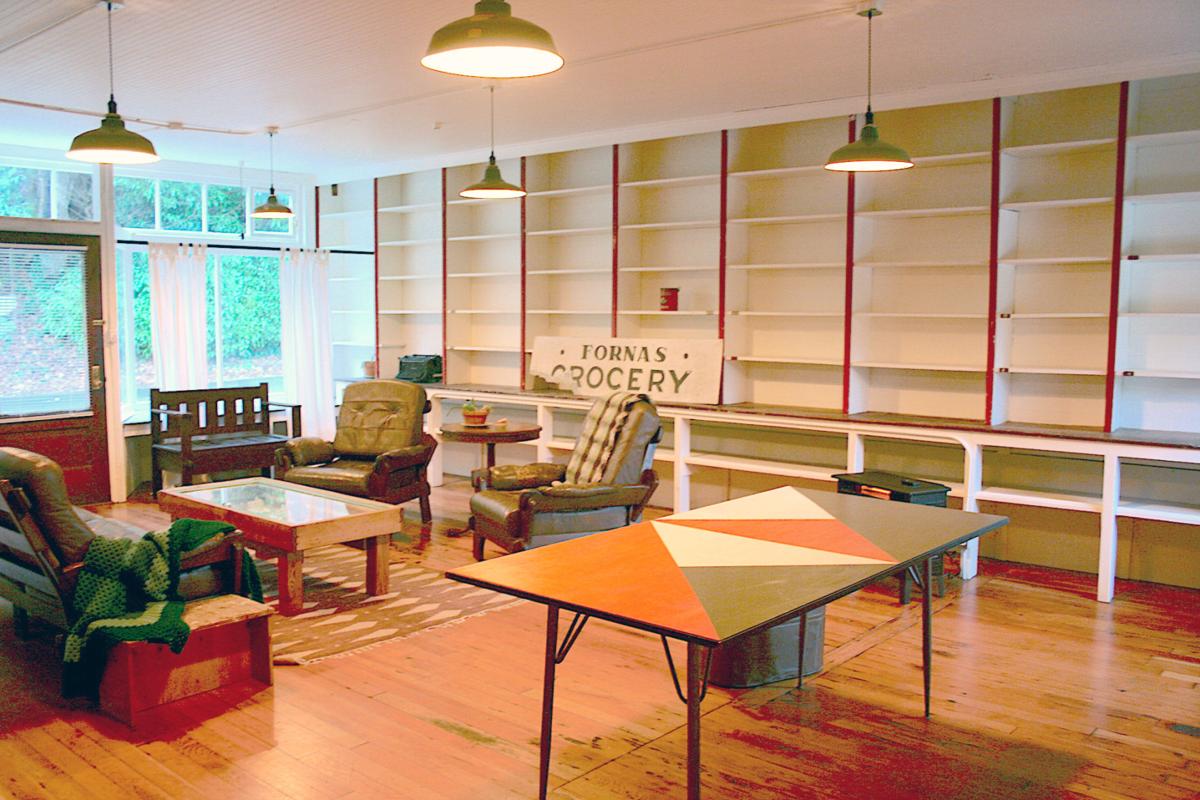 The nearly intact store awaits a new use. 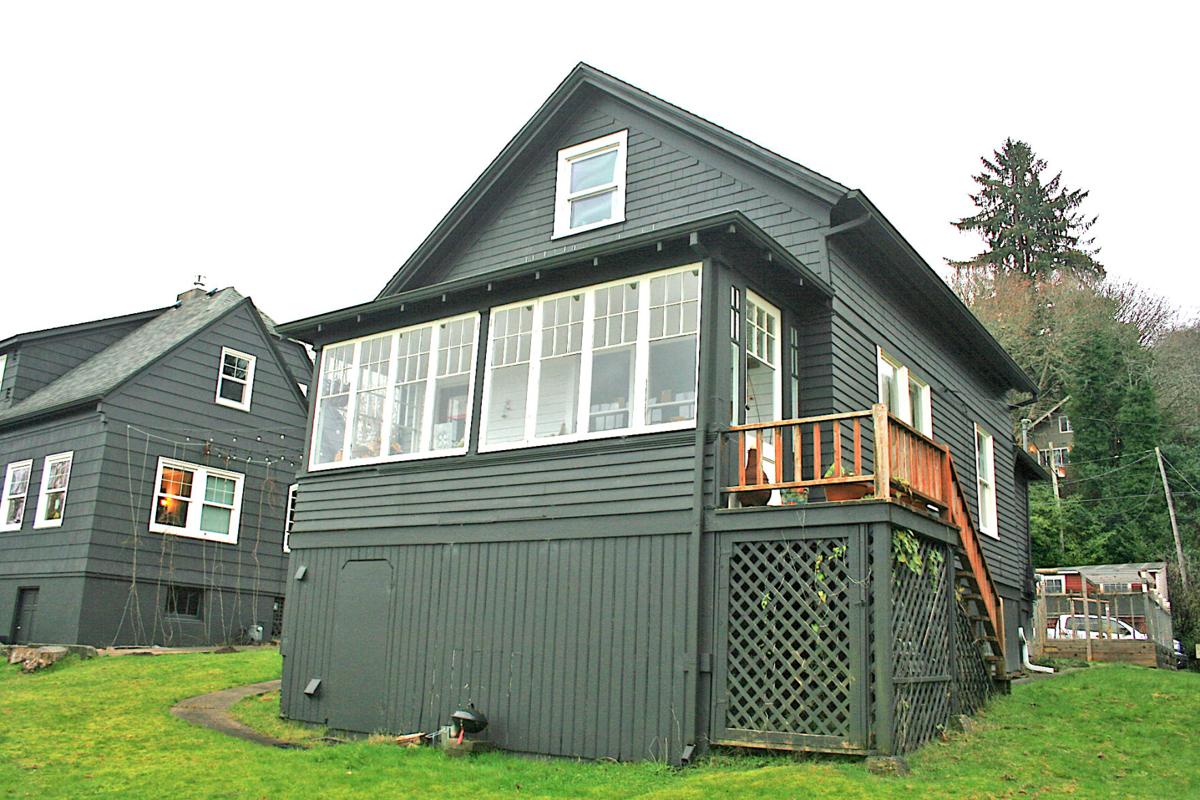 This house, the oldest building on site, was constructed by 1896. 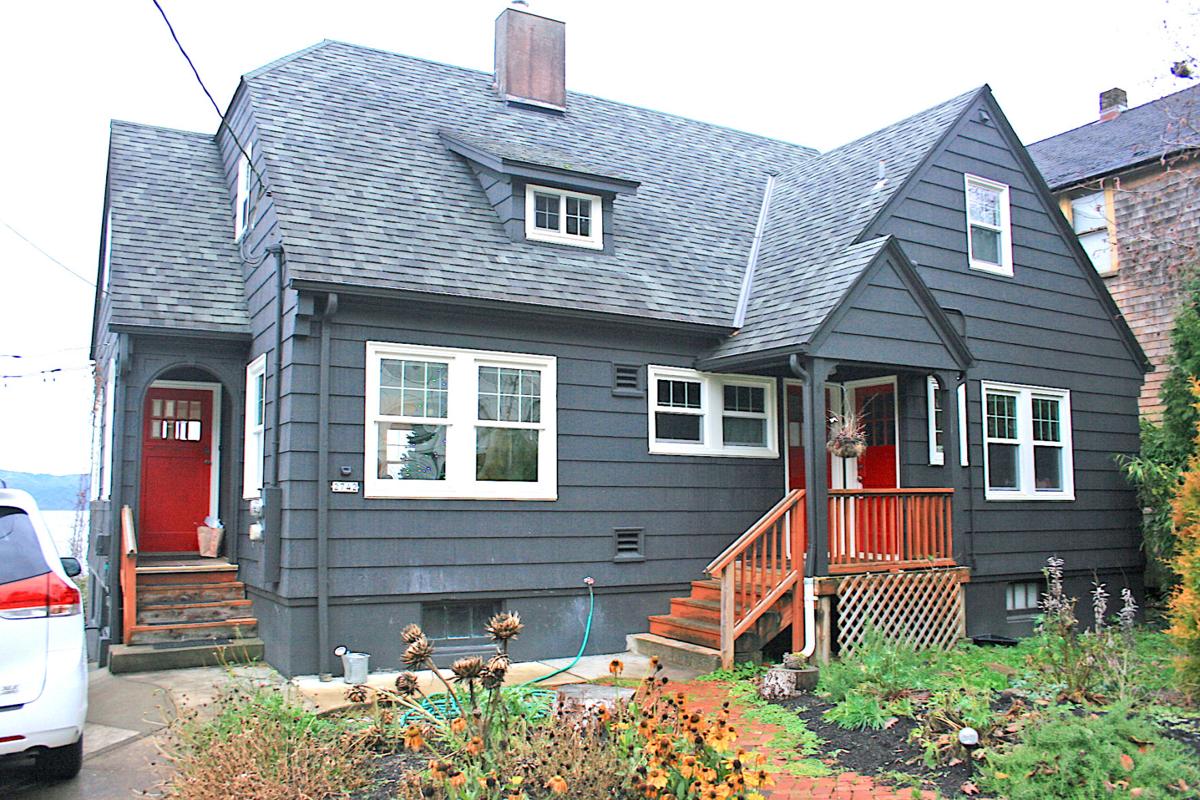 Joseph and Eva Fornas constructed a second house on site in 1931. 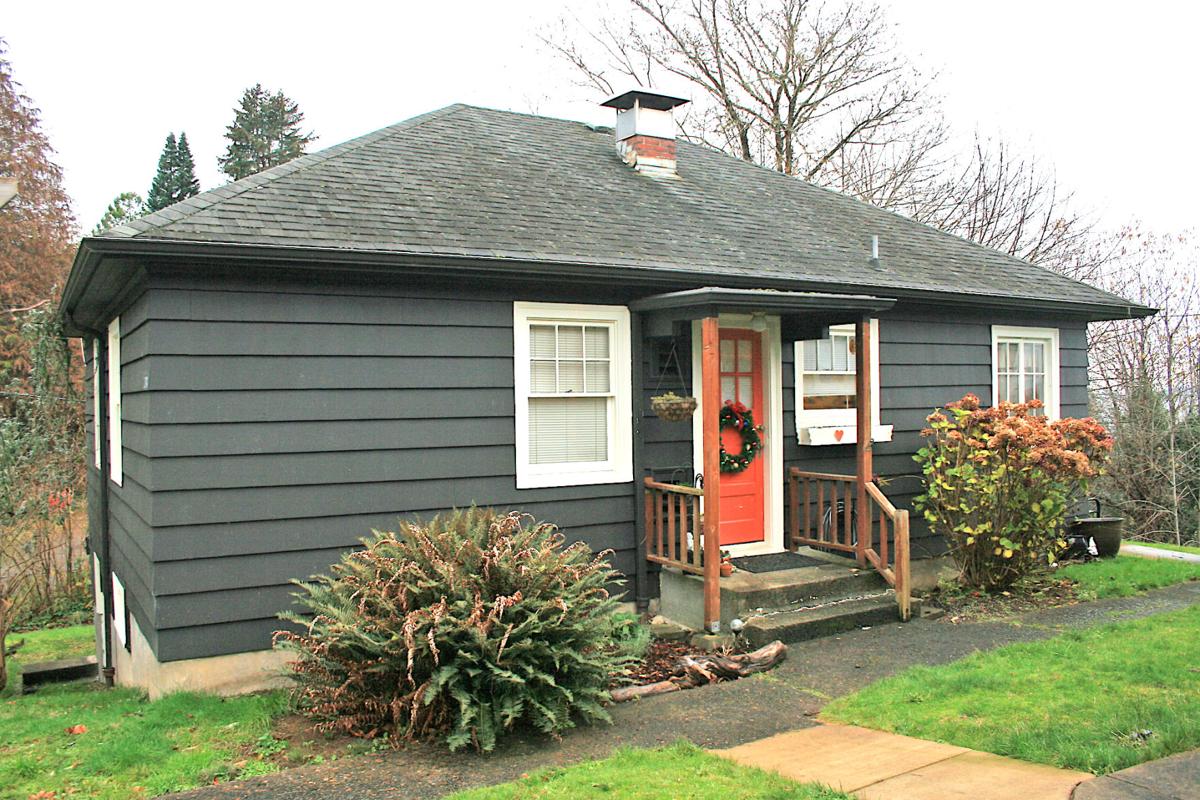 This is one of two bungalows constructed on site in 1939. 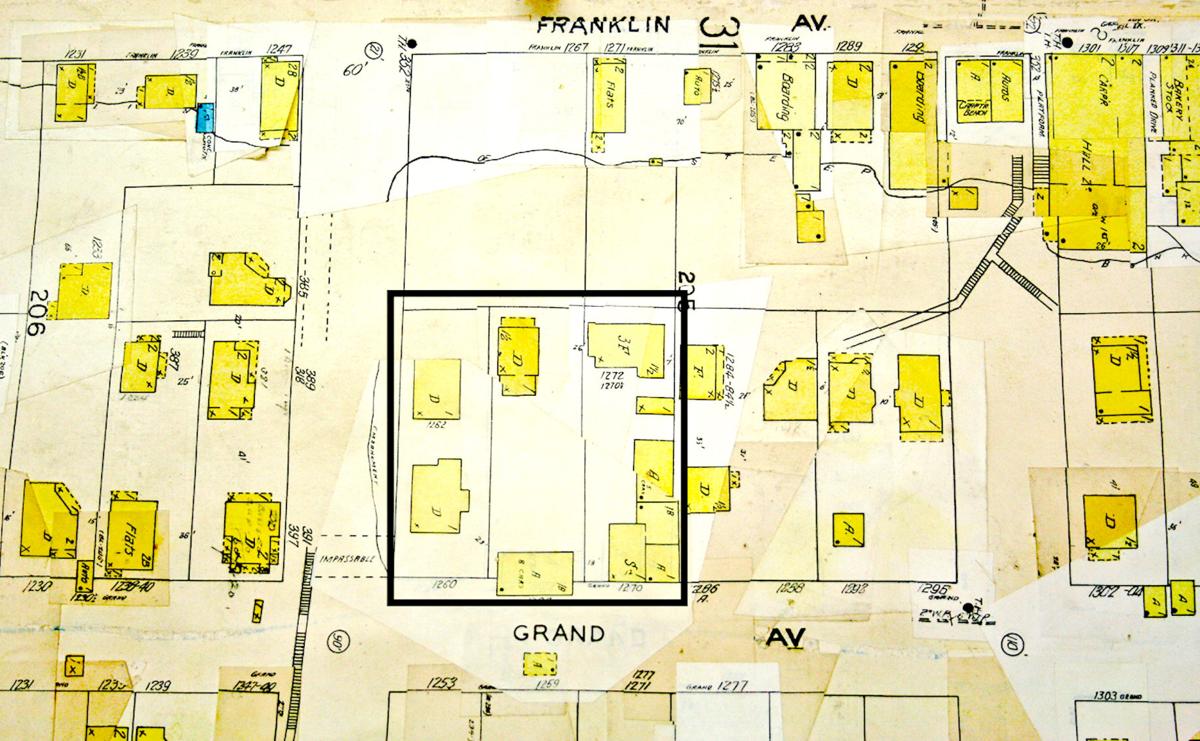 The nearly intact store awaits a new use.

This house, the oldest building on site, was constructed by 1896.

Joseph and Eva Fornas constructed a second house on site in 1931.

This is one of two bungalows constructed on site in 1939.

The unusual property reminded the Rosses of one of their California properties: a “Hollywood Bungalow Court” with individual houses, private yards and garages all on one parcel. “I admired that style of building and the practicality of it,” recalled Bonnie. “It’s like a developer’s dream of an empire,” added Jack.

After touring the place, “Bill said, ‘Oh, by the way, my grandfather used to own the place,” said Bonnie. “We couldn’t make it work financially then,” said Jack. “But we’ve been stalking the place ever since he showed it to us,” joked Bonnie.

It is not known when the first house was constructed on the site. It is known that by 1896 a house was on the north end of the lot, overlooking the Clatsop Mill. The first occupants were likely boarders. Joseph Fornas was there, however, by 1925 when he constructed and operated a store on the south end of the lot.

Fornas immigrated from Finland in 1909 and eventually moved into the neighborhood, known as Little Helsinki, by 1918. He worked as a driver for one grocer then a clerk for the Finnish Mercantile. He married his first wife, Eva, in 1914.

Last fall, the Rosses purchased the Fornas property from Gavin and Delane Blackstock. The Rosses have nothing but praise for the work done by the Blackstocks, who focused on the property’s deferred maintenance.

In the store, they refinished floors, replaced wiring, installed a new electrical service, and hired Katie Rathmell to repair the storefront windows. They also repainted the exterior of every building. And, they tended to the unglamorous task of repairing the sewer lateral. “Everything they did seems quite well done,” said Jack.

“Short term we have nothing specific planned for the buildings,” said Jack. “All of the units are rented and well maintained. We are all full at the inn,” added Bonnie. As renters move out of the units, the Rosses will “fine tune” the buildings by removing any vinyl windows, installing period light fixtures, etc.

There are no immediate plans for the store, either. The Rosses appreciate its intact qualities and want to find the right use for the space. Instead, Jack will concentrate his efforts on stabilizing an eight-unit garage next door. In a town where auto garages are at a premium, he will have no problem finding renters.

Several years ago, the City of Astoria inventoried potential historic properties within the Uppertown neighborhood. Although the Fornas property was deemed worthy of historic designation and protection, the owners at the time declined to have their buildings listed as “historic landmarks.”

Now, the Rosses intend to reverse that. “We believe it is important to protect them,” said Bonnie. “We want to reverse the earlier decision.” The Rosses will take their property before the City’s Historic Landmarks Commission in early 2019. Once the property is designated “historic” the status will remain with the property through the life of the buildings.