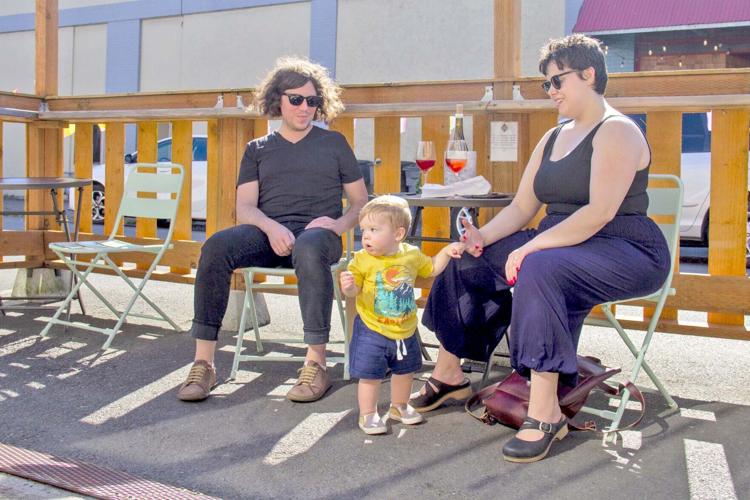 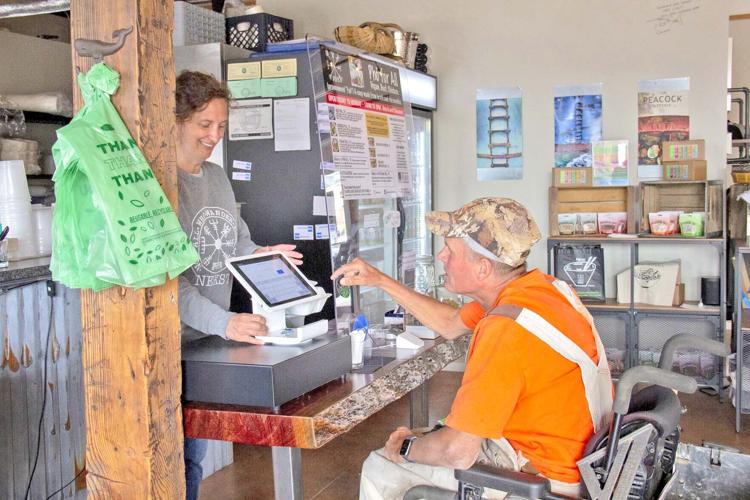 When the coronavirus pandemic first reached the North Coast of Oregon and Pacific County in 2020, businesses had no way to predict what would come next.

'We could look empty, but be busy. And it’s lovely.'

Karla Jensen, the president of the Long Beach Merchants Association, said the consensus of local businesses is that this summer feels slower than the last. She also owns Mermaid Inn & RV Park in Long Beach.

“I, personally, on the hotel-side, have been getting quite a few cancellations saying that somebody in the family has COVID, or they have COVID or they’re afraid of COVID. So I would say it’s definitely still affecting our businesses,” she said.

Frequent pivots have left their mark on the way businesses operate on the North Coast.

“If there’s one thing I see across all businesses is that they’ve definitely become more adaptive, because they had to. And they found themselves doing things that maybe weren’t part of their original business or strategic plan,” said Jessamyn Grace West, the director of the Astoria Downtown Historic District Association.

In some cases, the changes businesses made to survive ended up setting them up for a more stable long term.

The Coast River Business Journal spoke with three businesses that made big changes in 2020 about how those changes panned out over two years into the pandemic.

Lisa Parks opened Brut Wine Bar at the end of 2019, with a cozy indoor seating and bar area that was not built with social distancing in mind.

She immediately switched to doing all retail, which allowed her to stay afloat until another business owner threw her a lifeline in the spring of 2021.

The city had approved several parklets — the ability to convert a parking spot to outdoor seating — including one at Merry Time Bar and Grill across the street.

“Todd and Terry (the owners) realized that they had plenty of seating, and I had none,” Parks said. “And that’s when I started doing outside seating, and it was life-changing. It was lifesaving.”

This summer, the indoor seating at the bar is open, but Parks has noticed that customers still prefer sitting outside on sunny days, year-round.

In July, the owner of Street 14 Cafe downtown built a covered parklet without city authorization that was ordered to be disassembled. The action led city councilors to indicate that they will revisit the parklet program, and its requirements.

“It does look like City Council is going to, at least at some point, define it a little better. Which is OK, to make sure that we have rules around it so we can’t just have everybody put something up,” Parks said. “So I’m hoping that it stays, because people love it. But that definitely was not helpful.”

Along with the parklet, taking the risk to expand her retail options during the social distancing requirements has benefited the business.

Parks said that though business has been successful, she’s thinking about COVID-19 more than ever. She’s a one-woman business, and is now serving twice as many people.

“At any point, if I got COVID, I’m closed for five to 10 days and that’s a huge loss of income. But you do what you have to do because you don’t want to make people sick,” she said. “But I think people are still thinking about it, and nervous. And still, for the most part prefer to be outside.”

In 2020, Alisa Burke became a local advocate for public health measures in Seaside. Her petition to declare a state of emergency in the city garnered hundreds of signatures.

As of August, she still hasn’t returned to in-person work.

Burke has been teaching art classes on the coast for over 15 years. Hosting art retreats made up a large portion of her income, where she got to spend days teaching people from all over the world.

When she began seeing the news of the pandemic, she announced early on that she would be taking a break from the retreats.

“I knew pretty quickly if I wasn’t teaching those five to six retreats, I’d need to creatively pivot to make up for that income lost in different ways,” she said.

Burke already had an online presence, offering virtual art classes. She leaned into it, and took some risks.

“This is going to sound like the opposite of like any advice most business people would give, but I felt like — ‘OK, this is a hard time …’ I lowered my prices. Which is something I always wanted to experiment with,” Burke said.

She started offering online classes for $5, and was able to make more money than before by attracting customers who had never taken an art class before.

Burke also expanded her presence on YouTube and Patreon, a subscription-based platform. She has over 20,000 YouTube subscribers.

“They’ve grown huge in ways I could never have even predicted. If it wasn’t for COVID, I probably wouldn’t have had time to do that stuff,” she said.

Even though she misses in-person art classes, she’s not ready to go back to business as usual.

“Art tends to attract people who are healing, who have maybe gone through stuff,” she said.

She said a lot of her clients at art retreats have been cancer patients celebrating finishing treatments, or people with disabilities.

“I just decided really early on: until I can offer a space where everybody can feel relatively safe from COVID — including myself, who has some underlying issues as well — I just don’t think it’s right for me to jump back in,” she said.

When the pandemic began, Chris and Jennifer Holen ran the numbers. They asked how many seats they needed to fill, and how much to charge per seat.

They decided to take a new approach to restaurant ownership entirely. In early 2020, they closed Baked Alaska, their restaurant of nearly 20 years.

“We chose to make that lifestyle change for ourselves, for our family, for our own mentality. We saw the writing on the wall. We paid attention to supply chain issues, staffing issues, all these things,” Chris Holen said. “We saw ourselves going broke … we decided we didn’t want to do that.”

“So, we decided let’s create, and I quote, ‘a pandemic-resistant business,’” he said.

The result was Nekst Event, a to-go, small menu spot with much more room to social distance than Baked Alaska. The restaurant specializes in pho, a Vietnamese soup.

All day long, customers who have already paid online walk in, pick up their food and walk out.

“We could look empty, but be busy. And it’s lovely,” he said.

Another unexpected difference between the two businesses is the year-round success of Nekst. With a mostly local customer base, they’ve seen steady income instead of the seasonal fluctuation they’d grown used to.

Another bonus has been that with no service, they haven’t needed to hire staff. They handle everything themselves, with the help of their teenage daughter.

Jennifer Holen said they still learn and make adjustments as they go.

They started the business with the concept of the to-go only option, then landed on pho as the main menu item, then looked back at the numbers at the end of 2021. They looked good, so they opted to close on weekends to spend time with their daughter.

Then, later in the year when the Astoria Sunday Market started back up, they chose to shift the schedule back to weekends. As of August, their hours are 10 a.m. to 8 p.m. on Fridays and 10 a.m. to 3 p.m. on Saturdays, Sundays and Mondays.

“We don’t want to work all the time. We did that for 20 years,” Chris Holen said.

They’ve begun incorporating other services, too. In February, they started offering ticketed private dining events. The first one sold out within three hours.

They set out to make a pandemic-resistant business, and Holen said he feels like they “nailed it.”

“The restaurant business is always such a struggle. There’s so many variables, obviously even before COVID,” Holen said. “But this, it’s just perfect.”