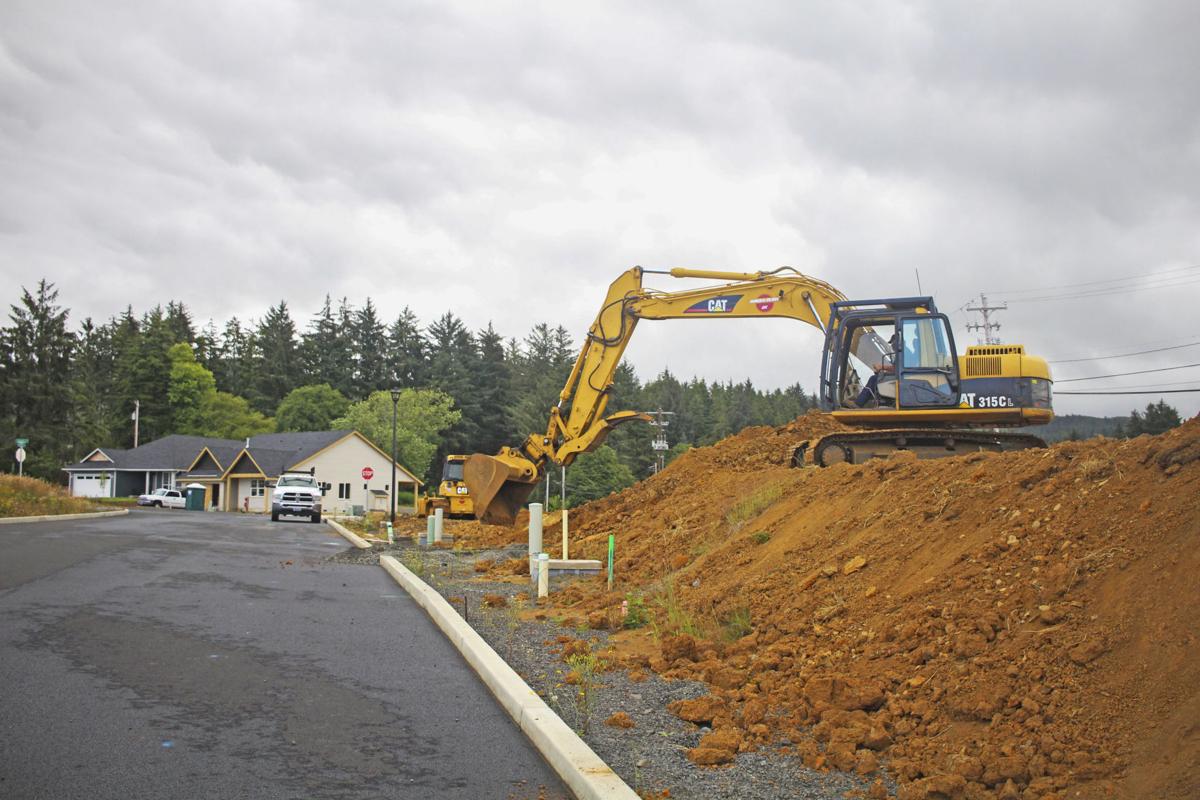 Contractors work on the Blue Heron Pointe subdivision in Seaside. 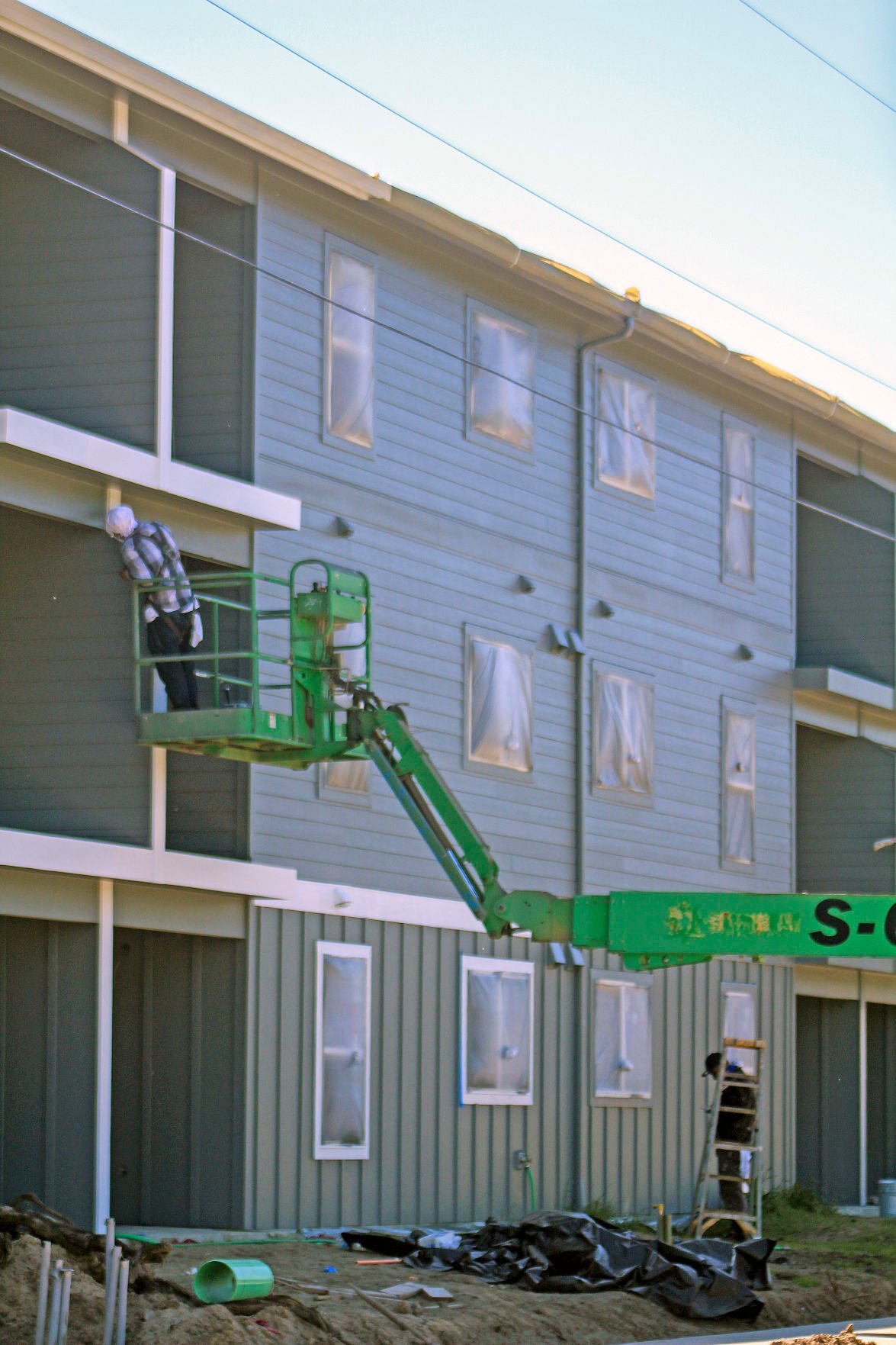 Contractors work on the Skipanon View Apartments in Warrenton.

Contractors work on the Blue Heron Pointe subdivision in Seaside.

Contractors work on the Skipanon View Apartments in Warrenton.

CLATSOP COUNTY — Construction projects briefly shut down when Oregon enacted restrictions in March to prevent the spread of coronavirus.

“We were midway through building three homes when most of the state shut down,” said Max Ritchie, a developer behind the 54-unit Blue Heron Pointe subdivision in Seaside. “Thankfully, we didn’t have to pause projects mid-construction. We were able to continue after a brief delay.”

Commercial and residential construction is fairing better than most during the virus, buoyed like real estate by high demand and activity.

Construction, which makes up about 6% of private employment in Clatsop County, lost around 130 jobs between February and May, when there were 880 such positions. Construction workers were only 270 of the 4,833 unemployment claims filed by county residents from March through June, said workforce analyst Shawna Sykes, and only about 100 of their claims have continued through May.

Construction companies in the county clawed back 20 jobs in May’s unemployment report from the state, although still down 140 from the same time last year.

Ritchie, who is also developing the Gearhart Meadows subdivision, noticed a brief slowdown in construction and said the market for imports like tile, appliances and light fixtures also got tight. But the market has stabilized, and it’s been business as usual.

“The most lasting impact is uncertainty,” Ritchie said. “There’s so much we just don’t know right now.”

The local housing market, driven in large part by people from out of town and state, moving, retiring and buying second homes on the North Coast, is still booming. Builders are still seeing a demand for and building mostly higher-priced homes increasingly out-of-reach for first-time buyers.

Ritchie recently raised the projected prices on the average home at Blue Heron Pointe from a range mostly below to above $350,000 because of what he said were rising development, material and labor costs. The subdivision already has full-time residents and several more homes under development.

“This is our community, and we know how badly housing is needed,” he said. “The prices reflect the going rate for quality new construction in Seaside right now.”

Mike Salsgiver, who heads the Oregon-Columbia branch of Associated General Contractors representing commercial construction firms, said the first concern they had in March was whether Gov. Kate Brown would shut construction down. Companies had to prove to state regulators that their job sites were safe.

“They characterized us as an example of how they would hope business would respond,” Salsgiver said of his industry’s safety guidelines.

That was not the case in Washington state, he said, where Gov. Jay Inslee took a much more aggressive approach on construction because of the state becoming a center of the epidemic in the U.S.

Commercial builders saw the same restrictions on supply, confusion over guidelines and some employees not wanting to come in because of the virus. But considering the economy went from white-hot to depression-level in six weeks, the impacts of the virus haven’t been too dramatic, Salsgiver said. He also noted that tenant improvements are going up as people take care of the buildings they have.

“We are starting to see some near-term and longer-term impacts as the economy has been hit so dramatically,” Salsgiver said. “We are seeing owners, project owners, the people that actually pay for the projects, making decisions now that are either deferring, delaying or canceling projects because they no longer make (financial) sense.”

A survey by the Association of General Contractors in June showed that construction was coming back to the same level as before coronavirus. The association also found that construction had added 158,000 jobs in June, although the continued recovery was dependent on more funding for public infrastructure projects.

“Many of the immediate economic impacts of the coronavirus have passed and, as a result, activity and hiring are up, a bit,” Ken Simonson, the association’s chief economist, told trade publication EC&M. “But while the immediate crisis appears to have passed, we are just now beginning to appreciate some of the longer-term impacts of the pandemic on the industry.”

The Astoria School District, which passed a $70 million bond in 2018 to reconstruct and improve their campuses, recently announced that work was ahead of schedule after students were emptied out of classrooms early because of the virus. Salsgiver said any future public projects, which make up about 40% of the commercial construction market, could be challenging with the state’s yawning budget gap because of the virus.

“It will certainly impact new starts,” he said of the virus. “Work in progress will probably — particularly if its 50% to 60% complete or more — you’re probably going to see those finish out for the most part. But things like hotel construction, shopping and office space, retail space, I think those are going to be affected down the road.”