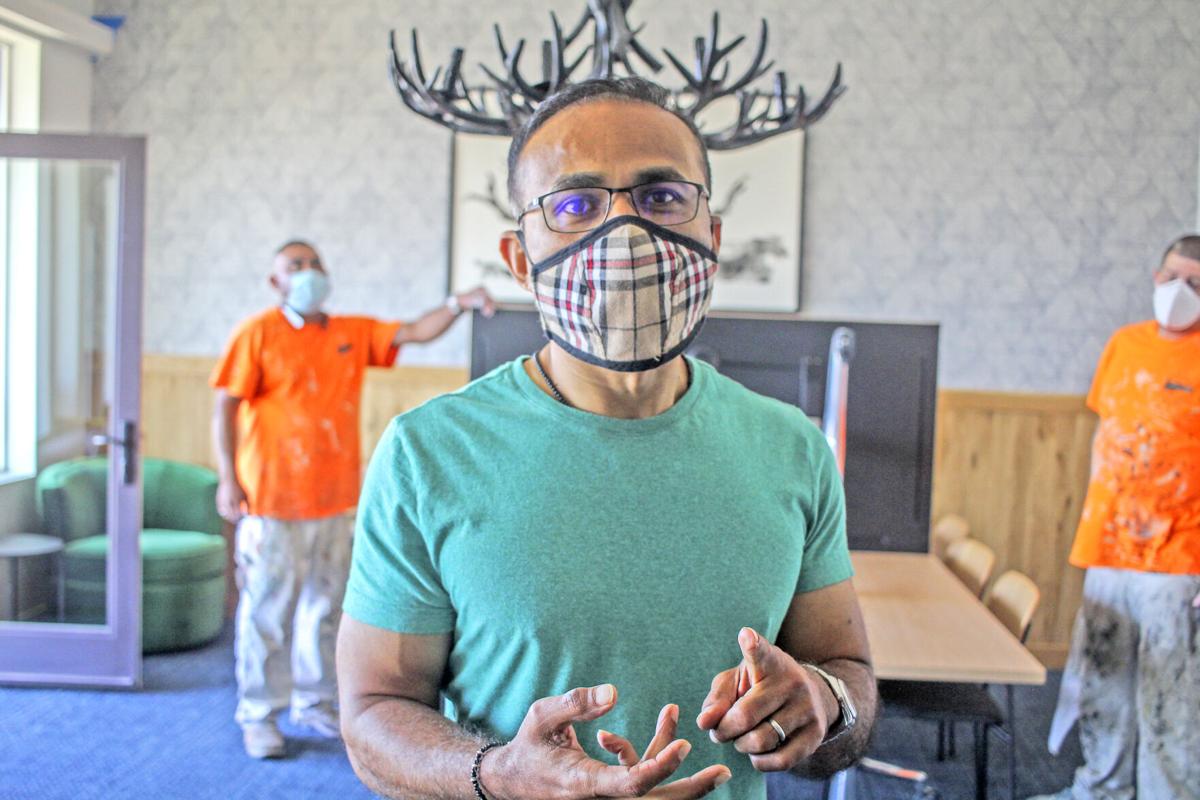 Hotelier Masudur Khan said he might not have proceeded with Saltline, his boutique hotel in Seaside, had it not been mostly finished before the coronavirus pandemic ratcheted up. 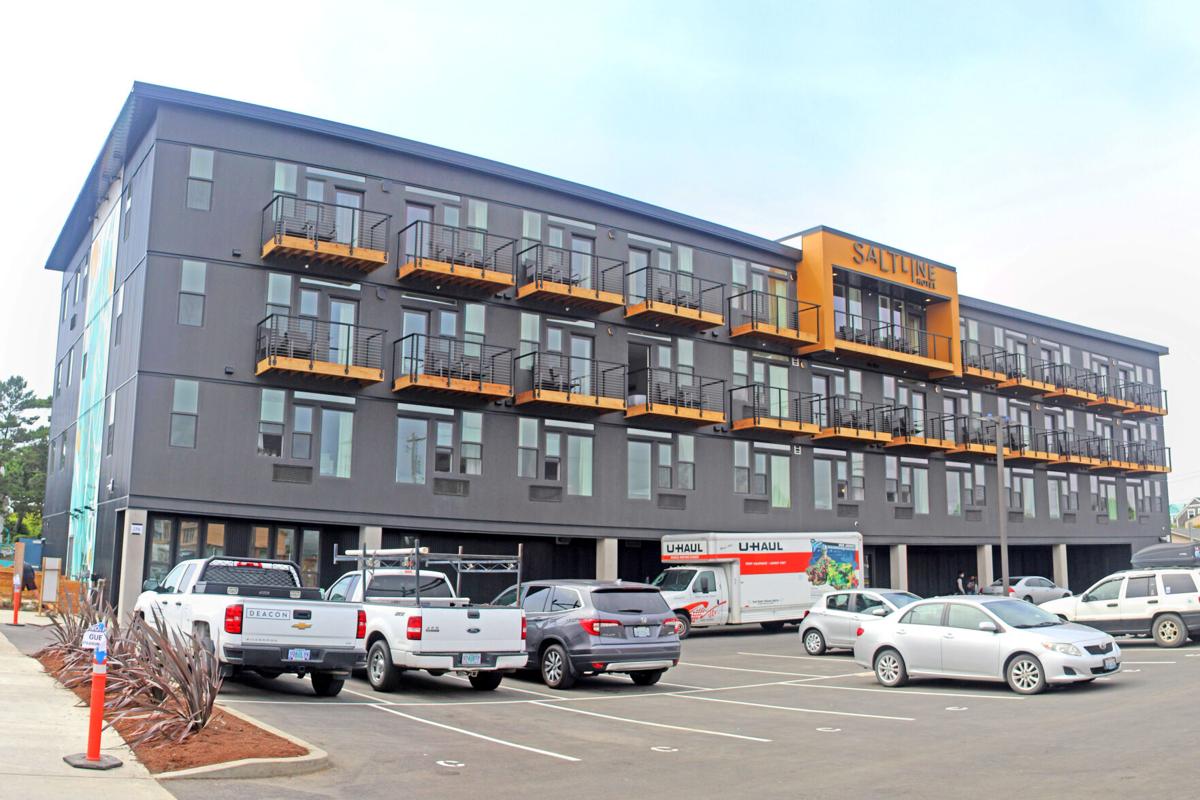 Masudur Khan recently opened the Saltline Hotel in Seaside during the coronavirus pandemic.

Hotelier Masudur Khan said he might not have proceeded with Saltline, his boutique hotel in Seaside, had it not been mostly finished before the coronavirus pandemic ratcheted up.

Masudur Khan recently opened the Saltline Hotel in Seaside during the coronavirus pandemic.

SEASIDE and ASTORIA — Hotelier Masudur Khan recently opened the 65-room SaltLine Hotel in Seaside, finishing several years of planning and construction. It’s a project Kahn said he might have delayed until after the coronavirus pandemic, had the building not been so far along.

Khan's concerns echoed those of other developers who, while still finishing their construction projects, predict a hesitancy in the future.

Hotel occupancy nationally dropped to around 22% by early April, according to real estate analytics firm STR. But hotel construction still reached record highs, with 220,000 units under construction across more than 1,700 properties that month. The market has since slowed but is still more than previous years.

The frame of Khan’s new $11 million, four-story hotel had already taken shape by the time the pandemic temporarily shut down the several other properties he and wife Taslema Sultana own.

“When it started in March, we were halfway done, right, so we have to finish it,” Khan said.

Tightening supply lines delayed the opening of the hotel. Khan has struggled to find enough employees, with the foreign student workers that help supplement locals blocked by travel restrictions.

“We are losing 15% to 20% revenue for the hotels,” he said of recent months. “That’s what I was kind of expecting. It could be worse, but it’s not enough for us to sustain in the winter.”

Khan said he and others are worried about another shutdown of lodging as coronavirus cases increase in Oregon. He has pushed the city of Seaside to do more in promoting social distancing and the wearing of face coverings to prevent the virus’ spread.

Khan said his project is more viable because it's pursuing an upscale market seen more in Cannon Beach, rather than competing for existing visitors.

“Competing with what we have right now, I don’t think it’s the right time to bring more rooms into the city until the pandemic situation is settled, because we are scared (even) as a strong hotelier,” he said. “I’ve been 10 years in the business, and I’m worried about my business future here. Because there are a lot of unknowns, and anything can happen. We kind of cross our fingers, hope for the best and plan for the worst.”

Mike Salsgiver, who as executive director of the Associated General Contractors represents commercial developers, said the impacts on construction haven’t been dramatic so far. He warned that the impacts would likely be longer-term.

“We are seeing owners, project owners — the people that actually pay for the projects to get built — making decisions now that are either delaying, deferring or canceling projects because they no longer make financial sense,” he said. “I mean, we went from a white-hot economy to a depression-level condition macro-economically in the space of six weeks.”

Jan Freitag, the senior vice president or lodging insights with STR, recently told online travel publication Skift that the firm expects a continual decline in hotel room construction for the foreseeable future with all the uncertainty surrounding coronavirus and the economy.

“We expect owners and lenders will continue to be very cautious when it comes to funding new projects,” Freitag said. “That then implies, yes, the projects under construction will continue to finish and open, but there will be a breather on projects that will break ground.”

Hotelier Mark Hollander, who had received approval in 2018 for a new four-story Marriott Franchise in Astoria, is fighting to continue his project after the city of Astoria denied him an extension of building permits. Hollander argued that the pandemic qualifies him for more time to finish the hotel in better economic times.

In their denial, city staff argued that Hollander received building permits 18 months before hotels closed because of the pandemic. They also noted two other future Astoria hotels — the Bowline near Buoy Beer Co. and a Hilton Home2Suites franchise near the New Youngs Bay Bridge on top of the former Bayside Sentry Market — still moving forward.

Hollander argued that no hotels had started construction since the pandemic began. Bowline, which is repurposing a former sardine cannery, was already in buildout by the time hotel restrictions came into place. John Ferguson, part of the Kansas City development team behind the Hilton, said his project is close to construction.

Ferguson credited his development group with already having the funding in place to build before the pandemic tightened banks’ purse strings.

“The covid caused some problems nationally,” he said. “That slowed the bankers down a little bit, but not for us. We’re funded. We’ve just got to step up and start construction.”

Looking a year out

The partners don’t want to open up in the middle of a pandemic, Ferguson said, but are hopeful the virus danger will subside by the time they hope to open shortly before next year’s busy season. A vaccine is expected early next year.

“What we have now is a socioeconomic thing about what’s going to happen,” he said. “Is there going to be a second wave before we can see the downtown in the numbers? We all believe this will eventually do like the (H1N1 virus) and kind of recede into just a distant memory.”

Ferguson echoed Salsgiver’s concern that future hotel construction projects could be delayed, with high vacancy rates in many office buildings as people work from home and avoid traveling to large urban areas. But people in the city are escaping to destinations like the North Coast, leading to a better market in places like Astoria, he said.

“I know the big cities are not where I want to be,” Ferguson said. I can tell you that.”