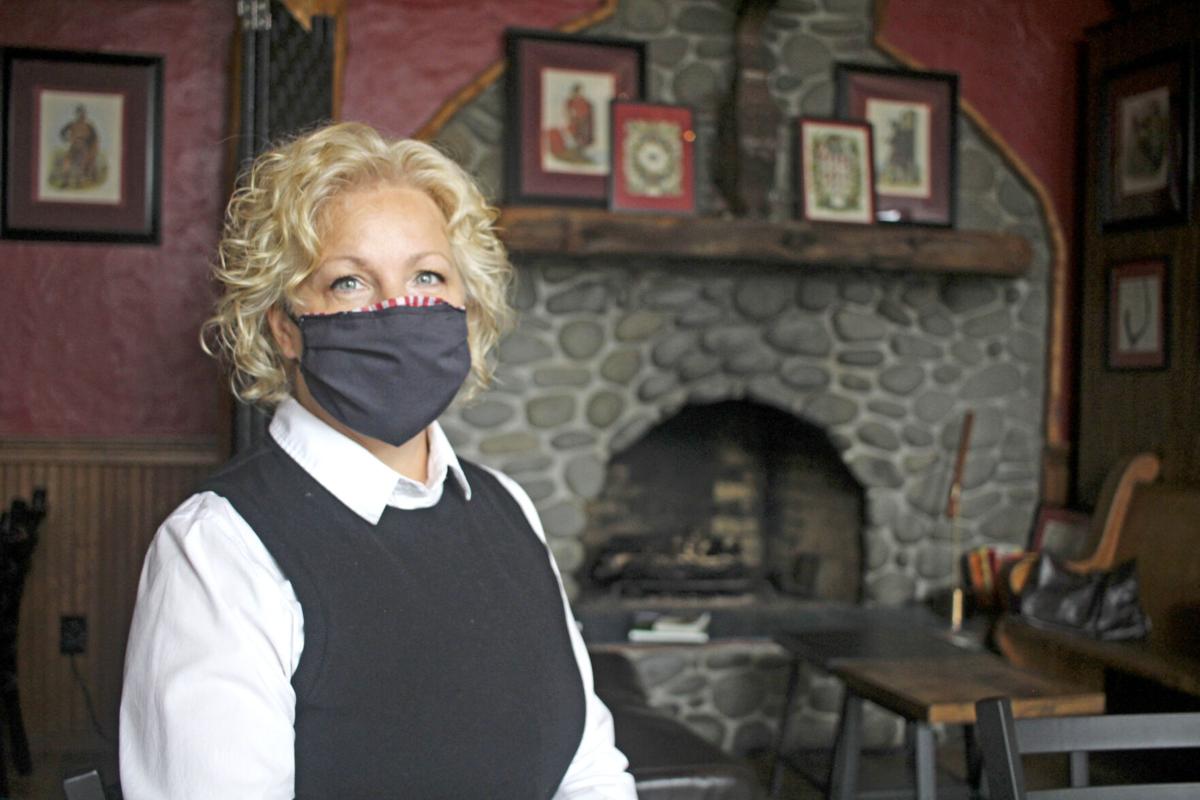 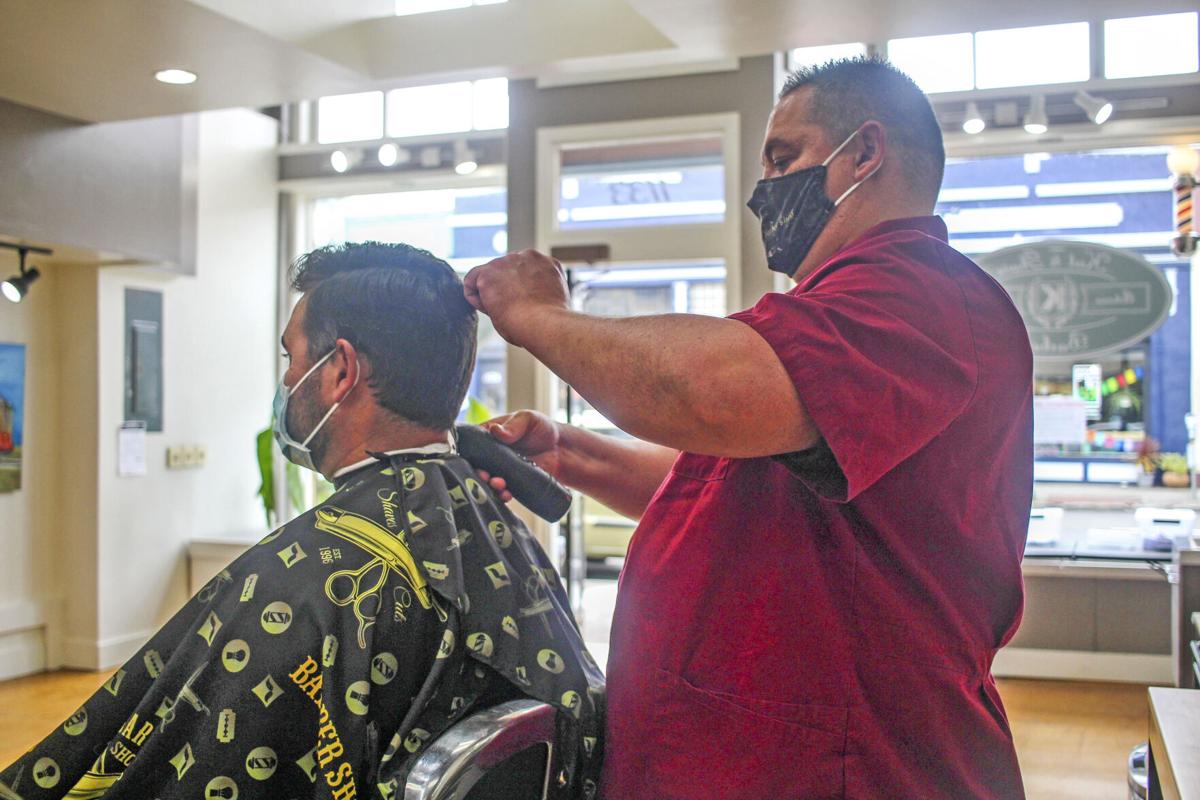 James Kincheloe, right, and his wife Vanessa, owners of Kut & Shave Barbers in downtown Astoria, received a relief grant of more than $3,700 from Clastop Economic Development Resources to help defer the costs of opening during the coronavirus pandemic. 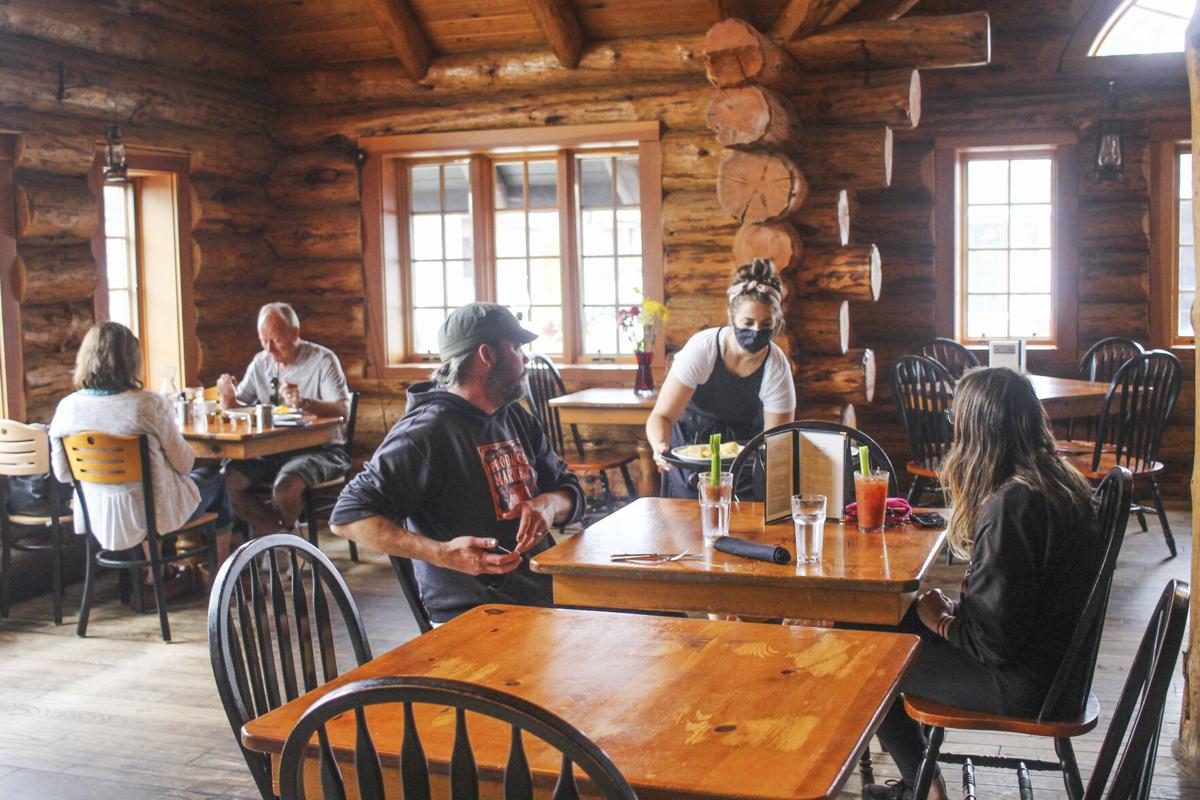 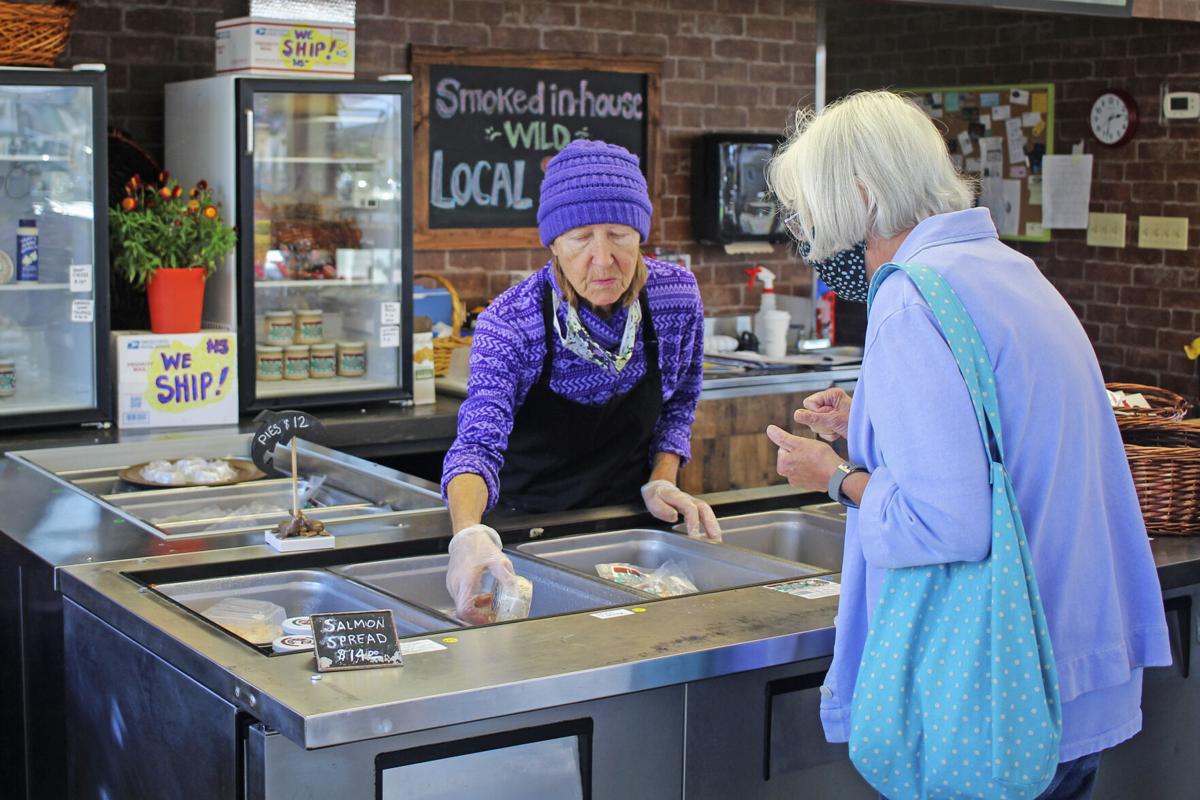 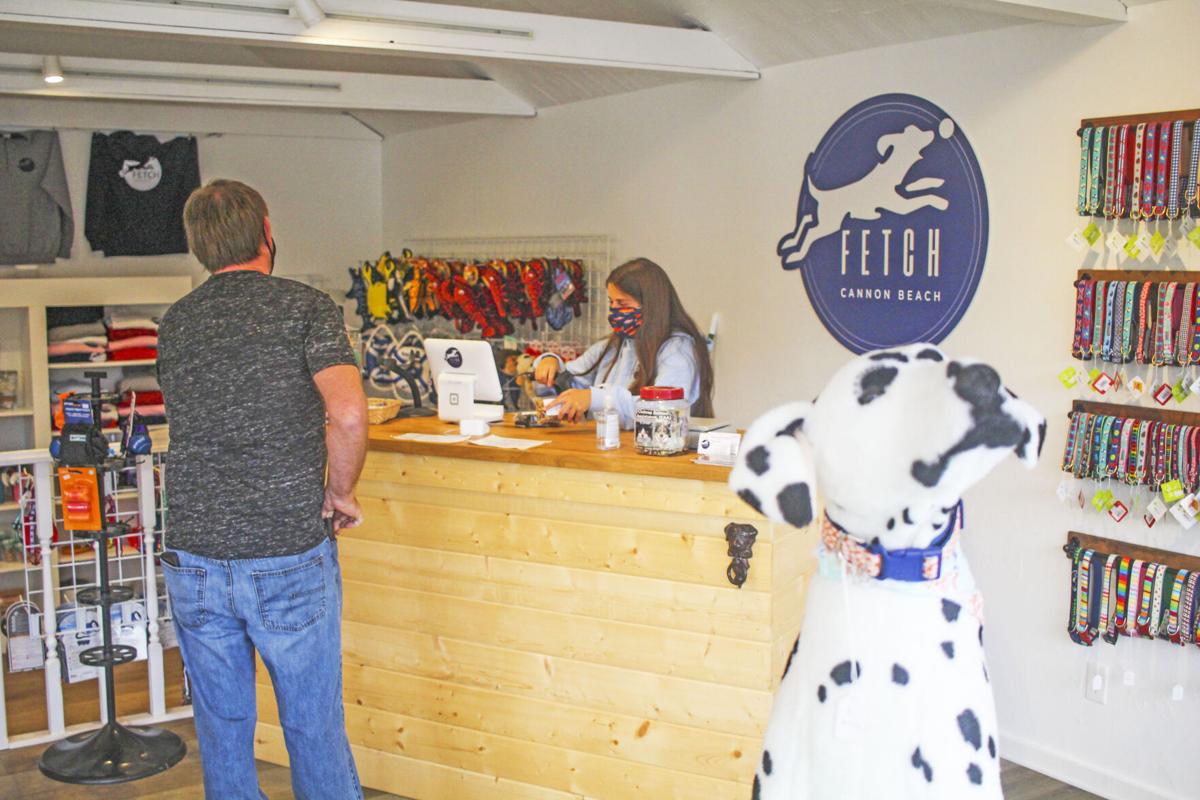 Fetch Cannon Beach, a new pet store, opened only a day before Cannon Beach closed itself off to visitors during the beginning stages of the coronavirus pandemic. The shop is now trying to salvage the summer.

James Kincheloe, right, and his wife Vanessa, owners of Kut & Shave Barbers in downtown Astoria, received a relief grant of more than $3,700 from Clastop Economic Development Resources to help defer the costs of opening during the coronavirus pandemic.

Fetch Cannon Beach, a new pet store, opened only a day before Cannon Beach closed itself off to visitors during the beginning stages of the coronavirus pandemic. The shop is now trying to salvage the summer.

CLATSOP COUNTY — Morris’ Fireside Restaurant, run by Tom and Susan Morris in Cannon Beach for 47 years, recently joined nearly 16,000 restaurants food review site Yelp estimates have closed down since the coronavirus pandemic hit the U.S. But just as quickly as they shut down, the owners of the whiskey bar they subleased to took a chance and expanded.

Local business leaders haven’t expressed much concern heading into the height of tourist season but agree things could get dire with more virus restrictions of when things get lean in winter.

Kevin Leahy, executive director of Clatsop Economic Development Resources, said that while coronavirus has eviscerated certain businesses like restaurants, others such as retail have done well, and hotels have been filling up again since restrictions lapsed.

“Businesses that have balanced brick and mortar with online are doing well,” he said, pointing to small businesses like Beach Books in Seaside and Pat’s Pantry.

Jim Paino, executive director of the Cannon Beach Chamber of Commerce, acknowledged some restaurant closures such as Morris’ Fireside Sweet Basil’s Cafe, the Surfbird Cafe and the Irish Table related to the coronavirus. But Paino said he has so far noticed just as many new businesses opening, including MacGregor’s, pet store Fetch Cannon Beach and Child’s Play, a children’s craft center. The Irish Table owners moved north and reopened as The Table, refocusing on to-go breakfast and lunch items.

“Most of the businesses are doing what they can and following their protocols and safety measures, so I think we’re doing really good on that aspect. And it’s kind of becoming the social norm to wear your mask everywhere now, so we’re doing a lot better as far as that goes.”

Morris’ Fireside initially closed in March when Gov. Kate Brown stopped indoor dining to limit the spread of the virus. But like other business owners, the Morrises had multiple reasons for closing that were exacerbated by the virus.

“Shortly after we closed for that, I had to go to the hospital for 12 days,” Tom Morris, 77, said. “Coming out, I just didn’t have the energy anymore to tackle all the problems created by reopening. So it just worked out great with (MacGregor’s) taking over.”

Holly Lorincz-MacGregor started MacGregor’s Whiskey Bar in Manzanita with her husband Chip MacGregor in 2017 and leased a side lounge from the Morrises last year for a Cannon Beach location. The whiskey bar in Manzanita has been limited to two tables inside because of virus restrictions, she said, making it impossible to make enough money and keep their staff when the rain closes the back patio. The old Morris’ Fireside Restaurant provided a turn-key restaurant with space year-round.

“We knew over the long run that we were going to have to be bringing in more money in order to be successful,” she said. “We didn’t want to just stay afloat. We wanted to definitely make sure that this is long-term successful.”

It took a while for people to catch on when they opened in June, she said, but by the second weekend the restaurant was packed with visitors who had few other places to eat breakfast in Cannon Beach.

Putting downtime to use

In Seaside, Kris Casebar had hoped to open Salmon River Smokehouse, her indoor market inside a former Subway restaurant on Columbia Street, in February before the tourist rush. Then hotels closed down, leaving her with little business anyway.

“It was pretty scary here in May,” she said of Seaside. “The town was dead.”

Casebar used the down time created by travel and lodging restrictions to spruce up the building before opening in July. Since opening, she said, the shop has been well-received and is doing a decent business.

Coming to the beach

Brian Owen, executive director of the Seaside Chamber of Commerce, sees the entire region as benefiting economically from a stunted global tourist season.

“What we’re seeing with the traveling population is families are … either not able to fly, or they’re choosing to not fly,” Owen said. “Hawaii is closed. Europe is closed. All of these families that typically get into a plane and go to a destination for a vacation are now choosing to drive four to six hours. And Seaside, Cannon Beach, Astoria, we all are benefiting from that on an economic standpoint.”

Adjusting to the rules

David Reid, executive director of the Astoria-Warrenton Area Chamber of Commerce, said businesses are operating much leaner, building cash reserves and wondering how fall will go, but that it’s actually not a terrible time to start a business.

“You’re opening up with a set of rules in place,” he said. “You don’t have to change your business model after opening, after getting your customers used to how you do business.”

Vanessa and James Kincheloe, who had planned to open Kut & Shave Barbers on Commercial Street in Astoria in February, instead opened in May during the pandemic, requiring masks, prebooked appointments and stricter sanitation standards.

“People are definitely still interested in getting their hair cut,” Vanessa Kincheloe said. “We’re seeing less people in a day than we would have if it was still just a walk-in, because traditionally barbershops have been walk-in services primarily.”

Making it through the winter

The chamber directors agreed that another closure of businesses because of expanding virus cases would be a fatal blow too many. They also expect more closures come wintertime, when the tourists thin and rent becomes harder for some businesses to make.

Most businesses in Seaside Owen’s spoken with seem to have found arrangements to make it through the winter, Owen said, although more might close temporarily than usual during the slower season.

“If there was a complete shutdown again, I don’t want to think about it,” Owen said.

Reid expects another round of business mergers and closures because of a shutdown or a slowdown in tourism. Landlords will have to work with business owners who might struggle this winter, he said.