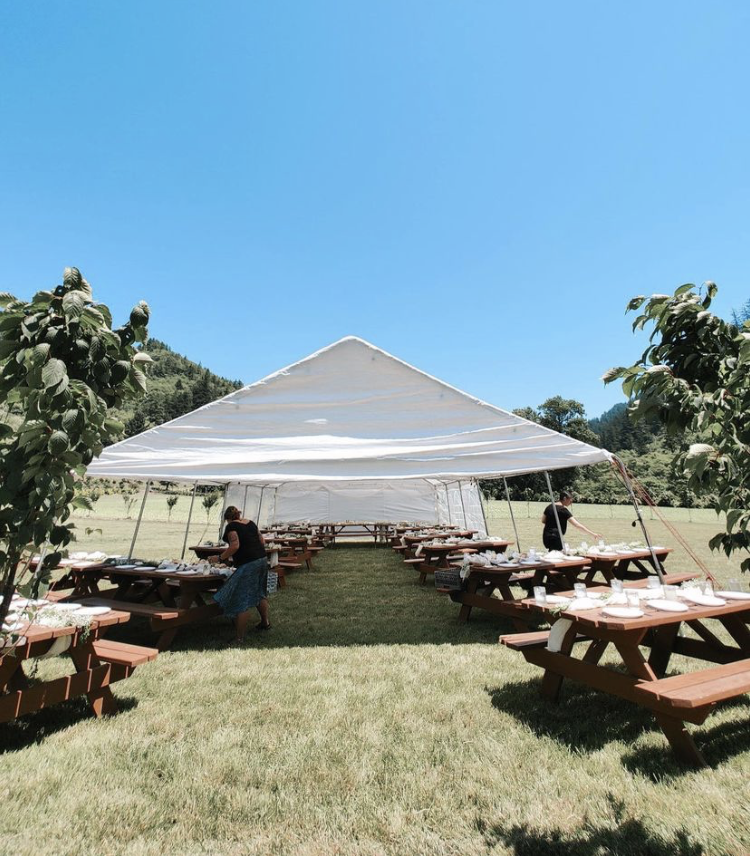 A wedding set up by Niblack Events. 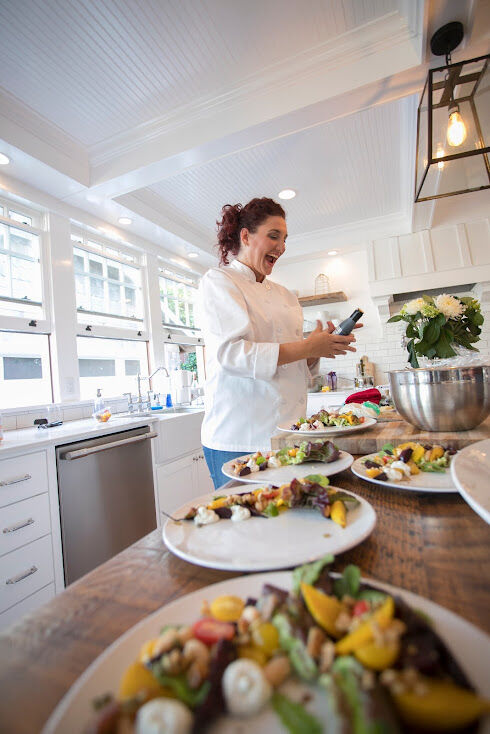 Destiny Deras of The Culinary Concierge at a private event in Seaside. 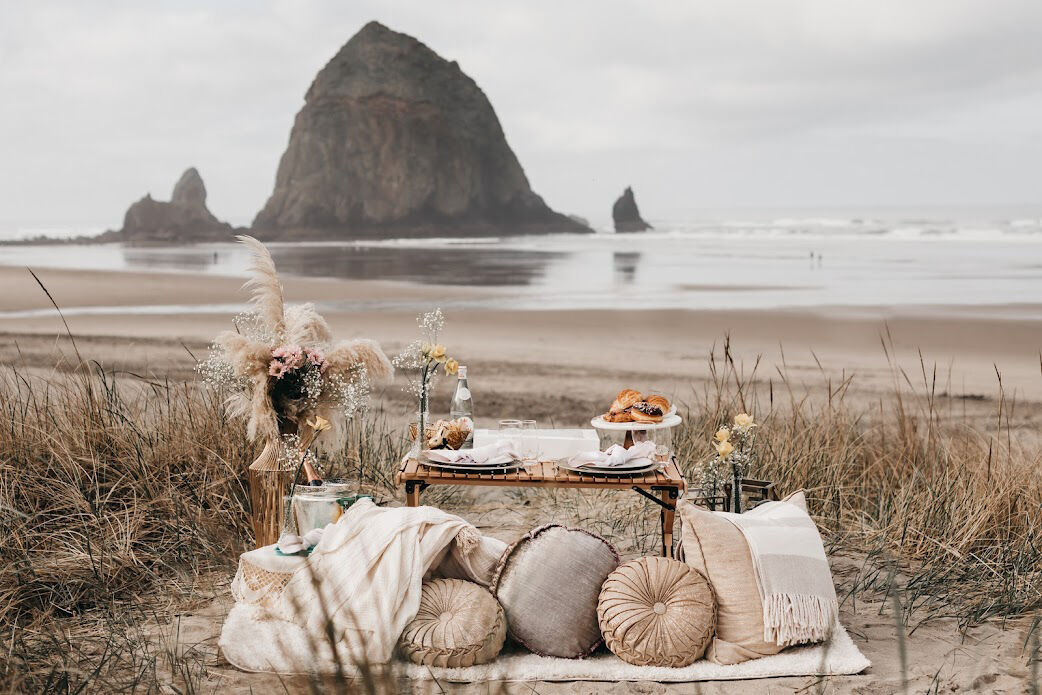 The Culinary Concierge set up a beach proposal picnic at Haystack Rock. 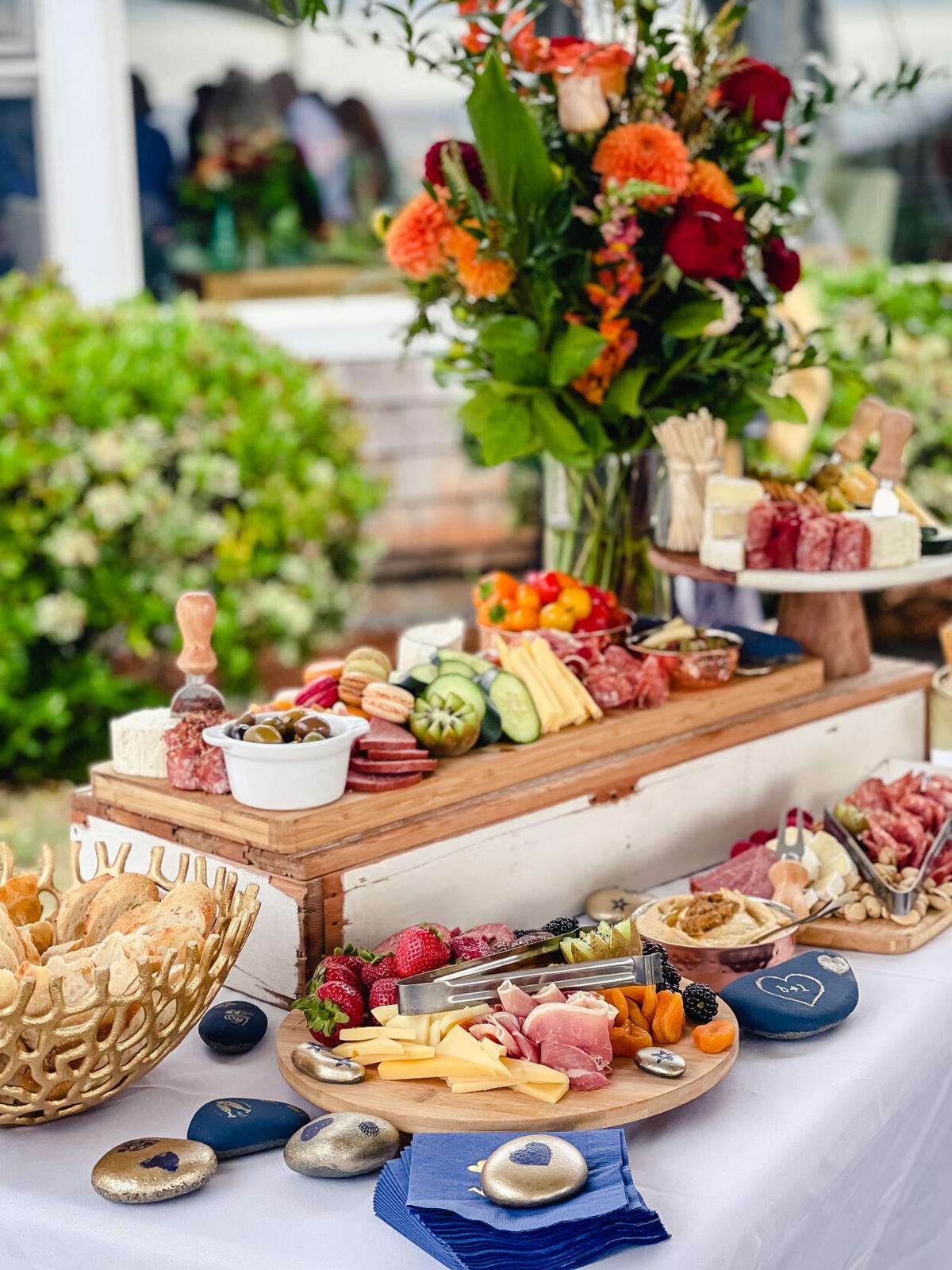 The Culinary Concierge set up a charcuterie grazing board for a wedding in Arch Cape. 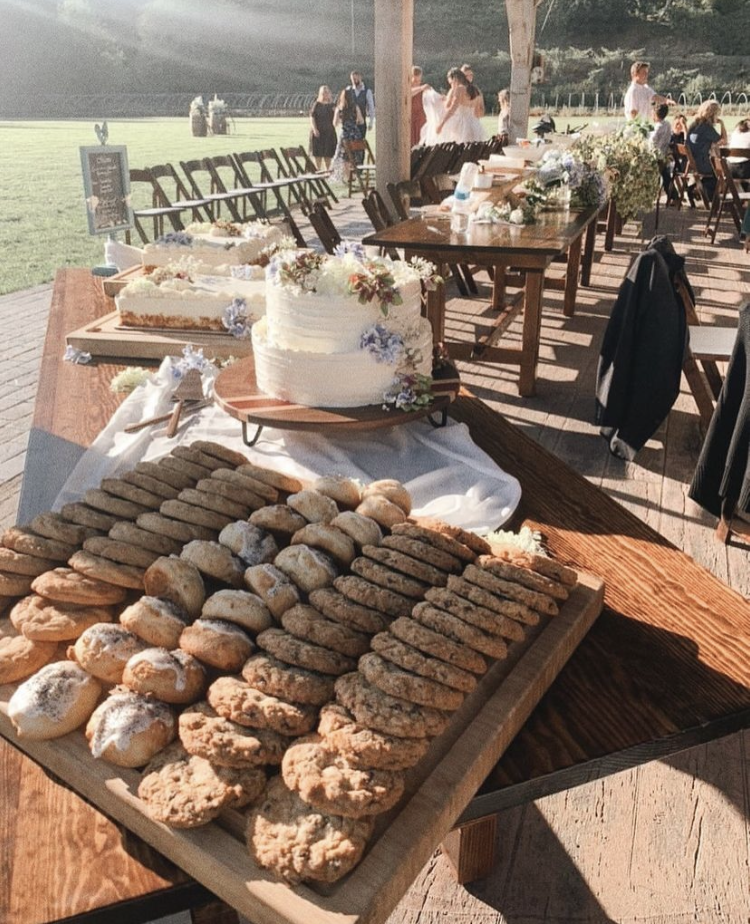 The desserts at a wedding Niblack Events put on in Tillamook. 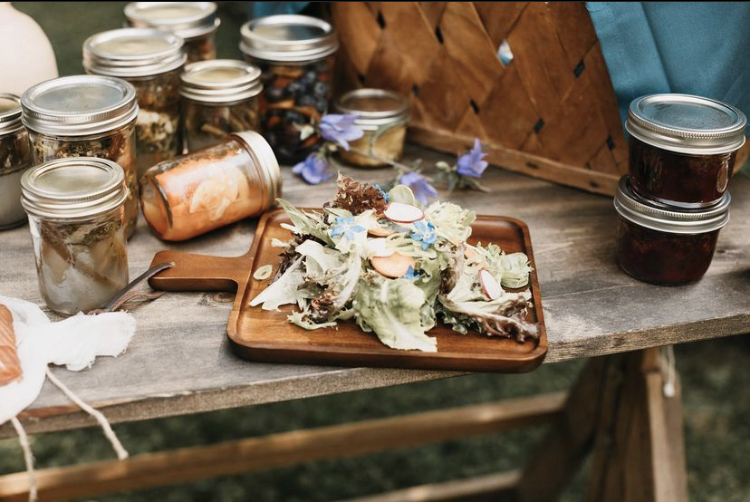 Doug Niblack is passionate about food. 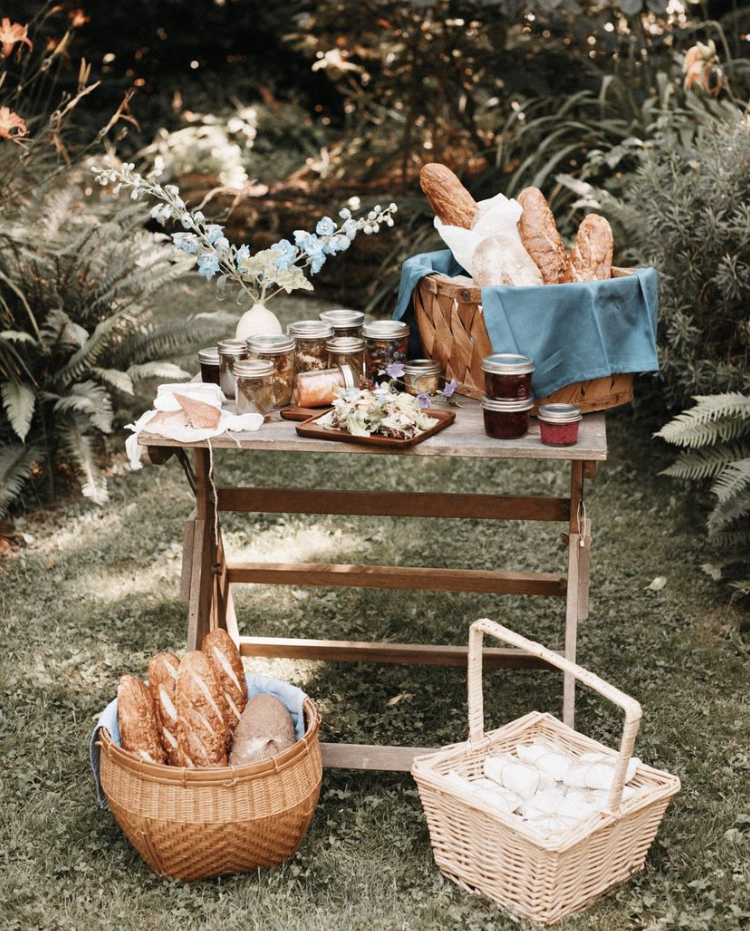 A picnic set up by Niblack Events. 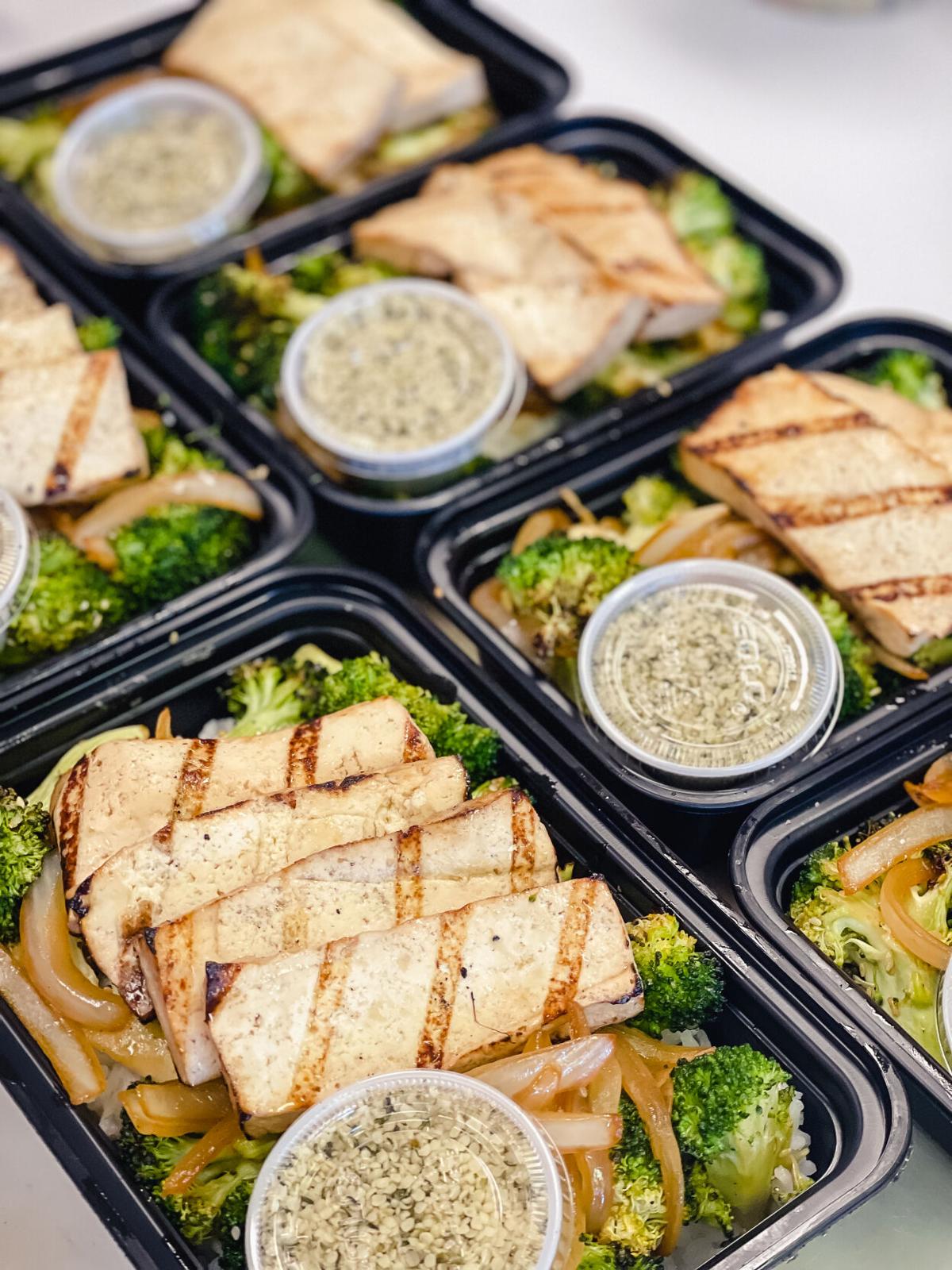 One of The Culinary Concierge's Method Meals, featuring grilled tofu, broccoli and rice.

A wedding set up by Niblack Events.

Destiny Deras of The Culinary Concierge at a private event in Seaside.

The Culinary Concierge set up a beach proposal picnic at Haystack Rock.

The Culinary Concierge set up a charcuterie grazing board for a wedding in Arch Cape.

The desserts at a wedding Niblack Events put on in Tillamook.

Doug Niblack is passionate about food.

A picnic set up by Niblack Events.

One of The Culinary Concierge's Method Meals, featuring grilled tofu, broccoli and rice.

During the pandemic, when building capacities have been limited and virtual meetings are abundant, event-based businesses on the North Coast have had to adapt.

Doug Niblack got into event planning at the beginning of 2017 when he started coordinating with other private businesses and chefs. He would organize an event through his business, Niblack Events, and ask a chef to take a day off and offer to pay more than the restaurant would.

“A lot of businesses don’t have the capacity to do private events so I would say, ‘Here’s the menu and here’s when you show up,’” Niblack said. “But I realized I was putting a burden on those chefs’ kitchens.”

So, he and the owner of Decadence & Bliss decided to open a communal kitchen in Seaside called Spruce Blossom Kitchen.

He and his business partners found the space for the kitchen and started renovating.

“We had a vision and all this labor lined up … and then COVID hit,” Niblack said.

At the start of the pandemic, Niblack couldn’t imagine putting on events. His head chef was working on a diving boat at the time, so Niblack joined him for a year as a commercial diver.

“There’s no better social distancing than that,” he said.

During the day he would dive and make connections with local fisheries, and at night he and his business partners would rip up concrete, put in equipment and build out the kitchen.

By March, he decided it was time to open the kitchen and do events safely. His goal was to minimize exposure to the coronavirus, so he focused on setting up events for groups so they would stay together and not spread out across the community.

“I said what’s safer, 120 people on the beach having a ceremony and then spreading out across businesses and hotels, or should we be feeding them all and giving discounts to make it worth their money and time to do all this stuff together?” Niblack said.

He also decided to keep his staffing level low in order to avoid exposure, so instead of plated entrees that take five times the amount of staff to do, he pivoted toward family-style dishes. To make room for floral arrangements and decorations on the tables, he displayed the food on elevated boards at a table.

He’s learned to roll with the punches.

“Every event is unique so we have to do pricing and product research for every event,” Niblack said. “So while supply chains are affecting everyone, for us we have supply issues every day.”

He used to be able to tell clients he could get items like truffles, caviar or beeswax, but now he tells them he’ll do what he can and asks for their patience.

“That’s what the whole business community would ask for is patience,” Niblack said.

Niblack said he took a huge loss in 2020, but this year has been his best ever.

“It was almost double the business we thought we were going to get,” he said. Now, he has his own team of chefs and still coordinates with local private chefs, too.

With the high demand, he’s been able to choose which events he agrees to do, and turn down others he thinks wouldn’t be as safe during the pandemic.

Destiny Deras, the owner of The Culinary Concierge, has been in the food and wine industry for over 25 years and spent time as a winemaker in the Willamette Valley and across the world.

“Through the course of that, I expanded my appreciation for all things culinary and wine-related,” Deras said.

She moved to the coast in 2014 to embrace small-town life and connect with others involved in the culinary scene, with a vision of creating special food and wine experiences for clients.

After working with private chefs and caterers in the area, she decided to start her own business, The Culinary Concierge, in 2018.

“Our mission is to really help bring families together around the table to have intimate moments together and have really good food that they wouldn’t have elsewhere on the coast,” Deras said.

When the pandemic began, Deras saw a need to help local people get access to convenient, ready-to-eat, healthy meals. Cannon Beach reached out to her about providing meals for elderly and immune-compromised people who could not leave their homes, so she partnered with the city to deliver meals in the area.

“We thought, ‘People aren’t gathering and everyone’s scared and locked in their homes. What can we do to keep our lights on and meet the community’s needs?’” Deras said.

She coordinated with local producers and came up with a meal preparation business, Method Meals, which offers sugar-free, vegetarian, gluten-free meals delivered directly to a client’s home.

She’s been able to adapt her in-person special events to safety guidelines, as well.

“It was frightening at first but I’m definitely one of those people who works really well under pressure,” Deras said. “Once regulations started getting lifted and people started gathering again everybody noticed one of the hardest-hit industries besides hospitality and restaurants was the wedding industry.”

Weddings in 2020 were postponed or pared down, and it started a trend of mini ceremonies, or what Deras calls “minimonies.”

“Because of COVID and accentuated by Instagram, people got away from big elaborate 200 people-plus weddings and did elopement style from two to maximum 30 people,” Deras said. She’s been working with photography groups that specialize in elopements.

Deras has been putting on beach picnic weddings with tables, pillows, rugs, China and decorations right on the beach.

She said she doesn’t know what the future looks like, but she thinks the pandemic has helped people prioritize their families and the people who matter most to them.

“When they’re cut off from family and friends and their social networks, they realize how important it is to have those relationships,” Deras said. She added her business is meant to provide special moments for those relationships over food and wine.

Clatsop Economic Development Resources recognized Deras for all that pivoting in its 2021 awards. Deras won as the business leader of the year for a new business.

“To receive that in a time when food service and hospitality are barely hanging on by a thread definitely means a lot,” she said.