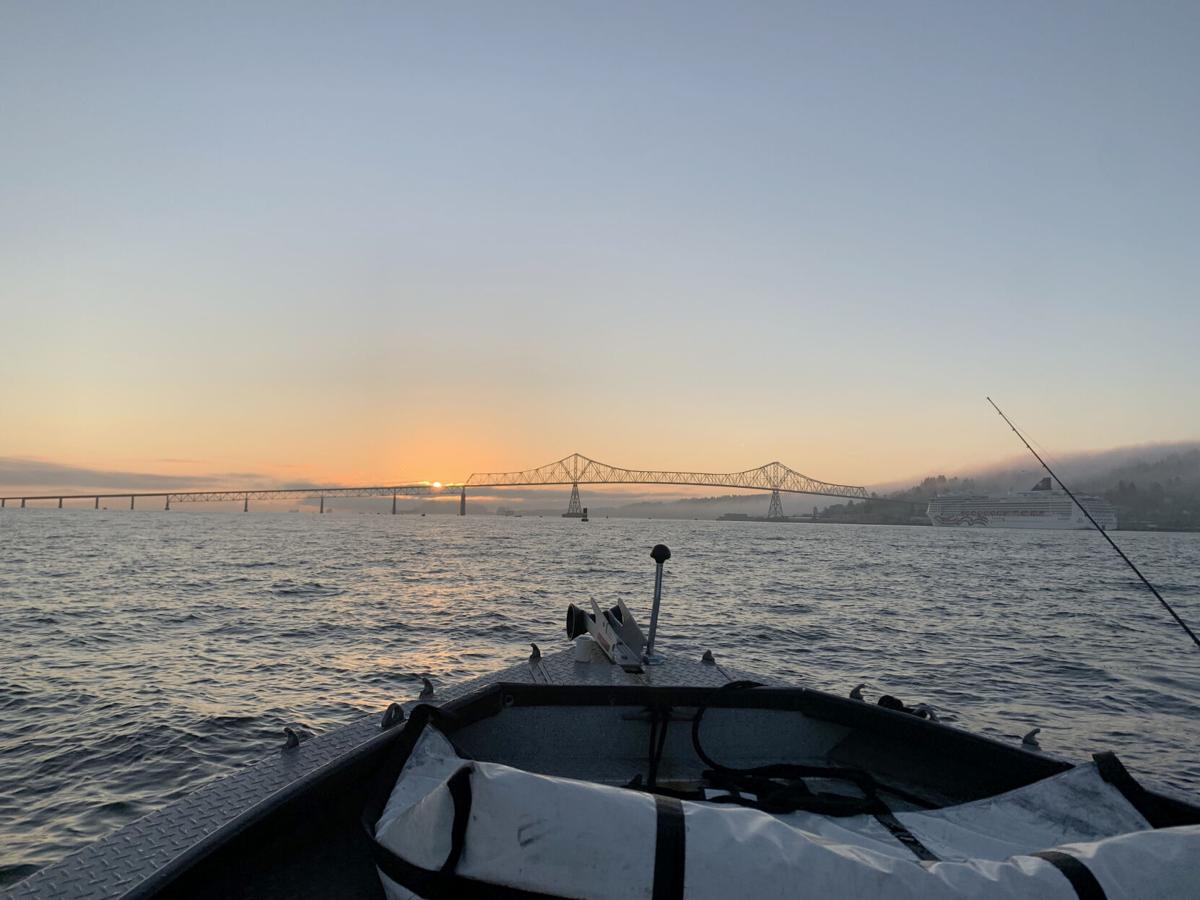 The boat heads east as the sunrise shines through the Astoria Bridge. 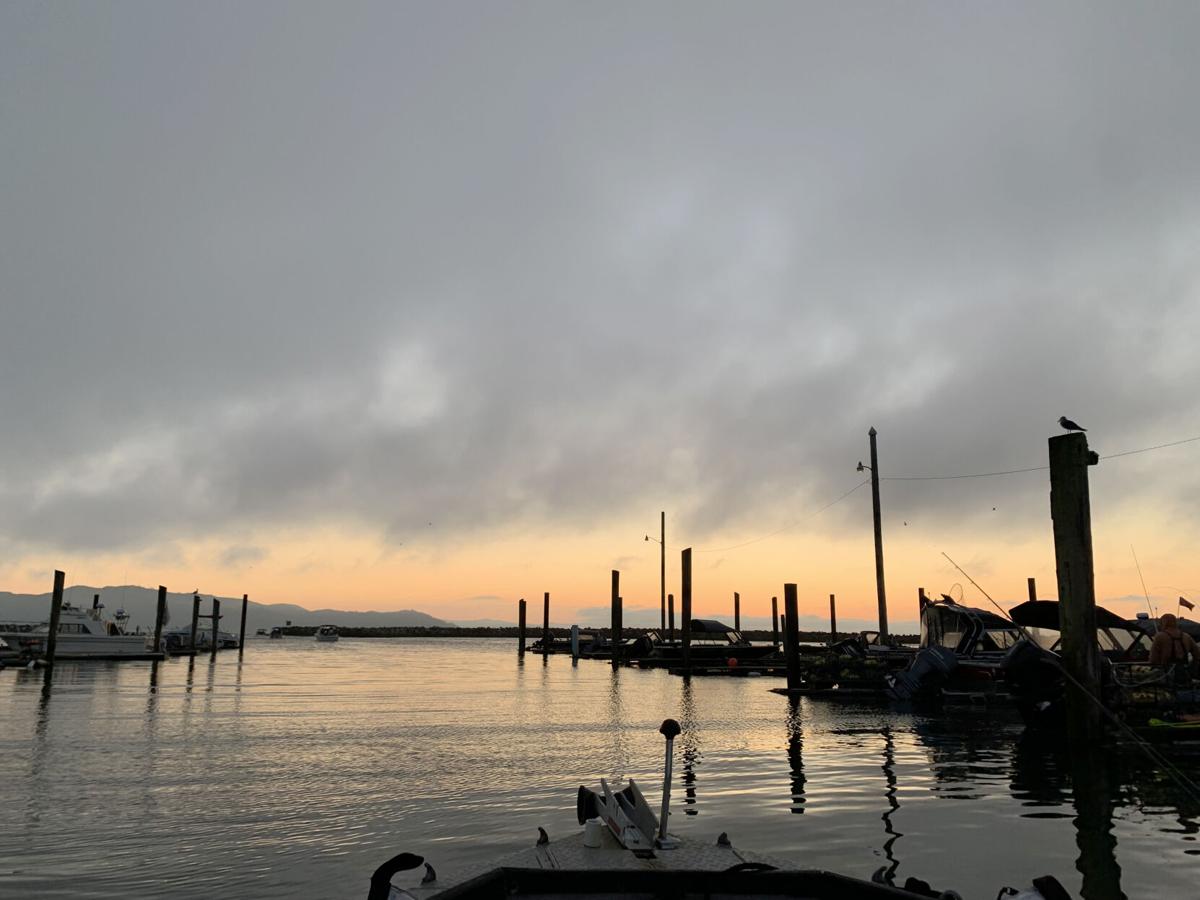 A fishing boat leaves the Hammond Marina at sunrise in late August. 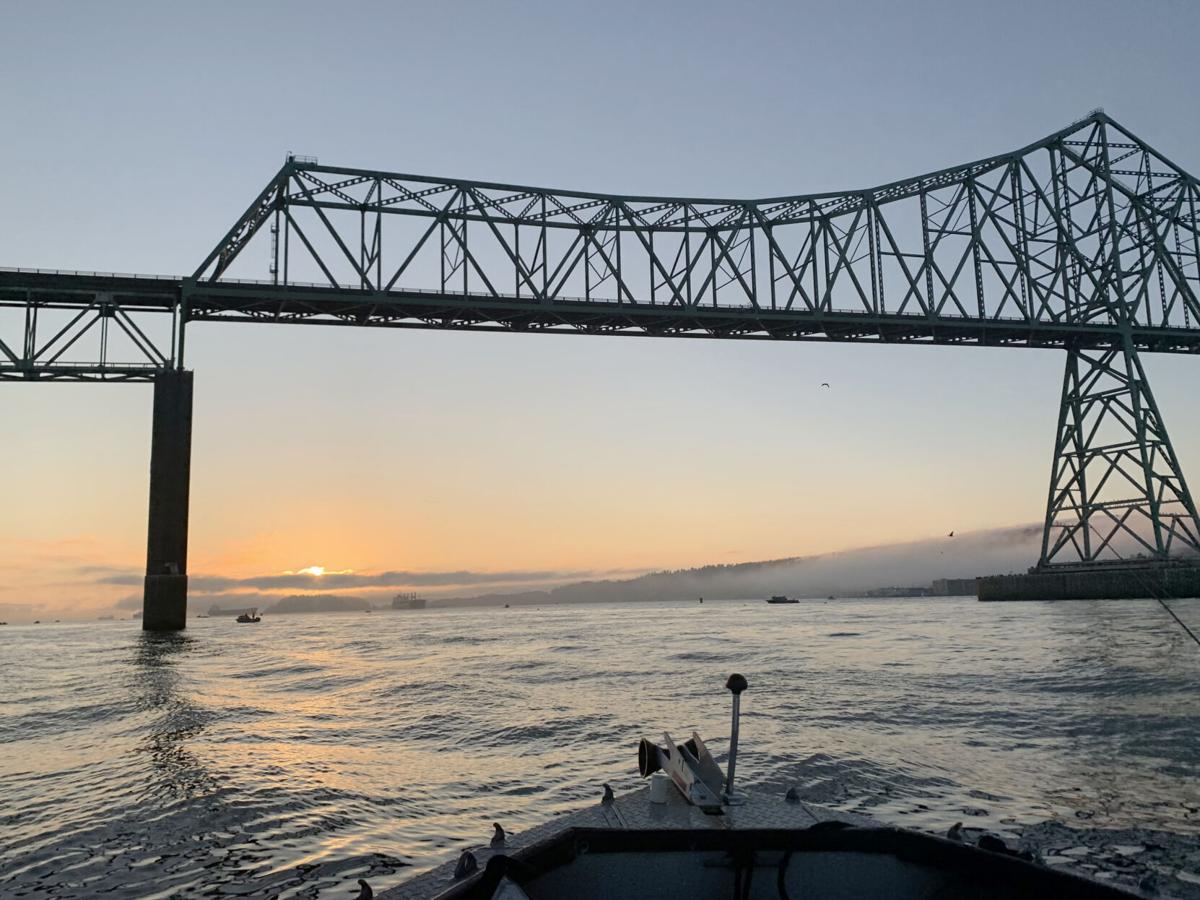 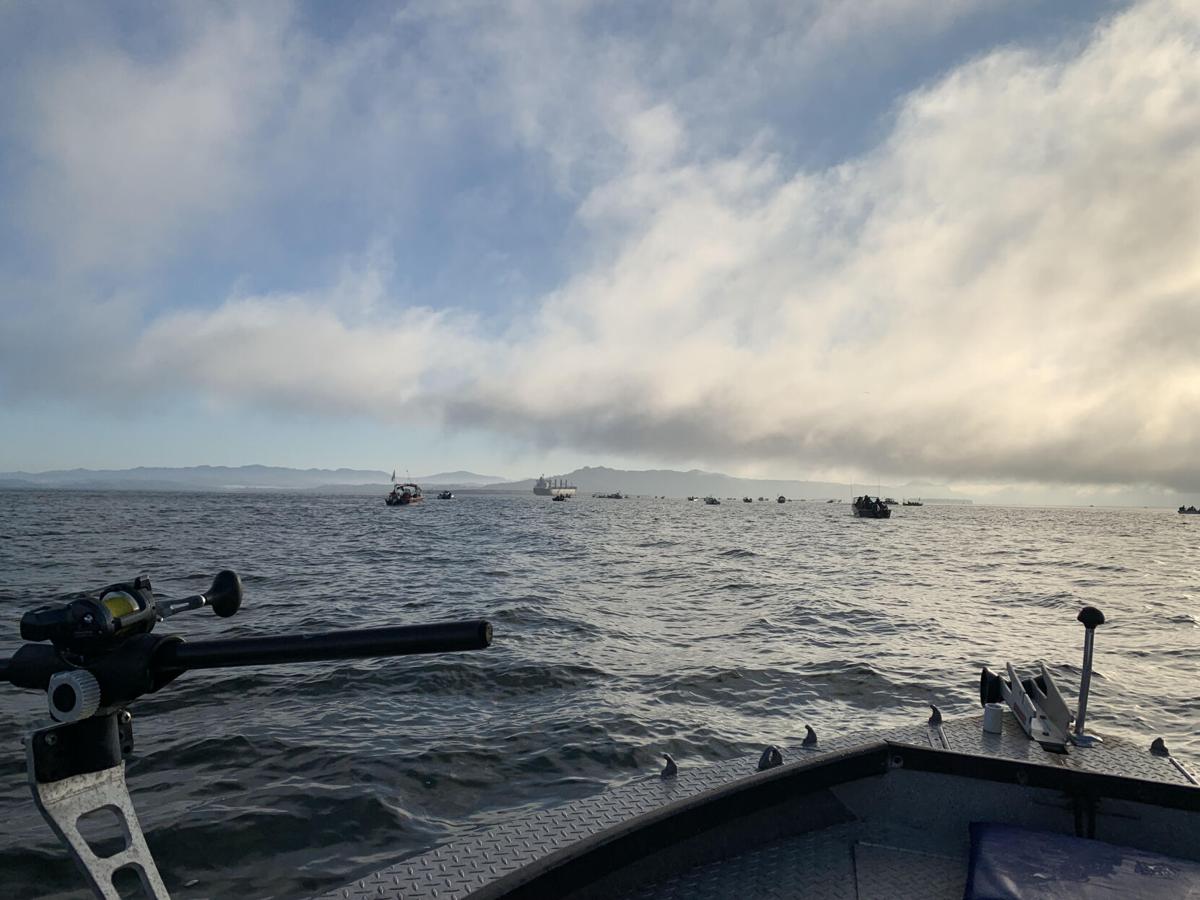 Fishing boats were scattered across the Columbia River east of Tongue Point and Rocky Point. 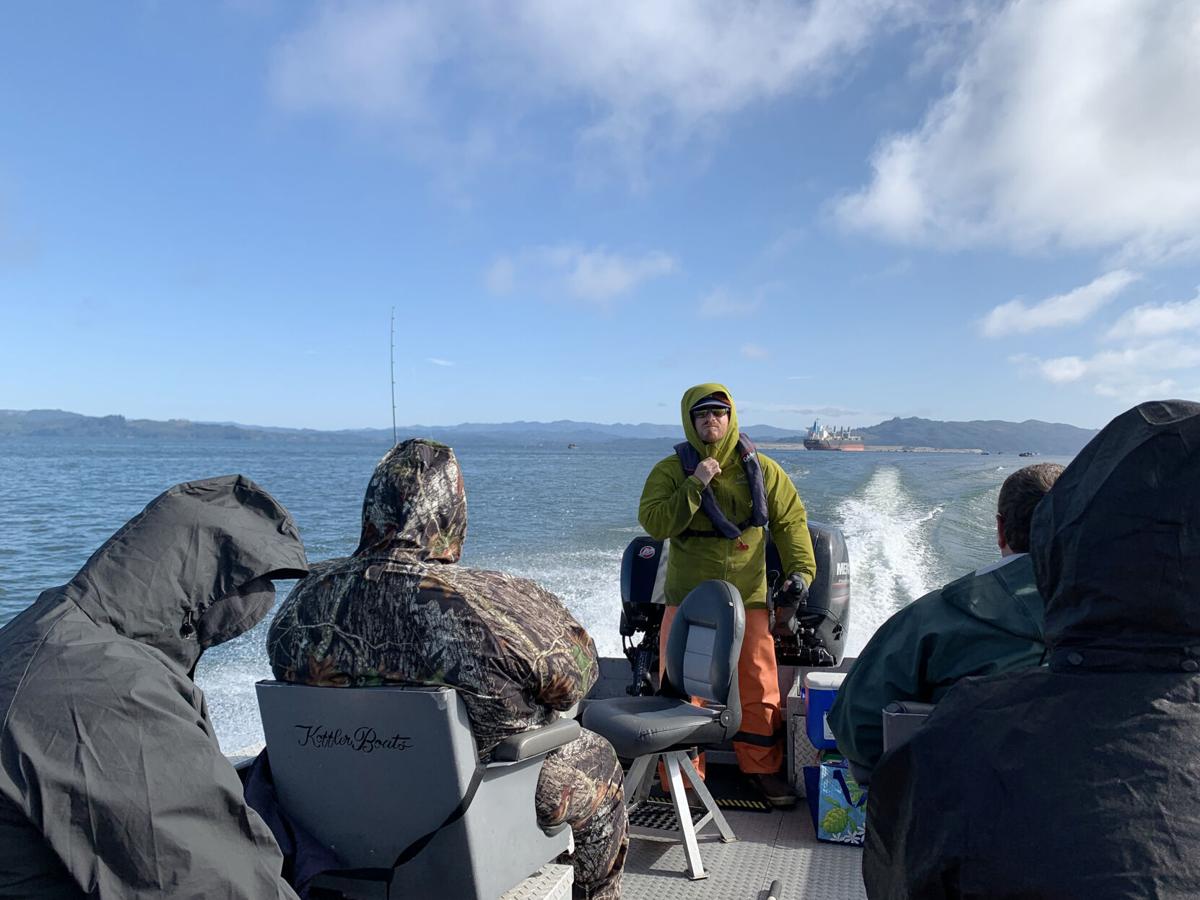 Dustin Kriebel drives the powerboat through the wind and waves to head back to the Hammond Marina.

The boat heads east as the sunrise shines through the Astoria Bridge.

A fishing boat leaves the Hammond Marina at sunrise in late August.

Fishing boats were scattered across the Columbia River east of Tongue Point and Rocky Point.

Dustin Kriebel drives the powerboat through the wind and waves to head back to the Hammond Marina.

The rising sun scatters light through the Astoria Bridge as the hopeful fishermen make their way east from the Hammond Marina.

The Columbia River greets them with a light spray as the powerboat drives through the wind, waves and wakes of other boats. Much of the city is still sleeping on this early Sunday morning in late August, wrapped in fog.

Dustin Kriebel, the owner of Drift Northwest Fishing, guides the boat past Tongue Point, where his clients will have a chance to catch one wild or hatchery Chinook salmon each.

Kriebel provides them all with rods, reels, bait and tackle. The experienced fishermen start lowering their bait and hooks 50 feet down while Kriebel assists those newer to the sport. Once set up, they sit back and take in the views of massive cargo ships and the rippling water reflecting on the sides of neighboring fishing boats.

Then, a rod tip starts to dip and wiggle — a sign of a bite! The fisherman jumps up and reels in, putting his strength into it while the salmon on the other end attempts to get away. With a big pull up as high as he can, he lifts a big hatchery Chinook into the air and Kriebel catches it in a net.

After another catch, Kriebel and his clients head back through the choppy waters to Hammond. They drop off the fish and the fishermen who caught them and head out to Buoy 10 in hopes of catching hatchery coho salmon.

“There’s a lot of fish this year, more than last year,” Kriebel said. “There’s lots of fish to catch, and bigger coho earlier in the season.”

Kriebel added the regulations have been different this year, as well.

During the first 10 days of August, people could catch only hatchery Chinook and hatchery coho in Buoy 10. After Buoy 10 opened for wild Chinook Aug. 11, the catch rates became 62% higher than expected, and the tule Chinook portion of the catch was 38%, compared with the expected rate of 24%.

According to the Oregon Department of Fish and Wildlife, higher temperatures upstream may have concentrated Chinook in the estuary. Starting Aug. 27, the fishery managers closed all Chinook retention from Buoy 10 up to the Tongue Point and Rocky Point line, which is why Kriebel and his clients went past Tongue Point for Chinook.

Hatchery coho retention is still open in the Buoy 10 area, with a limit of two hatchery coho per day, increasing to three per day on Sept. 7.

Michelle Dennehy, communications coordinator for the Oregon Department of Fish and Wildlife, said there will be “less risk of bycatch of natural tule Chinook after Sept. 7, which is an ESA (Endangered Species Act) listed stock managed under strict harvest guidelines, and coho numbers should continue to increase.”

“Buoy 10 coho fishing may go through Dec. 31, but fishing is most popular during summer and early fall,” Dennehy said.