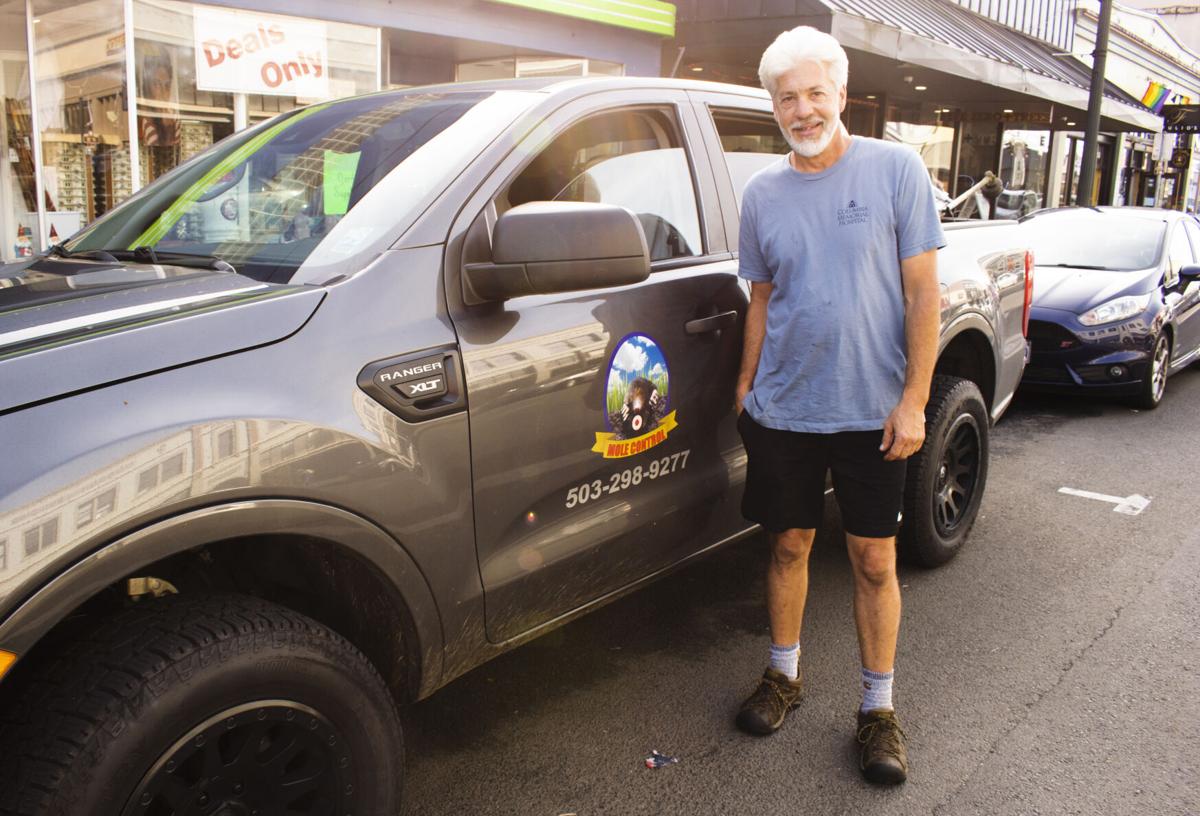 Tal Gohl has been trapping moles on the North Coast with Mole Control for more than two decades. 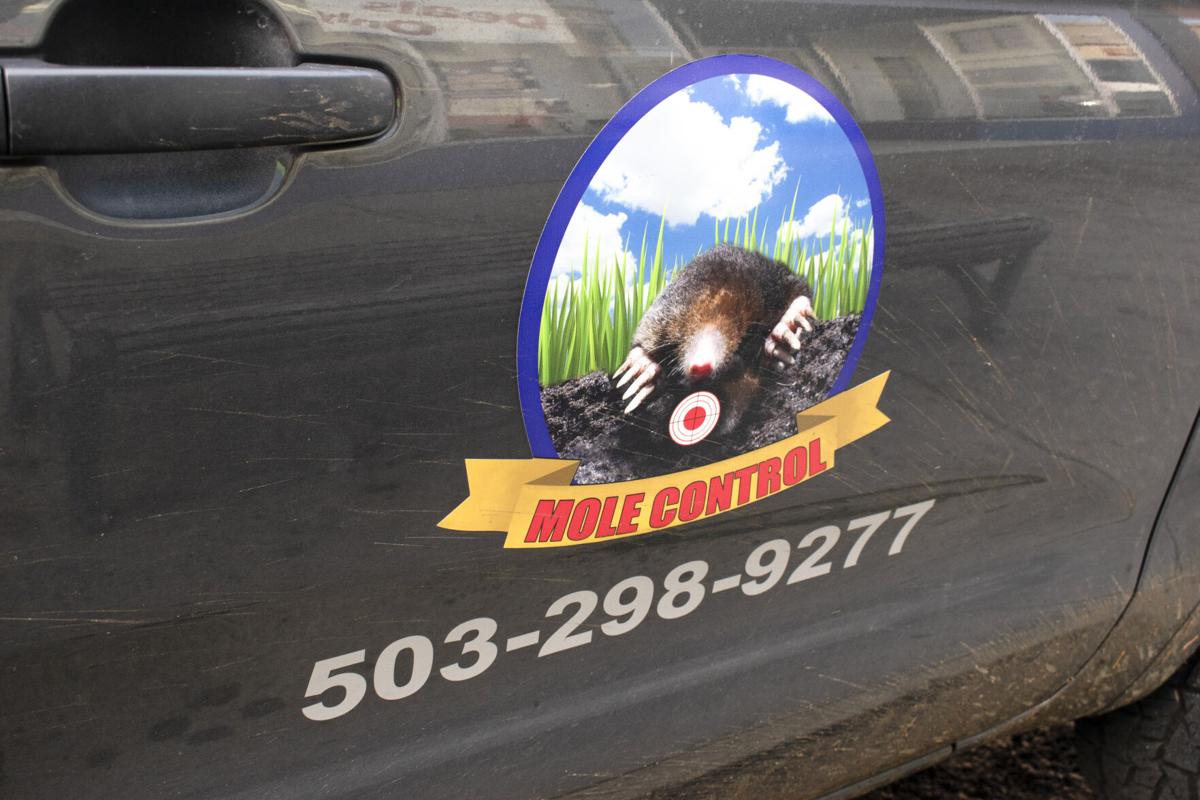 In addition to moles, Gohl also sets traps for skunks, raccoons and squirrels.

Tal Gohl once came across a man crouched in a yard on his hands and knees. He went up to the man, Clyde Harrison, and started a conversation.

“Right there he asked me if I was willing to take over his business for him,” Gohl said. “It was by chance. You never know when an opportunity is going to present itself and you should always be open.”

The business was called Mole Control.

“I followed him around for a little while and then he let me set a trap,” Gohl, of Astoria, said. “I took over and the rest is history.”

That was 26 years ago. At the time, he didn’t realize he would be in charge of Mole Control for so long, but the moles kept coming and he has since added a range of other services.

From Astoria to Arch Cape, Gohl responds to about 15 to 30 properties a day. He mostly works at private properties, but also takes care of the grounds at the Astoria Column.

He said the Pacific Northwest is especially prone to moles because the region gets a lot of moisture.

“When something lives under the ground it’s hard to pick up the characteristics of it,” Gohl said. “When I first started I had a tendency to set a trap everywhere on every mound, but now I can walk around the property and see where they were, where they are now and where is a good place to set a trap that’s out of the way for the customer.”

Usually within a day or two after setting a trap, Gohl will come back and the mole has been caught.

Gohl also traps other animals that have become a nuisance on people’s properties, like skunks, raccoons and squirrels. He live-traps the majority of the animals he catches and releases them in the wild if they are healthy.

One customer in Cannon Beach had squirrels inside a home — not just hiding in the attic or a wall, but scurrying around the living room. The homeowners were away and a neighbor called Gohl saying he had seen some commotion involving animals in the house.

“By the time I got there the next day there was broken glass. With big plastic garden rakes I herded out the squirrels, five of them,” Gohl said. “I left that day thinking I was superhuman.”

He returned the next day to check, and when he pulled up his truck and looked at the front window, a squirrel pulled open part of the blinds and peeked out. The squirrel looked right at him and immediately shut the blinds, as if from a cartoon.

Unlike those animals, the moles die when they are trapped.

“I tried to find an outlet for them. I feel bad throwing them away because the fur is something else,” Gohl said. “I’ve never felt the fur of another animal that lives in the ground its whole life and is also soft and appears to be so clean.”

He thought mole fur would make the perfect fur coat for a Barbie doll because it’s the right size, but he couldn’t find a market or wildlife center to take them.

Scavenging birds and other animals won’t even take the dead moles.

“For some reason, I’m not sure what it is, they don’t come down to get the moles,” Gohl said. “I’ve thrown some in a field and came back the next day and they were still there.”

Gohl does much more than what his business name suggests. He also cuts and sells firewood and has been a basketball referee on the North Coast for 25 years.

Sandy Van Meer, of Astoria, calls him her own personal Superman.

“I know he’s really busy but he always takes time to help me out when I need it and I can’t tell you how grateful I am,” Van Meer said. “My husband and I are both disabled and Tal is the reason I can stay here in my house.”

Gohl helps with just about every project that comes up at Van Meer’s house on the South Slope, from cleaning gutters to changing light bulbs and working in the yard to helping with her chickens.

“I am really blessed because he comes anytime I have any sort of emergency,” Van Meer said. “He’s so caring and available to help us out. One time our gutters were overflowing in a torrential rain storm and he put on his rain gear and came here to help us out.”