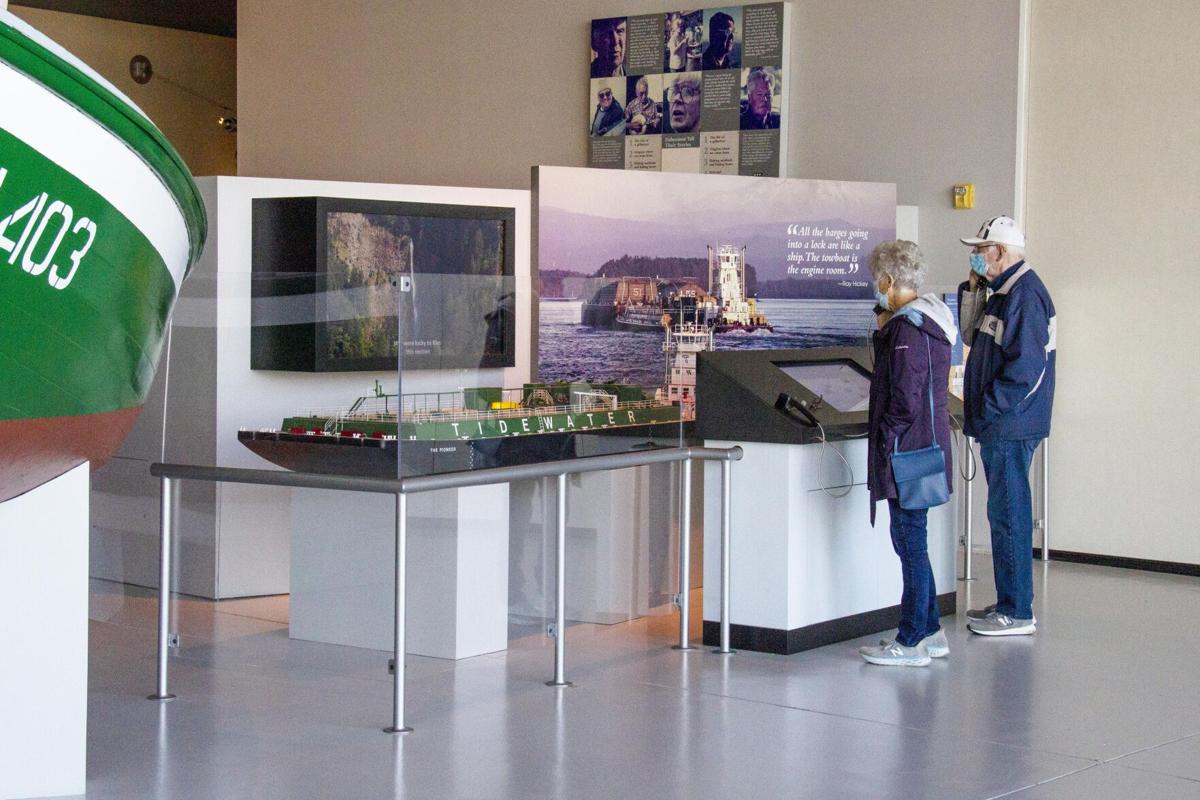 Visitors at the Columbia River Maritime Museum use phones to listen to an interactive exhibit about barges. 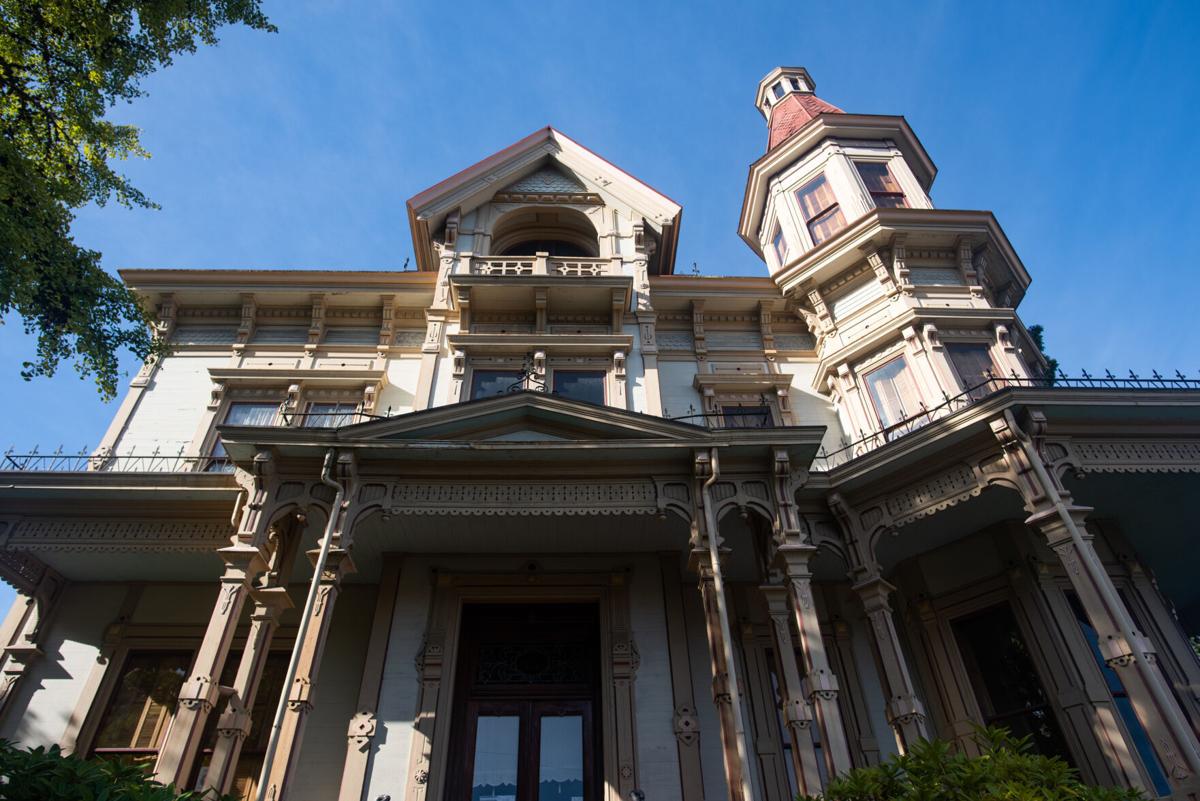 The Flavel House Museum in Astoria.

Visitors at the Columbia River Maritime Museum use phones to listen to an interactive exhibit about barges.

The Flavel House Museum in Astoria.

Sheryl Olson studied the map under her feet, taking in the trade routes between Japan and the Pacific Northwest as if preparing for a test. She took in each nearby display at the Columbia River Maritime Museum with similar interest.

“It’s just living and breathing to see it in person,” she said, standing in front of a small, weathered Japanese boat that landed on the Oregon Coast after the tsunami in 2011.

Olson has been reading up on the history of Astoria, and said she’s a fan of Lewis and Clark. She and a friend took the week off from work and drove from Stevensville, Montana, to see that history in person.

After over a year of closures, cancellations and cuts, museums on the North Coast are returning to near-normal attendance numbers, despite abnormal pandemic operations and a dip in tourists and those coming off visiting cruise ships.

For Olson, the pandemic was part of the reason she chose to visit Astoria.

“I’m delighted to be here because Oregon has the mask mandate,” Olson said.

In September, the museum had around 85% of its 2019 attendance numbers.

“We’re closer to normal than I thought we were going to be,” said Caroline Wuebben, the museum’s marketing and membership manager.

With membership and donor funding, she said the museum was able to retain staff despite closing for three months in 2020.

Now that it’s back open, the lack of oceangoing cruise ships is a continued impact on visitor numbers.

She also misses the busloads of schoolchildren exploring the interactive exhibits.

“We’re missing that element of sharing the museum with our community,” she said.

“COVID has been — and still is — tough on museums, but we’ve been extremely fortunate,” Wuebben said. “Some museums may never open again, and that’s really sad.”

‘We’ve had to adjust’

Further down the coast, the Cannon Beach History Center & Museum opened its doors to one group at a time, by appointment only, last month.

Andrea Suarez, the single staff member, books the appointments, runs the building and handles the museum’s social media. She was chipper a few weeks into reopening when the time came to take down Halloween decorations.

“It’s been pretty great,” Suarez said. “We’ve had to adjust, obviously, but I’m happy that we got to reopen. And even though it is by appointment right now, it is a slower season so the appointments haven’t been a problem.”

The museum’s president, Kimberley Speer-Miller, said that they closed in part to protect volunteers, many who are 65 and older.

“Before COVID, we would get lots of people all at the same time, and you could barely move. People would just congregate in the museum,” Speer-Miller said. “So we tried to hone it down to what was probably best for our situation.”

The free museum is a nonprofit, and relied on donations and grants to get through the closure.

In September, it held its popular cottage tour virtually, allowing people to navigate the historical sites in the Cannon Beach area using a digital map.

Speer-Miller said she is grateful the museum has been able to keep sharing the history of the North Coast during the pandemic.

“History is already there, and we just have to tell it,” she said. “That’s our main goal, to make it accessible to people.”

In Ilwaco, Washington, the Columbia Pacific Heritage Museum reopened in July after being closed for nine months.

It underwent extensive renovations during the closure, which has been exciting for locals and visitors, said Madeline Matson, the museum’s executive director.

“It wasn’t like we were just reopening our doors to the same old things. We had new exhibits, and new floors and new paint and all these exciting things that made it much more celebratory,” Matson said.

Matson, who became the museum’s director in the middle of the closure, said attendance has been climbing since, but has not yet returned to pre-pandemic levels. It’s missing its usual international visitors, and they canceled popular indoor events such as the Quilt Guild Exhibition.

Matson said that membership decreased during 2020, but that the community continued to support the museum.

“Our donations were up overall, which was kind of surprising. So I think that people were still giving to the museum, and maybe people who always give were giving more,” she said.

That, combined with federal and state grants and money from the Payroll Protection Program, allowed the museum to retain its staff. They also held events and fundraisers to raise money, and rented out space.

“So really, overall, financially we’re doing very well because we have been able to apply for support and make up for losses that we have due to lack of memberships and admissions,” Matson said.

She said the pandemic has allowed the museum to reimagine some programs, and they are expanding their outdoor walking tours.

“We’re trying to think about ways to get people out of the building, but still get people interested in local history and culture,” Matson said. “That’s what we’re focusing on for 2022.”

‘We tell the community’s story’

In Astoria, the Clatsop County Historical Society saw major dips in attendance following 2019, which had been their best year ever.

Their museums and gift shops have closed and reopened three times since the pandemic, for around five months combined.

“It obviously impacts us financially, because about 80% of our income depends on who walks through the front door,” said McAndrew Burns, the historical society’s executive director.

They also saw an increase in membership during the pandemic, which he said helped them retain their staff.

The Oregon Film Museum dropped by 53% in 2020, making it the least impacted of the three museums the historical society oversees.

“I think the Film Museum is very resilient. Just because it’s got the hardcore Goonies fans,” Burns said of the 1985 adventure comedy. “Nothing stops them from making a trip to Clatsop County to see all the Goonies spots, and we’re one of the main spots they want to visit.”

Numbers improved significantly in 2021 after they reopened in February.

The Film Museum is 5% behind its 2019 attendance numbers, followed by the Flavel House at 10% and the Heritage Museum at 15%.

Burns said the visitors from oceangoing cruise ships would typically close that gap.

Despite the pandemic setbacks, Burns said he expects tourism on the North Coast will bounce back, and the museum to return to previous attendance numbers.

“I’m always hopeful, or else I wouldn’t do what I do,” he said. “I think we are a worthy endeavor. We tell the community’s story, and we do it in a lot of different and creative ways, and that’s important.”