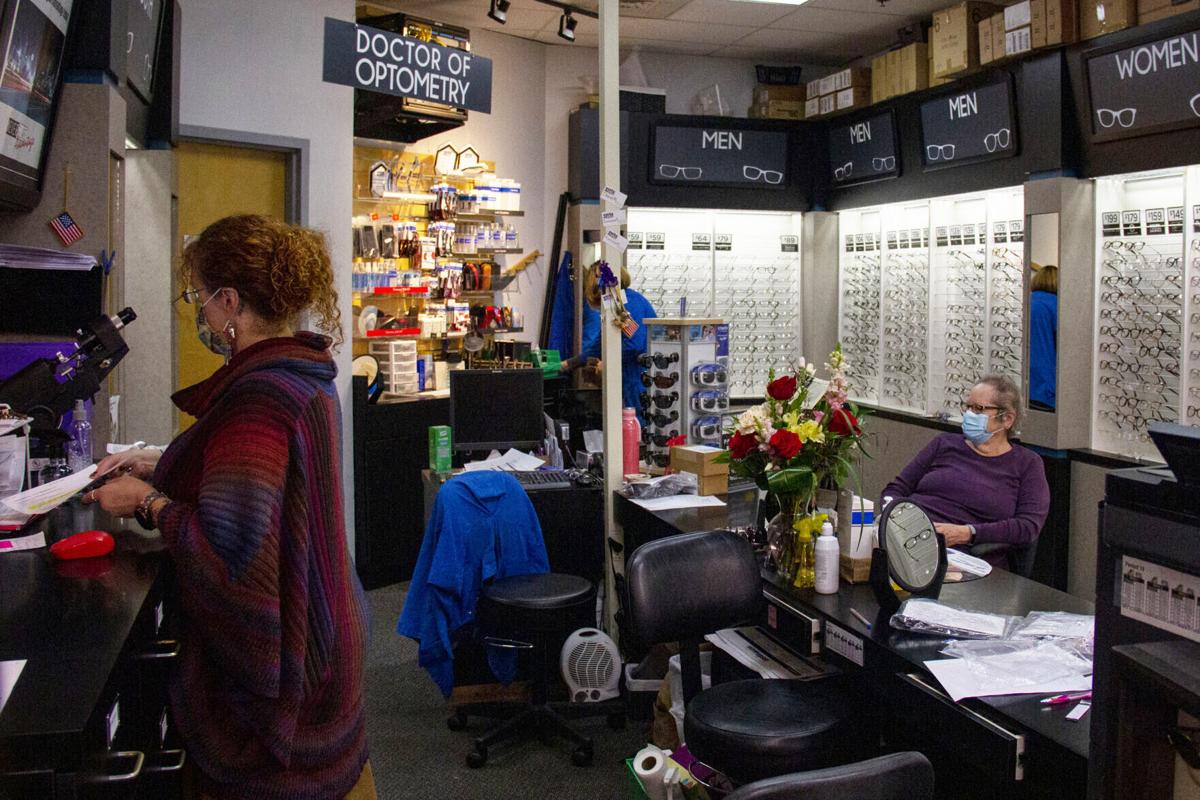 Suzanne Benscoter, left, prepares documents at Vista Optical at Fred Meyer in Warrenton as Veronica Waltz waits for her prescription. 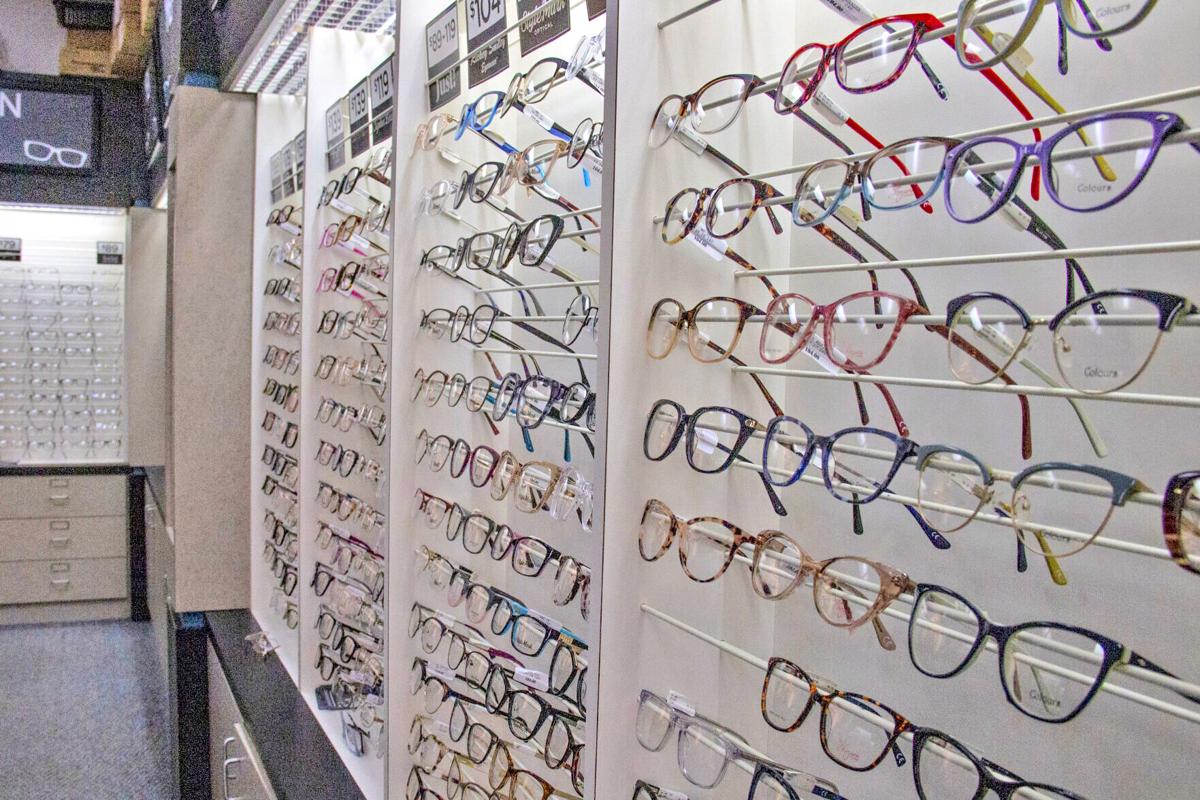 A row of eyeglasses at Vista Optical in Warrenton, where customers are seeing a weekslong waiting time for appointments. 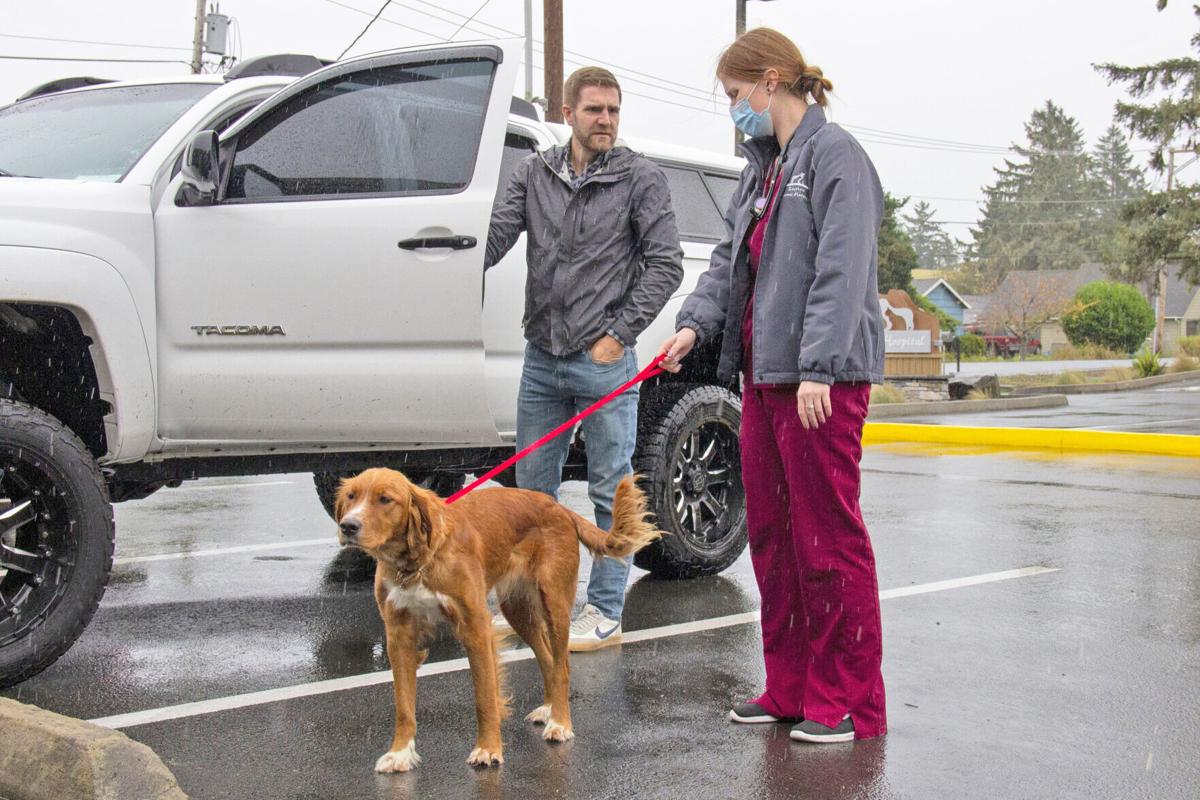 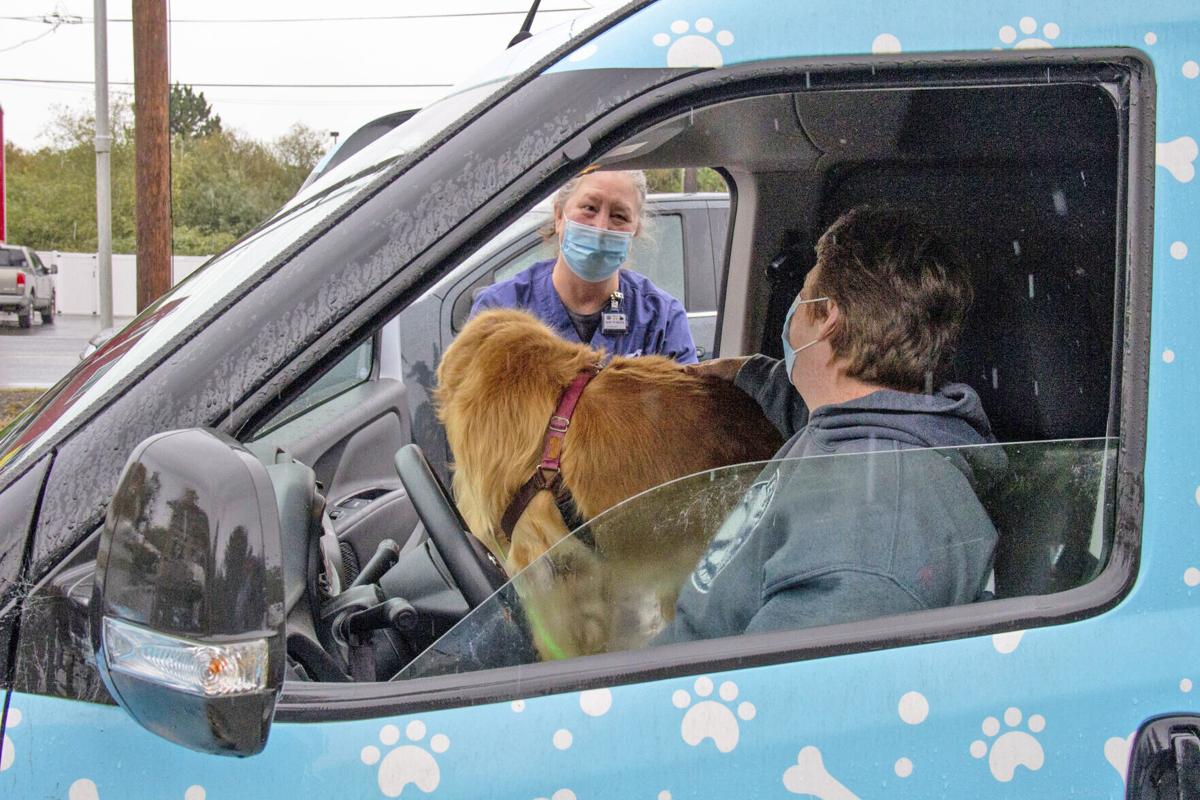 Pet owners used to be able to see the veterinarian at Bayshore Animal Hospital within a few days of calling. Now, they have to wait up to eight weeks.

Even checkups have been squeezed into the spare moments between appointments, with pets waiting on-deck in the back of the Warrenton clinic.

“We have tons of animals in there,” said Dr. Brad Pope, the veterinarian. “You’re done with one, you got another few minutes, ‘let’s look at this one,’ and then move on to your next appointment.”

Because of the pandemic, it’s tough to make an appointment anywhere — for anything — in the region. Veterinarians, dentists and opticians are among those filling appointments months in advance.

“Everybody’s dealing with it in exactly the same way we are,” Pope said. “And looking back, I think that the profession had a manpower problem that was kind of on the verge. We were short on veterinarians, we were short on technicians, and COVID just pushed it over the cliff.”

The backlog at Bayshore started around the same time the pandemic did, when the clinic had to cancel three months of dental, spaying, neutering and other minor surgeries to preserve personal protective equipment, including masks, for hospitals.

The animal hospital fell further behind, and didn’t take any new clients during summer 2020, in an attempt to catch up.

The staff is now about three people short of its usual size, Pope said, and could use another veterinarian and an additional support team of five to keep up with demand.

Maintaining social distancing has slowed the process, too. They now do curbside service, talking to pet owners in the parking lot and then bringing the pets in one at a time. He said that it’s three times slower than grabbing patients from the waiting room.

“I’ve been a veterinarian for 41 years, and it’s never been like this. I started the business here in ‘88, and back then you just kind of hoped somebody came in the door,” Pope said, laughing. “Over time, forever and ever it was easy to schedule. We could get people in when they wanted to be in, this was never an issue.”

Several dentist, veterinarian and optometrist offices in Astoria and Warrenton did not respond to requests for comment, many citing how busy they were at the moment. For those hoping to book an appointment anywhere in the near future, patience will likely be required.

Walk-ins are a thing of the past at other offices too, including Vista Optical at the Fred Meyer in Warrenton.

Dentists and opticians are seeing an influx of appointments in recent months, as people book appointments they put off during previous surges of the pandemic.

Typical wait times for appointments at Vista Optical have jumped from two to four weeks, with none of the usual flexibility.

“We haven’t been this booked, this far out, in a long time,” said Cheryl MacLean, an optician who has worked there for 30 years.

On a Thursday in early October, the next available slot was 22 days later.

MacLean said it’s busier now than at any other point during the pandemic.

“I would have said last year (it was) due to COVID because we were closed for six weeks. But it wasn’t like this, you know, because people were still leery about coming out, and they were very safety conscious. And now people don’t seem to be that concerned with it,” she said.