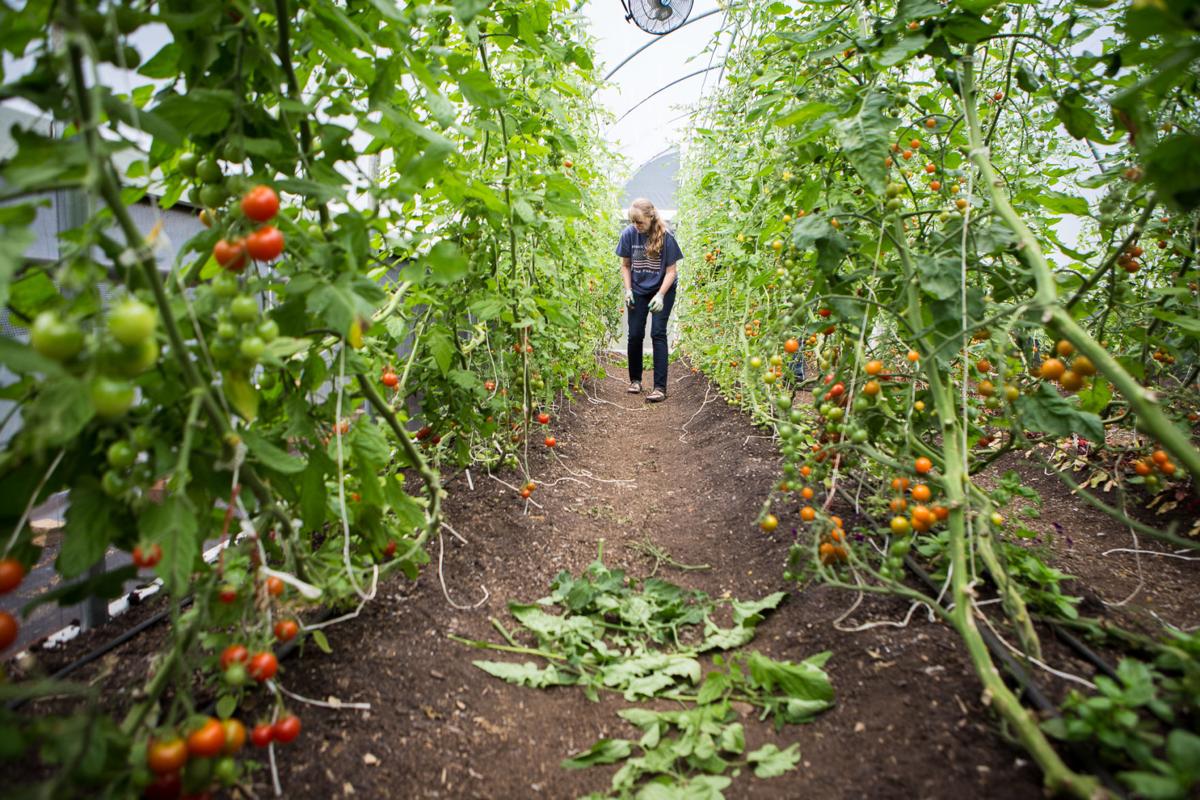 During peak season, Anita Dotson was harvesting around 40 pounds of tomatoes weekly to sell at local markets. 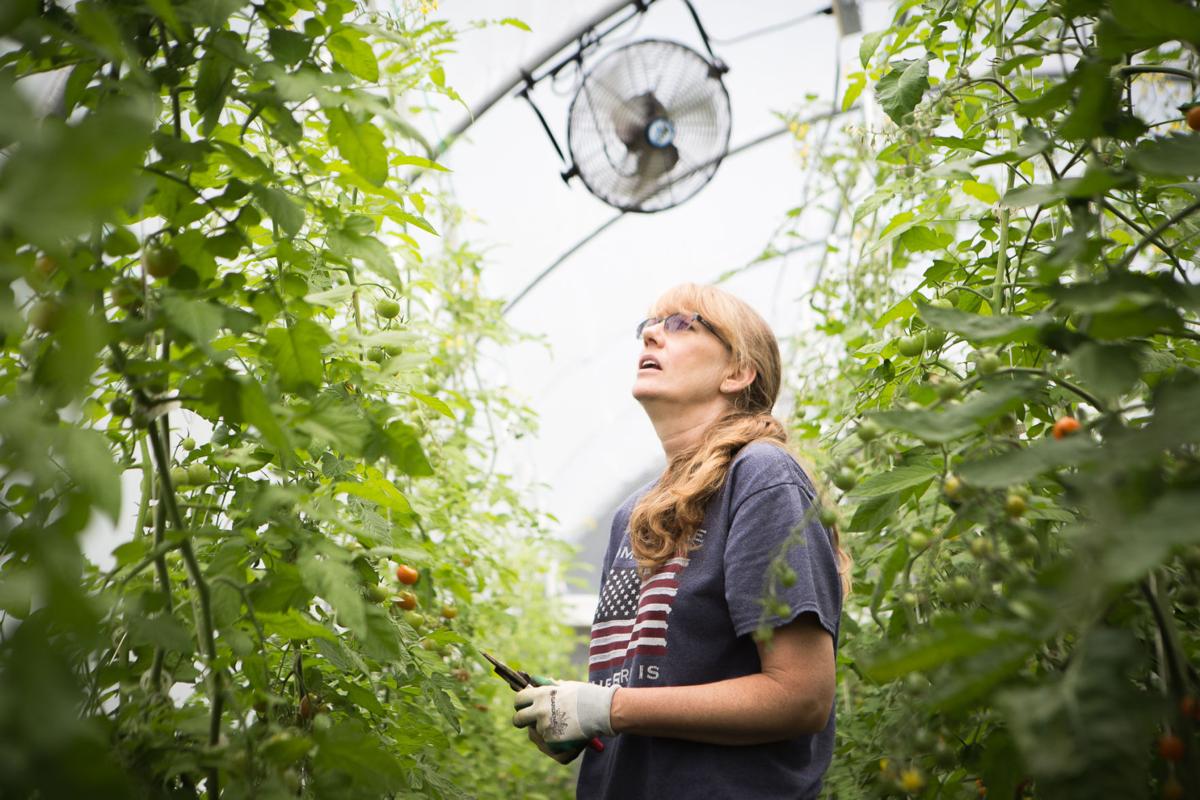 Anita Dotson quit her dentistry job of 30 years to become a farmer full time. “I’m outside everyday and I love it,” she said. 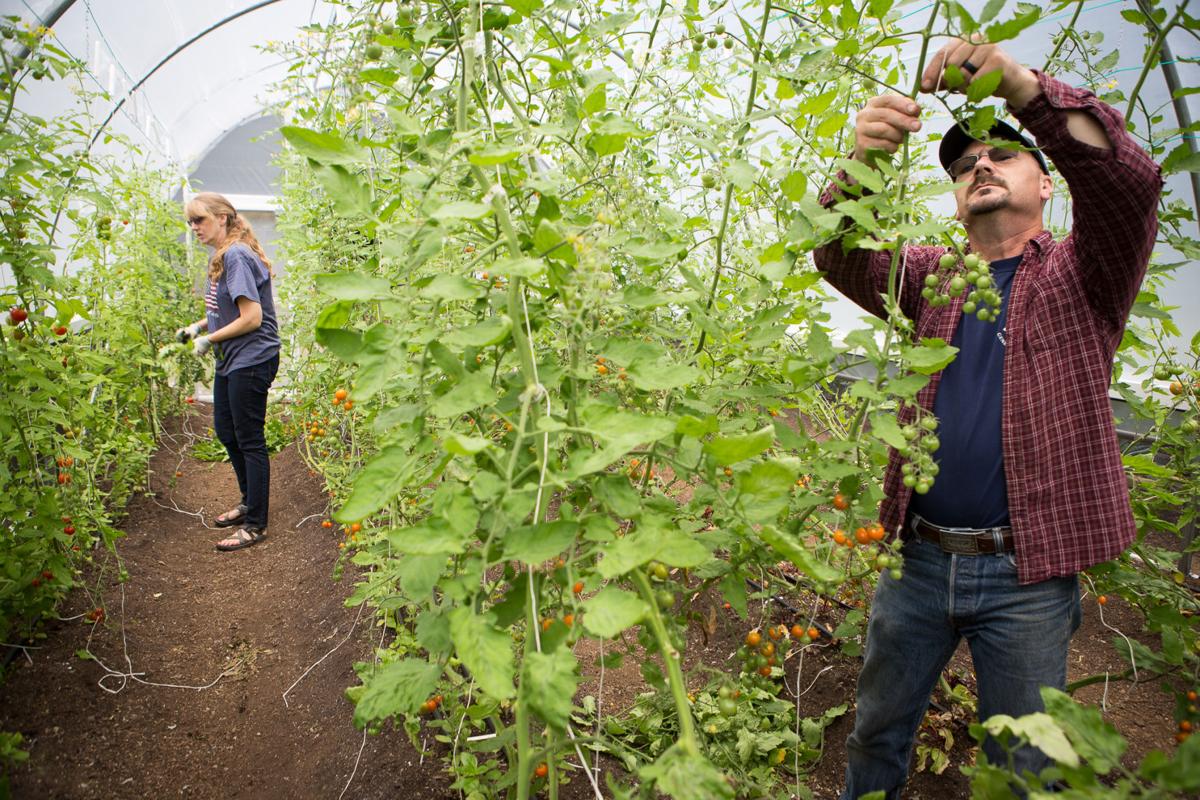 The Dotsons grew more than 100 tomato plants from seed, which they grafted together inside a greenhouse. 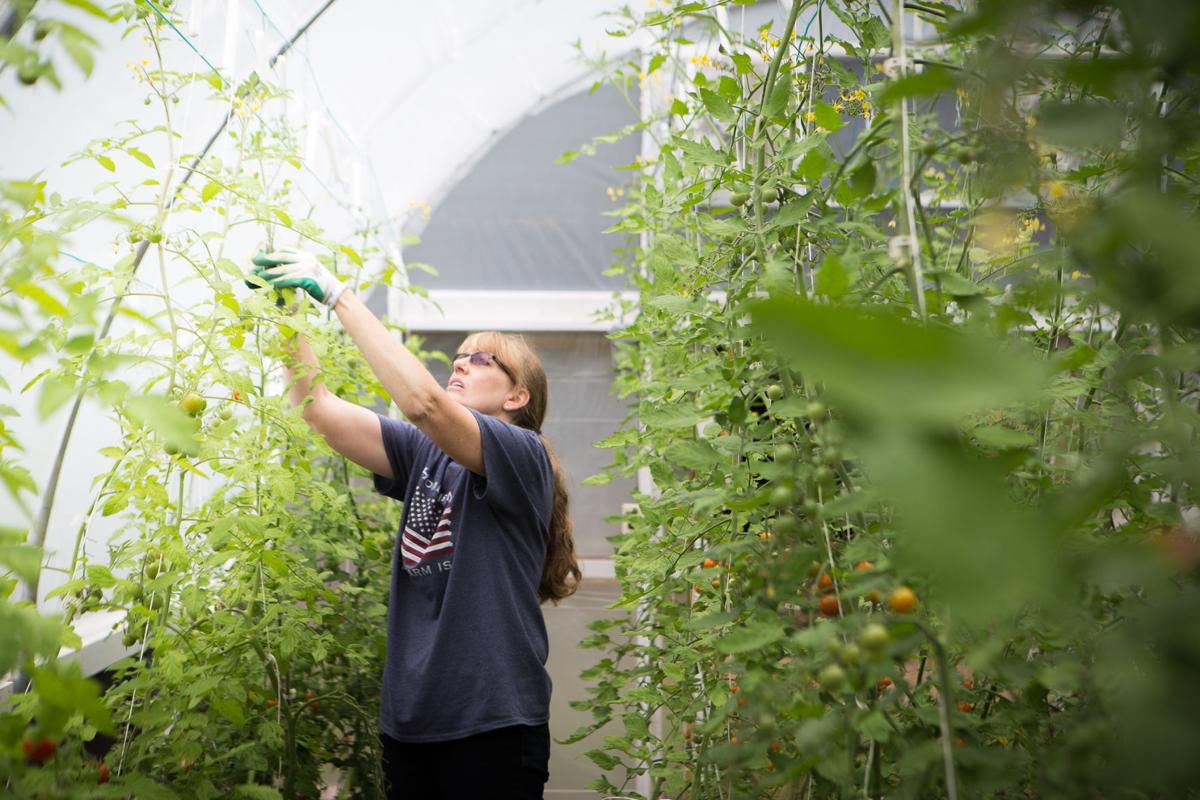 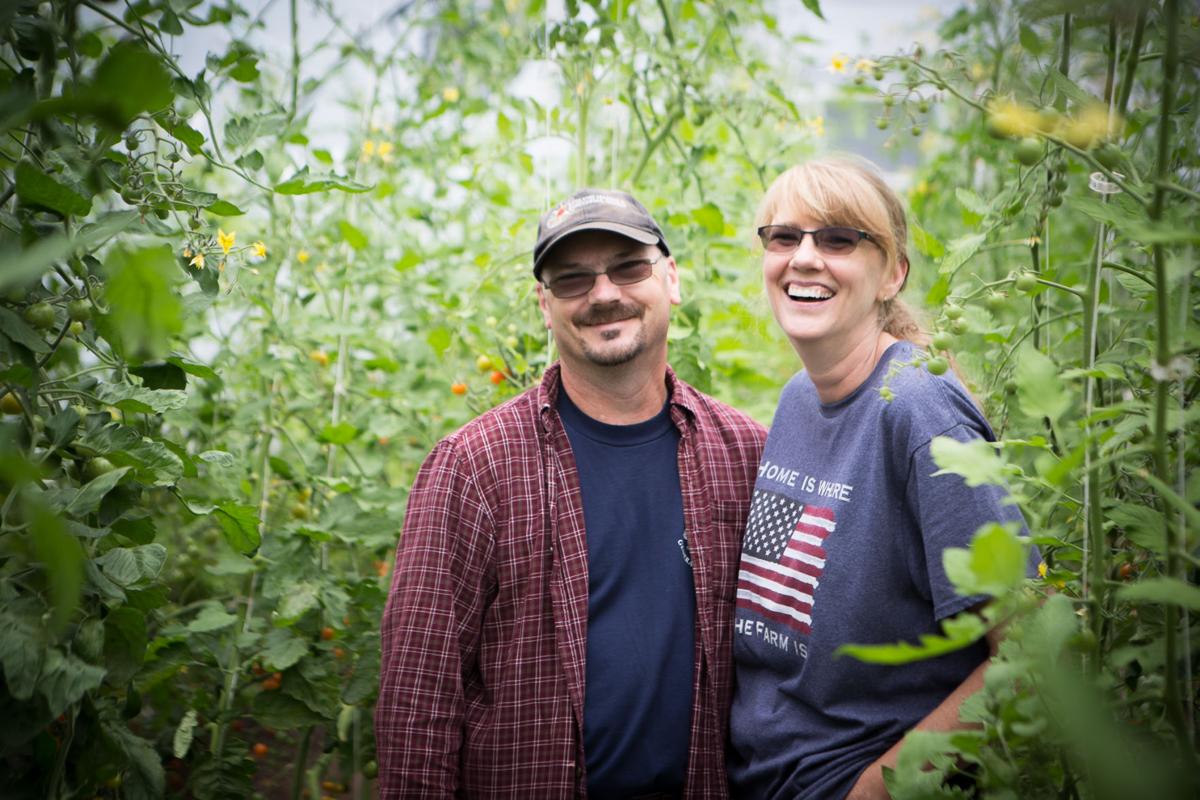 Bill and Anita Dotson started Necanicum Fresh Farm in Seaside in 2018, one of a dozen in a crop of new farms to emerge in Clatsop County in the last consensus. 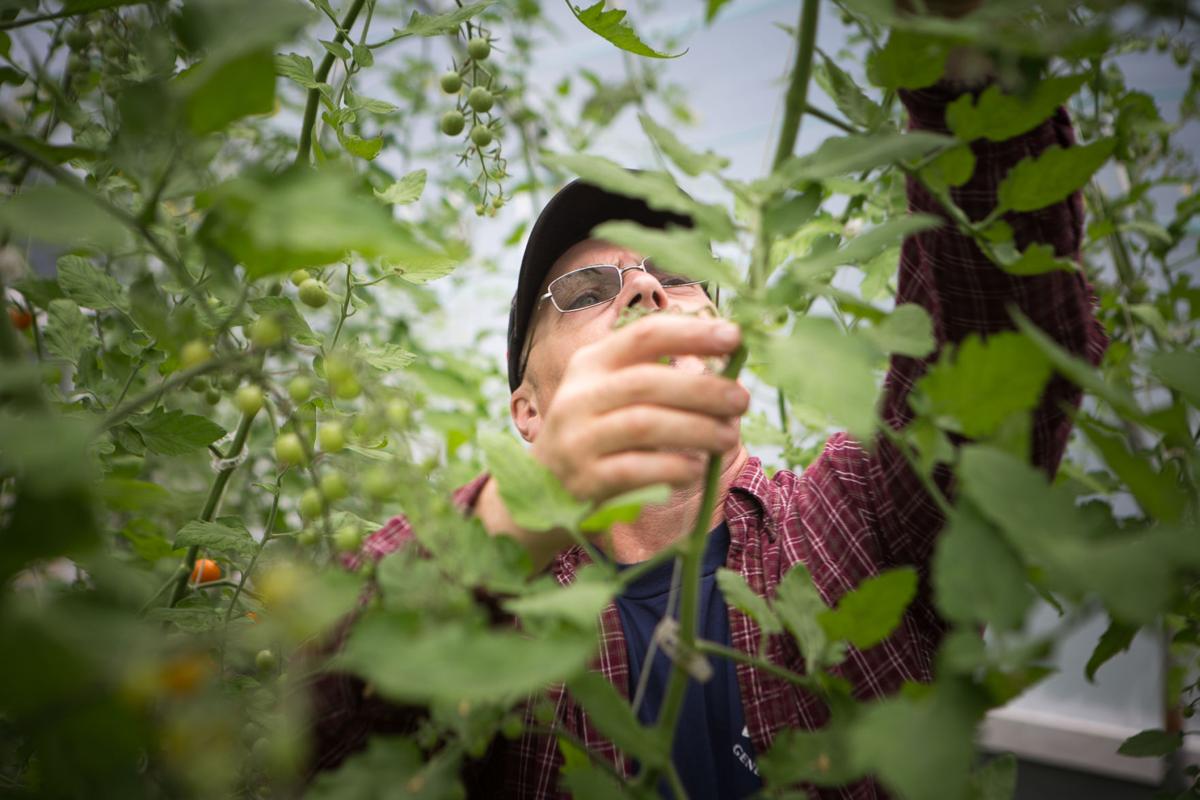 During peak season, Anita Dotson was harvesting around 40 pounds of tomatoes weekly to sell at local markets.

Bill and Anita Dotson started Necanicum Fresh Farm in Seaside in 2018, one of a dozen in a crop of new farms to emerge in Clatsop County in the last consensus.

SEASIDE — Clatsop County is in the midst of a small farm revival.

More than new 25 farms have started in Clatsop County since 2012, according to latest U.S. Consensus of Agriculture figures. The smallest farms, those categorized between 1 to 9 acres, have experienced the biggest jump, expanding from 32 in 2012 to 74 in 2017.

The U.S. Census of Agriculture, conducted every five years, examines land use and ownership, operator characteristics, production practices, income and expenditures as well as a complete count of U.S. Farms and the people who operate them.

The latest figures reveal a boom cycle for new farms in Clatsop County, which has seen overall farms numbers grow from 199 in 2012 to 226 in 2017, a 13% increase and more than double the Oregon average.

Anita and Bill Dotson are among the latest crop of small farms to join Clatsop County, officially launching Necanicum Fresh Farm on two acres along Highway 26 in Seaside in 2018.

“This was my first full year,” said Anita standing in a green maize of more than 100 towering tomatoes plants in late August.

“I quit my regular paycheck job. It was time for a change.”

Anita left her job as a dental assistant, a position she held the past 30 years, to commit to farming full time while her husband Bill continues to work as a Tillamook County truck mechanic.

Anita credited Clatsop County District Conservationist Thomas Gherkens of the National Resources Conservation Service Oregon (NRCS) program, a branch of the USDA, with helping get the farm established, including introducing them to programs that aided construction.

'Growing it is easy. Getting it harvested, packaged and out the door is the hardest part. It’s been amazing though — I’m outside everyday and I love it.'

“They help you with your farm and give you money for different things like greenhouses, to help farmers get their crops going,” Anita explained.

Farm began with a bee box

Anita and Bill credit one another for giving rise to the farm, but both agree it started with a simple bee box.

“He wanted bees, so I bought him a bee box,” Anita said regarding the 2013 gift.

The bees produced a little honey the first year, just enough for Bill to sell a small amount at the end of the season.

“The first year was mostly about learning,” Bill said. “And the success rate wasn’t very good.”

Still, Anita was inspired by what she witnessed.

“I saw him selling honey and thought I could sell some vegetables or flowers, so I started selling flowers,” she said.

The Dotsons took remnants of a former dog kennel and built a 6x8 foot greenhouse the following summer, their first official foray into farming.

“We had 100 feet worth of greenhouse and we just started building,” Bill said.

Roll-up sides and fans were incorporated to offset heat and a bunny fence was erected to protect the garden beds, particularly the peas.

The tomatoes, including sakura, sun gold and marbonne varieties, were the biggest crops volume wise this past summer, producing up to 40 pounds weekly during peak season.

Anita sells in local markets in Cannon Beach and Seaside, and offers delivery with a minimum purchase.

The salad mix, a blend of salanova lettuce, has emerged as best seller.

“I don’t use Miracle-Gro,” Anita said. “It’s more like cottonseed mill, kelp and a lot of lime, things like that.”

Lime is sometimes added to neutralize the acidic coastal soil.

“The soil is the main key,” Anita said. “Your plants will tell you what’s going on with the soil.”

This fall the Dotsons plan to attempt winter gardening for the first time, hopeful to extend their growing season.

“I’ll try to do some winter gardening in the greenhouses. We can maybe push it through December, it depends on the daylight hours as to how long I can do that,” Anita said.

She considers peas, beans, potatoes, kale among the most conducive crops to grow on the coast, while carrots, onions and squash ‘do OK.’

“Tomatoes and cucumbers you really need to have in a greenhouse,” Anita conceded. “They need that extra heat.”

Overall the Dotsons consider their first official year as farmers a success, and plan to add new crops and vegetable starts next season.

Among their biggest lessons was the amount of time and effort that goes into harvest.

“Growing it is easy. Getting it harvested, packaged and out the door is the hardest part,” Anita said. “It’s been amazing though — I’m outside everyday and I love it.”