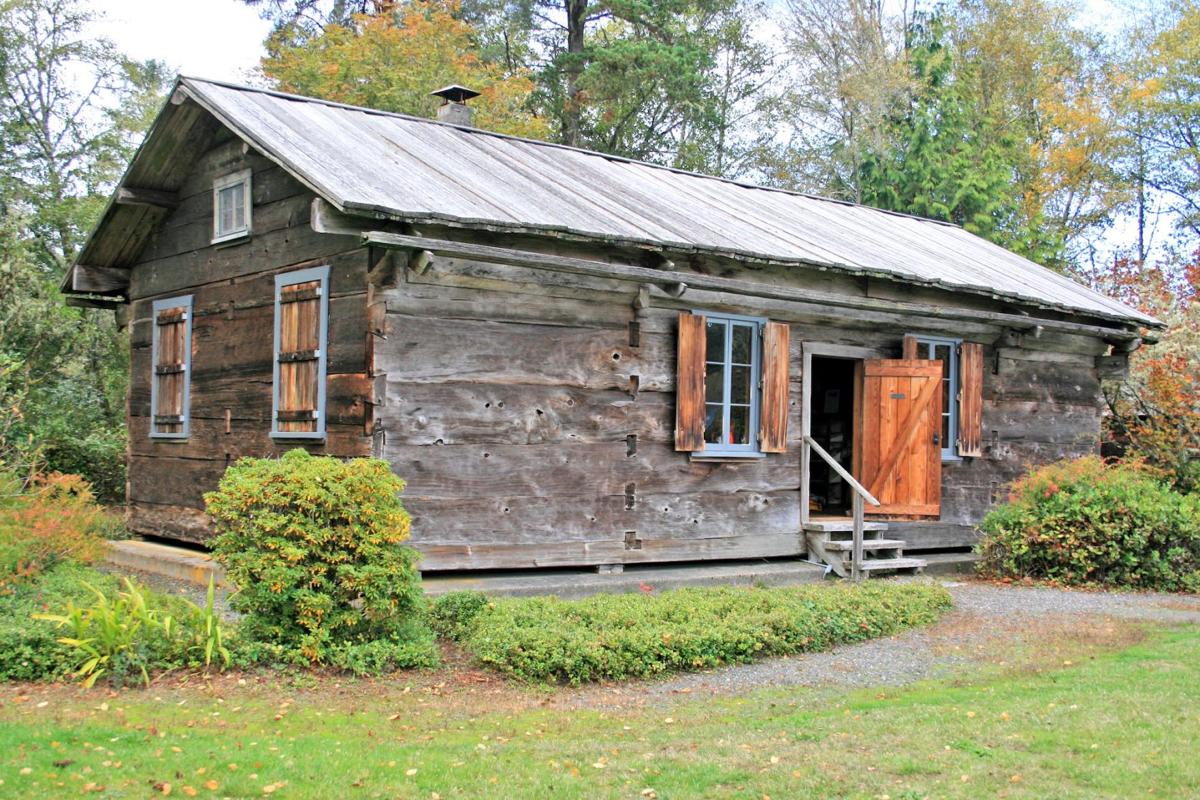 The Lindgren cabin is located in Cullaby Lake Park. 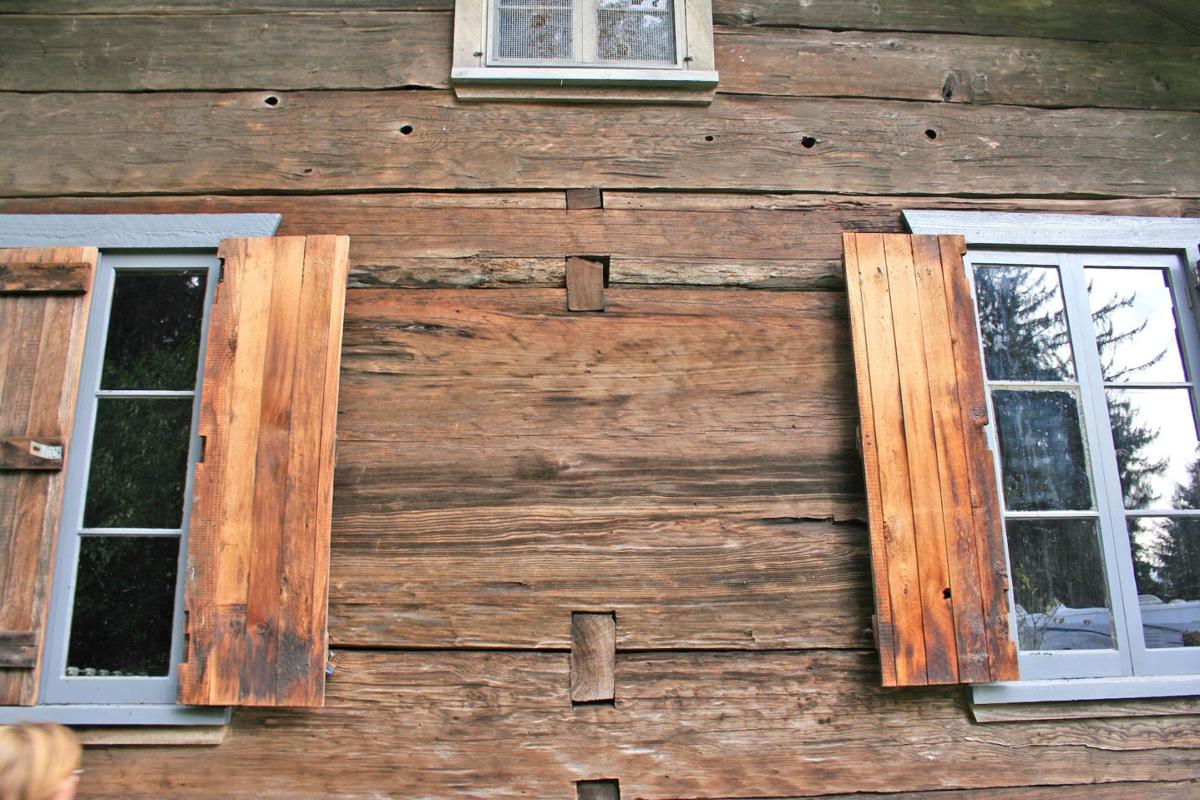 A single plank spans nearly the entire height of the windows. 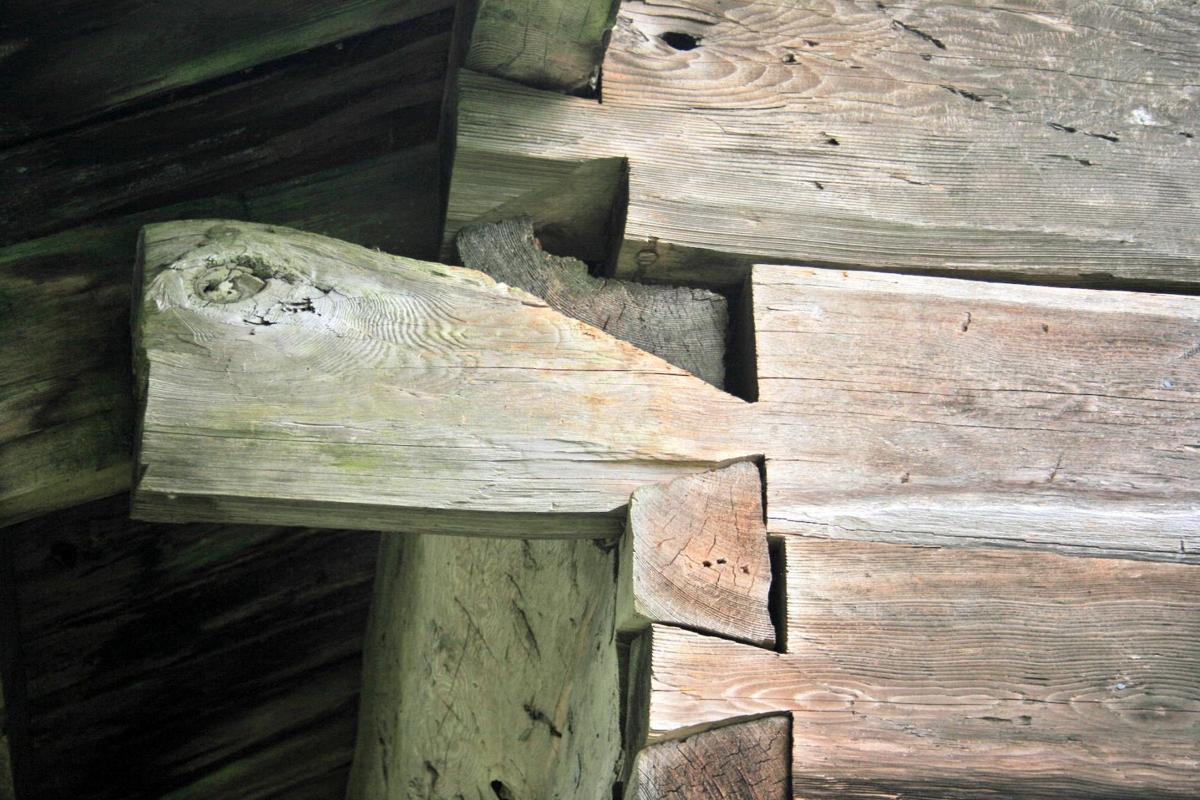 Lindgren added an artistic touch, extending the dovetail joint near the eaves. 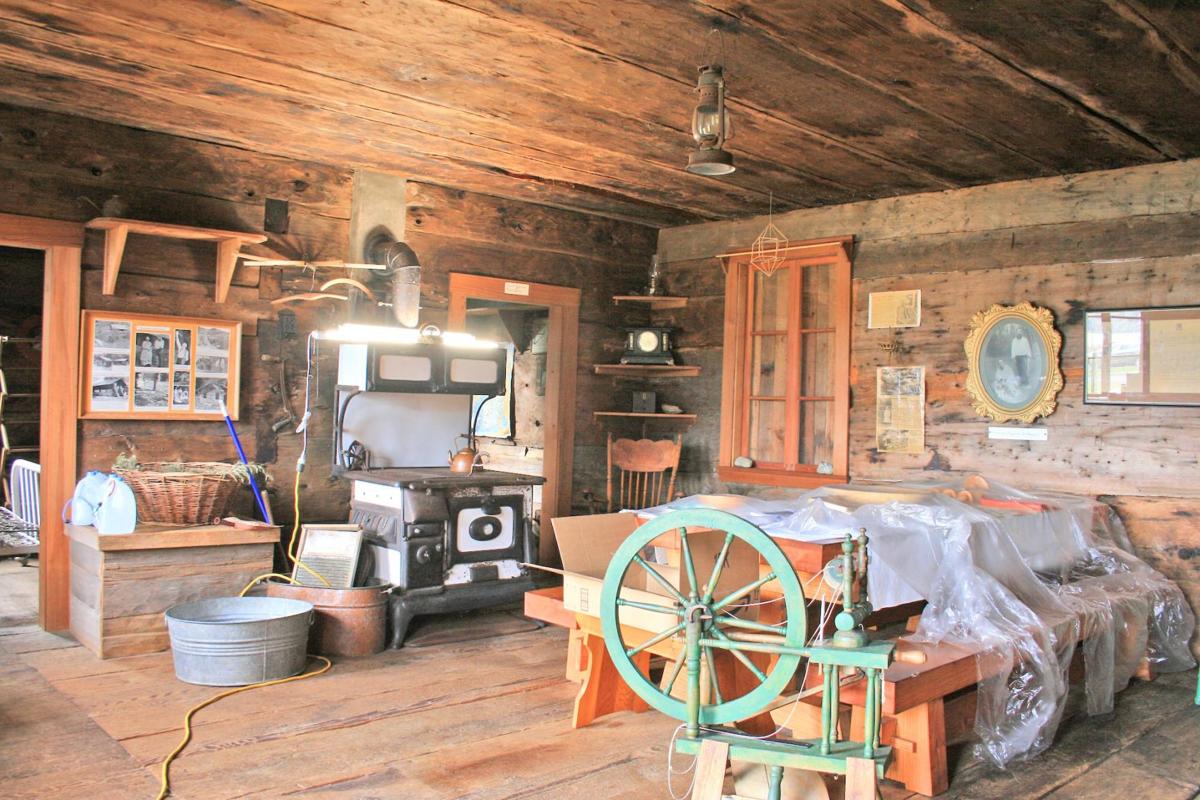 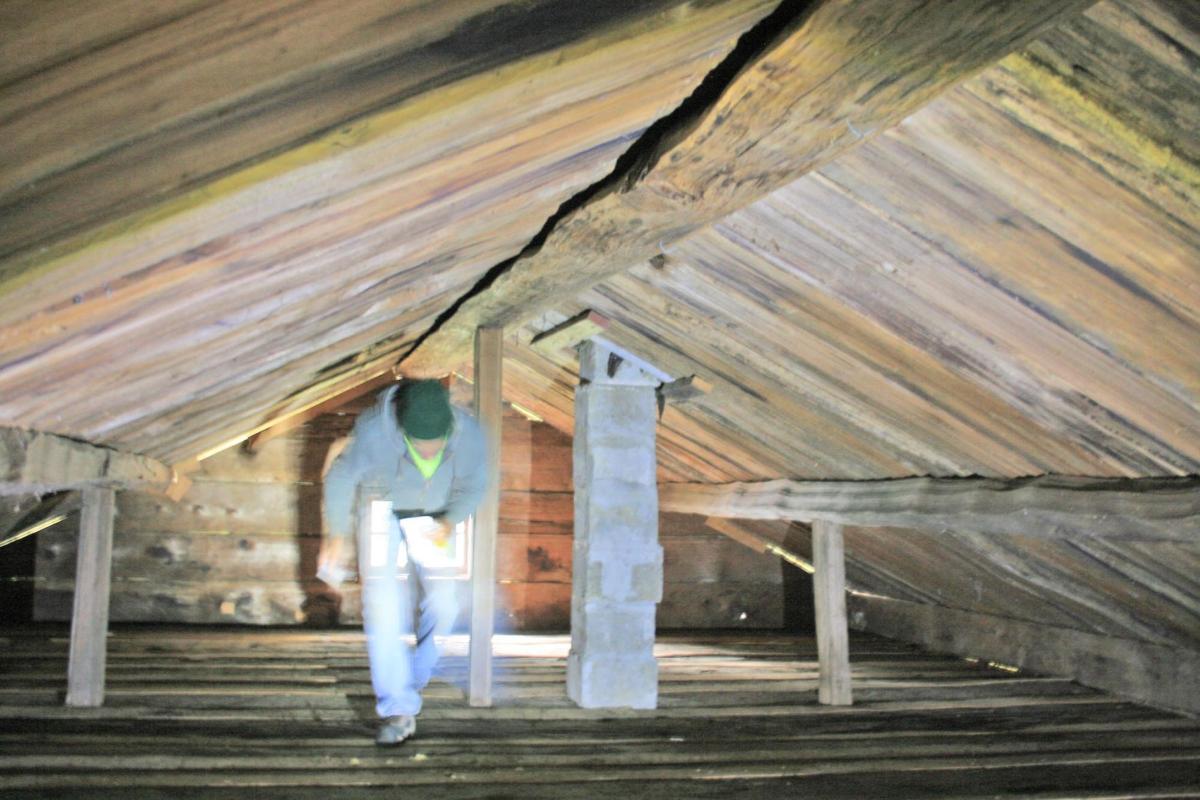 Pouches of mint and lavender are spread in the attic to repel bats.

The Lindgren cabin is located in Cullaby Lake Park.

A single plank spans nearly the entire height of the windows.

Lindgren added an artistic touch, extending the dovetail joint near the eaves.

Pouches of mint and lavender are spread in the attic to repel bats.

Like other experts before him, Rogers was impressed by the quality of construction and the materials used therein. The cabin is a unique example within the county and has deep roots within the Finnish culture.

The 68-year-old Erik Lindgren and his neighbor, William Merila, constructed the cabin in 1928. It was set near the edge of a meadow on Soapstone Creek, in the hills of the Nehalem Valley. The cabin was built among a cluster of buildings including a sauna, meat smoker and barn.

It was constructed from red cedar, hand-split into planks, then hewn with scalloped-shaped axes. The logs were joined with full dovetail joints and stacked one on top of another. No nails were needed for the walls, gravity held them in place. Further, the planks were so carefully crafted, there were no gaps between them.

The men felled huge, old-growth timber. One of the cabin’s hewn planks is five inches thick and 47 inches wide. Imagine the tree from which it came. Perhaps more amazing, the men did the work with only three hands; Merila lost the digits to one of his hands in a childhood accident.

The design of the building and its remote setting were said to reflect Kaleva: a Finnish epic that inspired an aesthetic and political movement. The Lindgrens offered their cabin as a gathering place where Finnish socialists picnicked, sang folk songs and recited poetry.

The Lindgrens moved to Astoria just a few years after the cabin’s construction, leaving it to the elements. By 1968, vandals were breaking into and threatening the structure. The Clatsop County Board of Forestry struck a deal with the county to relocate the cabin to Cullaby Lake. County Commissioner, Hiram Johnson, led the charge with the guidance of Charles Davis, a professor of architecture from Portland State University.

The building was carefully dismantled, transported 40 miles, then reassembled by members of the Finnish Brotherhood. Today, it is operated and maintained by the Columbia-Pacific Chapter of the Finlandia Foundation. The cabin is open for tours in the summer.

As Rogers guided his students through a forensic study, he reviewed the tenants of historic preservation: identify the building’s degradation, retain as much of its material as possible, and create a plan to preserve it through maintenance.

Rogers works frequently with forest service and state park properties — neither of which have large budgets to protect their historic assets. Consequently, he has learned to take a light approach, summarized in two words: slow down. In doing so, he is able to observe and understand not only how the building is assembled, but what characteristics define and tell its story.

As such, he refrains from removing alterations just for the sake of creating a museum piece. He looks at the alterations, analyzes why they were done in the first place, and determines if removing them would do more harm than good. If they are failing, then he recommends their removal. Otherwise, the alterations may be considered a part of the “morphology” of the building.

Like any building in this region, moisture is the cabin’s greatest threat. However, there are straightforward solutions to extend the life of the building: removing the “forest” from the roof, lining the gutters, and gently scrubbing the entire building with D2 Biological Solution to retard lichen and other plants from taking root.

Also, since the building is unoccupied by humans much of the year, bats and mice set up residency there. Unfortunately, the mice chew on the wood and the bats leave droppings which may harm the building. Filling voids with non-permanent, non-chewable material is one way to keep the mice out. Spreading pouches filled with mint and lavender is an eco-friendly way to evict the bats.

The Lindgren cabin is a late example of an axe-hewn structure. Thanks to forethought by the county and others, the unusual building remains. Its axe marks tell of its construction method, the size of its planks stir images of forests filled with gigantic trees, and its social history evokes a culture inspired by Kaleva mythology.