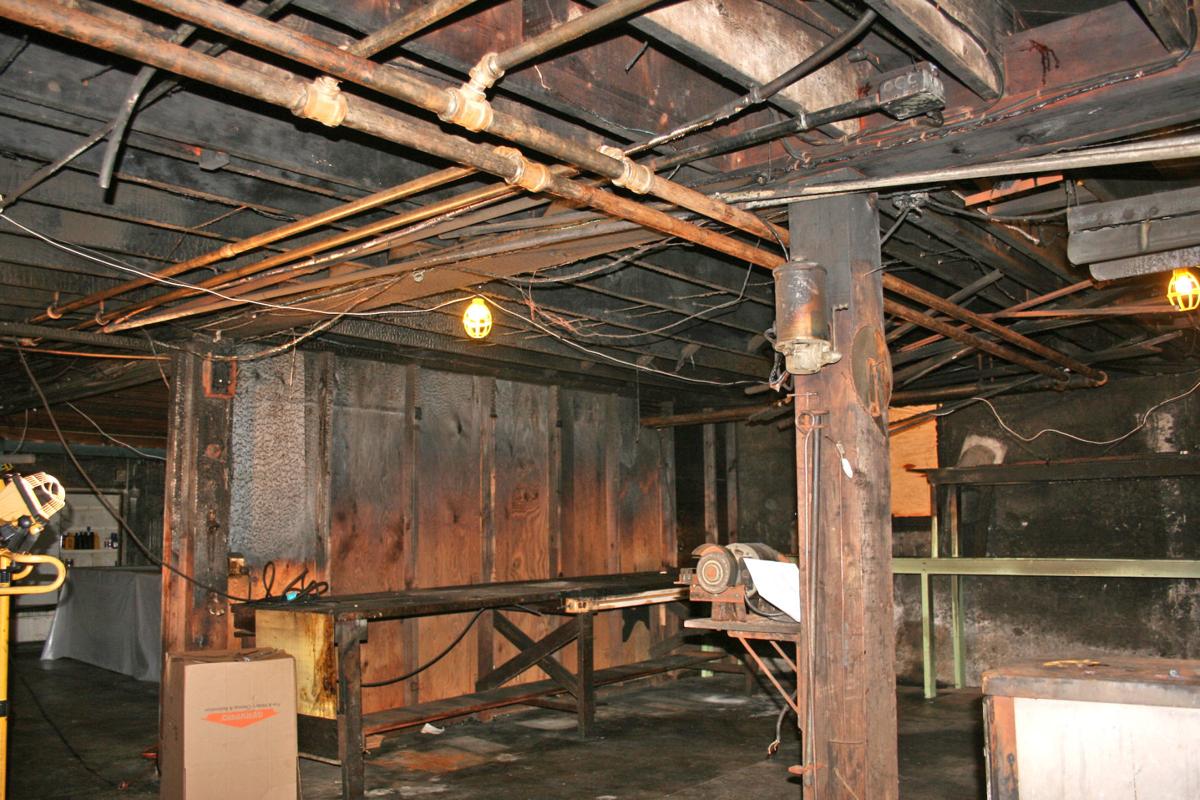 A fire in June scorched the home’s basement. 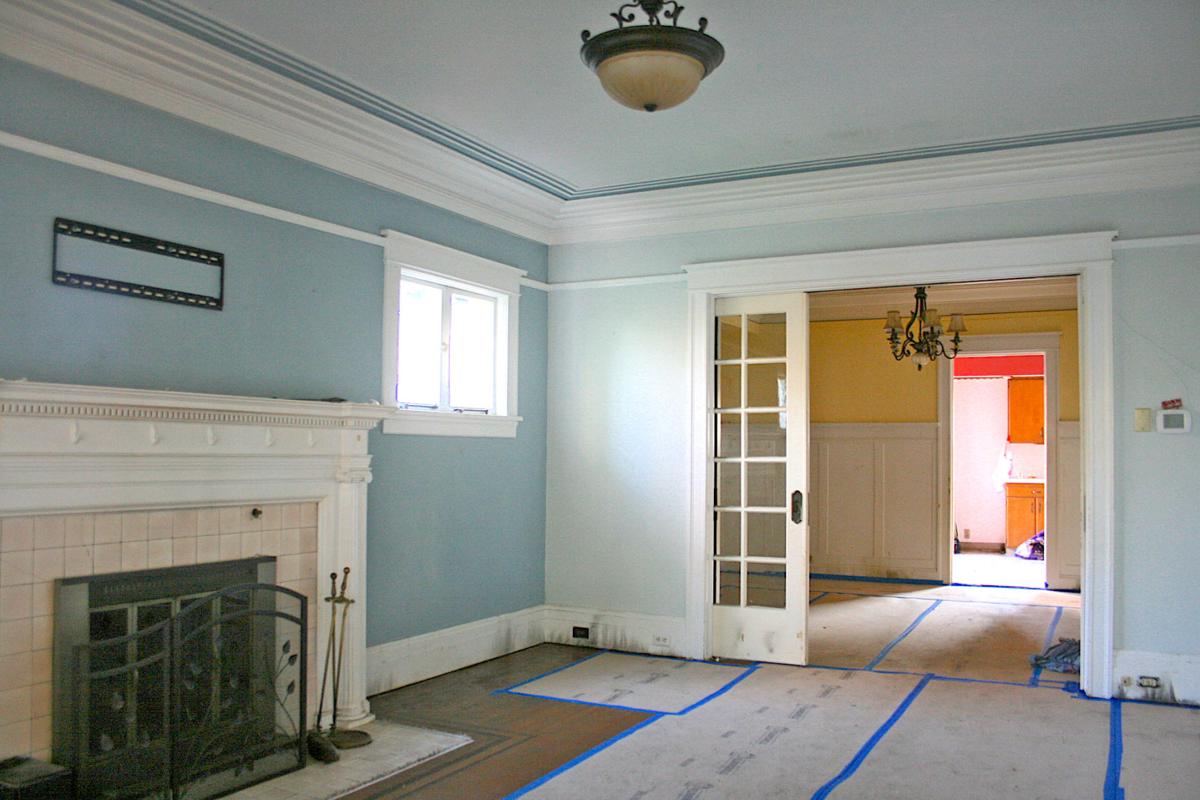 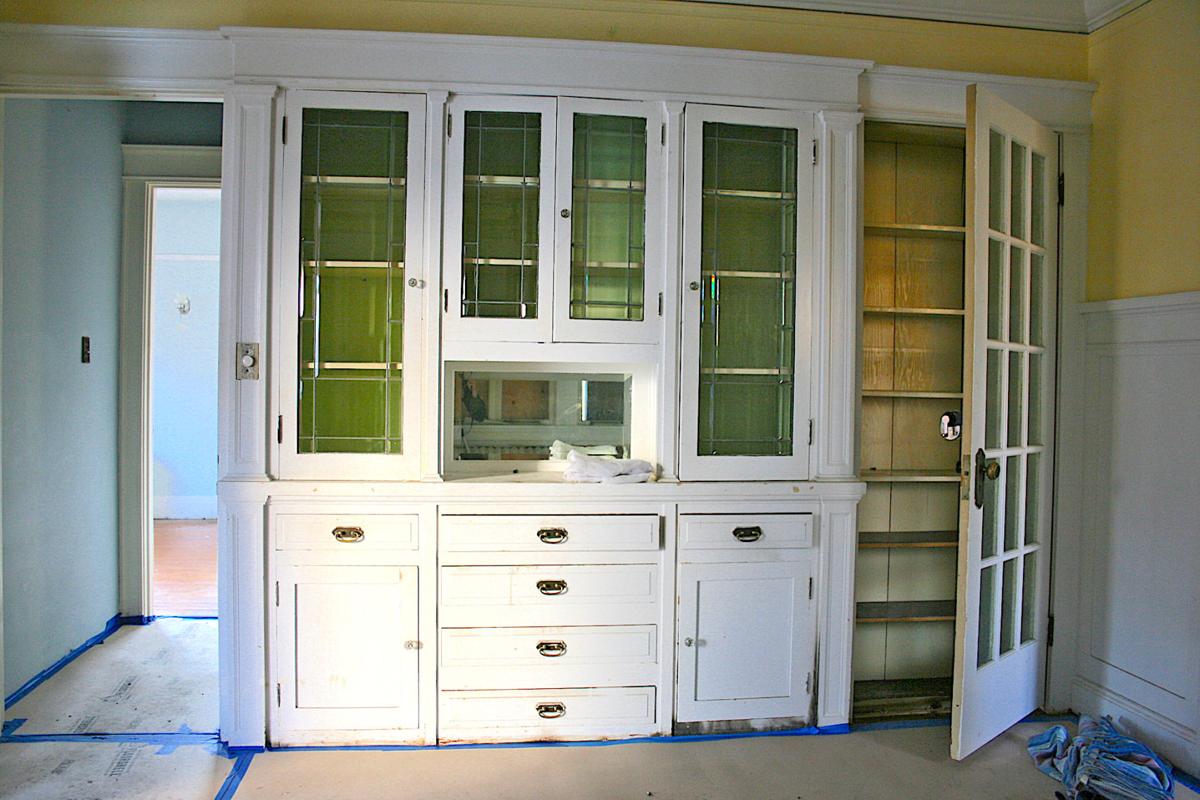 A built-in china cabinet fills one wall in the dining room. 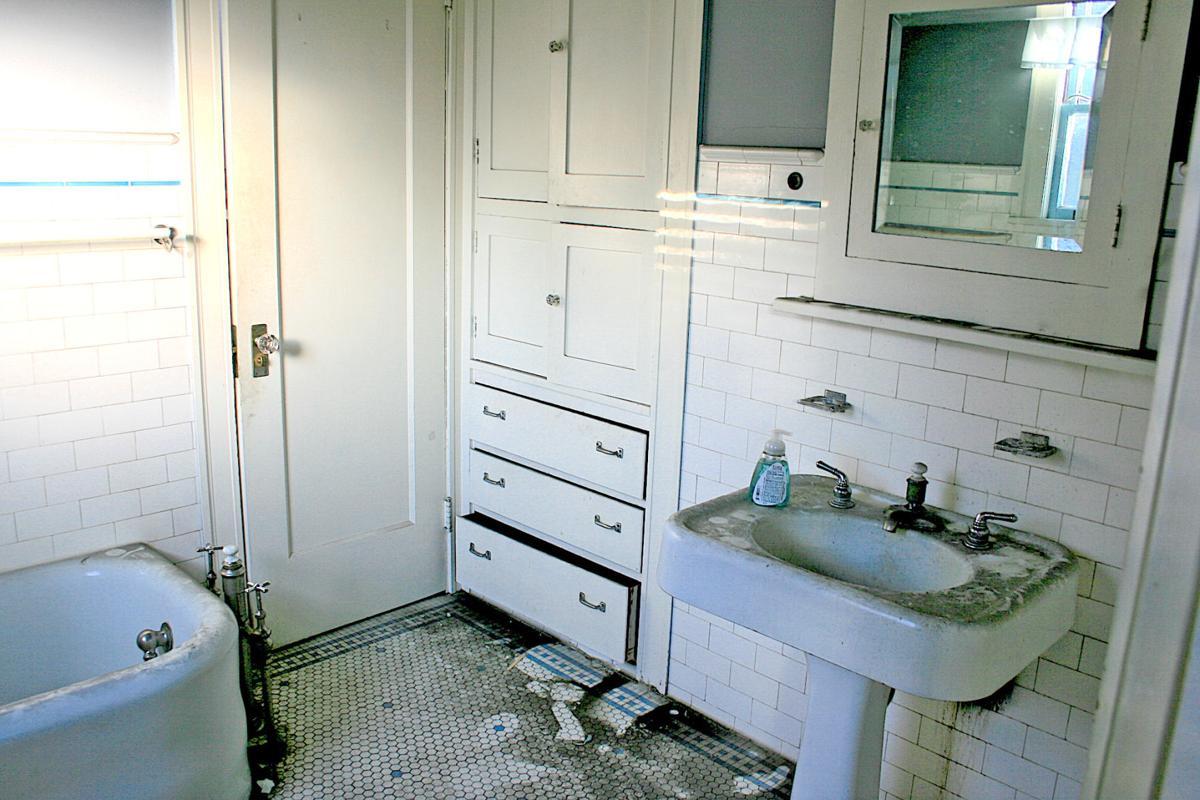 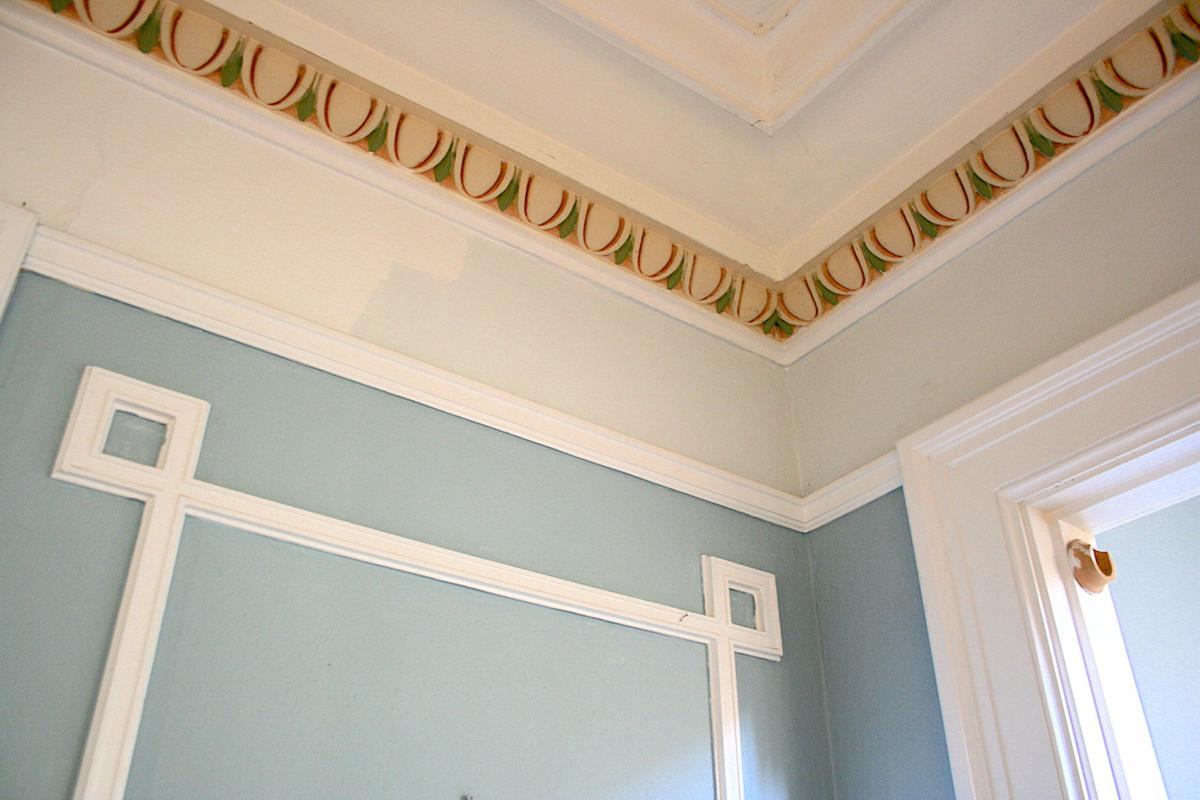 The entry hall is enhanced by egg-and-dart plaster wrapping the room. 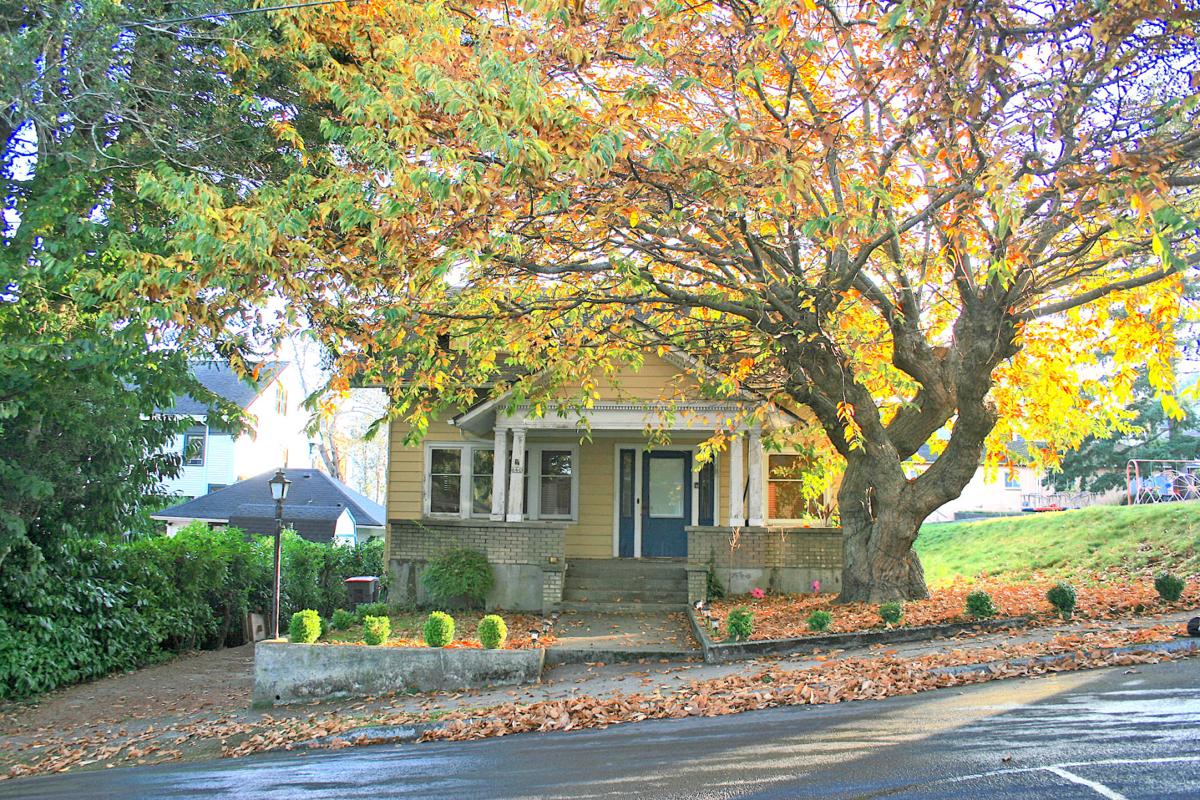 Street trees frame the front of a Craftsman bungalow designed for the Parpala family. 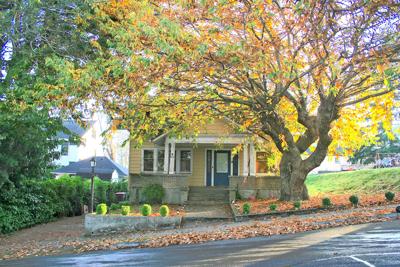 A fire in June scorched the home’s basement.

A built-in china cabinet fills one wall in the dining room.

The entry hall is enhanced by egg-and-dart plaster wrapping the room.

Street trees frame the front of a Craftsman bungalow designed for the Parpala family.

ASTORIA — The fire started in an electrical outlet at the center of the dining room floor. Then, it shorted and ignited wiring in the basement below. “The majority of wiring had been updated in the house,” recalled its owner, Dan Hauer. “We didn’t know about the outlet. It had been covered by carpet since 1958 when my grandpa bought the place.”

A half hour before the fire broke out, Hauer’s wife, Sara, and daughter, Amelia, passed through the basement. They didn’t notice anything out of the ordinary. Soon, his son, Sam, smelled something but couldn’t locate the smell. Next, his other son, Ollie, opened the dining room curtains to find them on fire.

The fire department was called. The family fled the house. Moments later, the dining room windows shattered from the heat.

Constructed in 1921, the house was first occupied by Dr. Janfred and Martha Parpala. The beautifully detailed home with graciously proportioned rooms was designed by Astoria architect John E. Wicks. During its 97 years, it has been owned by only two families: the Parpalas and the Hauers.

Prior to the Parpalas moving in, there was an auspicious grand opening at the house. Called the Astoria Home Electric, it showcased the latest in electronic gadgetry. The tradeshow was co-sponsored by the Northwest Electrical Service league and Electrical Dealers Contractors Assoc. of Oregon. Hundreds attended, including 25 prominent Portland electrical dealers and contractors. Local contractors hosted the Portlanders at a special luncheon in the Weinhard Hotel.

Each room featured electrical devices or appliances pertinent to that room. The show included waffle irons, an electric range, dish-washer, vacuum carpet sweeper, clothes washing machine and mangler, cigar lighters, piano and much more. It was thought women might find particular interest in a hair dryer, curling iron and violet ray machine (used to enhance a “feeling of well-being” or “increased mental vigor” through electrical shock or vibration).

Within a few minutes, the Astoria Fire Department was on site and extinguishing the blaze within the Hauers’ residence. Most of the flames were confined to the basement; the first and second floors, however, suffered smoke damage.

“When we brought the (insurance) adjuster through the first time, he said we should gut it,” remembered Hauer. But it was when the adjuster said the same regarding the bathroom’s subway tile that Hauer had a realization, “You can’t find it anywhere. That’s when it really got to me.”

Like the tile, there was much in the house worthy of retention: inlaid hardwood floors, pocket and French doors, sconces, built-ins, a fireplace surround, and “egg-and-dart” plaster details.

Hauer has hired Rickenbach Construction to lead restoration of the house. They are proposing to dry ice blast all wood structural members within the basement. The process will relieve the area of charred wood and smoke odors. Greg Allen, who will be managing the project, said that working from the basement will allow them to retain the hardwood floors above.

Allen also noted the efficiency of using dry ice. When using it as an abrasive, the ice evaporates as soon as it hits the offending surface; there is no sand or chemicals to clean up. Therefore, it is safer for the workers and saves time as well. The process should take three days to complete.

“We have a set of plans but have no permits yet,” said Hauer who has been working on the project since June. “The completed project is months away, we just don’t know how many months.”

In the end, all plumbing and electrical will be replaced. A new boiler will be installed, too, but they will retain the original radiators. The first floor’s structural integrity will also be addressed. In the fire area, new joists will be sistered to existing joists, and main posts and beams will be replaced as needed.