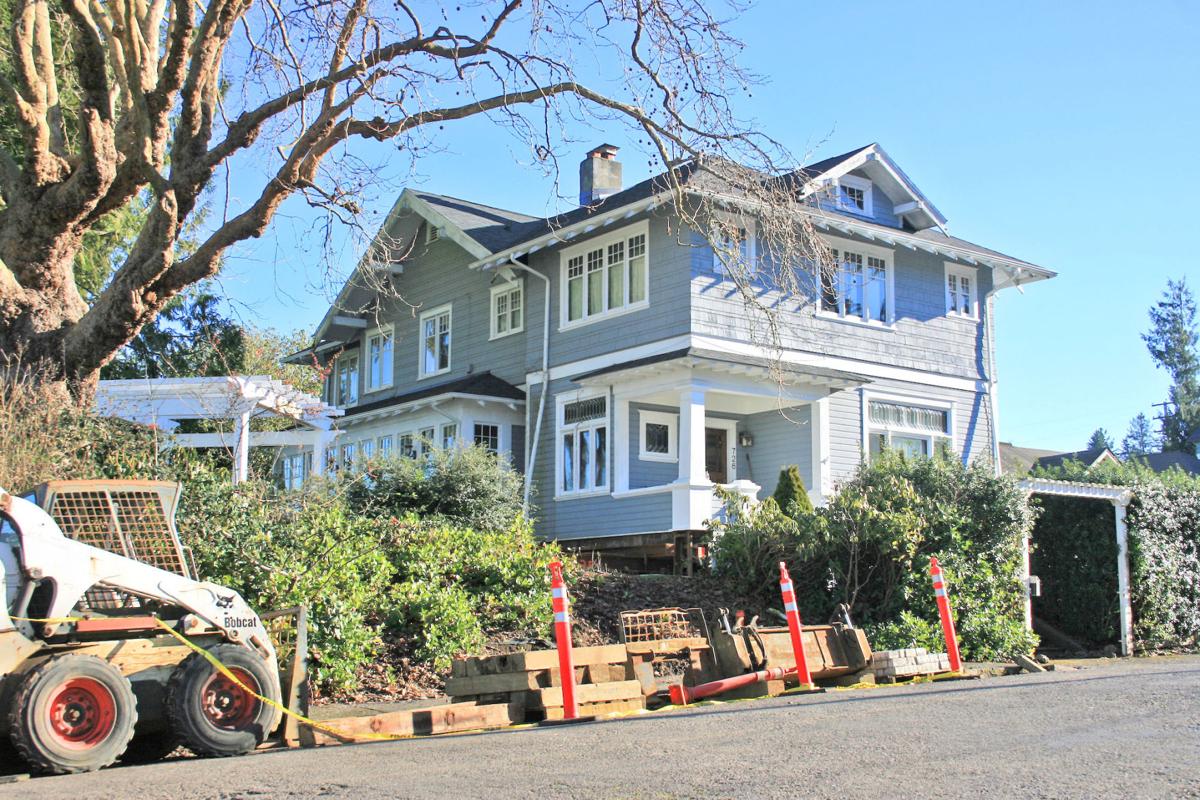 The Dr. Toivo and Allie Forsstrom residence is located in the midst of creeping hillside movement on 7th and Grand Ave. 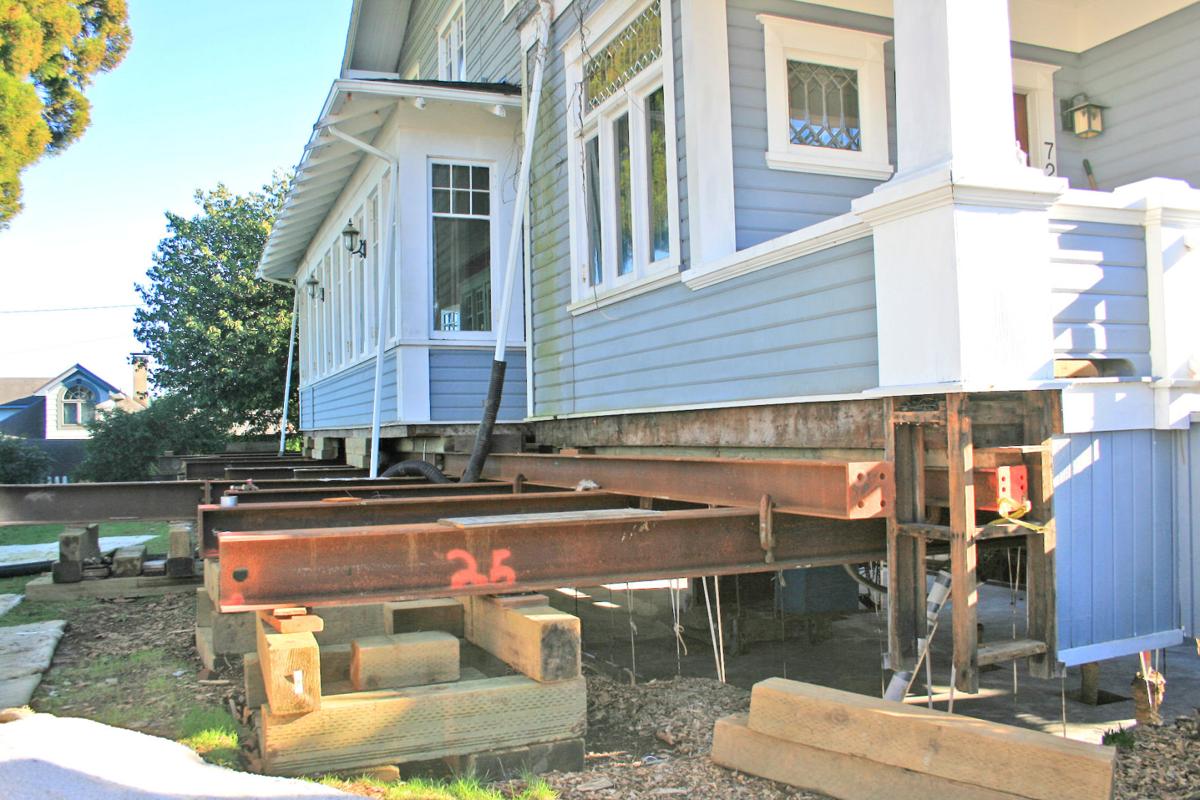 The house is currently up on wood blocks and steel beams. 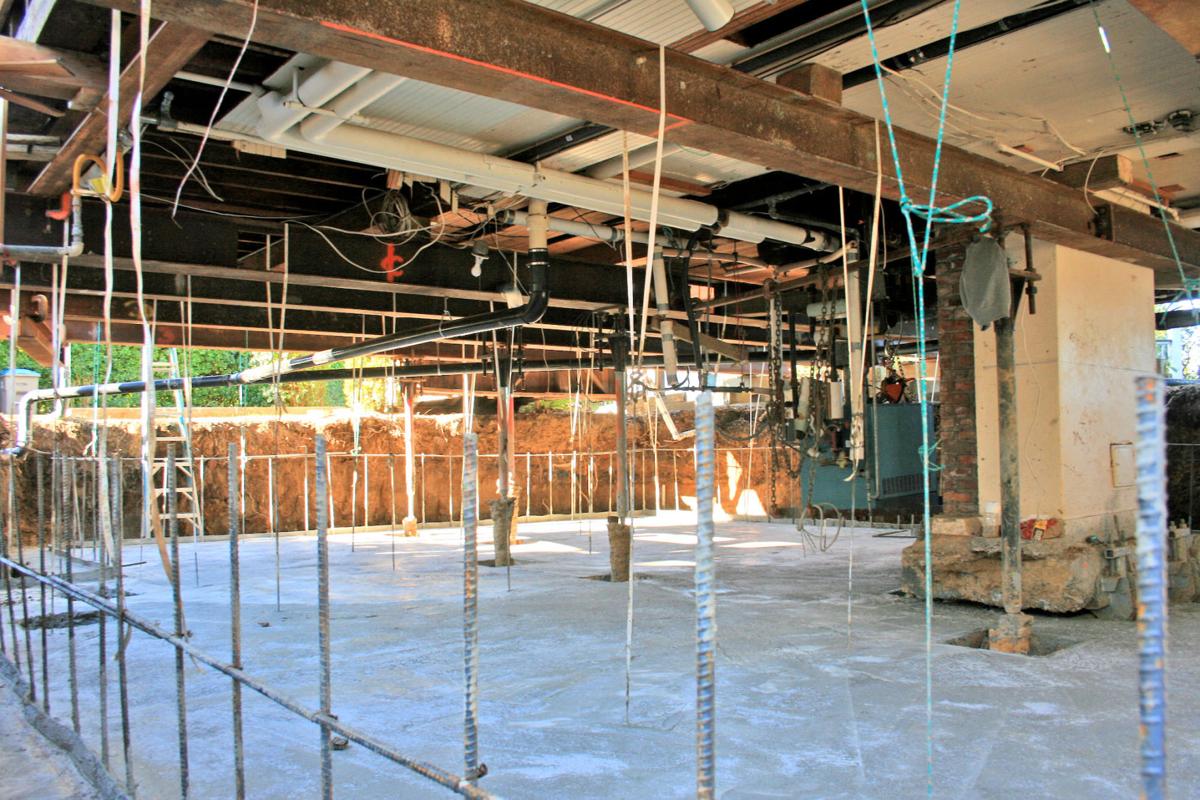 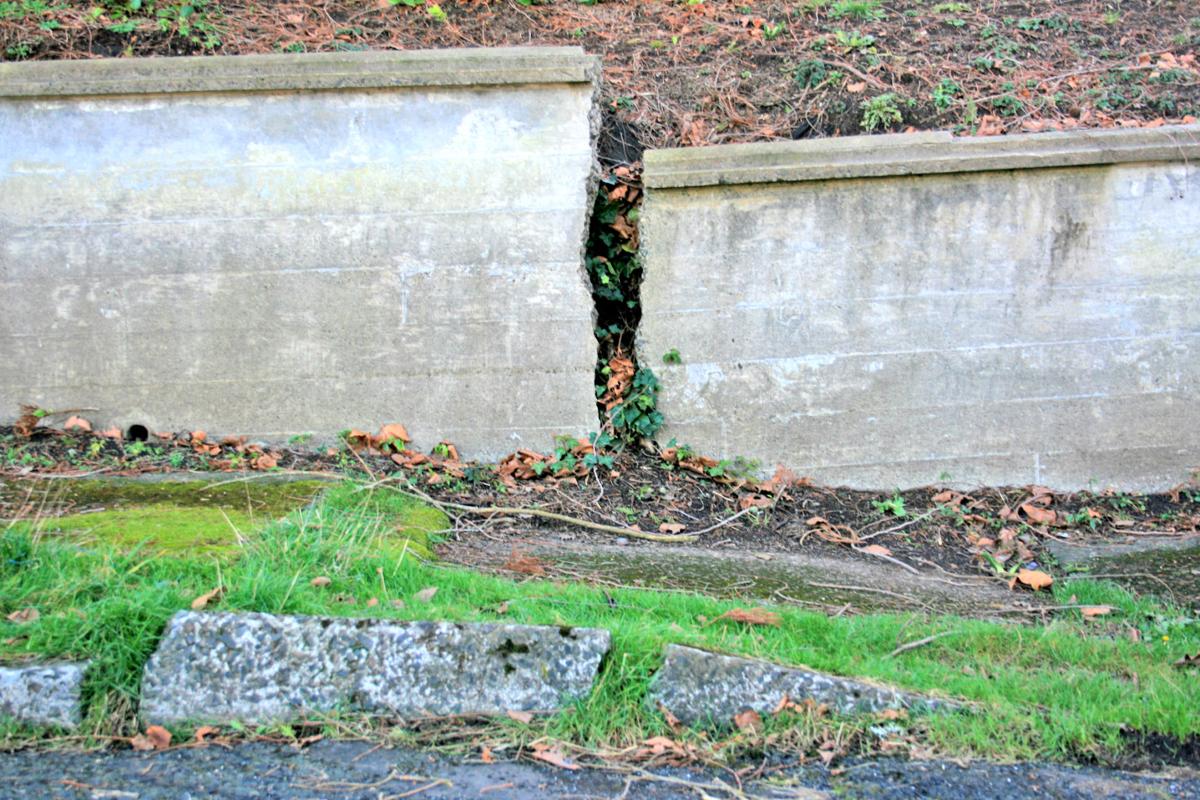 Uplift has damaged the property’s retaining wall and sidewalk. 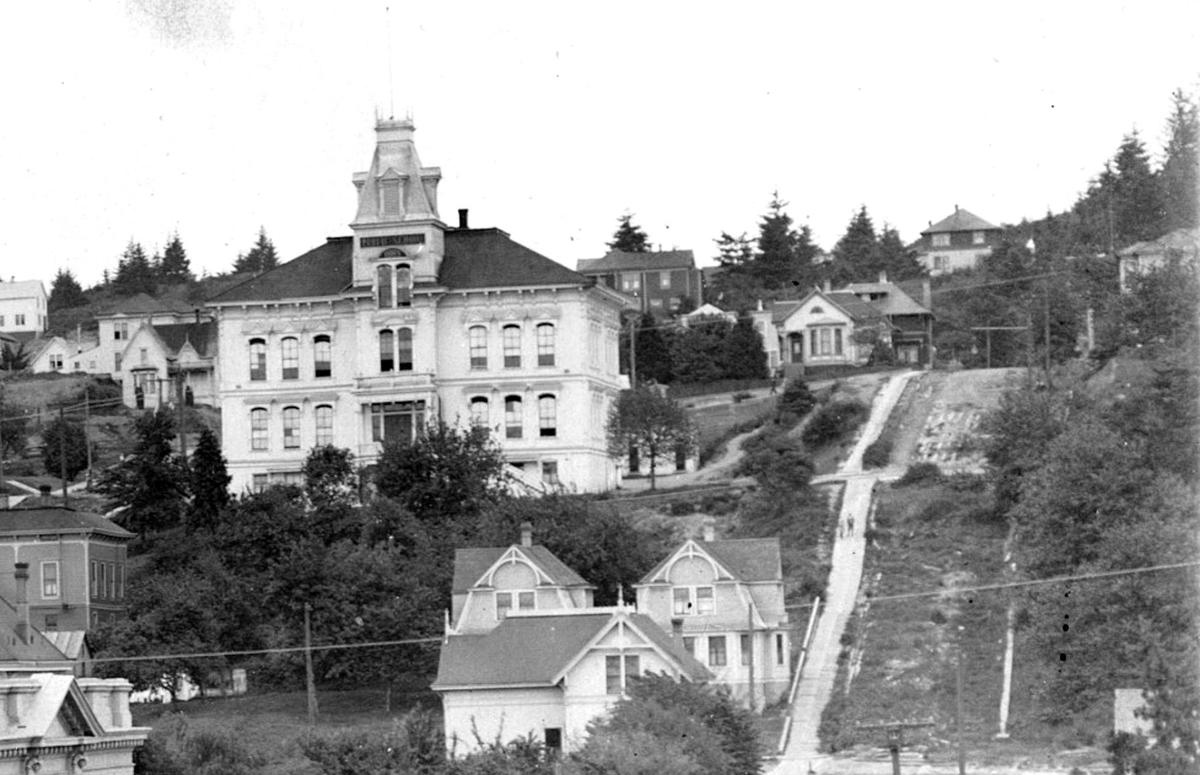 The original Forsstrom house can be seen at the top of the road to the right of McClure School. 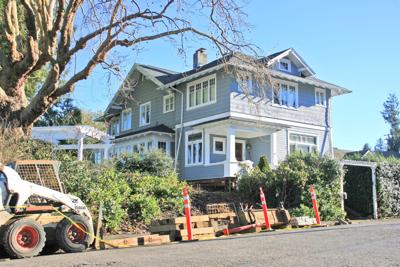 The Dr. Toivo and Allie Forsstrom residence is located in the midst of creeping hillside movement on 7th and Grand Ave.

The house is currently up on wood blocks and steel beams.

Uplift has damaged the property’s retaining wall and sidewalk.

The original Forsstrom house can be seen at the top of the road to the right of McClure School.

ASTORIA — Pete Serafin and Lauri Krämer Serafin were priced out of Washington and were looking for an affordable, vibrant town. Astoria fit the bill. The Forsstrom house cinched the deal.

“For me, I have a real affinity for post-Victorian houses,” explained Krämer Serafin. “I had been looking for a house for about six months and this was the only one we wanted to see [inside]…. As soon as I walked in, I told Pete ‘this is it.’”

The house, however, is in the middle of a creeping landslide. When they purchased the house last June, it was obvious that years of movement had taken its toll. The foundation was being torn in three pieces, each section moving at a different rate and in a different direction. In 10 more years, the house might be in danger. “It really needed to be saved,” said Krämer Serafin.

Here, the story gets murky. Some say the house burned while others say the Forsstroms demolished it. Another story says the Forsstroms rotated the house 90 degrees and constructed a new house around the old shell. All that is known is that the current house, Craftsman in style, faces east-west while the first house, a Victorian, faced north-south.

It is also known the new orientation was better suited for river view — but an unobstructed view did not exist when the house was constructed. McClure School, one of the most beautiful schools built in Astoria, stood across the street. Its back side faced the Forsstrom’s house. Its front classrooms faced downtown.

Constructed in 1883, the magnificent four-story, Second Empire-style structure loomed over the neighborhood. It also sat on unstable land. Shortly before World War I, the building began to slide. Parents panicked and had the school condemned.

“You can’t do anything until the foundation is done and the house is level,” explained Krämer Serafin, who said the house was 9 inches out of plumb. “The only thing you can do is demolish and take apart things that have been done to the house that you want to change.”

They hired Joel Bergeman to re-do the foundation and set the house “in plane.” His crew put the house on blocks and demolished everything below the first floor. Then, they dug down an additional two feet to allow for extra depth in the new foundation. The house will sit for about six months before it is attached to a foundation; portions of the house need to straighten out and settle. Not all of the building will return to level. For instance, a bowed section near the back will remain, but less so than when the project began.

Many times, new foundations are constructed with helical ties or anchors to hold the building in place. Here, the hillside’s slow movement will continue regardless of what is done on site. And, it moves with such force, ties and anchors would shear.

John Doyle of Stricker Engineering designed a different approach, called a rigid mat foundation. “We want the house to float,” said Bergeman. His crew poured a 12-inch-thick, steel reinforced, concrete slab over compacted rock. Later, they will pour a five-foot-high, steel-reinforced concrete perimeter wall; the eight-inch-thick wall will be inset 12 inches from the slab’s outer edge. The building’s 1,800 sq. ft. footprint will be secured to the wall. Everything will be tied together. As land moves in the future, it is hoped the “raft” will move with it.

Although they will not be permanently residing in Astoria for another year, Serafin looks forward to living in the house and using the basement. There, he will have a pottery studio among the home’s utilitarian spaces. Radiant heat will provide extra comfort. The heating system — a four-inch concrete slab embedded with coils on top of four inches of foam – will be placed over the rigid mat foundation.

The extensive project has gone smoothly. “There haven’t been a lot of surprises. It’s been fairly straightforward,” said Krämer Serafin. In addition to crediting the work of the construction crew, she added, “Our neighbors have been very supportive.”

Their future plans call for a bed and breakfast within the house. “I love this house. I love being in it,” she continued. “The vision is to have the house and share it with the community.”