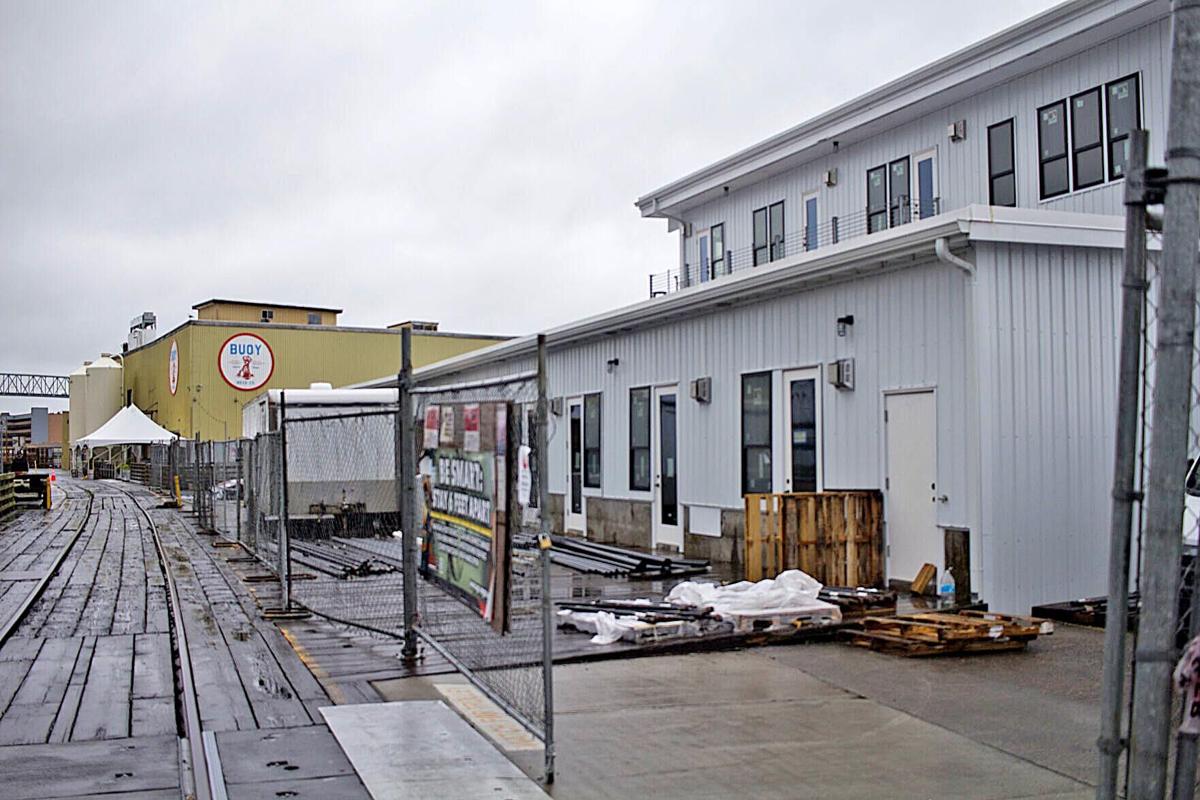 The Bowline Hotel near Buoy Beer Co. is scheduled to open in June. 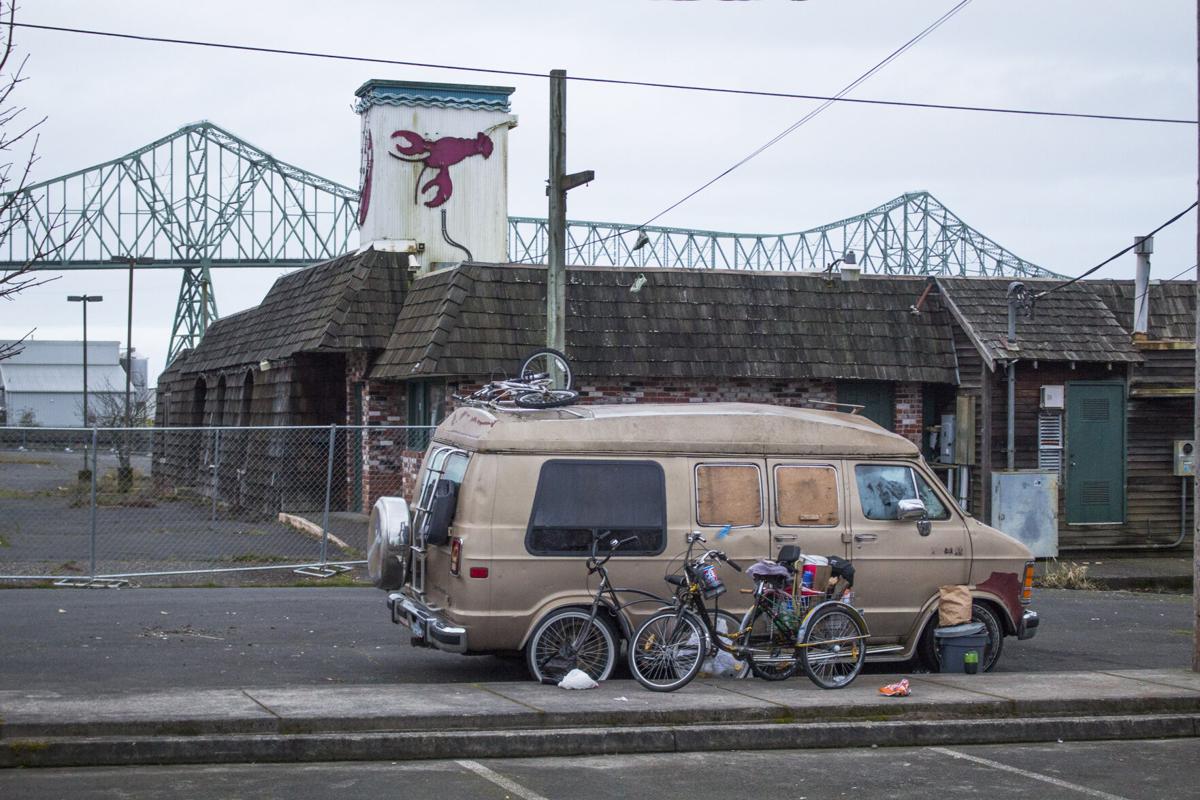 Astoria leaders have blamed developer Mark Hollander for dragging his feet on a project to build a four-story Fairfield Inn and Suites at the site of The Ship Inn, a former seafood restaurant vacant since 2017.

The Bowline Hotel near Buoy Beer Co. is scheduled to open in June.

Astoria leaders have blamed developer Mark Hollander for dragging his feet on a project to build a four-story Fairfield Inn and Suites at the site of The Ship Inn, a former seafood restaurant vacant since 2017.

Developer Mark Hollander made little progress after being approved for two-year permits in December 2018 to build a four-story hotel along the Columbia River in Astoria. In April 2020, he asked for a one-year extension, blaming the coronavirus for making it nearly impossible to finance construction.

But the city and other hotel developers have blamed Hollander for his own lack of progress amid a regional hotel market that, while momentarily shocked by the pandemic, is still healthy.

Hollander wants to build a Fairfield Inn and Suites for the Marriott hotel chain. The Astoria City Council approved the large, rectangular building plans based on existing code. But public outrage over how the development might block views spawned an amendment of city codes that would significantly shrink the height and mass of the hotel if Hollander cannot secure an extension.

Staff and the City Council have denied his appeals for more time. The Oregon Land Use Board of Appeals sent the denial back for a new hearing in April and a deeper look at why the city didn’t buy Hollander’s economic argument.

Hollander has presented several letters from commercial lenders in June and July of 2020 talking about the difficulty in getting financing, along with market studies about the drop in room occupancy at the start of the pandemic.

“When the bank says, ‘Look, we’re stopping construction lending,’ you can’t build,” Hollander told the City Council at the hearing. “Pretty much all of hotels are built with lending, and are invested in with lending.”

The city has argued that Hollander had 15 months prior to the pandemic to make progress in a strong market. Hotel construction in the U.S. hit an all-time high in March 2020, according to data firm STR Inc.

“The staff’s position is that the economic conditions of COVID did not start until one month prior to the extension request, not during the previous 15 months of the valid permit,” Rosemary Johnson, a planning consultant for Astoria, told the City Council at the hearing.

A report in January by Lodging Econometrics found that the construction pipeline for hotels was down only incrementally despite the pandemic, a presidential election and civil unrest. The number of projects and rooms grew each quarter in 2020 as the pandemic progressed.

Astoria pointed to two other projects — the Bowline Hotel scheduled to open in June near Buoy Beer Co. and the Hilton Home2Suites poised to soon start construction near the New Youngs Bay Bridge — as proof that hotel projects pushed forward through the pandemic.

John Ferguson, the Kansas City developer behind the Hilton, agreed that the market was still ripe during the pandemic for projects that had gone through permitting.

“They’re not exactly jumping all over themselves, but I had four lenders — real estate lenders — that definitely wanted to make loans to me,” Ferguson said. “Once we get our foot through the permitting process and get some finalized bids, we shouldn’t have any trouble getting our financing.”

Tiffany Turner, owner of Adrift Hospitality and a partner in Bowline, said the hotel’s financing had been locked in before the pandemic but was frozen for two months in spring 2020 by the lender Craft3.

“They said they did it to all of their current construction projects, regardless of what industry they were in,” Turner said.

But the financing had been reopened by June 2020, and the hotel is nearly finished.

Hotels on the coast were shut down during the initial stages of the pandemic. But after reopening, cities around the region reported strong performances over the summer and fall from Seaside, Oregon, to Long Beach, Washington.

“This has been one of our strongest performing years, if you take out the two months we were actually closed,” Turner said.

Hollander might have tipped his hand during the April appeal hearing as to why he actually needed more time. He relayed his concern over new, restrictive building codes created to prevent waterfront hotels like his in the future. The new codes limit the height and size of buildings, requiring view corridors to the Columbia.

A pause“As a developer, I have to take a pause,” he said. “I have to think about, ‘Let’s let the smoke clear and see what the city’s next move is in terms of changing the goal post on the waterfront.’”

His comments helped sway the City Council to again deny his appeal for more time. Astoria Mayor Bruce Jones said there were a variety of reasons besides the economics of hotels that made Hollander not move forward on the project.

“And then the pandemic happened, and that was kind of a good timing to have a reason to ask for the extension,” Jones said.

Hollander had until late this month to decide whether to appeal again to the state for more time on his hotel.