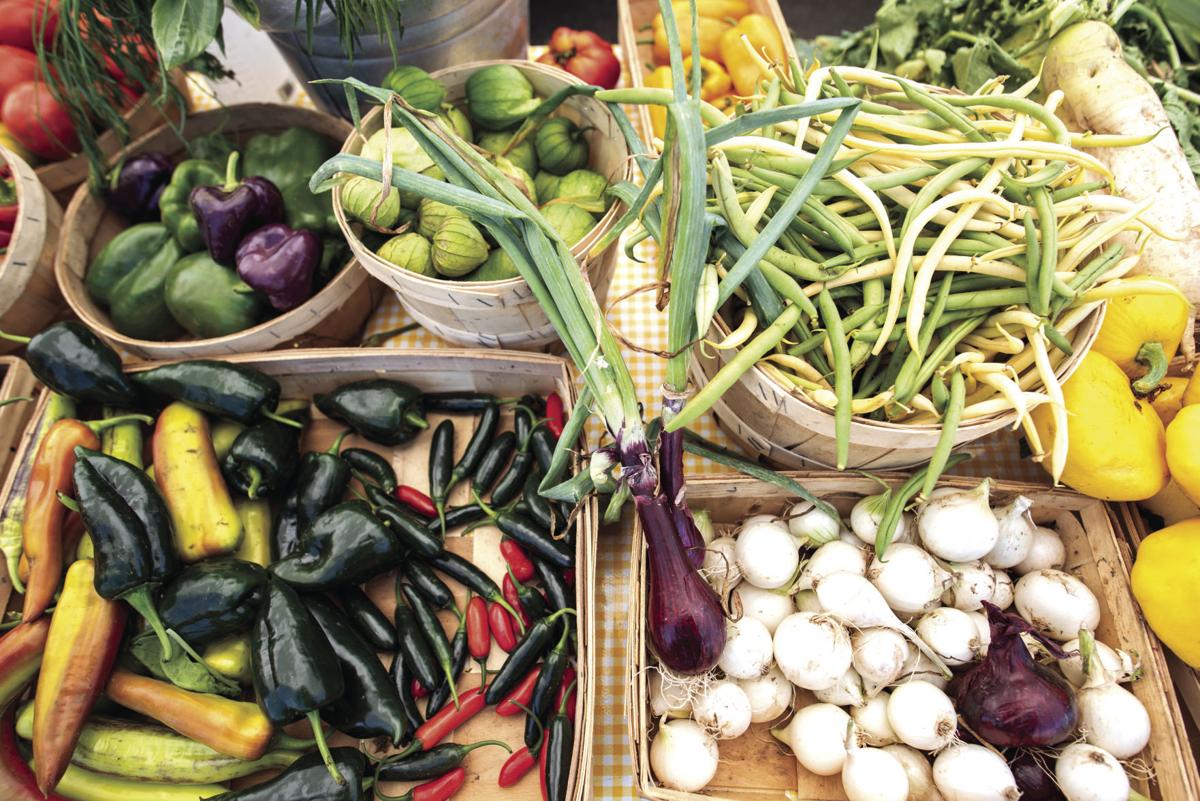 Vegetables sit in baskets at the Blackberry Bog table at the Seaside Farmers Market. 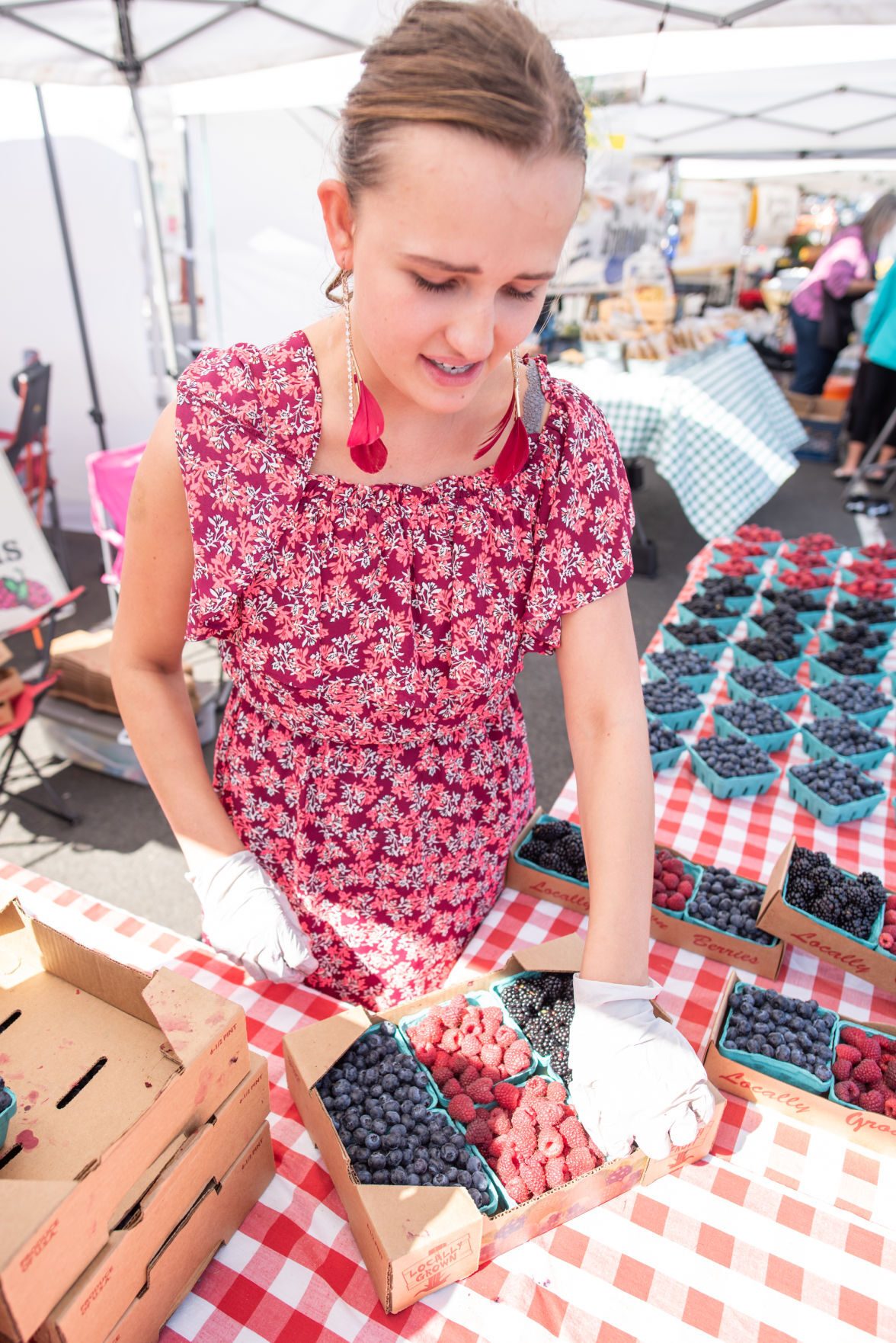 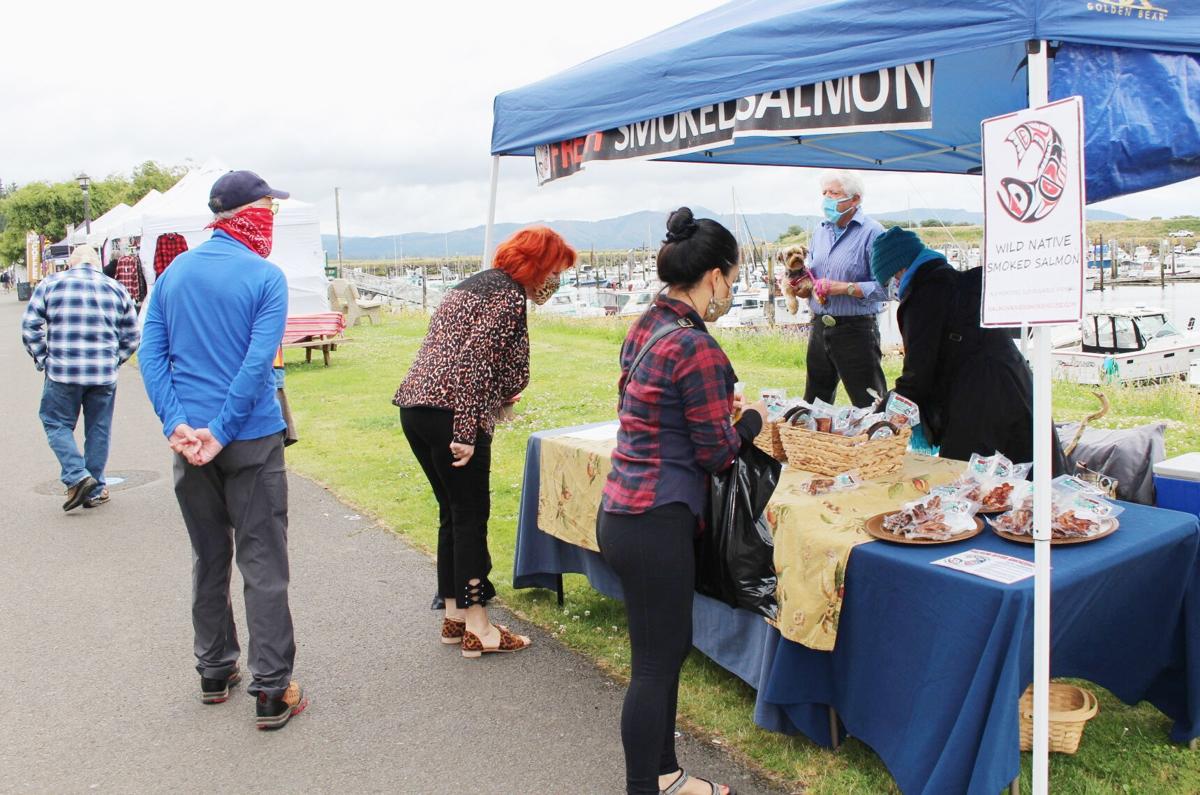 Customers buy smoked salmon from a vendor at the Ilwaco Saturday Market in 2020. 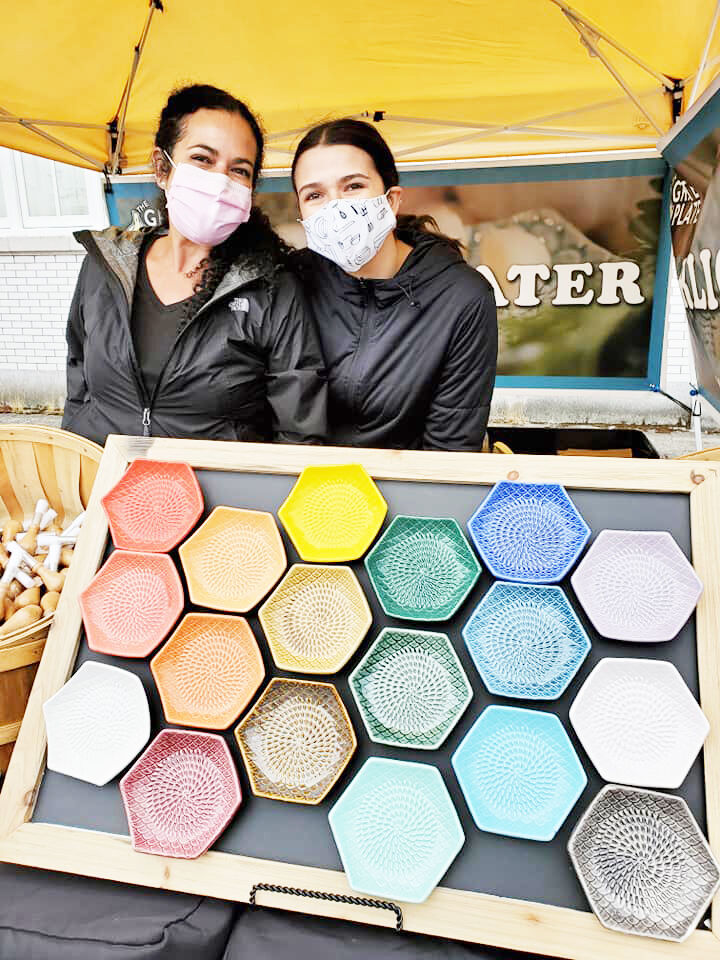 Vendors pose for a photo during the Astoria Sunday Market in 2020.

Vegetables sit in baskets at the Blackberry Bog table at the Seaside Farmers Market.

Customers buy smoked salmon from a vendor at the Ilwaco Saturday Market in 2020.

Vendors pose for a photo during the Astoria Sunday Market in 2020.

Vendors and market managers are gearing up for this year’s farmers market season with the hope that it will bring the community back together, while retaining measures meant to stem the spread of the coronavirus.

“People liked shopping outside rather than inside,” Wildt said. “The report I got from everyone who attended was they felt safe there, which was great because we wanted people to come get fruits and vegetables and not feel worried.”

Jenna Austin, president of the Ilwaco Merchants Association, said the Ilwaco Saturday Market is the reason she and her husband, Don Nisbet, decided to move their business to the area.

The couple, originally from Battleground, Washington, were vendors at the market and did so well there that they decided to open a permanent business by the Port of Ilwaco, the Don Nisbet Art Gallery.

“The Ilwaco Saturday Market is a great place for the community to support local small businesses, artisans and farmers,” Austin said. “Our produce vendor has been at our market since it started about 20 years ago and is a market favorite.”

Though the Ilwaco market started late last year due to the virus, the market opened on time this year on May 1. It’s expected to be open on Saturdays through September.

“It was a really big deal last year to have it open and we were excited to open on time this year,” Austin said.

Shelby Meyers, the new market and promotions manager for the Astoria Sunday Market, said she prepared for the market’s opening by calling all the vendors to get to know them.

The market, now run by the Astoria Downtown Historic District Association, is running on Sundays from May 9 to October 10.

“The past couple months I’ve been working with COVID regulations and trying to simultaneously make sure it’s as safe as can be while getting as many vendors selling as possible,” Meyers said. “The Sunday market has such a strong community that I’m getting to come into and get to know.”

Some vendors have been selling at the Astoria market for its entire 21 years.

“That culture of people who’ve known each other for decades is unique and the relationship to downtown Astoria is special,” Meyers said. “The fresh river breeze and views are special and the brick-and-mortar business community adds a great foundation for the market to thrive in.”

The Oregon Farmers Market Association has been acting as a resource during the virus, providing information on updates of guidelines and advocating for the markets. All stands were 10 feet apart, arrows were set up to mark the flow of foot traffic, hand sanitizing stations were available and masks were required. These guidelines are expected to remain in place this season too.

In addition to the restrictions, vendors have also been navigating a lack of supplies. Jars were hard to come by because of the popularity of home canning, flour for baked products was scarce because of the bread-making trend and elastic material to make masks was running out as well.

Austin said the Don Nisbet Art Gallery usually makes and sells T-shirts, but certain sizes haven’t been available. She said her husband adapted to the changes.

At the Seaside market in 2020, restrictions called for all food vendors to serve to-go food only, and there couldn’t be any music.

But this year, depending on the county’s risk category at the time, food booths may be allowed to open and music can return to the Seaside market while eaters and listeners spread out and keep their distance.

“It’s nice to have music at the market and for musicians to be able to play again, it’s more lively,” Wildt said.

Austin said she expects to have music at the Ilwaco Saturday Market this year too, as long as guidelines allow it.

The Seaside Farmers Market, scheduled for Wednesdays from June 16 to Sept. 29, is planning to have a Oregon Trail Card SNAP program matching up to $10 as well as a Double Up Food Bucks program that provides an extra $10 in tokens for food.

“It will help stretch the dollars for people who would like to buy fresh produce, and all that money is going to local farmers and artisans who make food,” Wildt said.

Meyers said she hopes to have the Oregon Trail Card SNAP program available later in the summer at the Astoria market too. After a scaled-down year of 2020, the Astoria market is expanding back into its usual footprint while spacing out the stands. Meyers said the food court will be open, but no live music is scheduled yet.

“Adaptability and engagement with neighbors is something I hope we continue,” Meyers said. “We’ve learned the value of taking care of each other.”