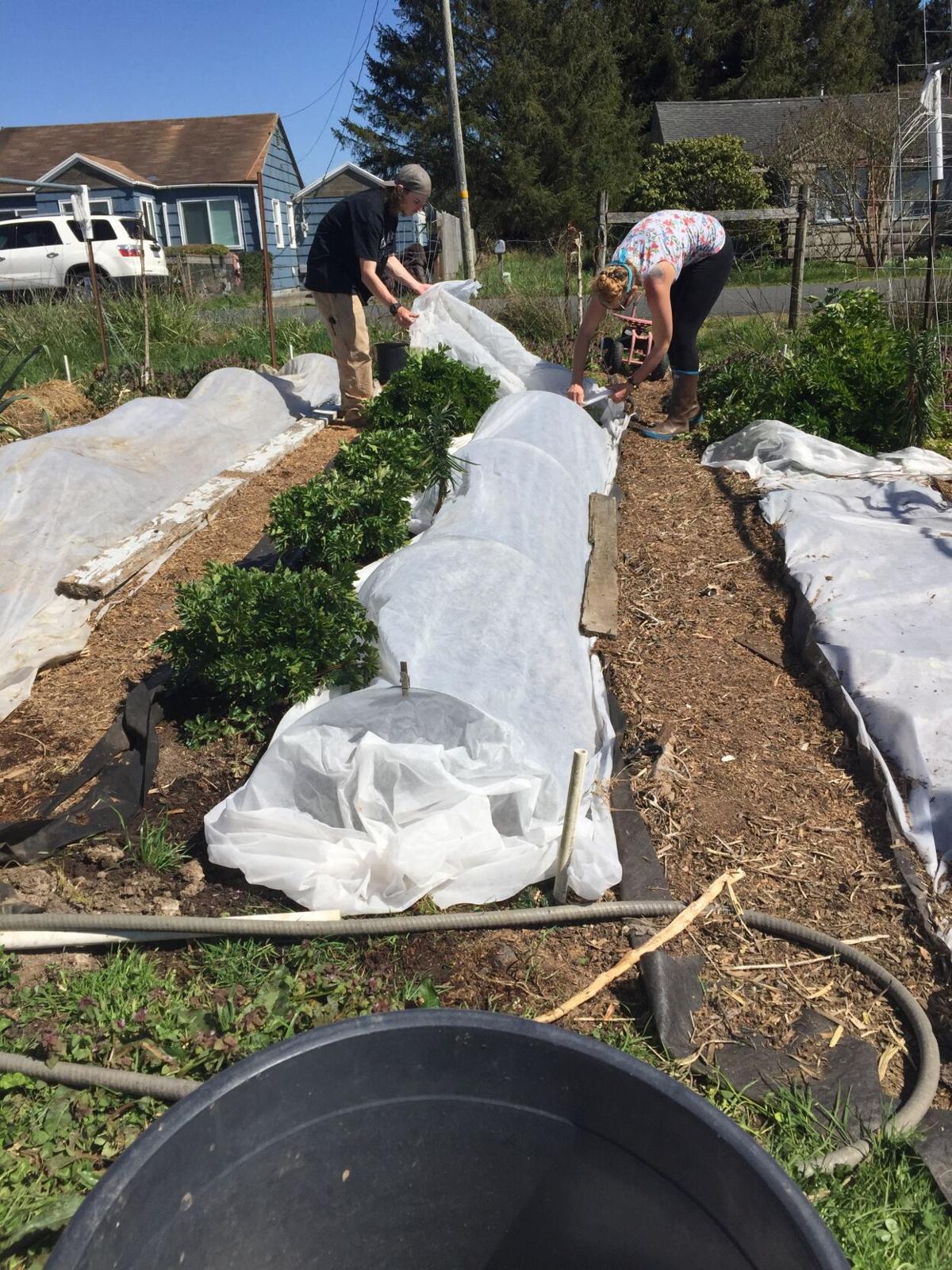 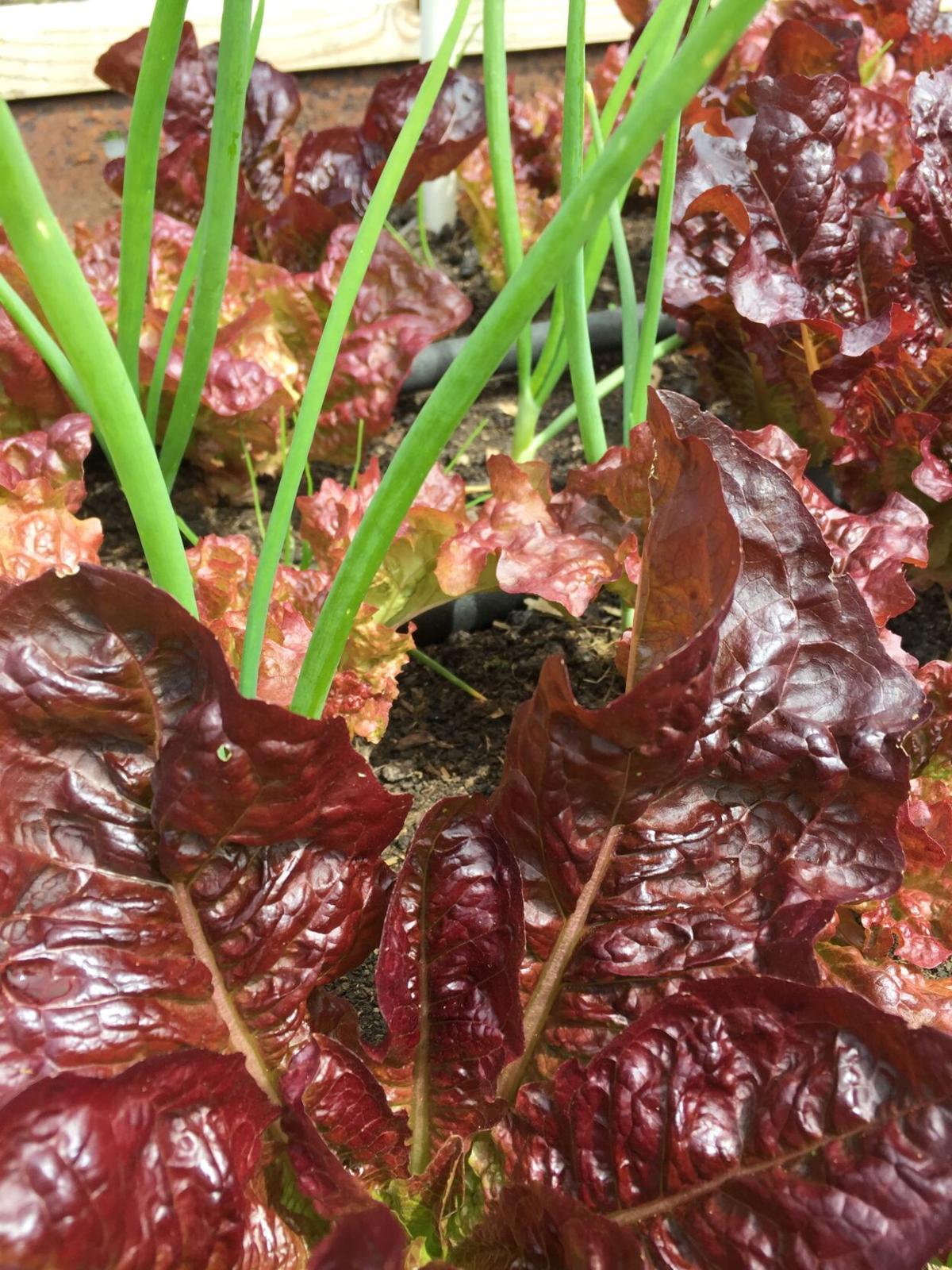 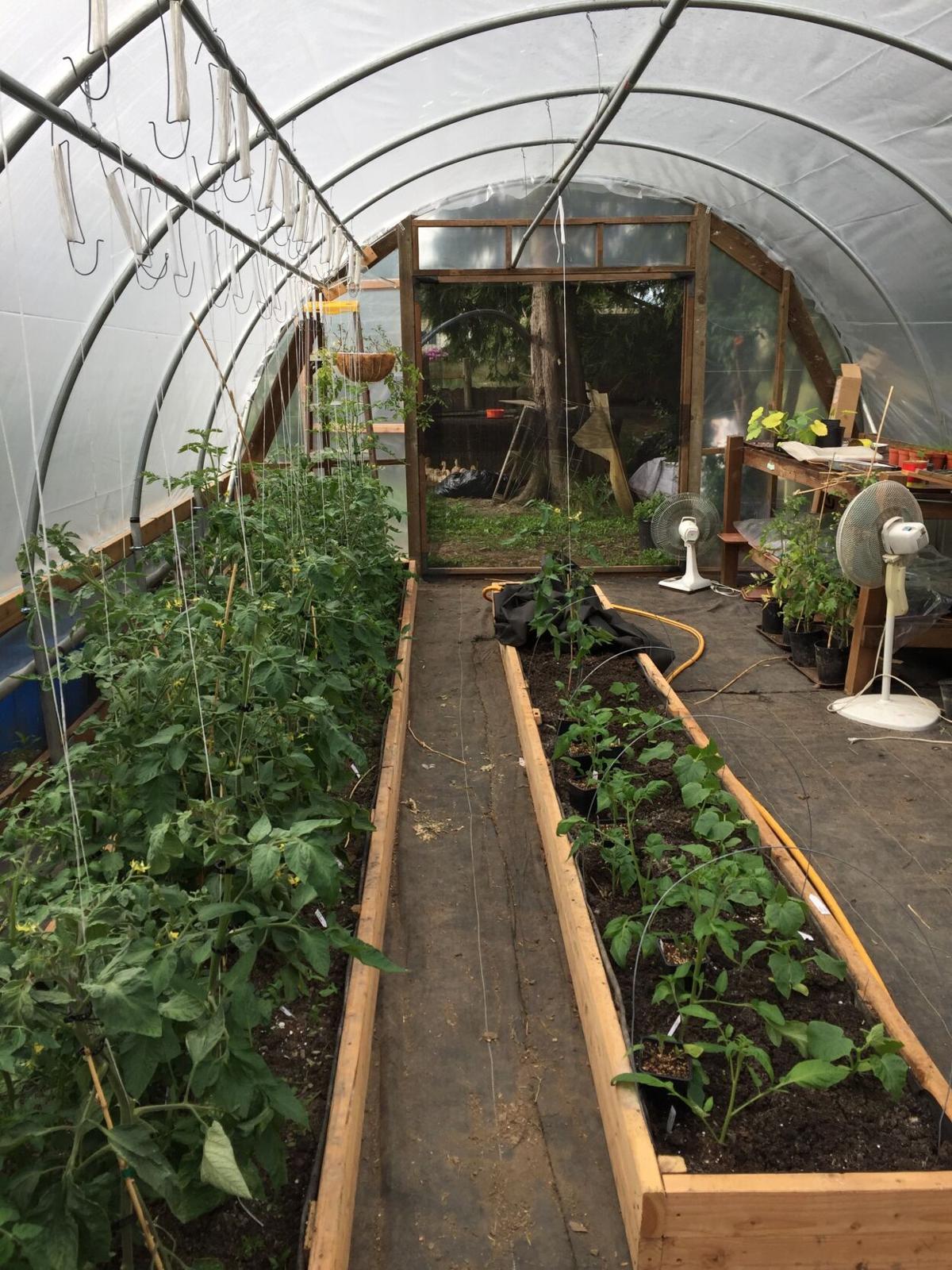 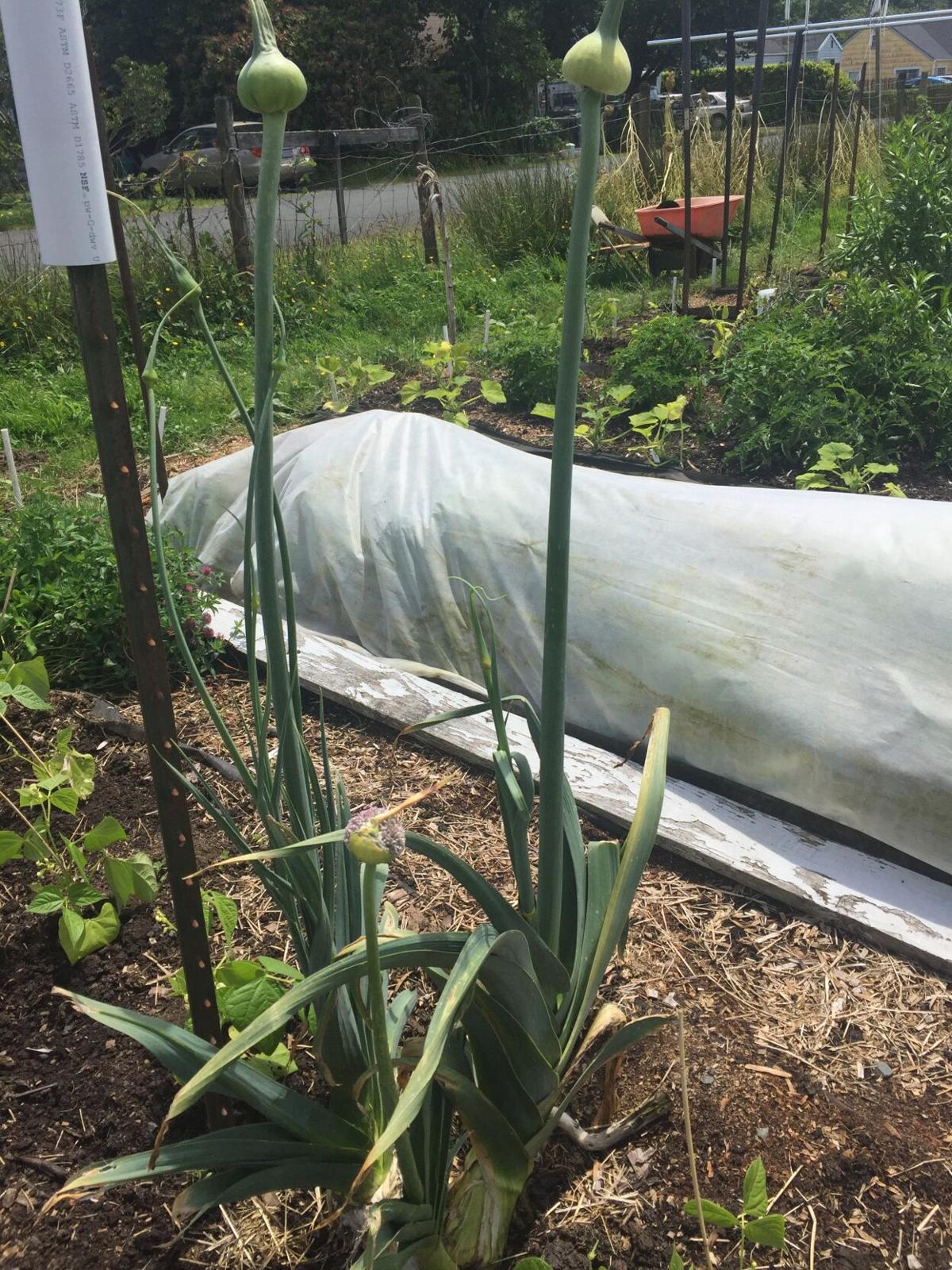 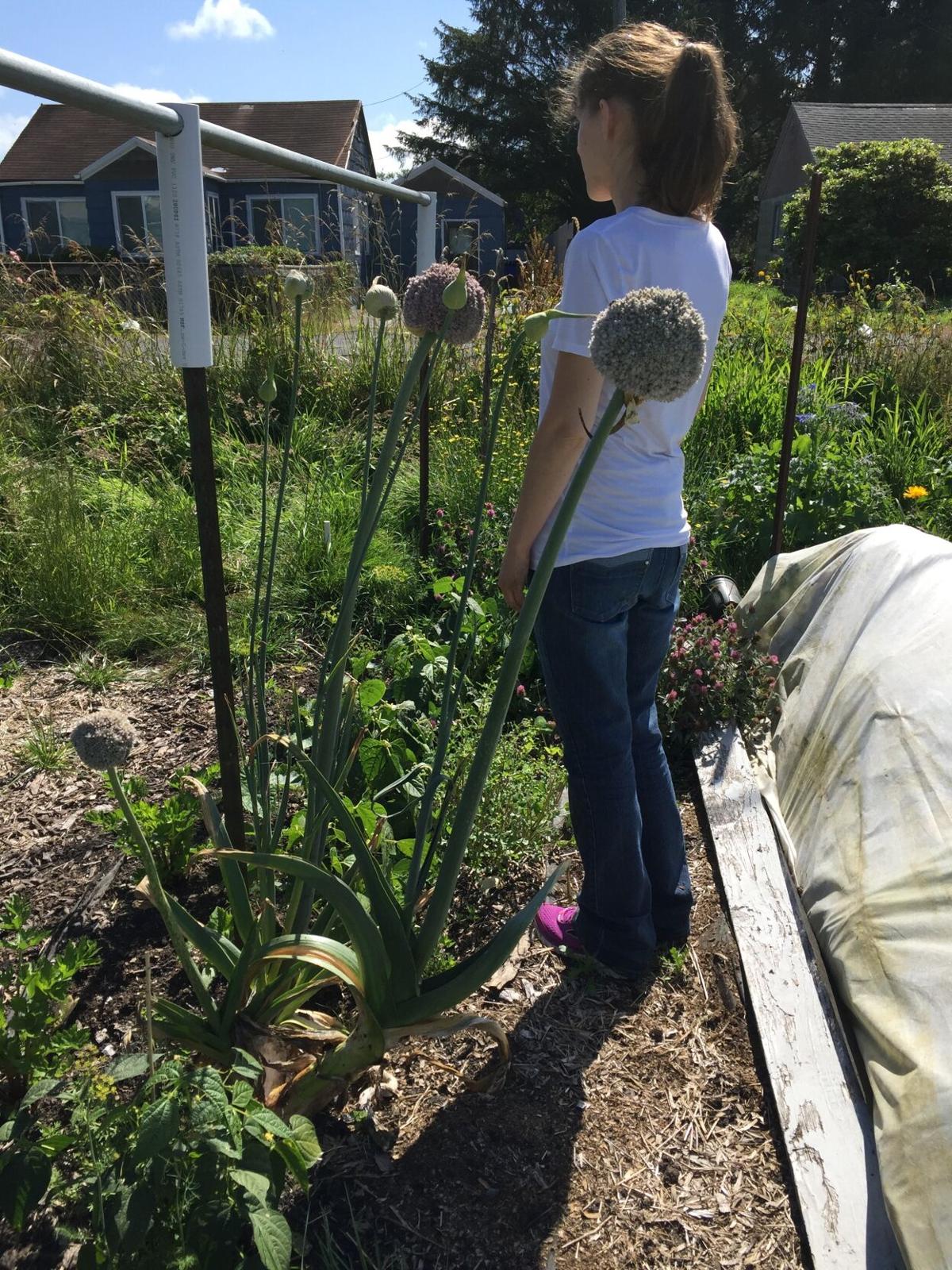 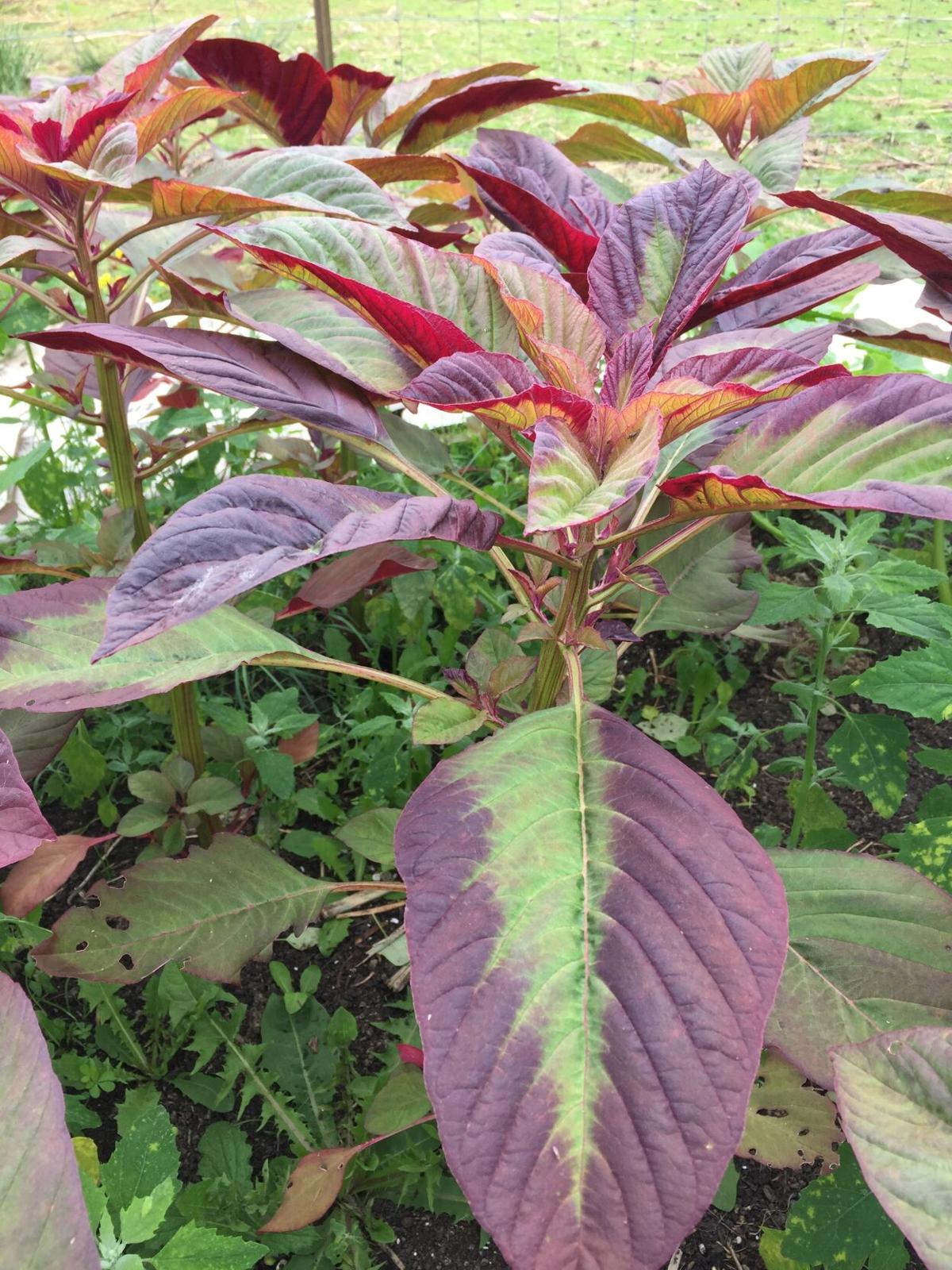 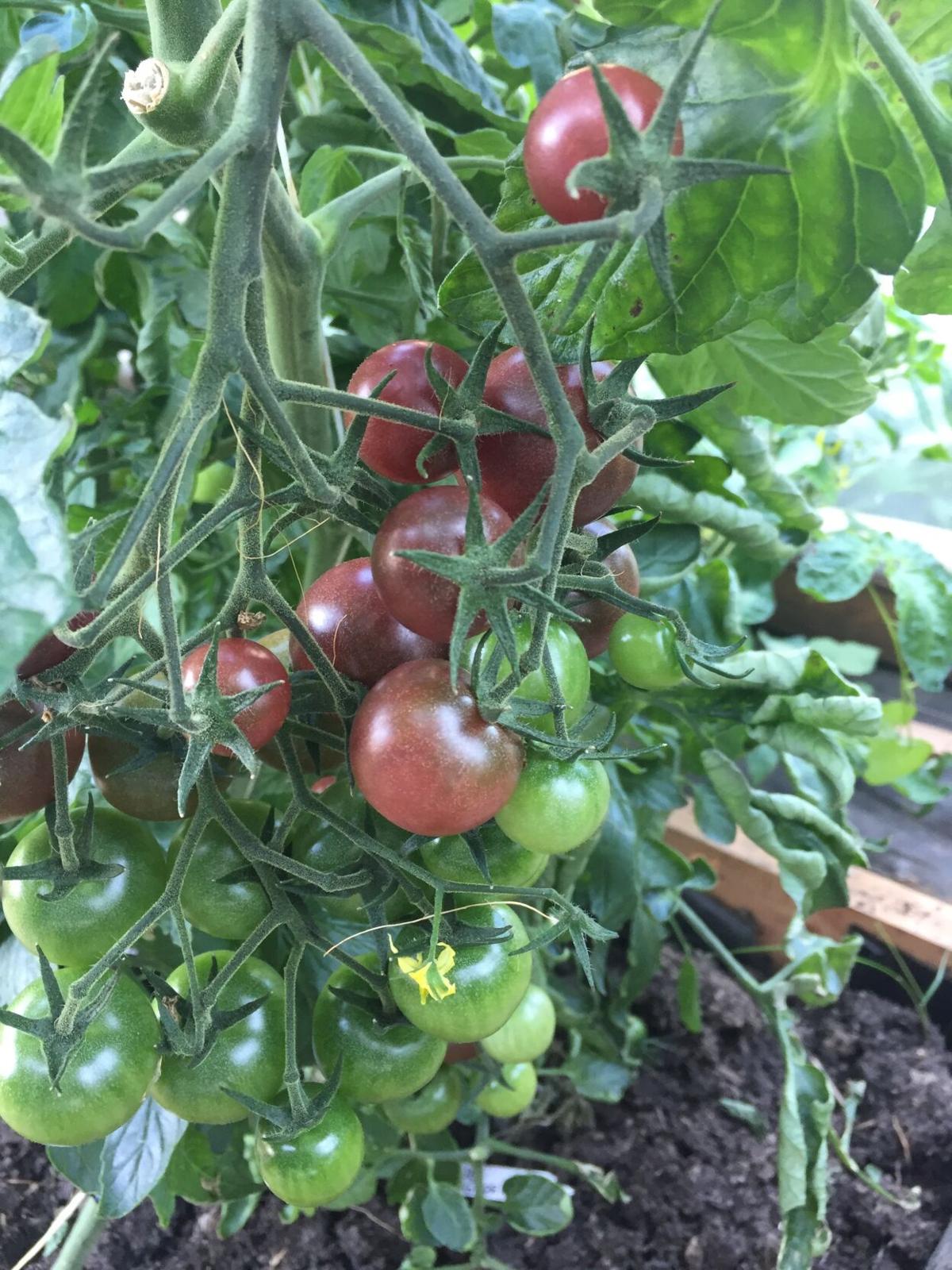 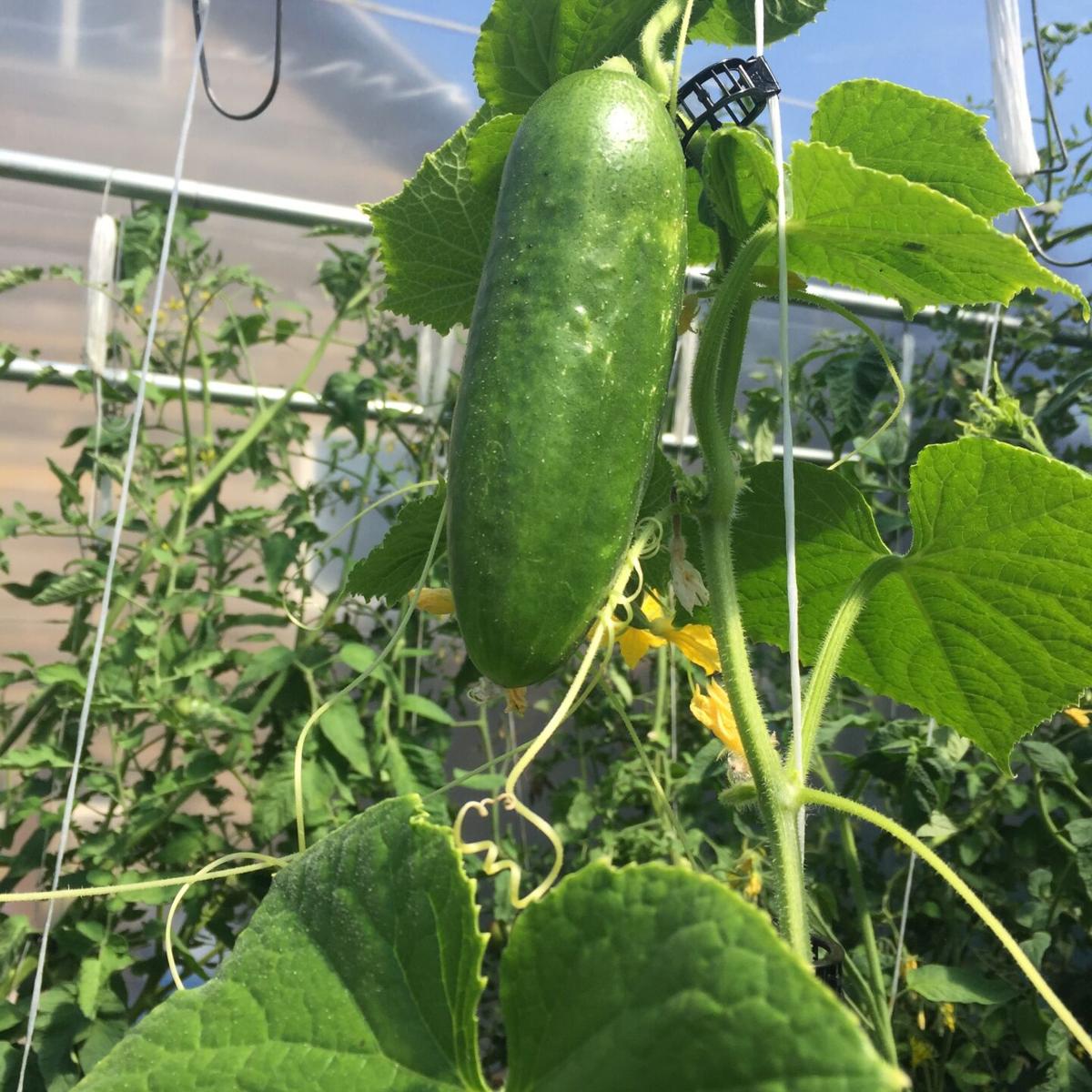 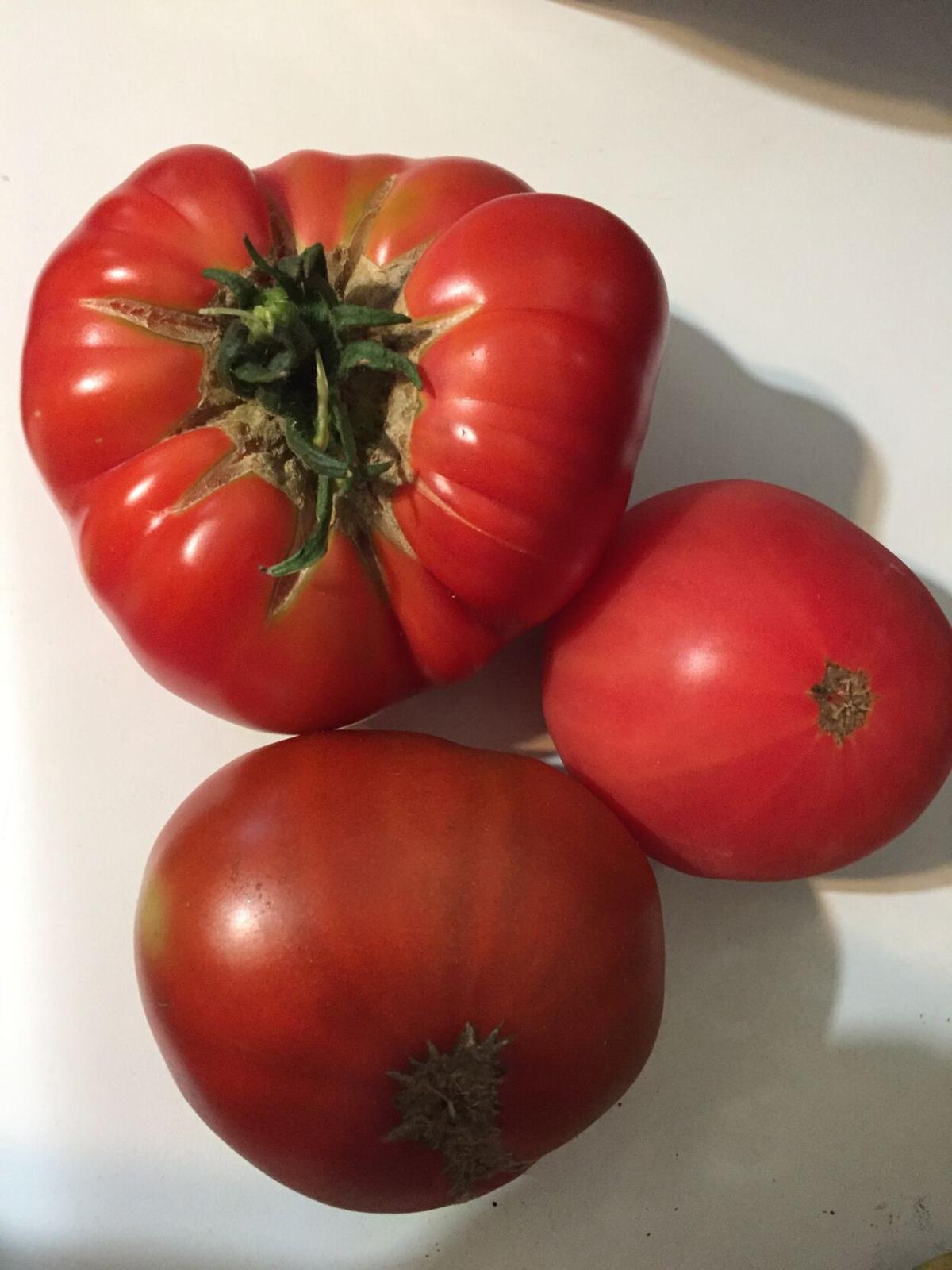 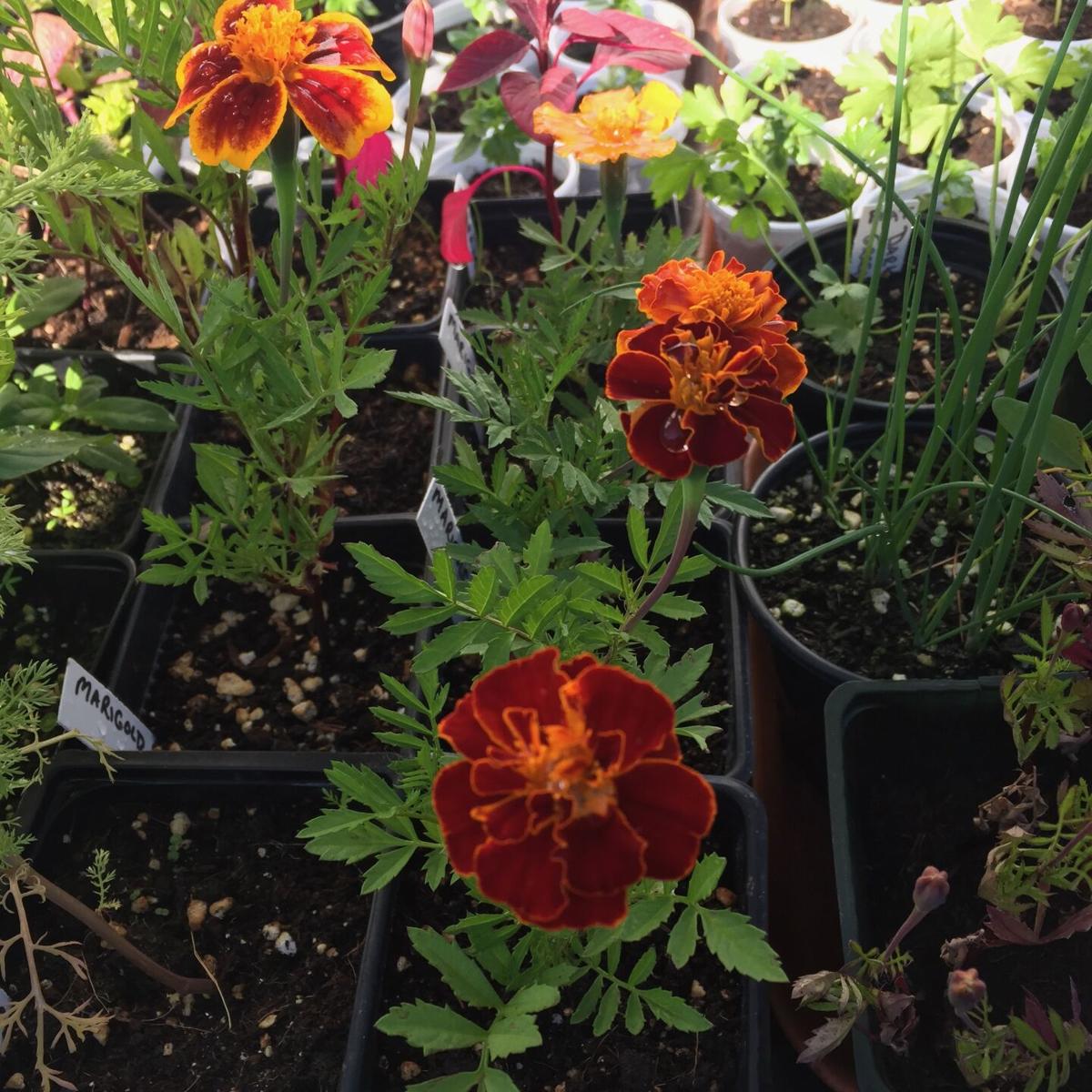 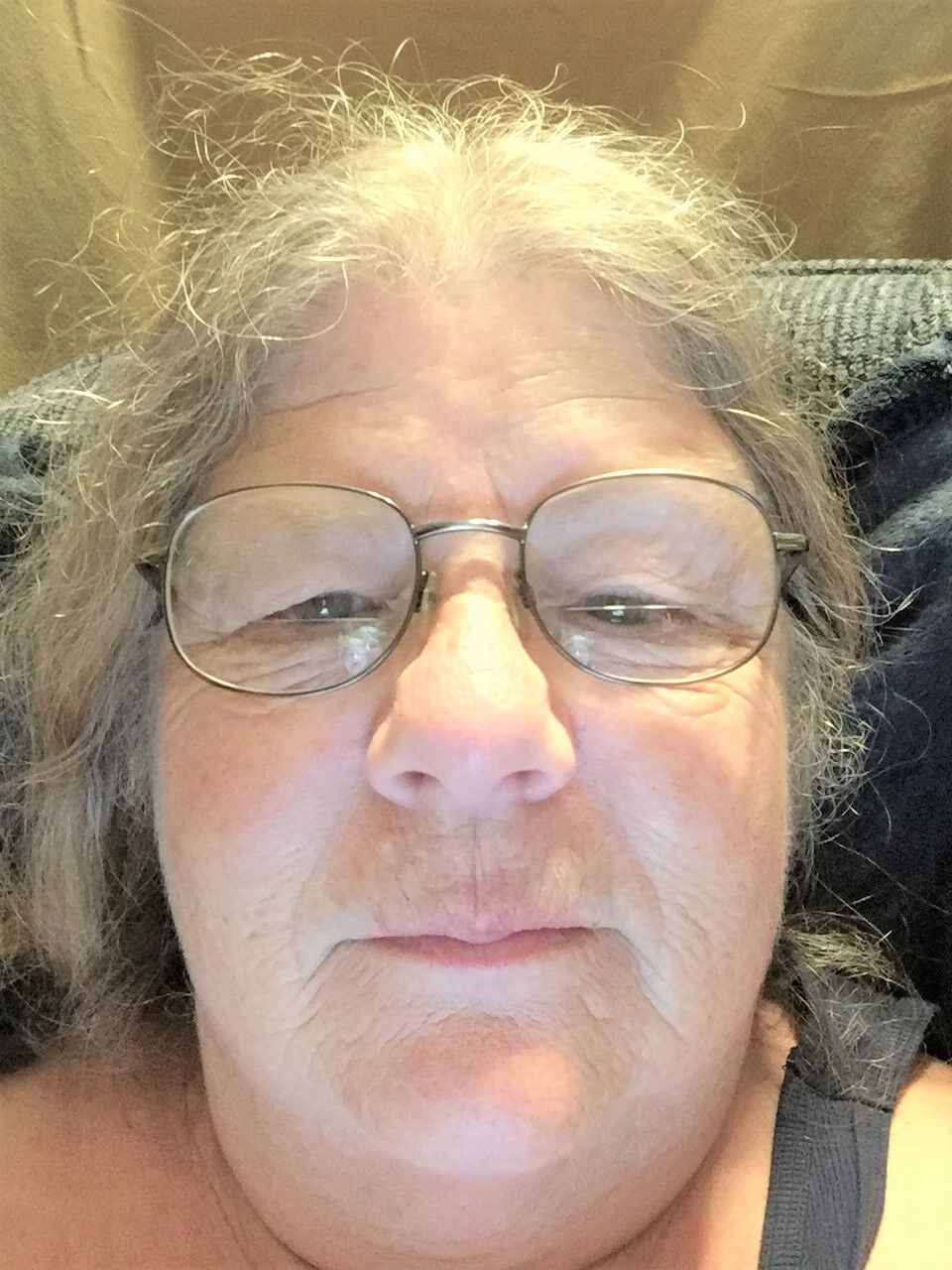 “My name is Virginia Hall.”

I saw on your Facebook page that you grew up around animals in Montana. Could you tell me about that?

“In Montana we had animals or lived on farms from the time I was born and I believe one of the first places we lived was on a cattle ranch where a man owned rodeo stock. One day, he brought a rodeo bull over there. My baby brother and I were outside playing in the yard and we had an Australian shepherd dog named Cindy.

“Cindy was always well behaved and never came in the house. That day, she came to the house and scratched on the door and my mom went and saw the dog, shut the door and went about her business. The dog scratched at the door again and my mom went out and saw the bull and ran to us. She had just enough time to grab the two of us, with the dog running after her. The bull would’ve killed us. Cindy was quite a dog.”

Wow. And how long have you been here in Oregon?

Could you tell me about the farm?

“I have sheep, chickens, ducks, geese, turkeys and guinea hens. I started vegetable gardening fairly seriously when I moved here but I had a lot of issues I didn’t understand because, just like most people, I had never been educated about gardening. Then I had a health issue that kept me mostly immobile for about five years. So I had a lot of time and I started investigating gardening on the internet, especially on YouTube, and I was intrigued with permaculture, no-dig gardening, Ruth Stout gardening and all the other various methods of no-till gardening.

“My garden is now no-till and I’ve found it’s way easier than the other option. The method I teach incorporates the best parts of all those I studied. Because I spent five years learning it, I thought I was qualified to teach it, so I do.”

Could you tell me about the classes you teach?

“I teach through Community Ed at Clatsop Community College during winter quarter and spring quarter. The class I teach has two parts. The first part covers more business about the soil and the second part is more business about the plants. They’re called ‘Vegetable Gardening in the Pacific NW: Getting Started’ and ‘Vegetable Gardening in the Pacific NW: Let’s do it!’

“They were really popular when they were first held because nobody had ever done anything like that at the college. The first class was winter of 2019 and 2020. Of course by the end of the class we had COVID-19 and they canceled the second class and went on Zoom from there.”

I also noticed you are a veteran. Do you want to talk about that?

“I was a dental assistant in the Air Force in the early ‘70s. After training I was stationed at Homestead Air Force Base (now known as Homestead Air Reserve Base) in Florida. I was awarded the Air Force Commendation Medal. Nobody else in my clinic got that award, just me, and it was for the quality of my work.

“My second place to be stationed was in Germany. After that I moved to Dover, Delaware. That was when I first had my own garden. Delaware is one of the best places to garden.”

“Rain is a little more moderate there than out here. They get 50 inches of rain instead of 100. But if you’re going to succeed in gardening on the West Coast you have to be a little smarter than the average gardener. There’s a lot of complications. Everything is rain-oriented and the problem is the excessive rain. You have to understand how and why the plants grow in order to make plants do things they wouldn’t normally like to do.”

Is there anything else you’d like to say about yourself and what you enjoy doing?

“Mostly I enjoy outfoxing the climate.

“There’s a picture of part of my garden in blankets, extensive coverings during oddball times of the year. I experimented with pushing the envelope and discovered there’s some things that don’t work no matter what you do. A bean is only going to be happy when it’s warm, it’s not going to be happy if it’s cold. But the blankets help tomatoes. The smartest thing to know about tomatoes is to plant the right varieties. Dr. James Baggett at Oregon State University developed a tomato called ‘Oregon spring’ and it’s one of the best ones to plant here.”

“There are other outstanding botanists at the teaching universities in Oregon and Washington. They figured out what kinds of breeding a plant needed to have in order to start in our climate and perform well. Another one is called ‘subarctic plenty’ and it’s one of the fastest-growing tomatoes in the world. You can have ripe tomatoes in less than 40 days after transplanting. The weather doesn’t have to be that great either, but the warmer you keep it the better.

“I had two outstanding tomatoes, ‘trip-l-crop’ and the other was just plain ‘black cherry.’ For both of them, my vines were 12- to 14-feet-long in the greenhouse. They produce great tomatoes.”

Where can people buy your products?

“Through the North Coast Food Web. I’m going to do an April 22 popup at the food web for starting plants. At the Sunday market my booth will be over by the corner of 12th and Exchange streets. I was invited to the Seaside market on Wednesdays so I’m seriously considering that one too. I’ll have all my starting plants, berries and all my vegetable starts. The tomato starts in the greenhouse right now are jumping out of the dirt in excitement. I must have planted at least a hundred Oregon spring plants so nobody should say they couldn’t find one. I also sell to private restaurants, mostly to Drina Daisy.

“I sell chicken and duck eggs through the food web. Also frozen chickens. I will have wool at the Sunday market and Seaside market.”

“Without support from the public we would not be able to survive. We’d be back to being hobby farmers.

“I feel we haven’t scratched the surface of the kind of participation we’ll be getting in a couple years. A local food source is essential if you have any catastrophic national problem that interferes with shipping. You can’t just expect the farmers to pop up when you need them, they have to be here all along.”