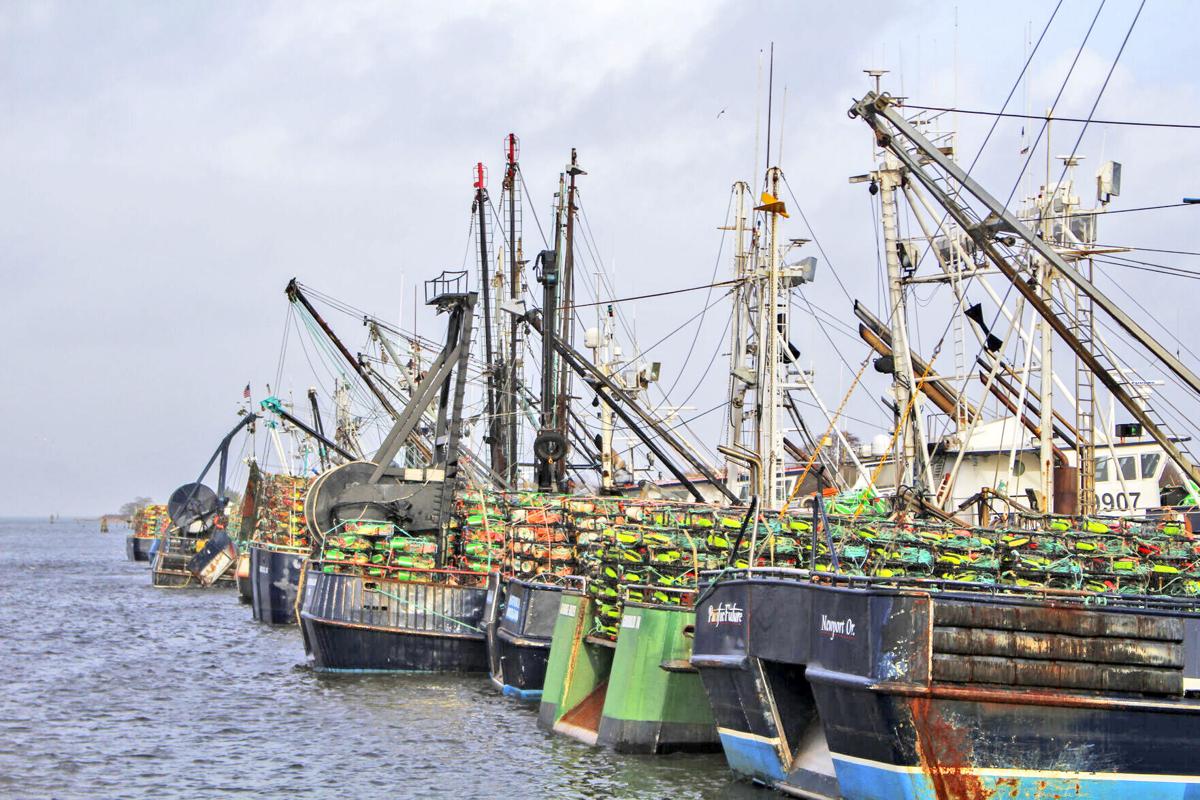 Price negotiations and domoic acid levels kept most Dungeness crab fishermen at the docks into 2021. 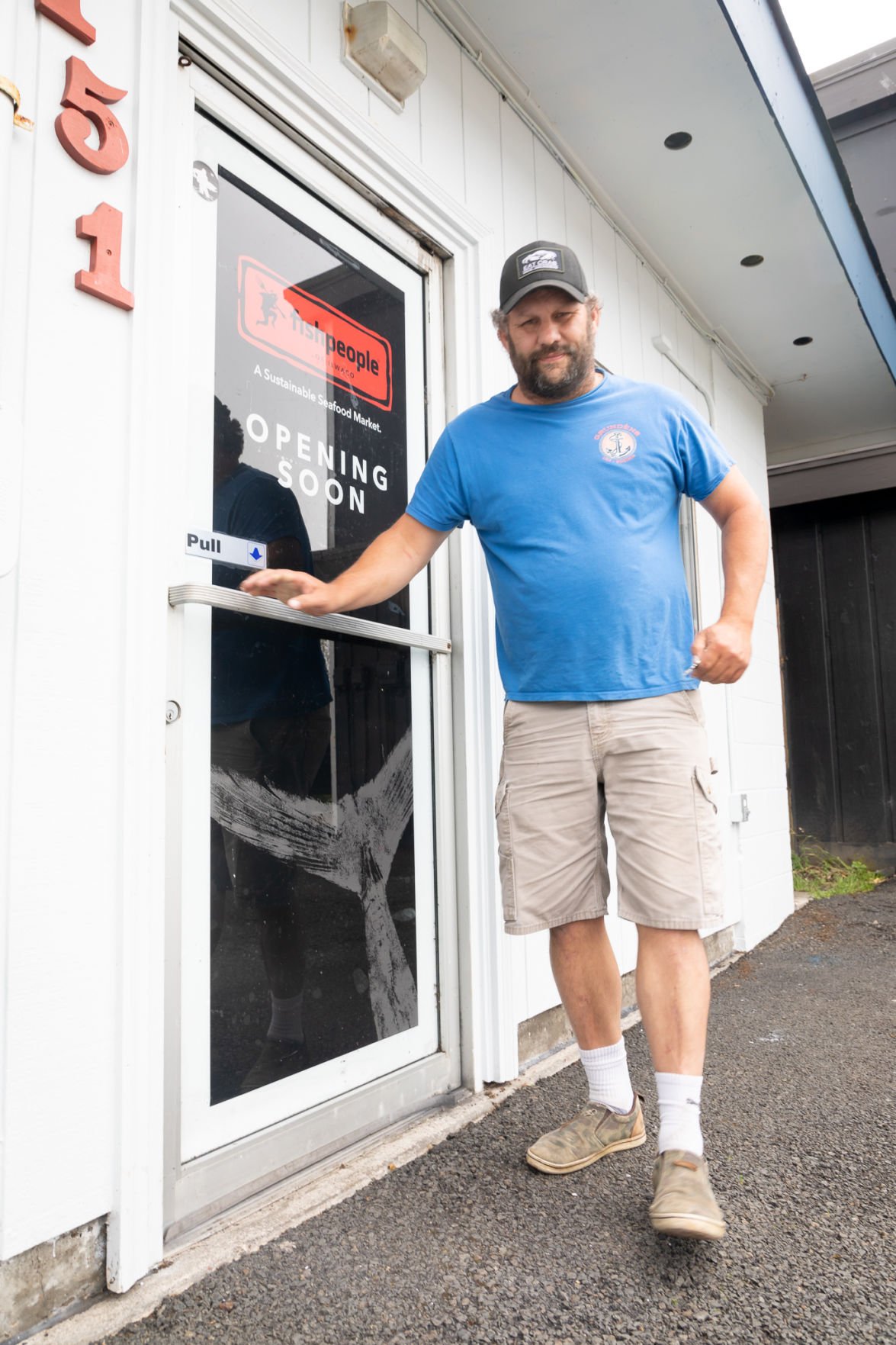 Mike Shirley is a co-owner of Ilwaco Landing and the nearby retail shop Fishpeople.

Price negotiations and domoic acid levels kept most Dungeness crab fishermen at the docks into 2021.

Mike Shirley is a co-owner of Ilwaco Landing and the nearby retail shop Fishpeople.

It’s been four or five years since Mike Shirley, a co-owner of Ilwaco Landing, has been able to land fresh Dungeness crab for Christmas. Shirley and other partners also own Fishpeople Seafood, a retail market in Ilwaco.

Amid climate change and worsening ocean conditions, Shirley and other shops and buyers have had to adapt to fresh Dungeness crab no longer being a staple for Americans during the holidays.

Fisheries managers in Oregon and Washington most recently delayed the start of crab season through at least Jan. 15 because testing showed dangerously high levels of domoic acid in the viscera. The delay meant no crab could be landed north of the Port of Garibaldi.

Malcolm Cotte, who opened FishStix Seafood Market in Warrenton in November, had one case of whole-cooked crab available just before Christmas. All of his wholesalers were out because of delays related to domoic acid, lackluster shellfish growth and whale entanglement rules in California.

Clams and oysters picked up the slack. But it was a challenging first holiday season trying to build a customer base for Cotte without fresh Dungeness crab.

“Probably less than 50% will settle for previously frozen,” Cotte said of his customers.

Tom Novotny, a spokesman for the Oregon Dungeness Crab Commission, said the fishery has had some of its best years financially over the last decade despite delays into January becoming routine.

“The fishery hits usually 80% of the catch in the first week, and that seems to be a fairly standard mathematical equation, whether it’s the first eight weeks after January, or whether it’s the first eight weeks starting in December,” Novotny said. “The big impact is usually felt a little further outside of the main overall big picture. It’s usually down in the communities, I think is where the impact gets felt the most.”

This year hit particularly hard, Shirley said, with the coronavirus pandemic zapping the customer base for fresh crab starting with the Chinese Lunar New Year almost a year ago.

“For me, the Chinese new year is just as important as the Christmas holiday,” he said. “Last year, they shut us down. We were shut down right before the Chinese New Year. They canceled the biggest celebration they have in the world.”

Shirley’s restaurant distribution has gone down by 80%, he said, with wholesalers buying a fraction of what they used to. A spokesman for the West Coast Seafood Processors Association said that government closures during the pandemic had caused demand for crab at restaurants to fall by 70%.

The coronavirus has added even more uncertainty to typically tense price negotiations that kept most West Coast crabbers at the docks in December.

“It’s definitely a significant impact to the price when you remove the customers,” Shirley said. “It’s supply and demand. And a lot of fishermen are basing prices on a live market, when truly the frozen, cooked market is what makes this whole industry solid.”

The closer the opening date gets to the Chinese Lunar New Year, the weaker the live market in Asia will be, Shirley said. But he expects a strong, pent-up domestic demand.

“You’re going to have a lot more people that are buying crab meat in the grocery store than in previous years, I believe,” Shirley said. “People like crab salads, they like their crab cakes, they like those things, and people are adapting a lot more to their kitchens and making a lot more at home.”