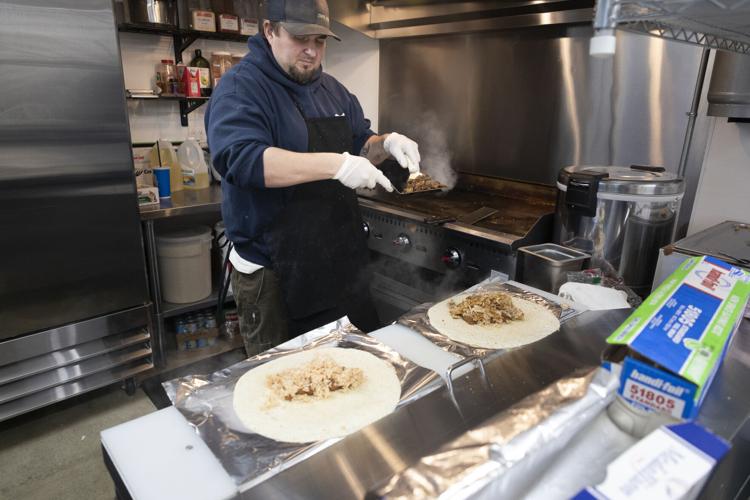 After 20 years of commercial fishing on the cold, open ocean, Gran Vandermeulen is happy to be working in a warm, stationery building serving up hot burritos, tacos and quesadillas. 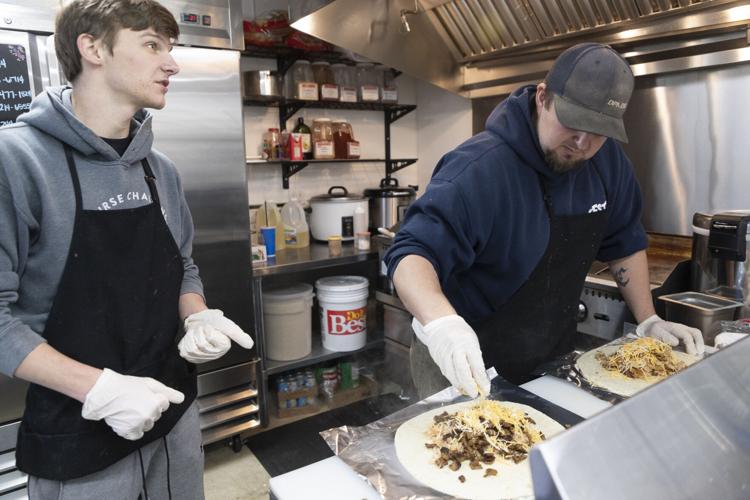 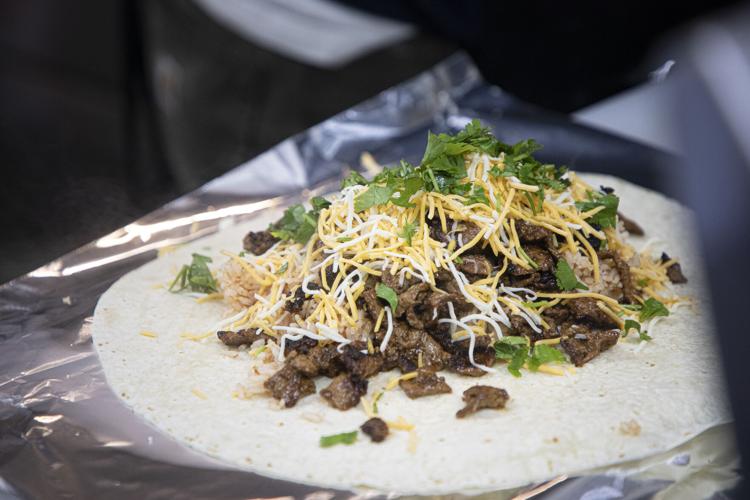 A carne asada burrito is pictured while being assembled at the Taco Shack. 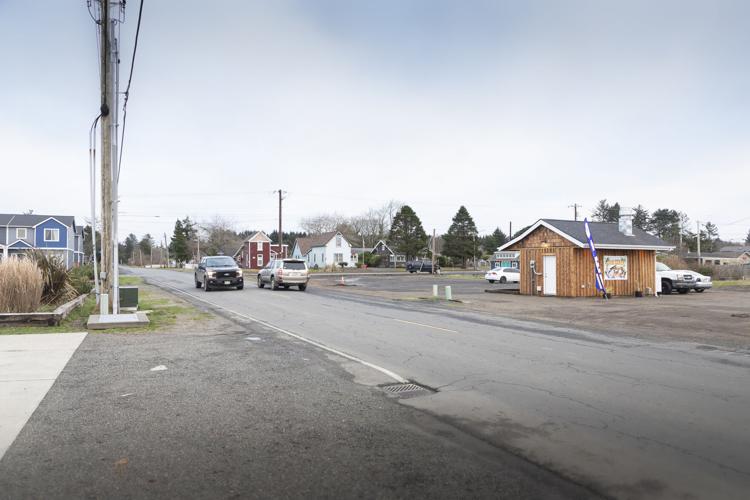 The Taco Shack is located along Sid Snyder Drive in Long Beach.

LONG BEACH — After 20 years of commercial fishing on the cold, open ocean, Gran Vandermeulen is happy to be working in a warm, stationery building serving up hot burritos, tacos and quesadillas.

“It’s going pretty good, things are slowing down a little being the middle of winter, but we’re still doing alright,” Vandermeulen said in between whipping up two mega-sized burritos.

Vandermeulen previously worked as a commercial fishermen for the past 18 years, he said, primarily for Dungeness crab and salmon in Alaska and Bristol Bay. The Bristol Bay season typically starts around the end of June, but Vandermeulen isn’t making any reservations to head north this year — at least not yet.

“Well I don’t know. Not right now. Hopefully not,” he said. “I was fishing and looking for something else to do, so I decided to open a taco stand.”

The decision to open a taco stand was an easy one for Vandermeulen, who also got encouragement from friends.

“I like tacos. And Kaarina (Stotts, owner of the Neptune Theatre) kind of helped me along. I considered it a few years ago but Kaarina said ‘You should do it,’ so I did,” Vandermeulen said.

“They’re street tacos, no ground beef or nothing like that. It’s carne asada, small chunks of steak,” Vandermeulen said.

The fish tacos currently feature rockfish but may change seasonally.

“This summer we’re looking to do seared albacore tacos once they’re in season. I try to use fresh fish that are in season,” Vandermeulen said.

“People seem to really like the fish tacos and the burritos sell a lot,” he said.

Vandermeulen wasted little time when asked about the biggest difference between commercial fishing and operating a taco stand.