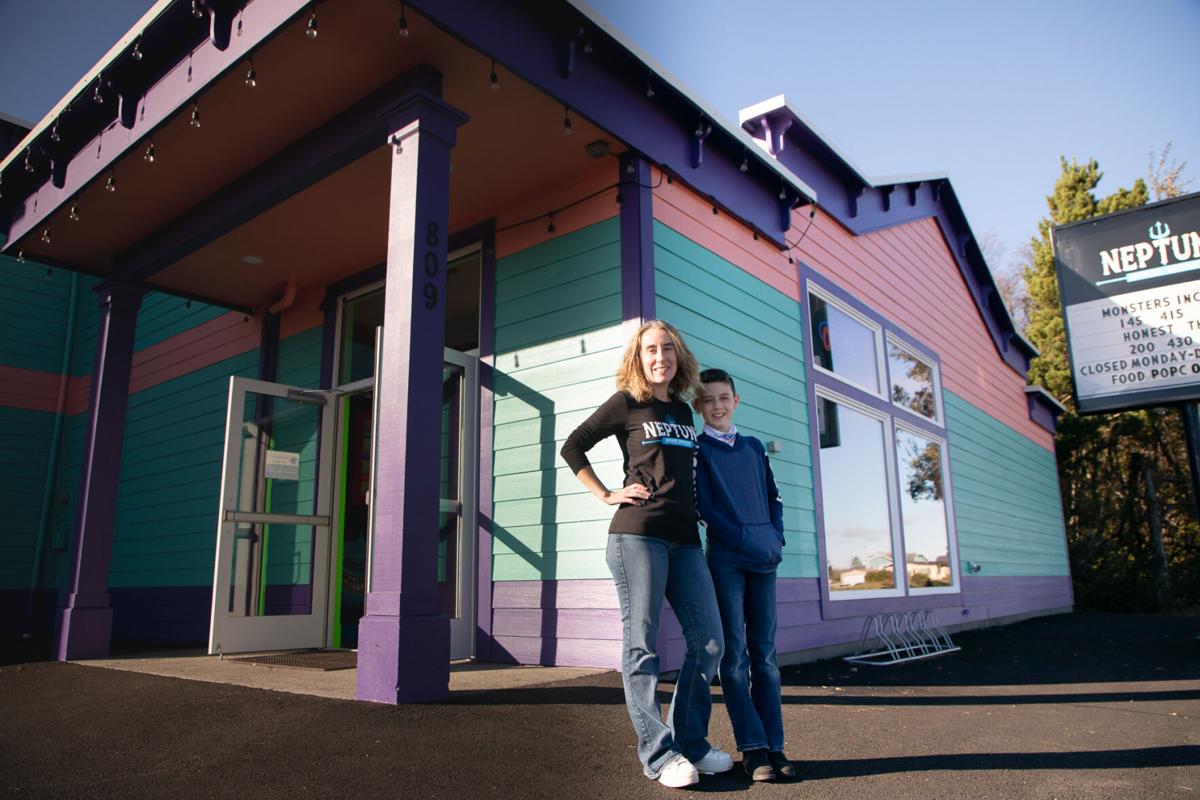 Since becoming owner of Neptune Movie House in October 2018, Kaarina Stotts, pictured with son, Aarin, 13, has consistently sought improvements inside and outside the theater, culminating in an extensive remodel over the past year. 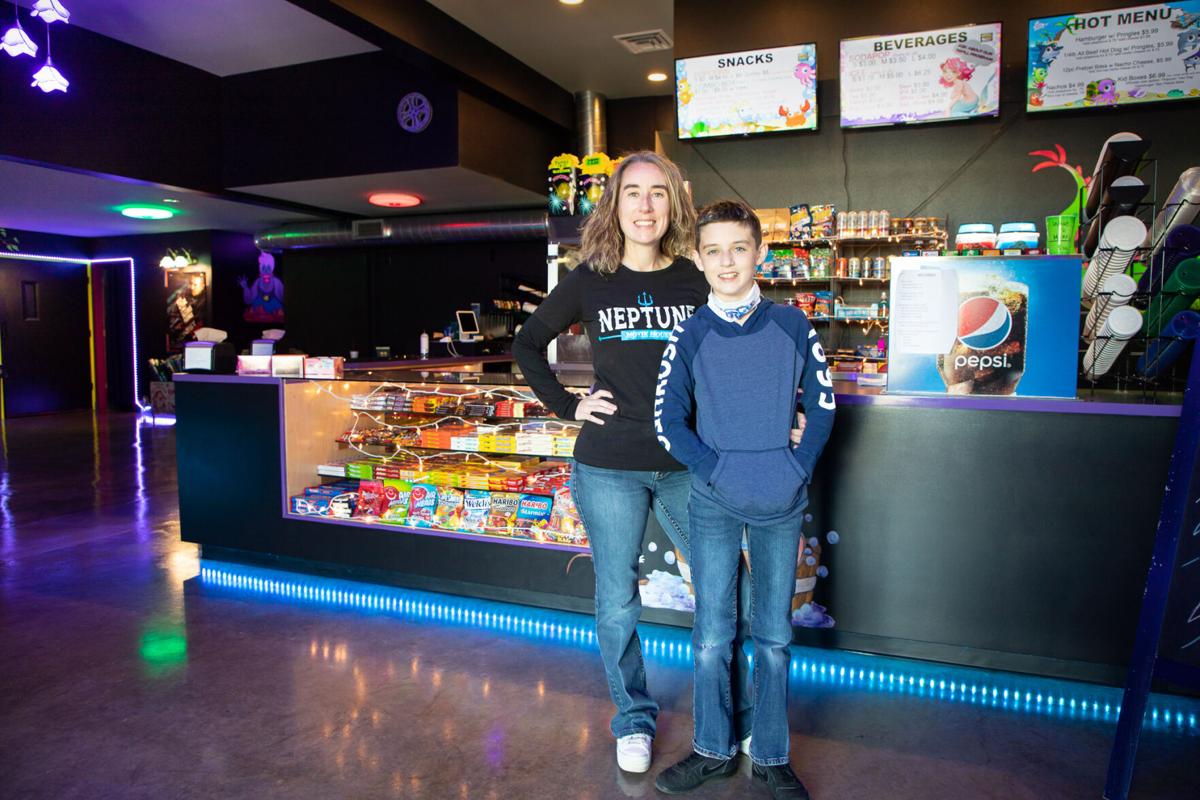 Neptune Movie House owner Kaarina Stotts and her son, Aarin, 13, pose for a photo inside the theater on Wednesday, Oct. 28 in Long Beach. 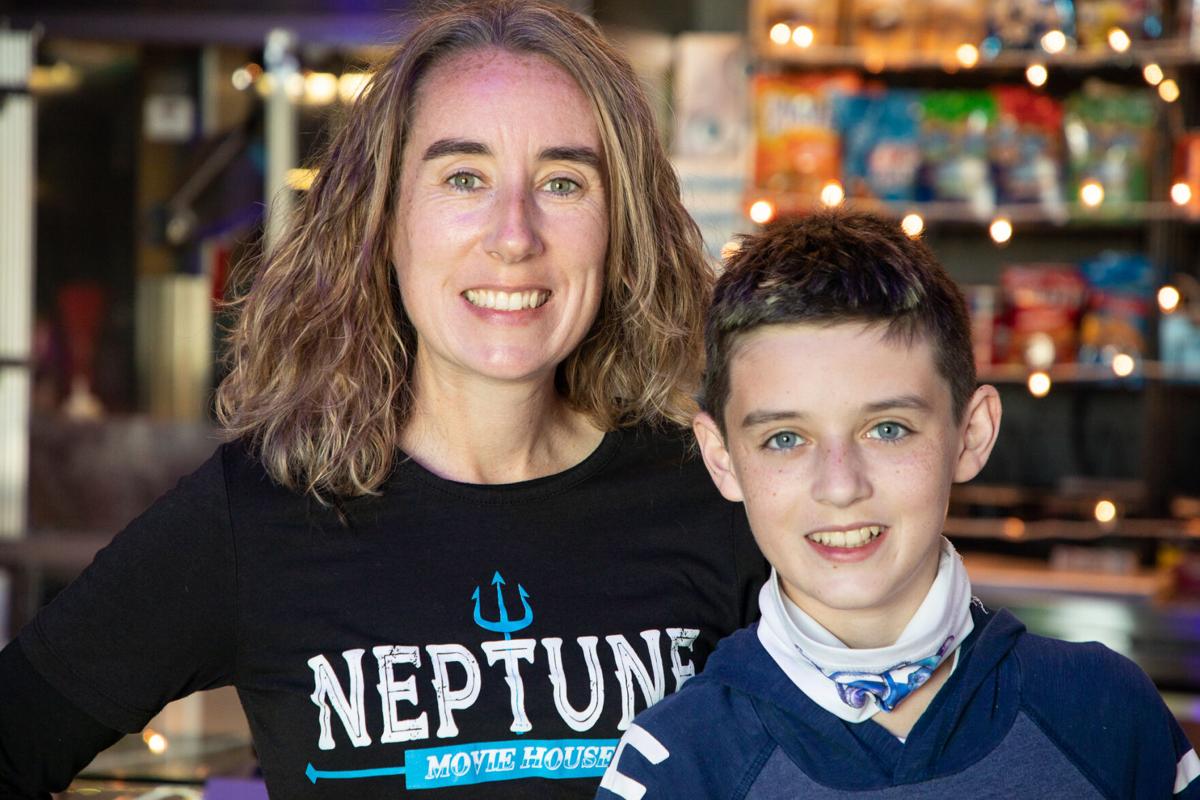 Neptune Movie House owner Kaarina Stotts has embraced social media, particularly Facebook, as a way to remain engaged with the community amid the pandemic.

Jeffrey Martin, left, and John Sowa joined together their restaurants during COVID-19. 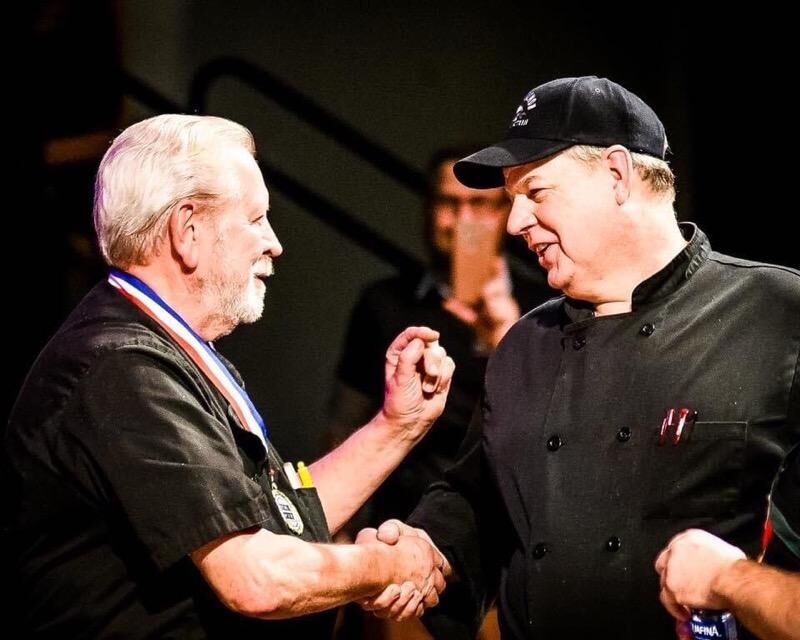 Since becoming owner of Neptune Movie House in October 2018, Kaarina Stotts, pictured with son, Aarin, 13, has consistently sought improvements inside and outside the theater, culminating in an extensive remodel over the past year.

Neptune Movie House owner Kaarina Stotts and her son, Aarin, 13, pose for a photo inside the theater on Wednesday, Oct. 28 in Long Beach.

Neptune Movie House owner Kaarina Stotts has embraced social media, particularly Facebook, as a way to remain engaged with the community amid the pandemic.

Jeffrey Martin, left, and John Sowa joined together their restaurants during COVID-19.

While the COVID-19 pandemic and related restrictions have been tough on businesses like restaurants and movie theaters, some local business owners have found success through creativity.

April and May were rough months for the owners of the Silver Salmon Grille in Astoria, Laurie and Jeffrey Martin.

“We had a good year last year but it was a heavy repair year and to have COVID happen in the spring when we were coming out of the winter was a double whammy,” Jeffrey Martin said. “We didn’t know if we could make it through.”

But that changed when they decided to team up with John Sowa, former owner of Sweet Basil’s Cafe in Cannon Beach. They had known Sowa since he was at Seaside’s Lil’ Bayou Restaurant, which they had enjoyed.

Sowa, who has trained in cajun cooking with celebrity chef Paul Prudhomme in New Orleans and has run successful restaurants in Brooklyn, was struggling with COVID restrictions. He was down to three tables and was having challenges with takeout.

The Martins had gone for a day drive to Cannon Beach and stopped by the Sweet Basil’s Cafe. On the way home, they talked about merging their restaurants together.

“John’s in his mid-70s so it was a good opportunity for him to continue to do what he loves and teach people his cooking methods,” Martin said. “So we combined menus and it’s been amazing.”

Since the Martins and Sowa joined forces, business has been up since the previous year, even with losing 40% of seating. While the restaurant needs to take extra steps with additional staff to keep the dining room safe, takeout has been heavier than in years past.

“We’re pulling from two customer bases as well so that helps,” Martin said. “We kind of got lucky. We had an idea that’s worked out better than I could’ve imagined.”

This isn't the first time Sowa and Martin have teamed up. In November 2017, they won the 10th annual Iron Chef Goes Coastal competition together.

Kaarina Stotts, owner of the Neptune Theatre in Long Beach, has had to adjust her business as well. Since she bought it in October 2018, she has made some major renovations, including a recent addition to serve hot food.

“We started the addition in January and then COVID hit and that was terrible,” Stotts said. “The addition ended up costing so much more than it was supposed to and the builders had to stop building.” A drain on the roof got plugged and the water built up until it came through the ceiling, gushing down the stairs to the bottom floor. The addition needed electrical rewiring, but the electricians Stotts usually hired weren’t working during the early days of the pandemic.

“It was really hard to do all this during COVID,” Stotts said. She had to shut down the theater from mid-March to mid-June, and reopened to find that there weren’t many new movies coming out.

However, Stotts was determined to make the business work.

“Failure’s not an option for me,” Stotts said. “We’re just staying positive and it’s going to get better, that's what we tell ourselves. And we're going to be here.”

In addition to showing older movies inside the theater, the Neptune Theatre is selling concessions to go, including hamburgers, hot dogs, pretzel bites and nachos. People who work at nearby businesses run over and grab a bite on their lunch breaks. Stotts is also renting out DVDs she brought to the theater from her own collection.

“There’s a lot of people here who don't have satellite TV and get tired of the same movies they have, so I thought that would be good,” Stotts said. “We’re doing everything we can.”

Small private parties can also rent out the theater, as 10 people can socially distance throughout an 180-seat theater.

Stotts runs the Neptune Theatre with her son, Aarin Hoygaard, 13, and she said the two of them have become friends with the regular movie goers.

“Before COVID it was just a really fun job. The people are nice, friendly and not in a hurry because they’re just there to have a fun time,” Stotts said.

Stotts has been engaging with her customers on the Neptune Theatre’s Facebook page. During the time the theater was shut down, she posted a “just for fun” question each day to get customers to share about their favorite movies set at a beach, their favorite Sandra Bullock movie, their favorite musical and more.

“People loved those,” Stotts said. “We were all locked down, so I tried keeping in contact with people, it was fun.”