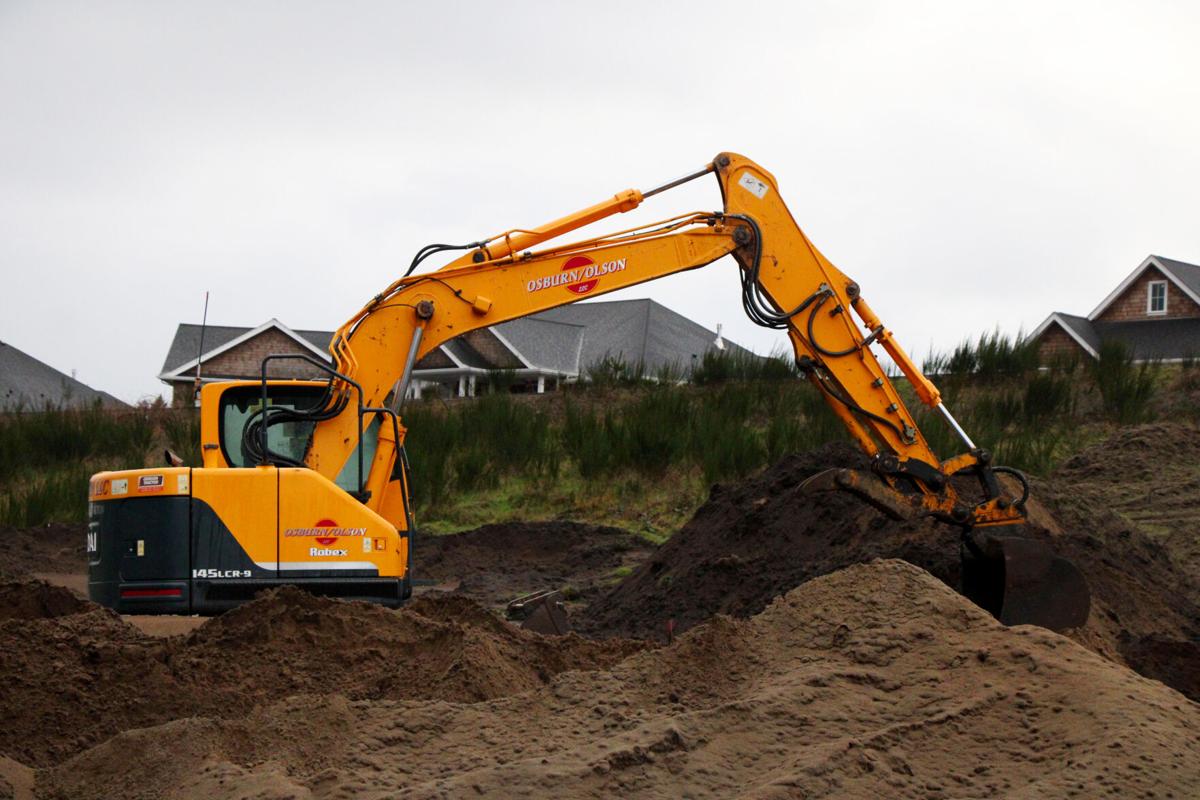 Osburn/Olson works on a development on Arrowhead Road near Surf Pines. 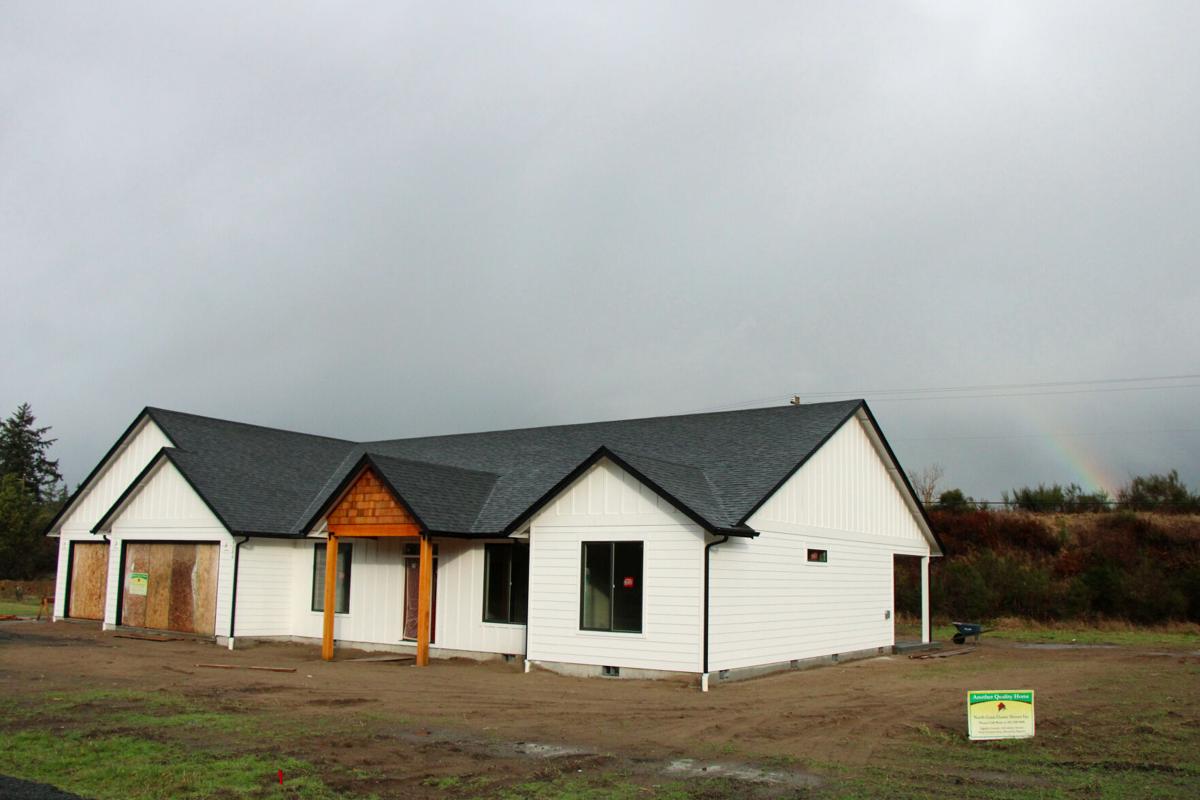 A new house is under construction on Arrowhead Road. 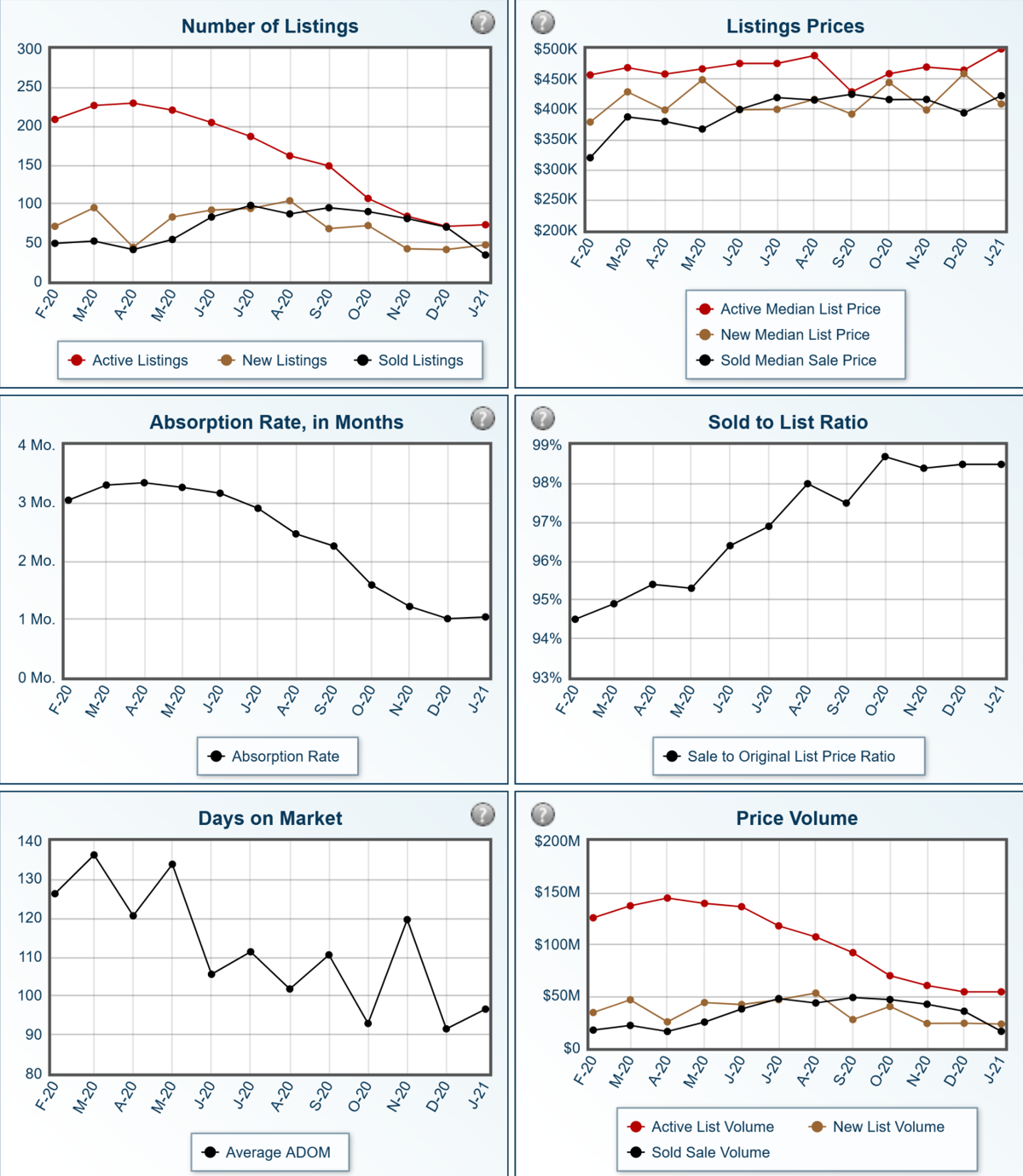 The absorption rate — a real estate industry measurement of how fast sales are burning through the available inventory — rose slightly above one month to 1.04, compared to 3.04 in January 2019. 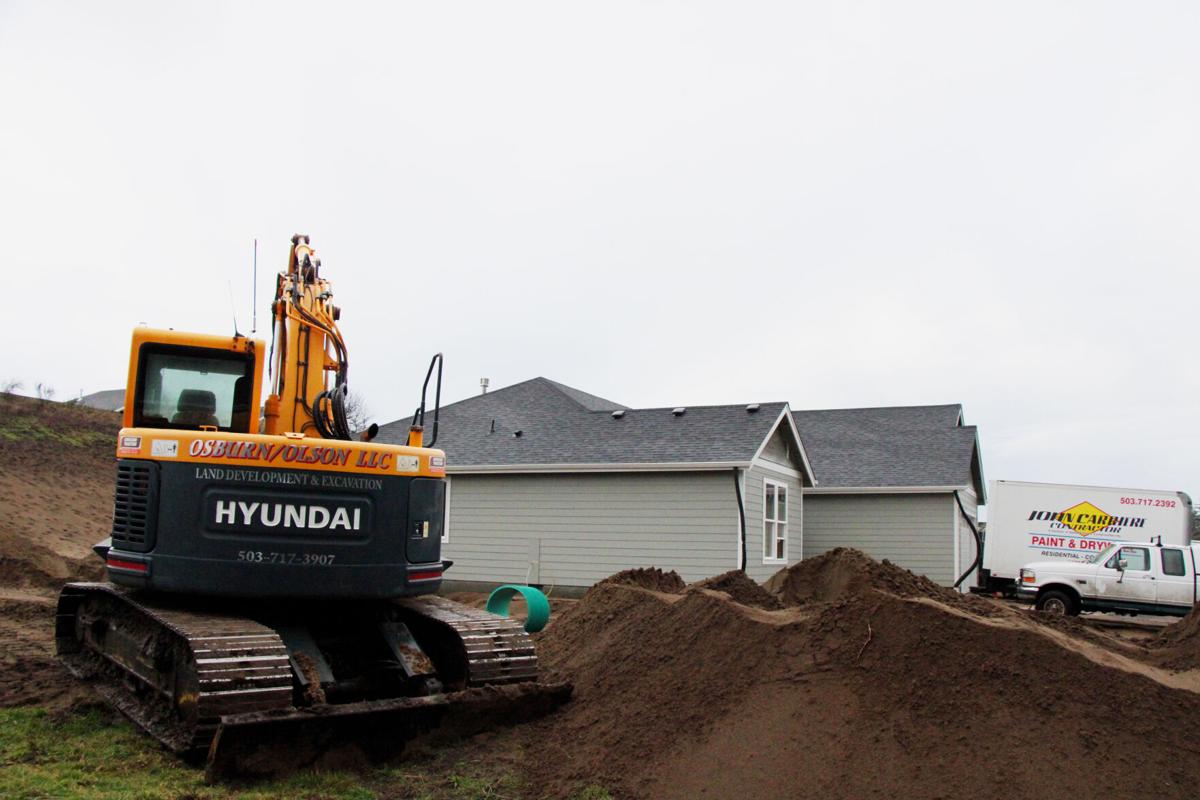 Housing development is underway between Warrenton and Gearhart. 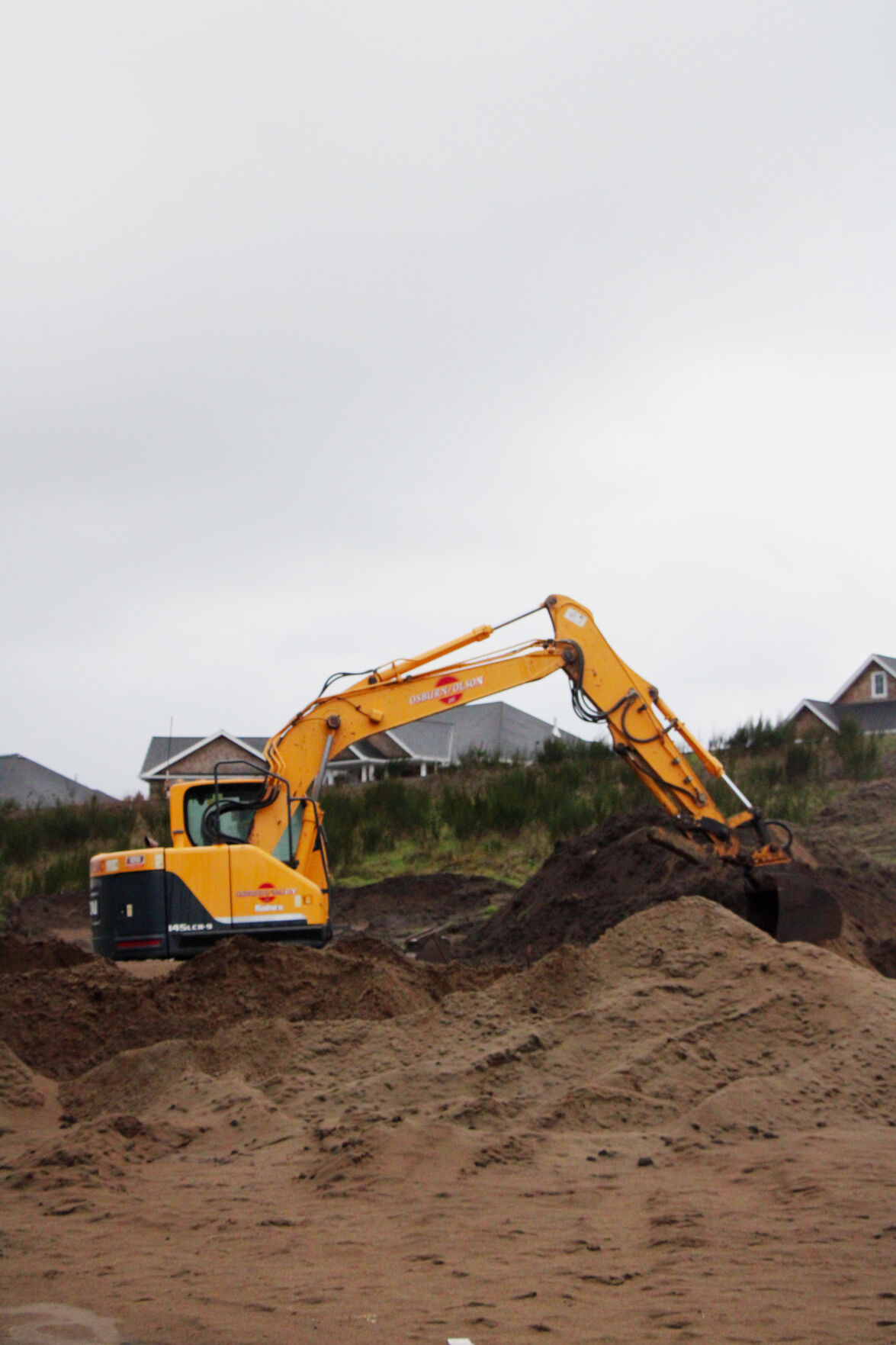 Osburn/Olson works to develop a property between Warrenton and Gearhart.

Osburn/Olson works on a development on Arrowhead Road near Surf Pines.

A new house is under construction on Arrowhead Road.

The absorption rate — a real estate industry measurement of how fast sales are burning through the available inventory — rose slightly above one month to 1.04, compared to 3.04 in January 2019.

Housing development is underway between Warrenton and Gearhart.

Osburn/Olson works to develop a property between Warrenton and Gearhart.

As Clatsop County’s residential property market continues to tighten, those involved in community development look toward the future of new construction.

“There is available land left but it all comes with challenges to develop,” Hess said.

Hess said Warrenton is a real working and living town instead of a tourist destination, and new housing needs to reflect that.

“We’re trying to provide stock for Coast Guard families and people in local industries, like fishing and logging,” Hess said. “The housing we’re hoping to get would be relatively affordable and provide opportunities for people to live where they work, not cater to beachfront housing, which is more expensive.”

“We have a large need and demand for housing and the number of available homes right now in the county is extremely low,” Hess added.

Hess experienced this personally, as he moved to the North Coast in August. He was able to find a home for himself and his family, although at that time, there were 154 active listings to choose from, compared to 329 in August 2019.

Several new developments are underway in the county, including Roosevelt Ridge off of Southeast Dolphin Avenue, near the current construction of the new Warrenton Middle School. According to Debbie Morrow, executive officer of the Association of Realtors Multiple Listing Services, Roosevelt Ridge will provide about 78 homes.

A 2019 Preliminary Residential Buildable Lands Inventory report indicated that Clatsop County’s unincorporated areas outside of the cities had about 7,414 acres of land for potential residential development.

“There is a substantial supply of buildable residential land in the unincorporated portions of Clatsop County, including within several unincorporated communities where urban-level zoning and community water and sewer systems are in place,” the inventory study stated. “However, many of these areas lack a full set of commercial and other supportive services and the ability of local sewer and water systems to serve the amount of development allowed under existing zoning is not completely known.”

Hess said he’s seeing more interest in multifamily residences, which is allowed in cities. But in the unincorporated parts of the county, residential land is mostly zoned for single family homes on two acre lots or five acre lots.

“Unlike cities, the county doesn’t have the same level of infrastructure or services,” Henrikson said. “Under statewide planning rules, if land in an unincorporated area is not under a water or sewer district, there are limitations on what the minimum lot size could be.”

Ryan Osburn, owner of Osburn/Olson Excavation and Land Development and a separate plumbing company, said he would like the county to allow smaller lot sizes to be developed in the unincorporated areas he works with between Warrenton and Gearhart.

“Construction’s a big part of the community here, and the area’s going to keep growing because enough out of towners are trying to come here,” Osburn said. “But we’re running out of acreage so we need to take the acreage we do have and zone it so that we can develop it.”

A 2019 Housing Strategies Report indicated that unincorporated areas in the county do not need new residential dwellings to support population growth, as population is expected to decline over the next 20 years as people move into cities.

But a 2019 report wouldn’t account for the influx of new residents moving into the county due to the ability to work remotely that came from the coronavirus pandemic.

Osburn worked with a group to buy and develop the 185 acres near the Surf Pines area called The Dunes, before selling it to fellow developer Harry Henke. Osburn said between zoning and wetlands issues, he was able to get 37 buildable sites over that 185 acres. He was able to buy density credits to bring the amount of lots up to 87.

The county does permit smaller lot sizes in some cases on the Clatsop Plains, allowing developers to go down to one acre lots while leaving 30% of the property undeveloped.

But that’s still not small enough for Osburn.

“Between Gearhart and Warrenton, we need to take zoning from one acre as the smallest lot to a half acre at least so it would double our inventory,” Osburn said.

There is some land in the county that allow for lots to be 750 square feet because they are served by water and sewer. But Henrikson said at this time, there are no plans to install a new sewer system in the Clatsop Plains unincorporated part of the county.

However, Henrikson said while Oregon’s land use planning laws direct growth toward cities, the county board of commissioners is looking for ways to address affordable housing in unincorporated areas.

The board of commissioners outlined affordable housing as one of the five focus areas in their strategic plan for fiscal year 2021 to 2022, which they adopted Jan. 27. Additionally, several bills proposed for the 2021 legislative session would allow counties to permit accessory dwelling units on rural lands. These include HB 2705, HB 2735, HB 2778, SB 385 and SB 391.