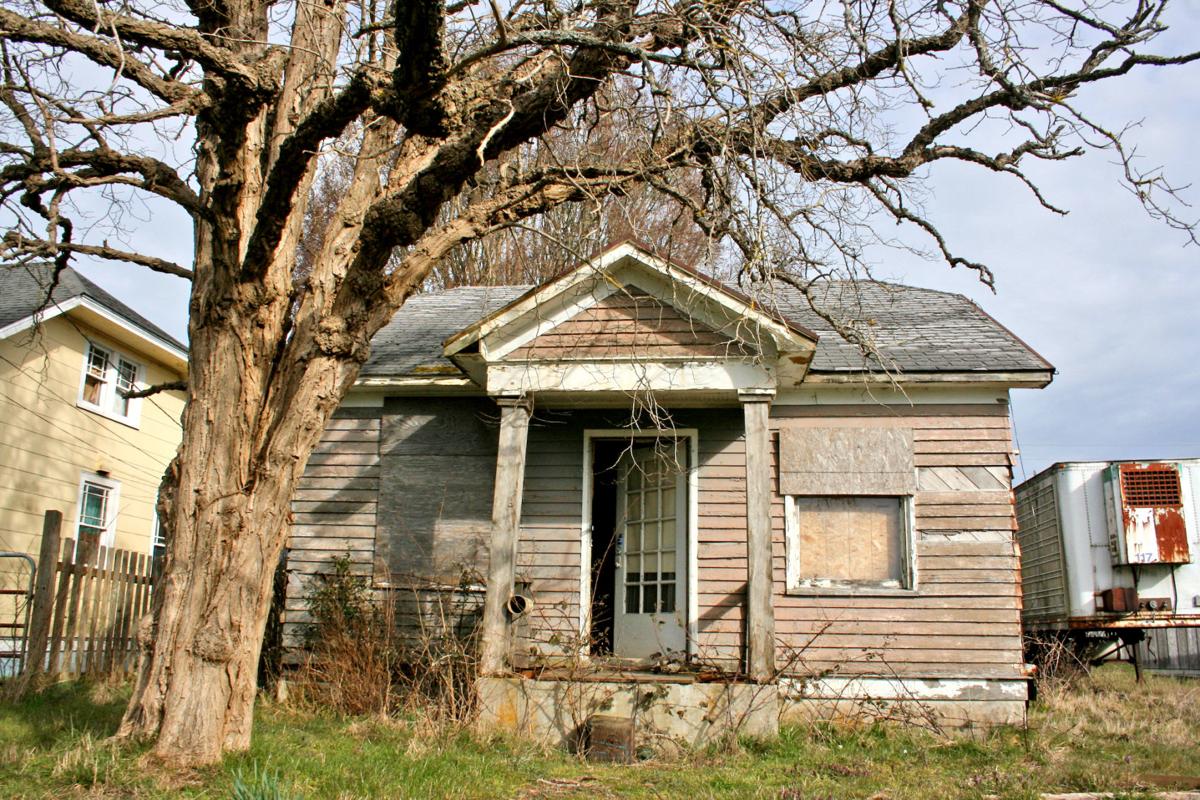 The “Bumble Bee House” is currently unoccupied. Its fate has yet to be determined. 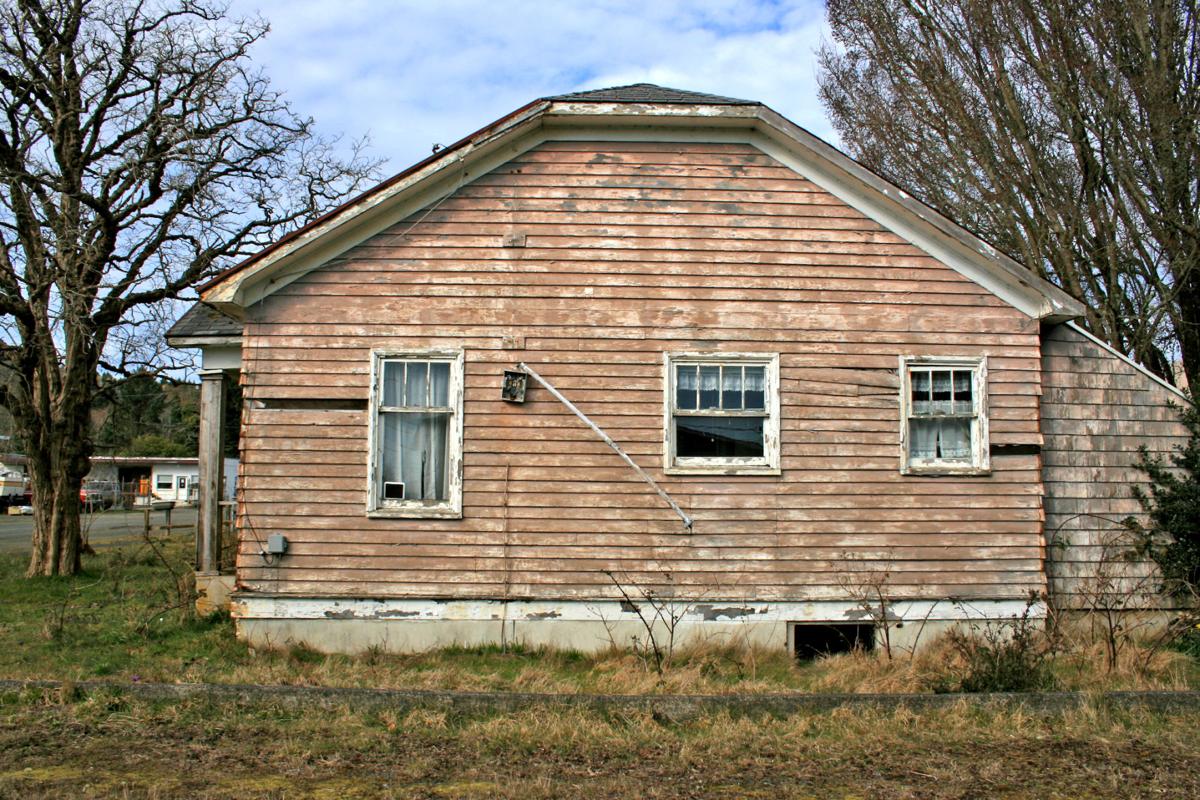 A side elevation show years of weathering. 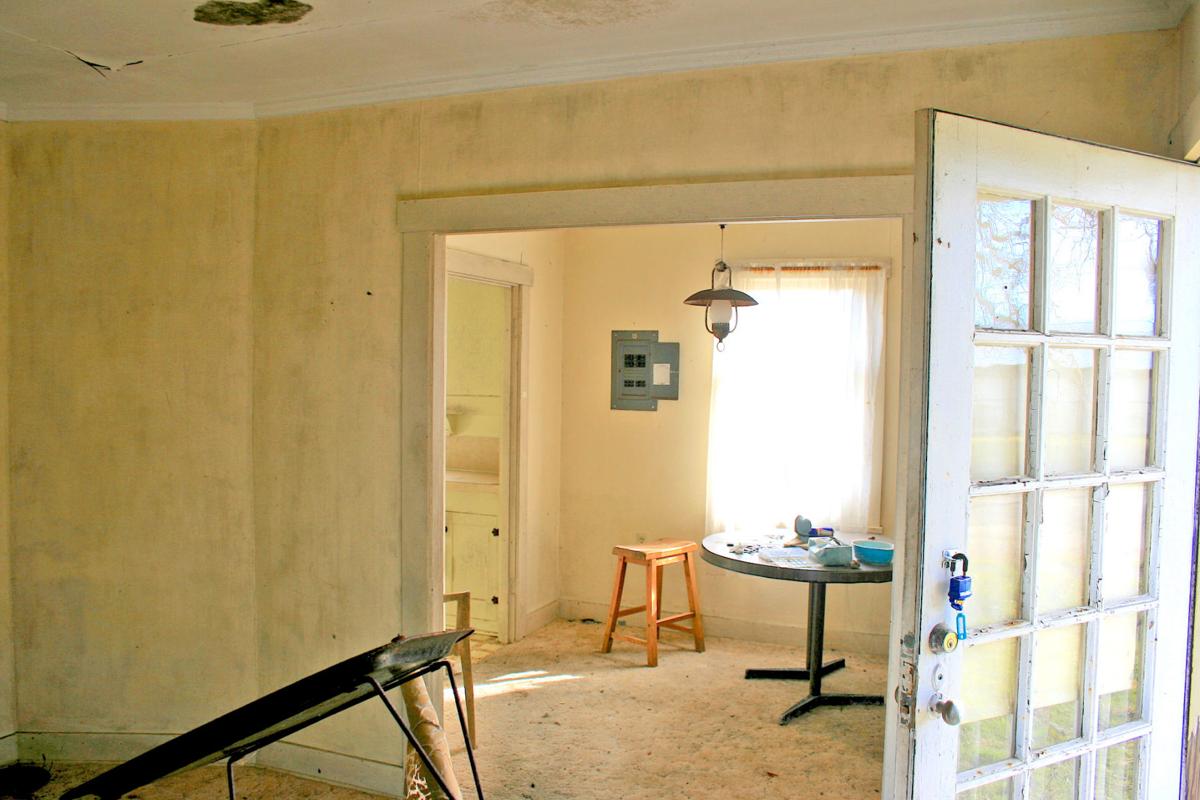 The interior is marked by simplicity. 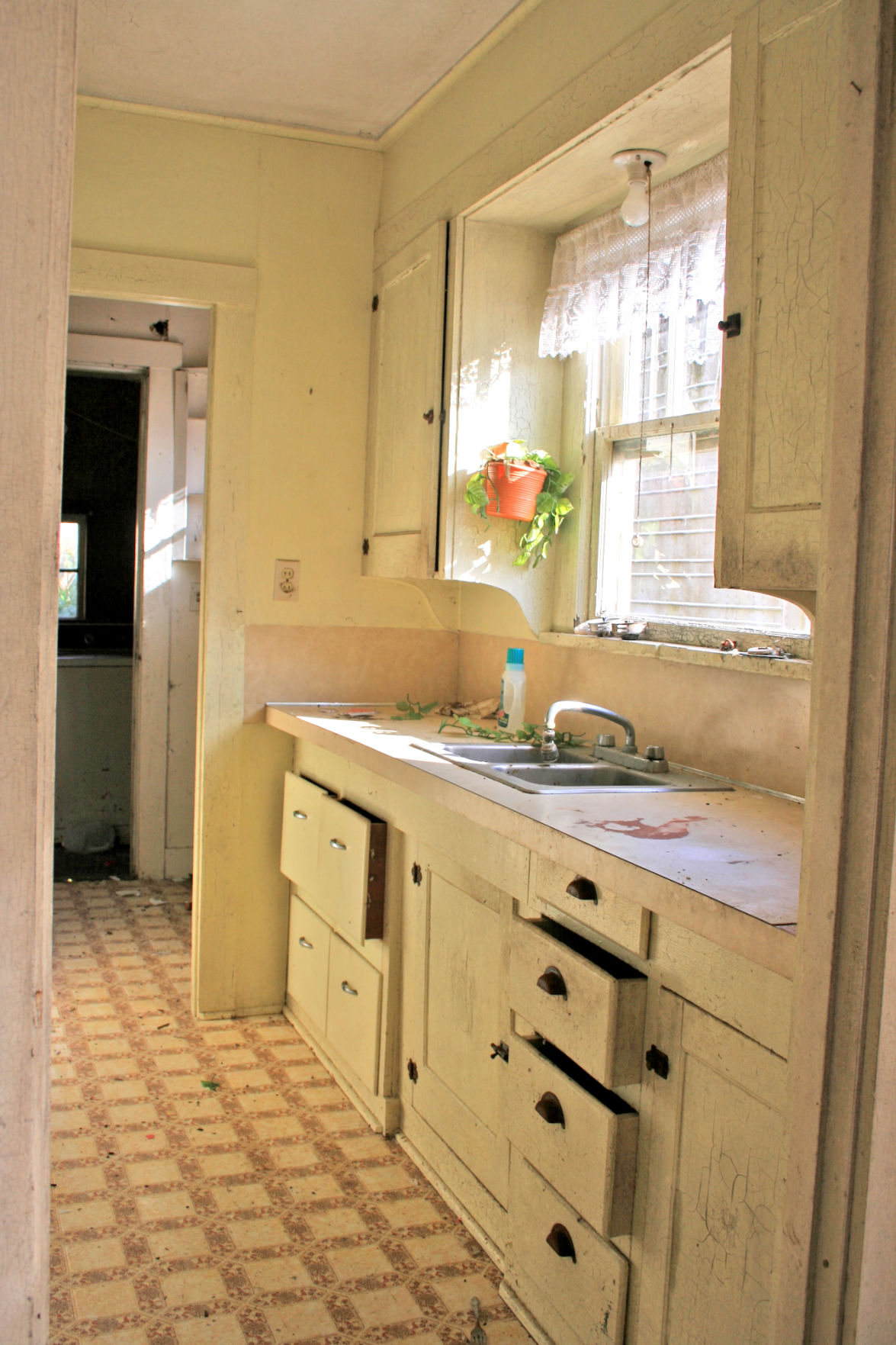 Original cabinetry remains in the kitchen. 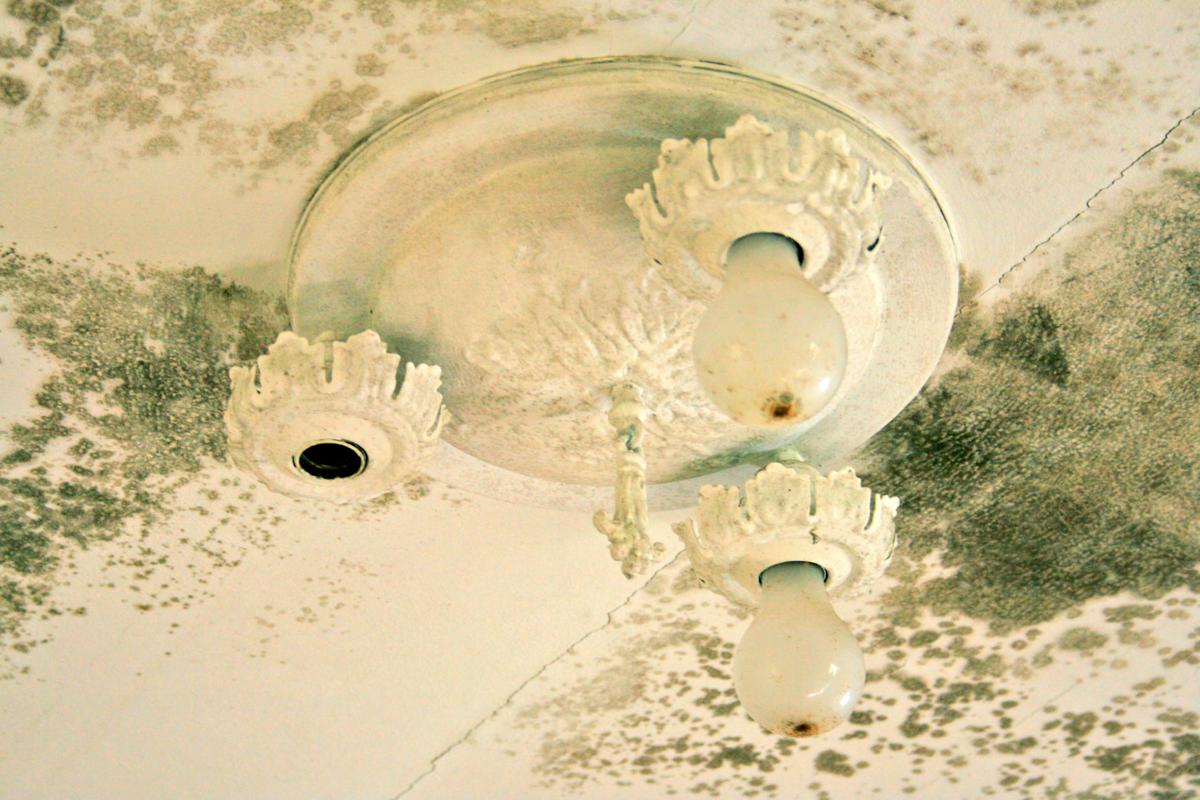 An original light fixture survives in the living room.

The “Bumble Bee House” may be one of the simple fishermen’s houses clustered near the Ilwaco shoreline in this photo from about 1905. The school is marked with an X.

The “Bumble Bee House” is currently unoccupied. Its fate has yet to be determined.

A side elevation show years of weathering.

The interior is marked by simplicity.

Original cabinetry remains in the kitchen.

An original light fixture survives in the living room.

The “Bumble Bee House” may be one of the simple fishermen’s houses clustered near the Ilwaco shoreline in this photo from about 1905. The school is marked with an X.

ILWACO — A small house stands behind Ilwaco’s Columbia Pacific Heritage Museum. The museum’s board recently purchased the house and property for $25,000. They did so with the express purpose of tearing it down and clearing the lot. The museum hopes to re-vamp the display and interpretation of one of its prized artifacts: an 1889, Pullman-built, passenger coach called the Nahcotta, once owned by the Ilwaco Railway & Navigation Co.

The house, as currently planned, is in the way.

When regional architect, David Jensen, heard the museum’s plans and visited the house, he saw historical value in the structure. He asked the museum director, Betsy Millard, to consider all options. He said the house may have an important story to tell. Consequently, he believes it should be incorporated into the museum’s experience.

“In a way, we stumbled into it,” explained Millard. As they look into the structure’s history, “we are becoming aware of its importance.”

Historian Barbara Minard referred to the structure as “The Bumble Bee House.” It was thought the house was once occupied by workers from the Bumble Bee Cannery... or at least a cannery owned by the Bumble Bee corporation.

It is not yet known which time period the workers resided in the house or how long they stayed. Research of this building, and its significance, is in its infancy. The relevance of the house to the fishing industry will be key to its survival.

The museum incorporates several buildings on its campus and operates on a modest budget. Its board is reviewing a capital facility plan of those structures. The plan will look at how the buildings fit into the museum’s mission as well as prioritizing maintenance issues.

The Bumble Bee house, and its preservation, will be added to that conversation. “We have to look at the big picture and look at the site, buildings, artifacts and mission,” said Millard. “We’d be remiss not to explore all the possibilities.”

At this point, it remains an open question. “Priority-wise, it is not as high as the rail car,” she said. “If there is a way for those two things to ‘talk’ to each other we would re-consider demolishing it.”

First and foremost, it comes down to mission. The organization’s policy clearly states it will not take on buildings unless those buildings have a straightforward connection to its mission.

Jensen envisions a restored house that sheds light on the lives of fishermen and their families. He sees an opportunity to better represent their life experience if the interpretation is done within a genuine home rather than inside a museum display case.

Stepping into the house is like going back in time. However, the house needs significant repair. The roof, siding, porch, electrical, plumbing and heating system are all in need of attention.

Fortunately, the house is not sitting on the ground suffering structural problems from moisture. The house is more than a foot above the soil, allowing ventilation beneath it. The house is also relatively small, increasing the likelihood a small group of volunteers could take on its restoration.

Millard said she has a $6,500 bid to demolish the building and clear the site. Accordingly, Jensen wondered, “How far would that go toward restoration if we had volunteer labor?”

“From a museum director’s viewpoint, if there is interest from the community and there is relevance to our mission to save it, we will save it,” said Millard. “We acquired it for the land. But we are not so stuck in our ways that we would not consider saving it.”

“We have time to consider what to do with the house.”