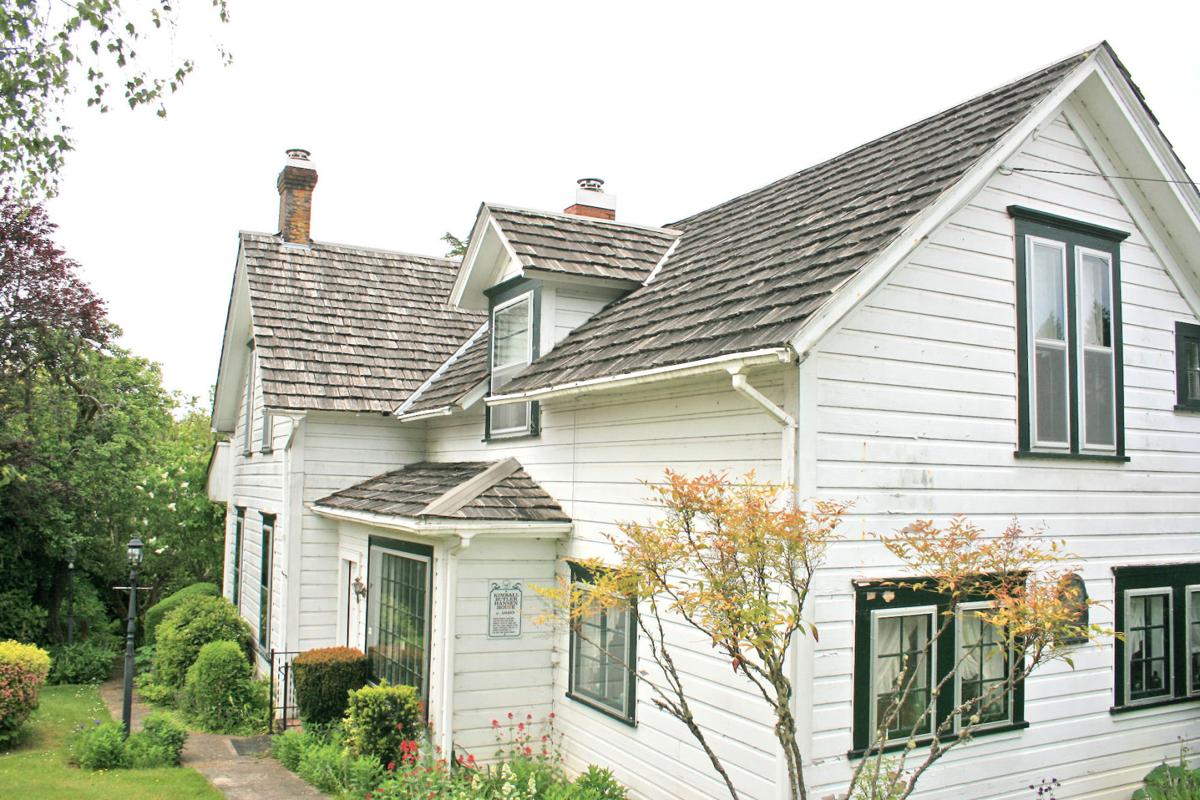 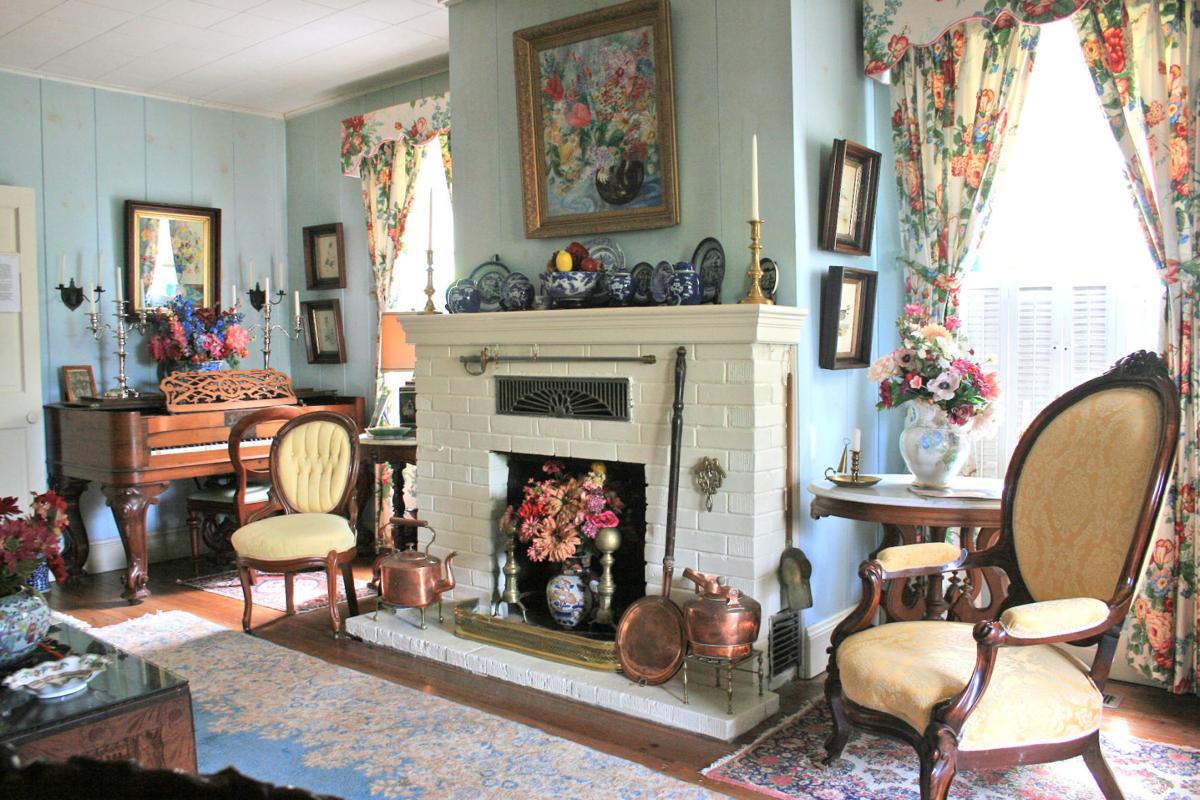 The formal living room was remodeled in 1905. 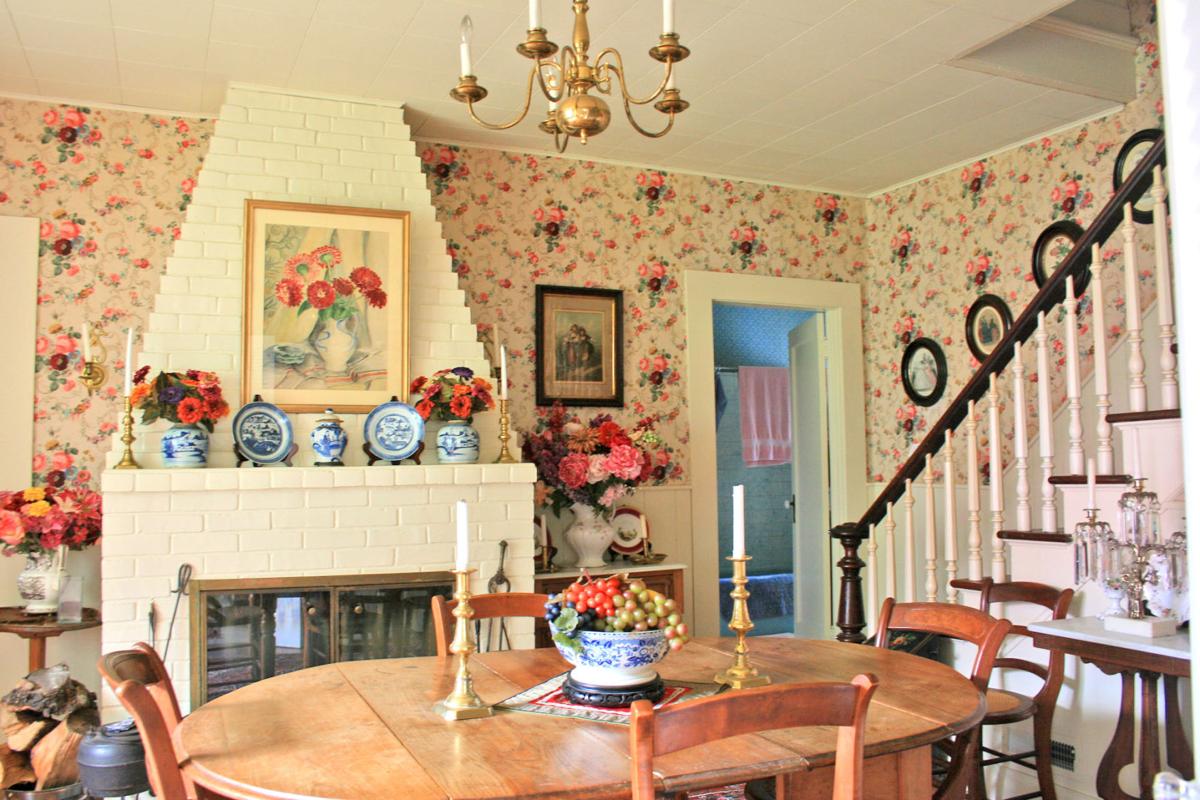 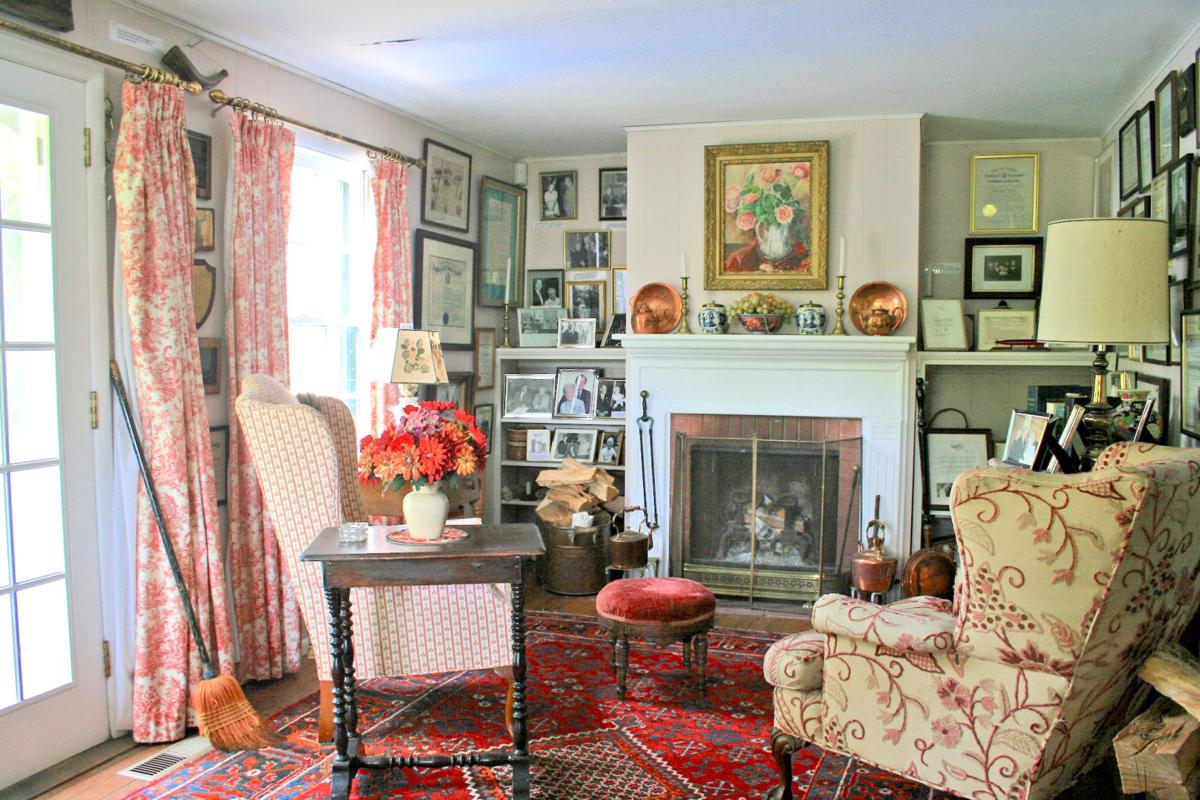 Julia Butler Hansen had a study constructed in 1975. 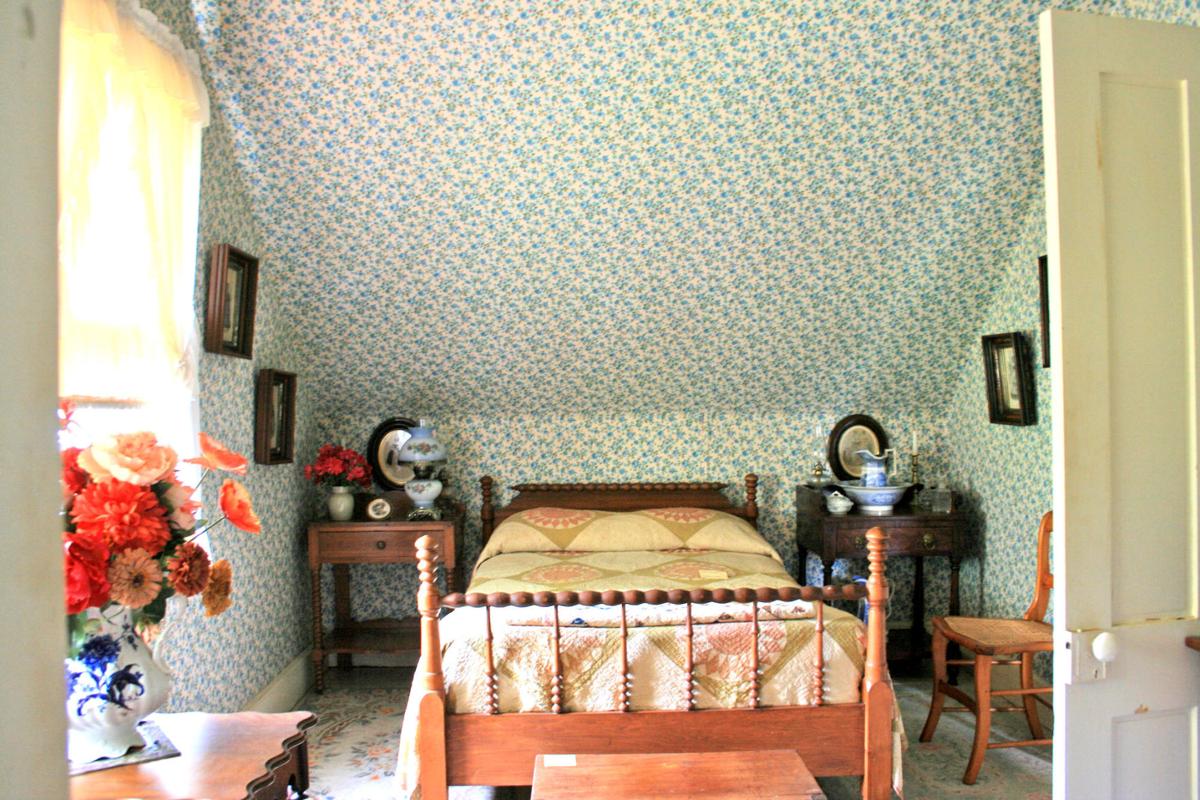 An upstairs bedroom has changed little from the 1860s.

The Julia Hansen Butler house as seen circa 1910. 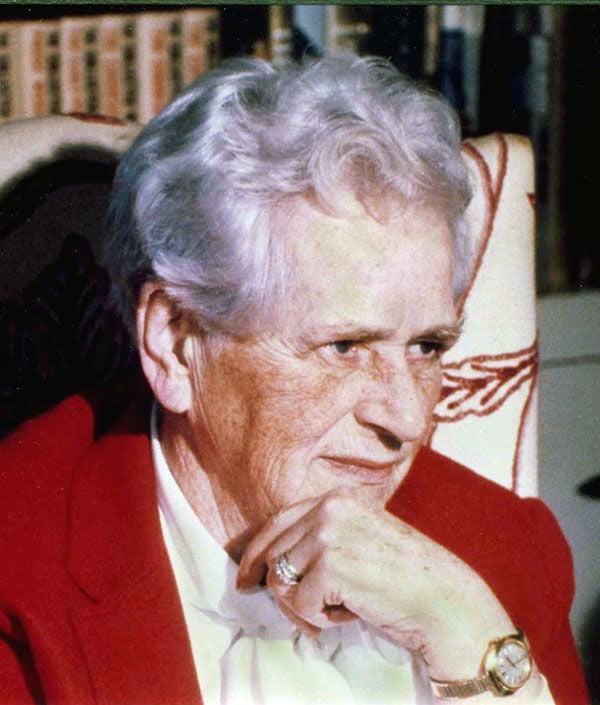 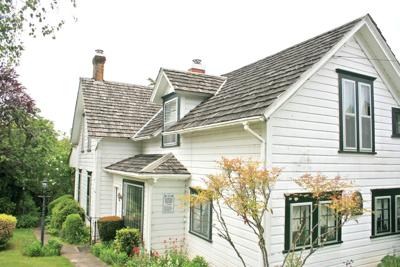 CATHLEMET — Here is a place layered with history. The townsite was once the home to the Cathlamet and Wahkiakum people. In 1846 James Birnie — who began his professional career as an employee of the Northwest Company at Fort George — retired and settled here. The town which developed around his home was known for its contribution to the fishing and logging industries.

The Julia Butler Hansen residence stands near where Birnie’s house once stood. As the city’s oldest, extant house, the Hansen residence is intertwined with many of Cathlamet’s historic themes. It is best known, though, for its connection to Hansen: a nationally significant politician.

Constructed circa 1867, the house was first occupied by John Fitzpatrick, who operated a sein on Tenasillahe Island with John T.M. Harrington. He later sold the house to George Roberts and Rose Birnie. Roberts once taught the children of Hudson’s Bay Company employees at Fort Vancouver. Birnie was James Birnie’s sister.

In about 1886, the house was sold to James Freeman Kimball and Julia Ann Blood who made their way here from New Hampshire. Since then, four generations of the Kimball family have occupied the home.

Kimball supervised two logging operations in the Elochoman Valley. Blood kept books for the companies. Their daughter, Maude, became the town’s first teacher. She married Don Carlos Butler, a local sheriff. Their daughter, Julia, married Henry Hansen, a blacksmith for loggers. Their son, David, was a curator at Fort Vancouver. He owns the house today.

The once Gothic-style house, was remodeled many times by the family. A tour of the house with David Hansen is extraordinary. To see and hear about the changes from a direct descendant is rare, indeed.

In 1892, Butler added a second story to a back wing of the house. Within the dining room, he installed an open staircase with a beautifully turned newel post and spindles. The design is thought to be reminiscent of stairways he saw in his youth in Kentucky.

Likewise, in 1905, he constructed a grand fireplace in the living room. It, too, may have reminded him of his boyhood. It was damaged in an earthquake in the 1940s and reconstructed with a ventilating system. In 1907, Butler installed Wahkiakum County’s first residential, in-door bathroom.

In 1939, Hansen constructed a homey fireplace in the dining room. In 1951, he enclosed the front porch for use by Maude as a study and painting studio. In 1975, an addition was constructed to the side of the house for Julia’s study. It features a fireplace with classic lines.

The various remodels are only part of the story. Throughout the house are art and furnishings that stretch each generation of the family. The decorating scheme, however, is by the hand of Julia Butler Hansen. She was a collector, purchased antiques from around the country, and blended them with family heirlooms.

Her son believes her taste in furnishings may have been inspired by Portland’s wealthy families for whom she worked as a maid. He recalled she worked for a Mrs. Gadsby. One day, Mrs. Gadsby tried to gain Hansen’s attention by clapping her hands. Hansen informed Mrs. Gadsby that such a form of communication was beneath her and that she would not respond to it.

This, in part, explains why Hansen later became successful in politics: she was no-nonsense.

Hansen served as a Washington state representative for 22 years before running and successfully gaining a seat in the U.S. Congress in 1960. She was the first woman to chair an appropriations subcommittee in the House of Representatives. Hansen served Congress until 1974. When she returned home to Cathlamet, Hansen was appointed to, then chaired, Washington state’s Transportation Commission.

A vociferous fighter, Hansen was an advocate of education, indigenous people, transportation and conservation. A bridge from Cathlamet to Puget Island as well as a wildlife refuge west of Cathlamet were both named in gratitude of her service.

David Hansen has no immediate plans for the home. He wants to keep it as long as he can but notes the family’s younger generation has no interest in it. In the meantime, he opens the house to the public, for a few hours once a month. Hansen loves to share his family’s home with others.

“I have very fond memories of it,” he said. “I can see my mother and great-grandfather doing all sorts of things here.”