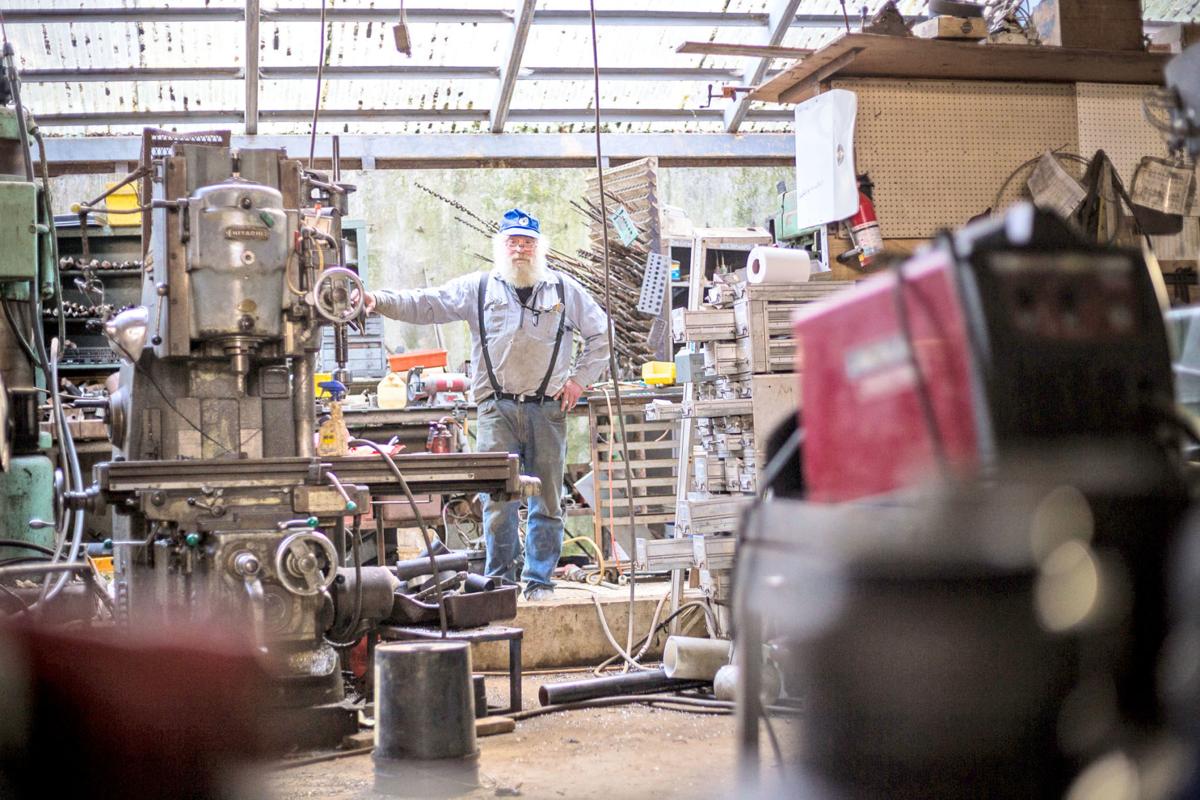 Lowell Stambaugh, 69, designs and manufactures high lift marine flap rudders and kort nozzles for vessels of all sizes and applications from his home in Naselle. 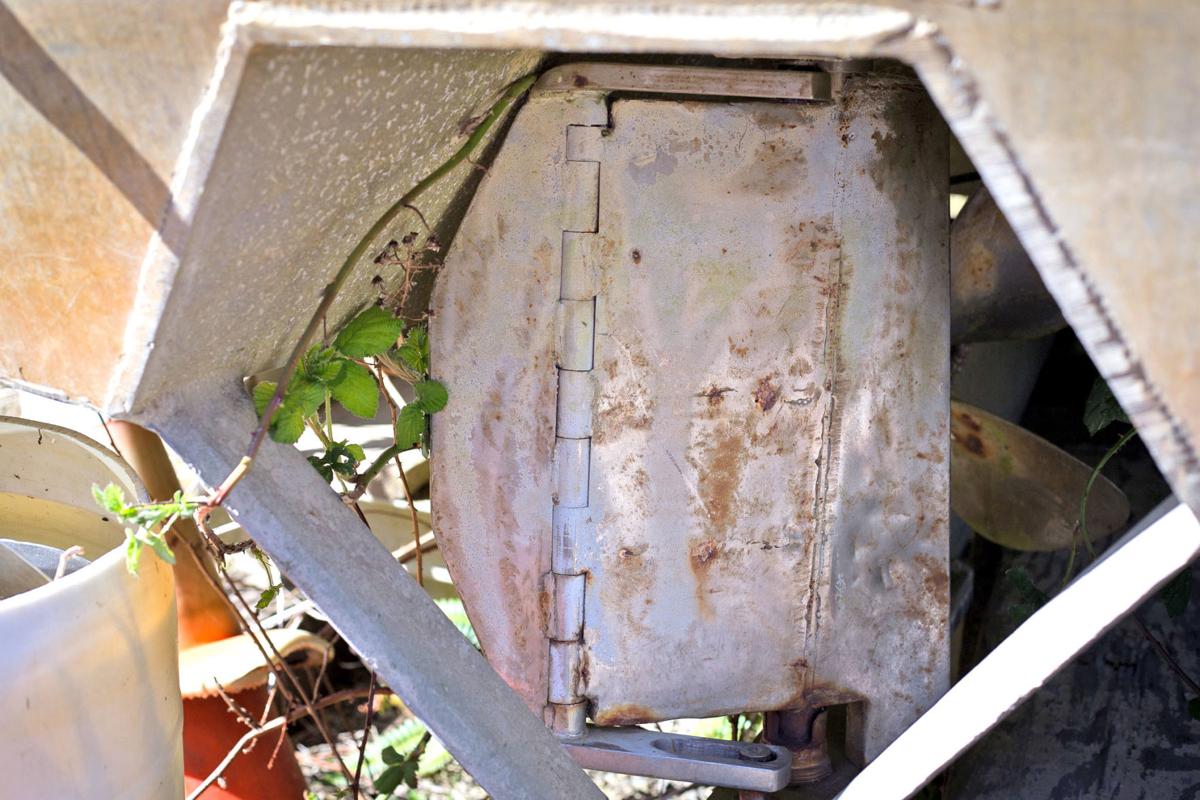 Stambaugh produced his first of five rudder prototypes in 1989. 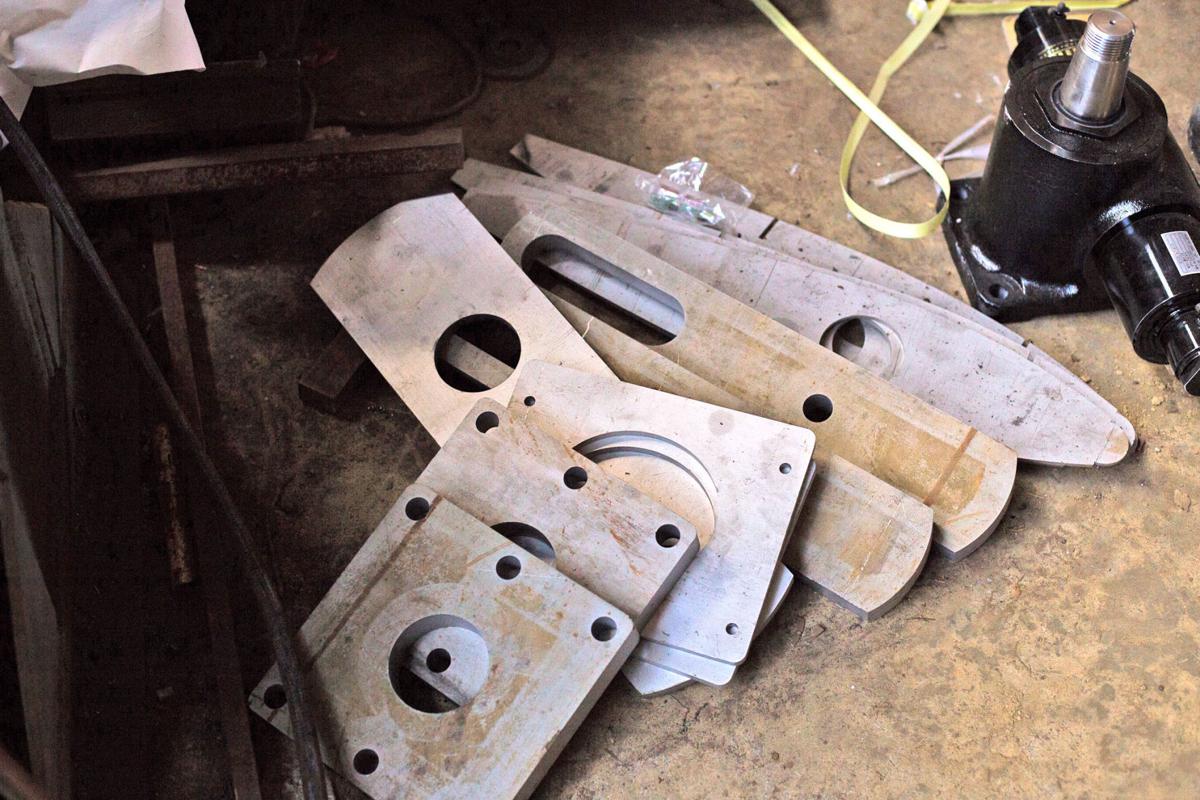 Stambaugh is currently building rudders for three trawlers and a ferry boat on the Great Lakes.

Lowell Stambaugh, 69, designs and manufactures high lift marine flap rudders and kort nozzles for vessels of all sizes and applications from his home in Naselle.

Stambaugh produced his first of five rudder prototypes in 1989.

Stambaugh is currently building rudders for three trawlers and a ferry boat on the Great Lakes.

NASELLE — Up a winding road dirt road near the edge of Naselle on a property lined with trees and pocked with pre-World War II industrial equipment lives Lowell Stambaugh.

It’s here where Stambaugh, 69, designs and manufactures high lift marine flap rudders and kort nozzles for commercial and private vessels up to 350 feet under the name Deflector Marine Rudder. To date, Stambaugh has sold more than 300 of his custom made rudders for an array of vessels from small seine skiffs to colossal processing ships. The Bering Sea fishermen are among his biggest customers, coveting his custom made rudders for improving vessel maneuverability and fuel efficiency.

Stambaugh, 69, has been a commercial fishermen for more than 50 years from northern California to Nome, Alaska. The son of a missionary pastor, he grew up in Alaska where he discovered his true passion was on the water.

“I’m a lifetime commercial fishermen,” Stambaugh said. “Before I could ride a bicycle, I could row a boat. I’ve been a mariner all my life.”

Stambaugh was fishing the off the coast of Egegik, Alaska in 1979 when an experience set life on a new course.

“It was blowing 65 and I had my boat loaded with fish,” he recalled. “I could have gotten away if I would have had a little bit of rudder… I just couldn’t maneuver out off the flats.”

Stambaugh’s boat was swamped in the swirling water and eventually sank to the bottom of the Bering Sea. The experience stuck with Stambaugh and inspired him to engineer a new type of rudder, one that could have perhaps allowed him to save his boat.

“It niggled me,” Stambaugh said. “I knew I could improve the maneuverability of boats.”

As a boy growing up in rural Alaska, Stambaugh watched airplanes takeoff and land on a makeshift runway near his home. He observed overhauls in a nearby hangar.

“I knew instinctively how they functioned from watching them rebuild wings from the wrecks,” he said. The experience would ultimately inspire the rudder he sought to create.

“The rudders I build are an adaptation of aeroscience,” Stambaugh said. “If you think about it, rudders are foils. They function in the exact same way. By putting a flap on the back on the back of a rudder, I could make boats maneuver better than normal, so I began doing that.”

Rudders have long been a crucial but often overlooked component.

“The rudder is kind of the stepchild. It’s down under the boat and you don’t see it — it didn’t get a lot of attention. Remember the Titanic? They threw the rudder and nothing happened. They hit the iceberg because it took the boat such a gradual turn that they smacked into the iceberg that was straight ahead.”

In 1989, 10 years after losing his own vessel due to a lack of maneuverability in rough conditions, Stambaugh produced his first of five test rudder prototypes. Through testing, he discovered that one particular rudder design was ‘about two and half times’ more powerful than a conventional rudder, allowing for more maneuverability and better fuel efficiency. But building a durable rudder that could withstand the rigors of saltwater, vibration and wash from a propeller took more time and experimenting.

In 1999, he officially launched the business and has since helped revolutionize the rudder industry.