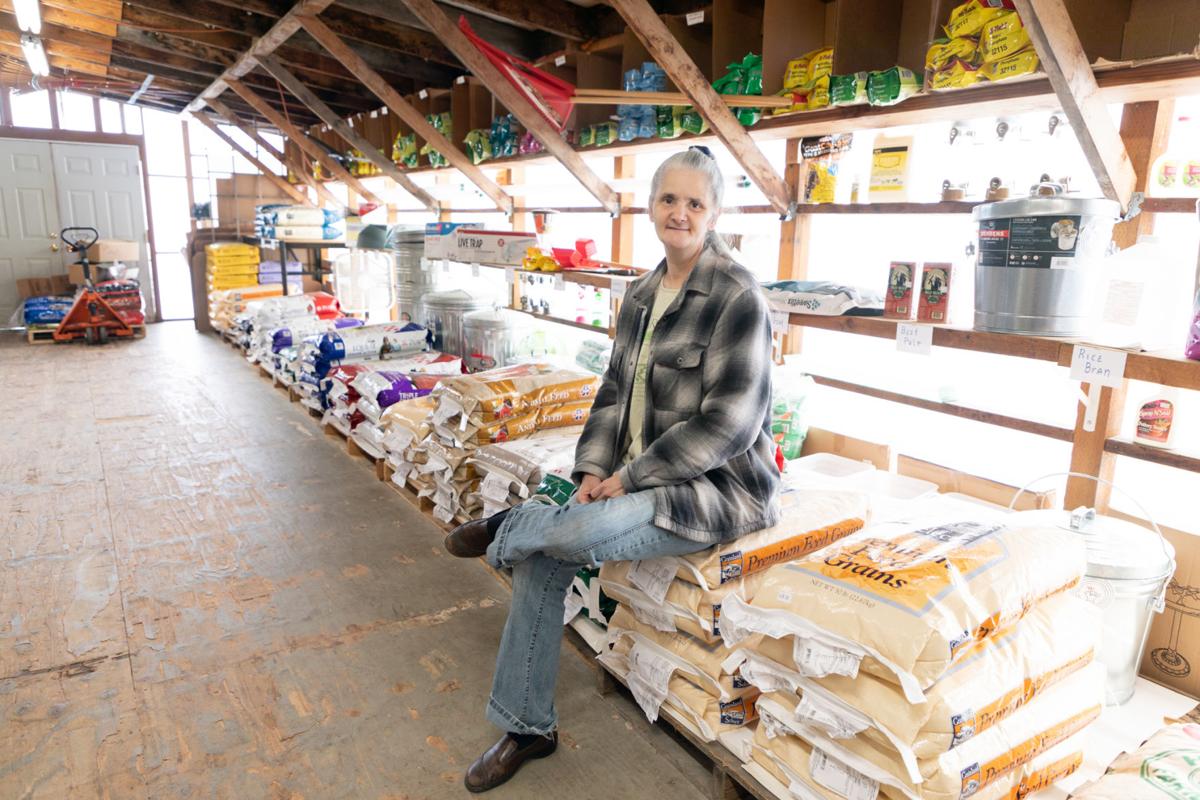 Teresa Millner is the owner of The Planter Box, a full-line lawn, garden and farm store in Long Beach. 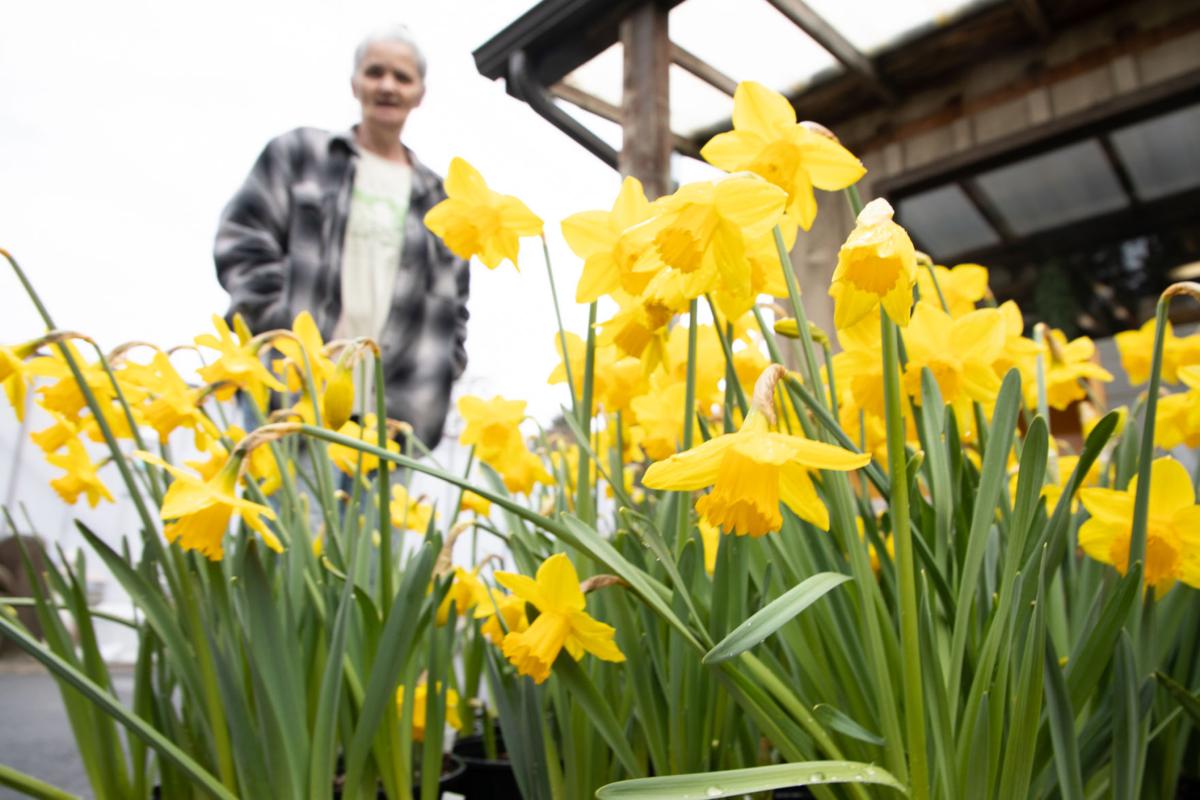 Daffodils are Teresa Millner's favorite flower. "I love daffodils because they give a spark of joy when it's dreary outside," she said. 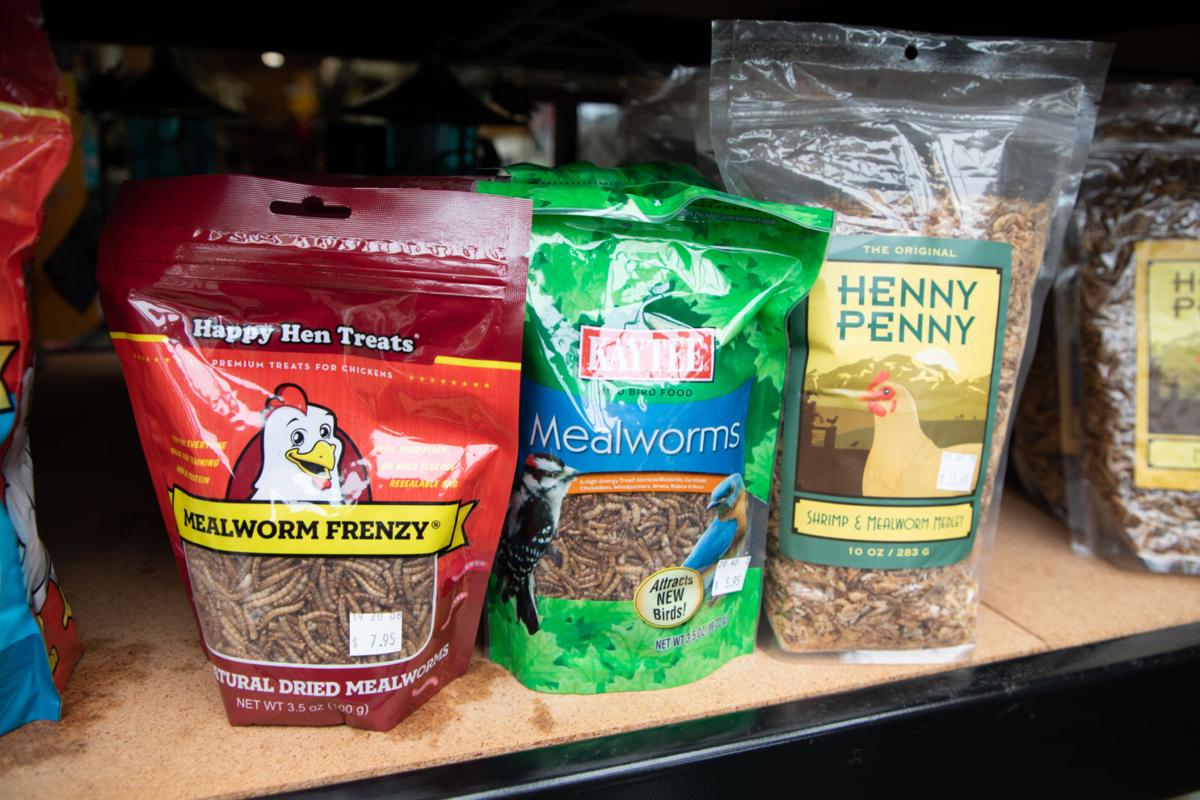 Several varieties of treats are available at The Planter Box for animals of all sizes from chickens to horses. Millner said chickens go wild for the meal worms snacks. "It's like chicken crack," she said.

Teresa Millner is the owner of The Planter Box, a full-line lawn, garden and farm store in Long Beach.

Daffodils are Teresa Millner's favorite flower. "I love daffodils because they give a spark of joy when it's dreary outside," she said.

Several varieties of treats are available at The Planter Box for animals of all sizes from chickens to horses. Millner said chickens go wild for the meal worms snacks. "It's like chicken crack," she said.

When did the business begin?

When did you first get involved?

“Technically, from day 1, because we were all snagged into helping. When they were building the building, we all had little jobs. We were always requested to work. If you don’t work, you don’t eat.”

Do you remember your first job or responsibility?

“Not really the early jobs, other than carrying flats (of plants) around behind my mother as she was transplanting plants.”

Has the business changed or evolved much since then?

“It’s changed dramatically. The main building is still the same square box, but the inside and greenhouses have changed. This room used to be a greenhouse, but we needed more room for feed and extra stock, so it was converted to a feed room.”

What is that giant plant in the back of the greenhouse?

“It’s a banana plant. It outgrew its pot and grew into the ground. At the time my dad said ‘Oh, I’ll deal with it later.’ And his 'deal with it later' never happened. It’s technically a houseplant since it won’t grow outside.”

How long has it been there?

Will it grow bananas?

Have you ever tried to eat them?

Can you tell me about the products you carry?

“We’re a full-line lawn, garden and farm store. We’ve a huge variety of animal foods for horses, chickens, pigs, goats, rabbits, dogs, cats, guinea pigs, ferrets, turtles, birds etc. The only thing we don’t have feed for cattle, because they usually go for just hay or grain, which cattle people buy by the truckload and usually have a supplier.

What’s the difference between ferret and rabbit food?

“Ferrets are actually carnivores and the rabbits are herbivores that don’t eat meat or meat byproducts, so they’re totally different.”

What kind of animal feed do you sell the most of?

“Probably chicken. There are a lot of chicken people on the peninsula. During the winter we sell more feed than plants. In spring we sell more plants than feed.”

When is the busiest season?

“The end of April and the beginning of May, depending on the weather. If it’s miserable people don’t garden, but if it’s ‘tweety birds' and butterflies, they are out there and wanting plants.”

What part do you enjoy the most?

“Working with the plants. I’ve had a love for plants since I was little and probably always will.”

Do you have a favorite type of plant?

“I would have to say my number one is daffodils. I love daffodils because they give a spark of joy when it’s dreary outside. The next would be primroses. I love all styles of primroses.”

What has been the impact of the covid-19 outbreak on the business?

“It brought in a number of people that would typically shop in Portland.”

Has the outbreak had any impact on getting stock?

“One of our wholesalers said if we buy right now we can’t return it. So if it was a mis-order, mis-shipment or the customer refuses it, you can’t return it. Another supplier said they were shorthanded so we needed to buy things in bulk, in full pallet quantities so we can use a forklift. There’s no more 10 or this or 10 of that. You have to take a full pallet or none at all. We typically order several different varieties of chicken food and keep the stock fresh by ordering monthly. But if we have to buy 40 bags each order, it won’t keep it fresh.”

What plants grow well out here?

“Cool-weather plants are what you want to start with this time of the year. There’s a possibility of freezing weather until May 10. We’re affected by Columbia with cold air coming down the river blowing off the snow-covered plains inland. It can make us colder, especially at night.”