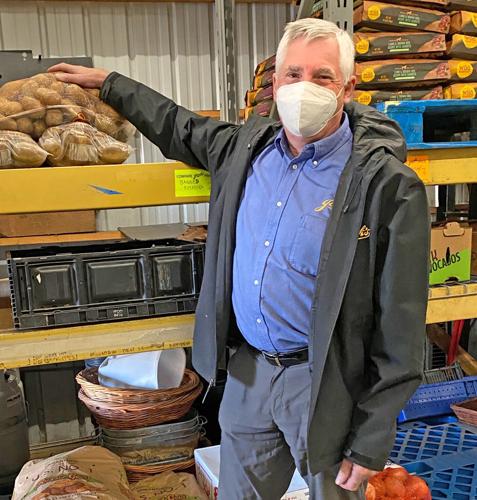 Tom Downer, owner of Jack’s Country Store, has played an important role during the pandemic, doing things like providing free potatoes to those in need. 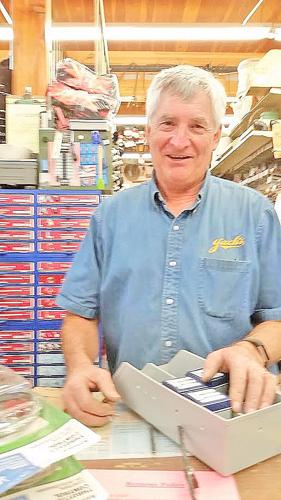 Tom Downer is the president of Jack’s Country Store, the oldest continually-operating retail business in Washington.

Great. So could you tell me a bit about the history of the store?

“We are the oldest continuing retail business in the state of Washington.”

Wow. When did it start? And how did your family become involved?

“The store was started in 1885, which is four years before Washington became a state. And the founder was actually a driver for the owner of the stage line. The stage line ran on the Ocean Beach back in those days. The business was started in Oysterville by a man named John Morehead. The business remained in the hands of his family members until 1969, when my parents were the first ones to buy the business who were from outside of the family. So we’ve been here since 1969.”

How has it changed over the years?

When did you start getting involved in the business?

“I had little choice. I was 16 years old when my parents bought the place and they needed a labor force.”

“Ocean Park was a much smaller place. It was very quiet around town in the wintertime. But Ocean Park has grown significantly in the past 50 years. There’s lots and lots of buildable real estate in the vicinity so we see a rather steady stream of people who have vacation homes or cabins and then they continue to improve those and turn them into second homes, then they turn them into permanent homes. In the past year, we’ve seen an enormous conversion of what had been vacation homes into primary residences.”

What has that meant for the store? Have you been getting a lot more traffic than back in the day?

“We’ve been on a steady pattern of growth for many, many years, but the rate of growth in this past year is something we haven’t seen in 25 years.”

Oh, really? Is that because of the pandemic?

“Yes, largely because of the pandemic. We’ve done some other things as well. We’ve always looked for opportunities for growth and our business model is to focus on what I call functional, utility merchandise, rather than so much of the touristy items. So with our wide range of sources of supply, we were able to stay ahead of many of the trends in the markets. For example, we never ran out of toilet paper. We came awfully close but we never ran 100% out of toilet paper.”

Yeah. Good. And that was because you have a wide range of sources?

“We deal with nearly 1,000 vendors on a regular basis, so we were just very well situated for improvising when it came to the sources of supply and the means of fulfilling the needs for customers.”

How else has the pandemic affected the store?

“It’s not strictly because of the pandemic, but the pandemic certainly contributed to us having fewer people wanting to join the workforce in an environment like ours. We struggled to maintain adequate staffing this past year. Even though we were desperately seeking additional help, we were forced to actually abbreviate our hours of operation. But the net result was we were able to give our entire staff some very big bonuses.”

That’s nice you were able to do that even though you faced those challenges.

“Early on there was such a panic. So we turned out a little statement that reads, ‘Thanks to our community, this business has survived burning to the ground three times, two world wars, stock market crashes, isolation when the clamshell railroad quit, the Great Depression, the eruption of Mount St. Helens, Y2K, 911 and the Great Recession.”

“The Y2K panic actually turned out to be a training session for us. We didn’t know that the lessons we learned 20 years ago were going to be as valuable as they were this year. You’re probably not old enough to remember the Y2K panic?”

I was pretty little back then.

“All the computer programmers were using two digits for the year. There was this widespread fear that all the computers were going to crash effective midnight, December 31, 1999 because it was going to roll over to ‘00.’

It lit off a firestorm of preppers and there were runs on guns and ammo, on shelf stable foods. At the time, we were selling a line of kerosene lamps that was the high-demand item. I happened to meet a guy whose business is in Amish country in Ohio and he had built his store as the non-electric superstore. He had the rush like nobody else anywhere in the world and I learned a lot from that man, his name was Jay Lehman.

So this spring, when we saw there was a rush on garden seeds, we started thinking forward. Okay, what’s next? And of course, it turned into canning supplies. It turned into the vinegar, the salt, the sugar, you know, everything that would go with home canning. There were lots of those gambles we took and very fortunately for us, we didn’t get hung on any of them.”

Yeah. Well, what are you looking forward to for your store in the coming year?

“We’re still on a very strong growth trajectory. Of course, we’re always focused on having what people need, rather than trying to sell them something they don’t really want.”

It seems like the store offers a huge variety of things. So what are some examples of that?

“We stock more than 250,000 different items. We have a full-line grocery with fresh meat, fresh seafood, produce, bakery and deli items. And we’re a full-line hardware store as well. We’re extensive in plumbing and electrical as well as paint, garden, housewares. We have some clothing and we do quite a bit in the way of sporting goods. We manufacture a line of razor clam digging equipment. We manufacture an oyster knife. We sell gas and diesel. We have a project underway right now where we’re putting in new underground fuel storage tanks. We’re soon going to be offering high-flow diesel and non-ethanol gasoline to our fuel islands.”

Alright, is there anything else you want to add about it being a family business?

What is that like for you, having grown up in the business and then now having your daughter and her family be part of it?

“I’m very pleased that she made the choice. It’s one of those things where a parent shouldn’t be trying to decide the child’s future but is very pleased when the kids decide that they want to participate and relieve the parents of so many of the headaches and challenges that come down the pike every day.”

What else do you want people to know about yourself?

“I’ve always been very active in the community. I served as a volunteer firefighter and EMT for many years. And I’ve also been on the board of the local fire protection district for close to 30 years. I’m vice president of the Ocean Park Area Chamber of Commerce. I’ve served on numerous committees and groups, I’ve been very active in a lot of civic matters and I’ve followed in the footsteps of my parents who did the same. We are always trying to support the community that supports us.”